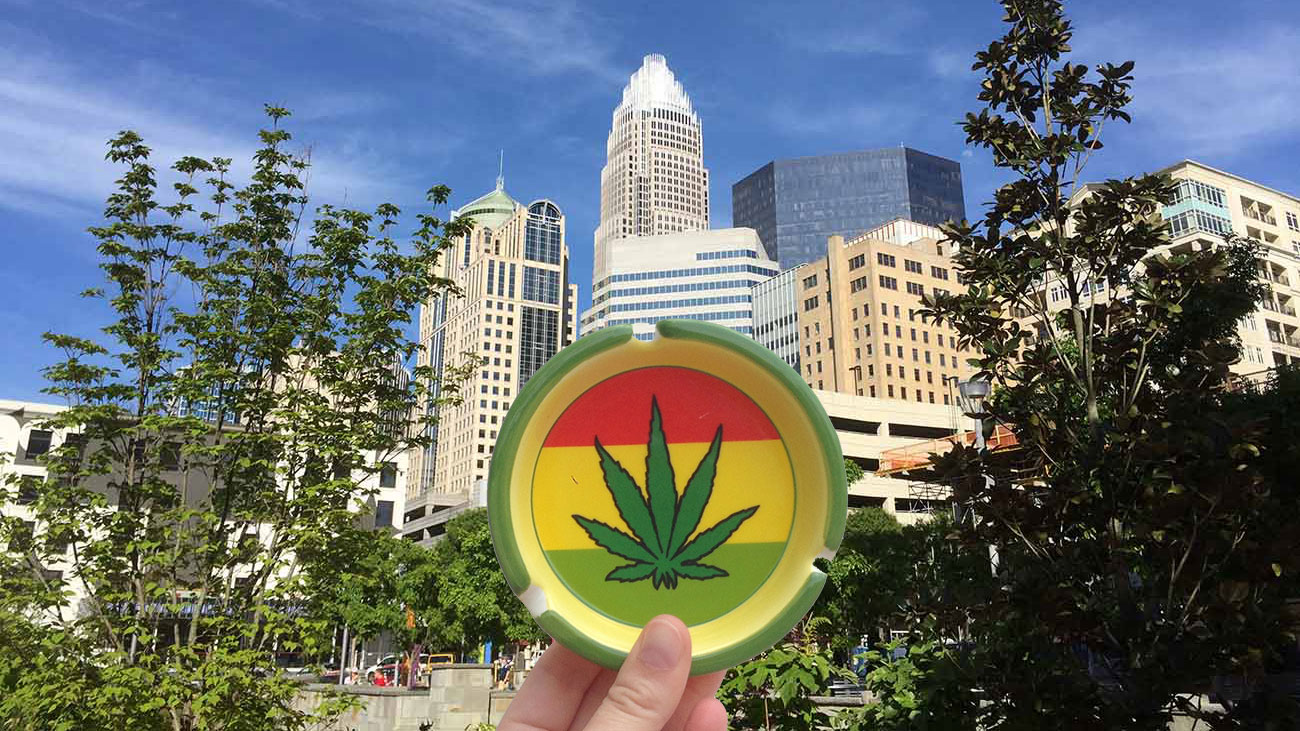 Some of us tried it in college, some of us keep trying it, and some of us prefer alcohol. But no matter what your history is with weed, you have an opinion on whether or not it should be legal. But this article isn’t about legalizing marijuana. All the statistics about taxing marijuana to raise government revenue go way over the head of someone who still doesn’t know how to do long division.

Instead, this article is about decriminalizing weed in Charlotte. But what would that entail? 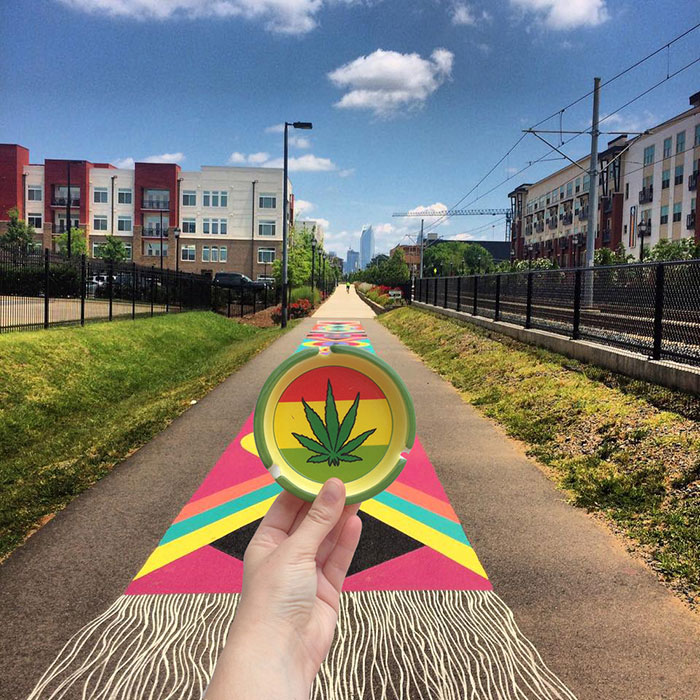 As an example, Philadelphia recently decriminalized marijuana and now has a $25 fine for people caught possessing small amounts. (Of course buying weed, having other drugs or driving under the influence can still lead to arrest.) When I visited Philly a few weeks ago I expected to see huge changes. I anticipated an Amsterdam-esque atmosphere with plumes of weed smoke smacking me in the face at every turn. Side note: I’ve never been to Amsterdam but I imagine that this is what it is like.

But, no. There were no plumes and I didn’t see so much as a guy wearing a Bob Marley shirt the entire time I was there. But even though I couldn’t see it, Philly did change after decriminalizing weed. What changed was the number of arrests. According to the Philadelphia Daily News, close to 4,000 people were arrested for possessing a small amount of weed between 2013-2014. And of these arrests, African-Americans were five times more likely to be arrested than whites. A year after decriminalization? Only 1,000 received citations.

I hear you saying, “But Mary, Charlotte is nothing like Philadelphia. We don’t have those kinds of problems here.”

Not so fast, Agenda reader. 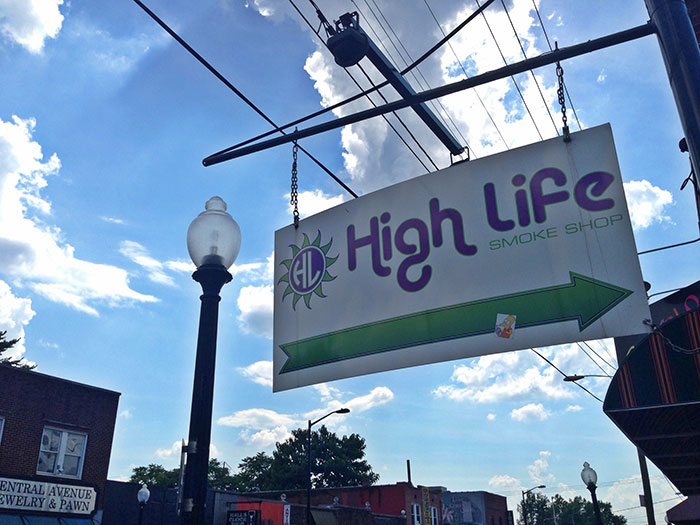 In February, The Charlotte Observer reported that our own mayor is “deeply troubled” by the disproportionate number of African-Americans being arrested for possessing small amounts of marijuana. The article states, “In the last two years, 26 percent of African-Americans charged with possessing less than a half ounce of pot were arrested. During the same time period, 9 percent of whites were arrested.”

It seems to me that one solution (besides arresting fewer African-Americans and more white people) would be decriminalization. This would take the option of arrest away from law enforcement and ensure that everyone possessing a small amount of weed would receive the same, fair fine. 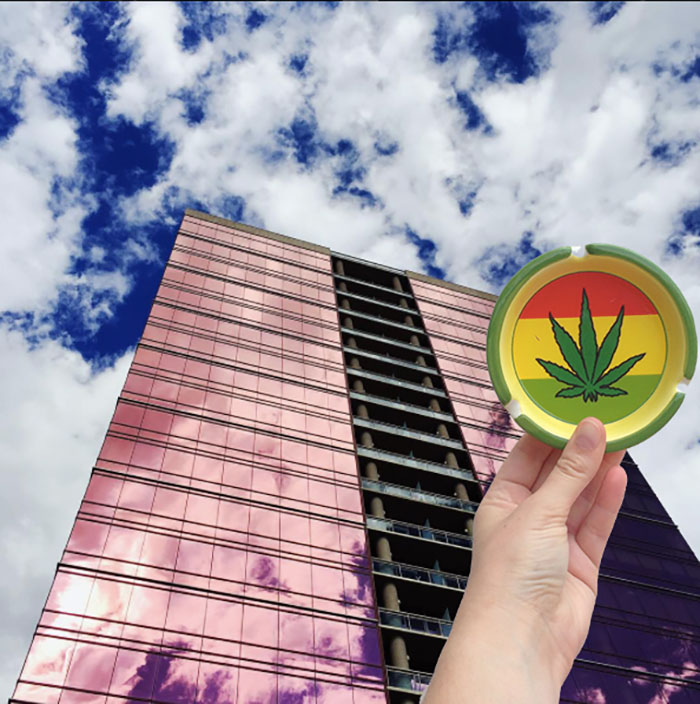 I completely understand these arguments. Personally, I don’t want people to think it’s OK to drive while high, I wouldn’t want middle-schoolers to switch from weed to heroin, and I certainly don’t want Charlotteans to wake up with three empty Domino’s pizza boxes next to their beds. 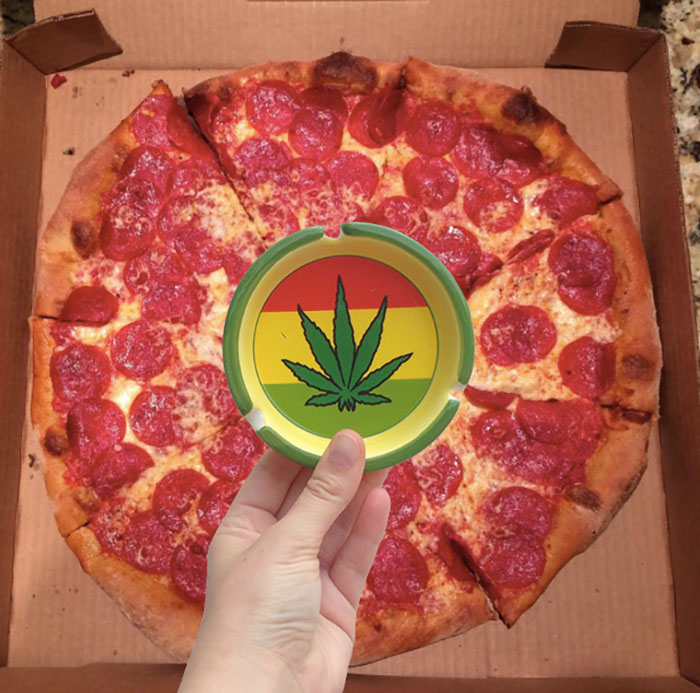 So should we decriminalize weed in Charlotte? I think we should.

But, to be honest, my research didn’t turn up much information about the cons of decriminalization. Is this because I was looking in the wrong places? Are the pro groups just more vocal? Or are there just not that many cons to talk about when it comes to decriminalization?

Final side note: I was going to interview a police officer for this article. In fact, I got so far as to ask Andrew Dunn to reach out to one for me. Unfortunately, my request to Andrew was accidentally forwarded to the police officer. My subject line? “WEED.” Yes, in all caps. 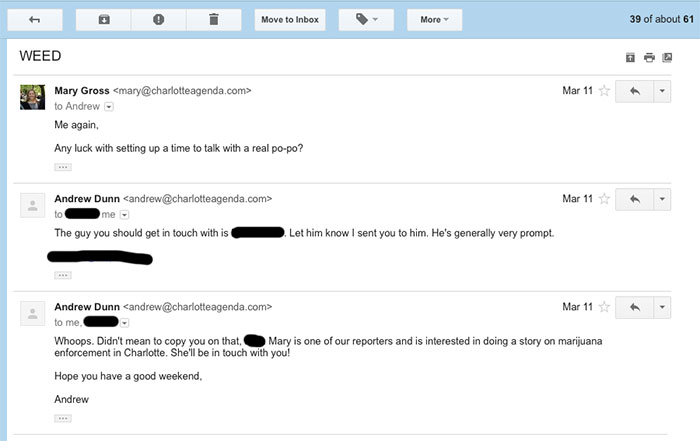 As you may have guessed, I never got a response and am probably now in the CMPD system as a suspicious person. 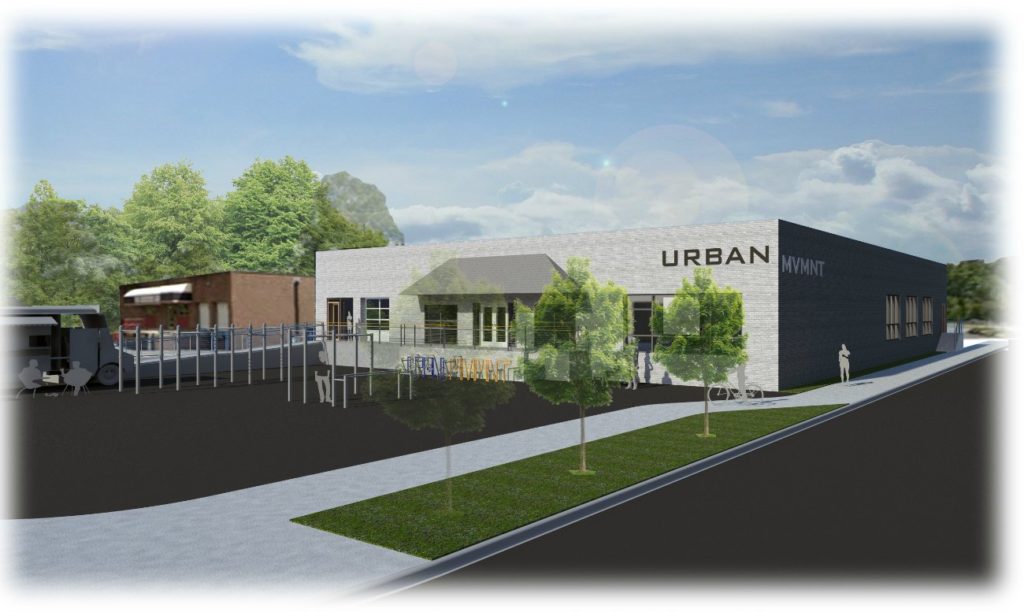