Charlotte artists on visibility, community, and the art of belonging 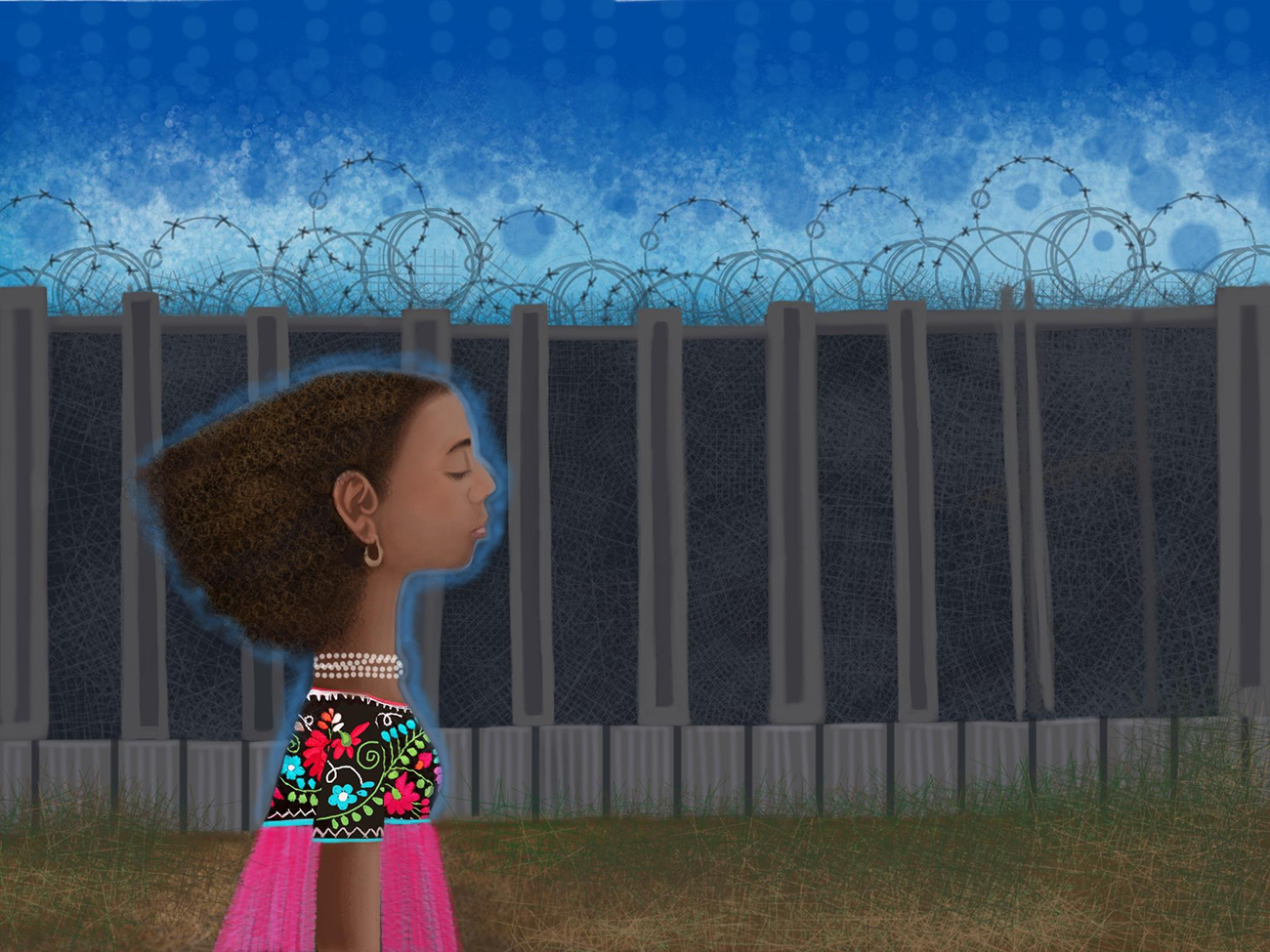 “The arts are not just a nice thing to have or to do if there is free time or if one can afford it,” First Lady Michelle Obama said in her 2009 opening remarks at the American Ballet Theater in New York City. “Rather, paintings and poetry, music and fashion, design and dialogue — they all define who we are as a people and provide an account of our history for the next generation.”

Perhaps the same acknowledgement is to be said of Charlotte — a city quickly defining itself among a robust art community, a bevy of museums and galleries dedicated to all five senses, and the growing sense of wanderlust from coffee shop galleries to art crawls.

Along with the deeply developing rich diversity of our communities, our art evokes visceral discussions on narratives local artists challenge us to consider as we examine our growth, our politics, and our future.

We conversed with several artists documenting Charlotte’s history as it is being made. From protests against police brutality to immigration to fostering Charlotte’s cool factor, digest the work of local artists holding us accountable for the many narratives emerging from the Queen City. 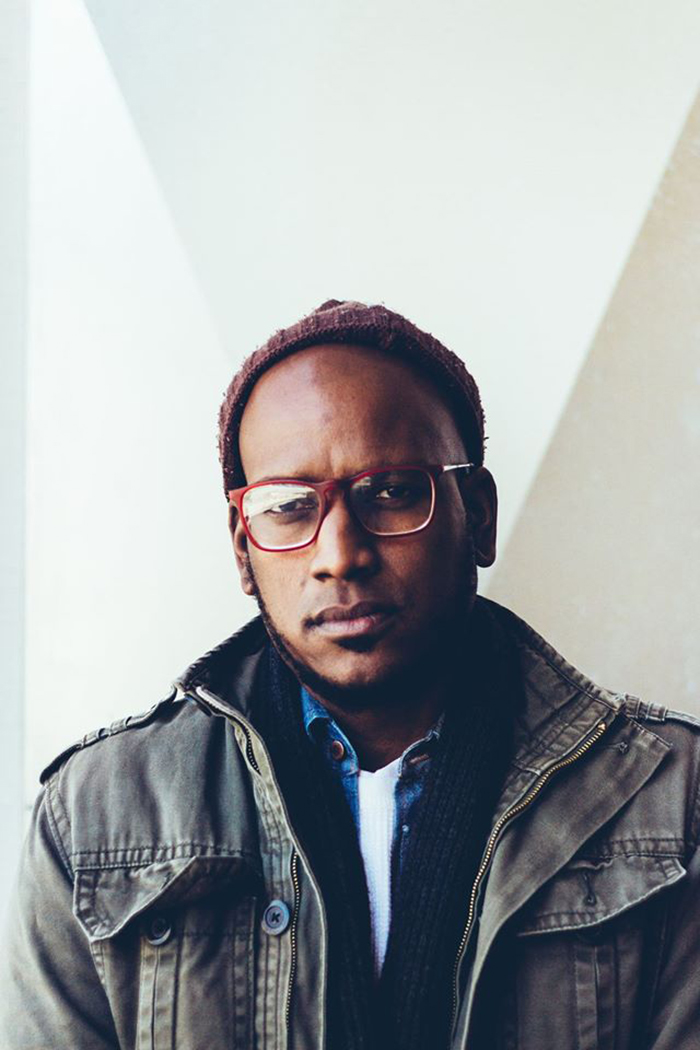 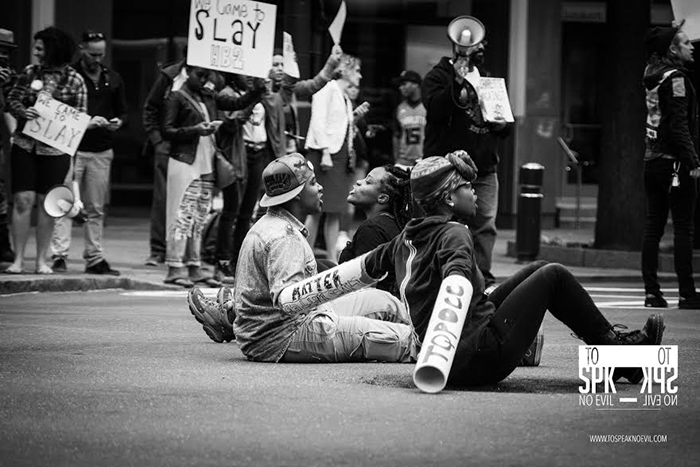 This image was from the Confederate Flag Protest Rally in Columbia, South Carolina. There was intense opposition for the open support and police protection of the flag bearers. The groups in favor were chased from the State Capitol grounds and forced to hide in an adjacent parking garage awaiting police escort. 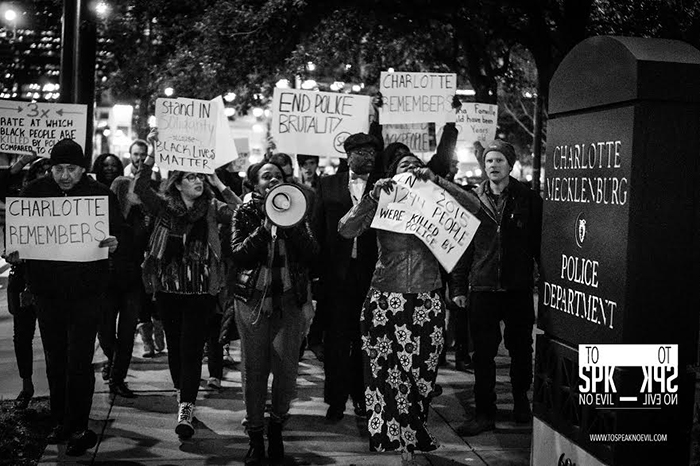 This action was in Uptown Charlotte at the police precinct. The protest was in solidarity with the family and friends of Janisha Fonville for anti police brutality and the need for increased officer training and accountability.  Many people don’t know that Janisha struggled with mental health issues. 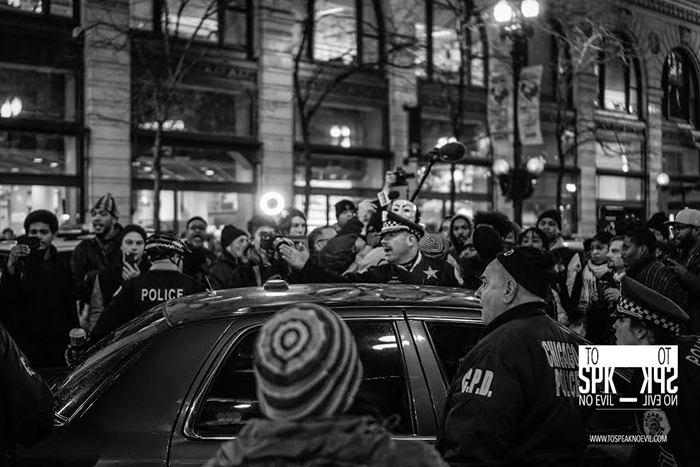 This is from the Laquan McDonald protests and really sums up the actions in the street to remove Defense Attorney Anita Alvarez from office. I was walking out of a store preparing to catch the protest a few blocks away and they walked right past my block. This series of events documented how important the people are in terms of political power. Former Defense Attorney Alvarez was defeated in the upcoming election. 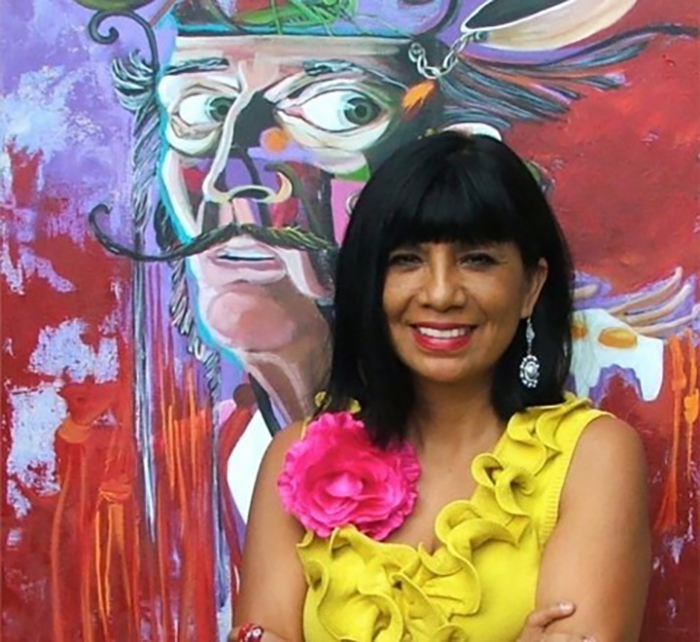 “I am actively engaged in revealing Charlotte’s Latino culture, and I consider my work to be a bridge between the Latino community and other cultures—including native Charlotteans and Southerners. “I was inspired by an NPR story I heard about a 6-year-old girl (Virginia) who stopped talking after her father went through deportation proceedings. In a magical turn of events, I was connected with her when Johnson & Wales University published this in their annual Arts Review and put me in touch with Dr. Zayas, the head of the Sociology Department at the University of Texas at Austin, who worked with her. 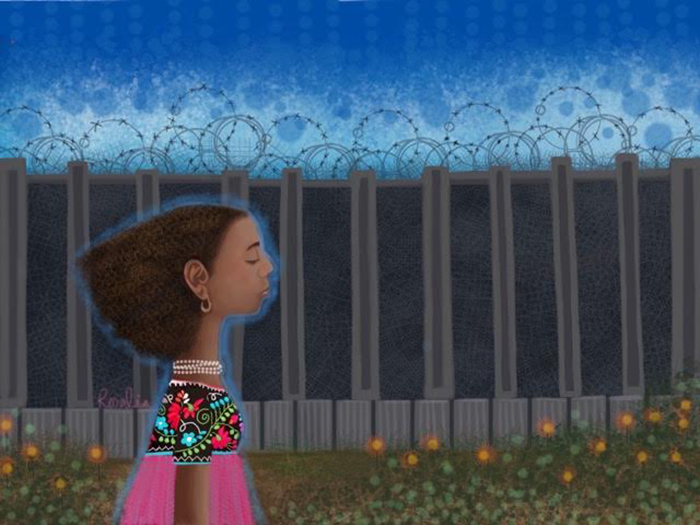 A depiction of the massive fence that separates families at the U.S. Mexico border (including mine). This painting depicts a young Hispanic as the Statue of Liberty—long a symbol of hope and freedom for immigrants to America. I feel strongly that a change is coming in the national debate on immigration reform, and that it will be championed by the next generation of Hispanics, the children and grandchildren of today’s immigrants. This painting will be part of a 2017 exhibit in Washington D.C. titled “Gateways” that centers on Latino migration and experiences in Washington, D.C., Baltimore, MD, Charlotte and the Triangle region of North Carolina. A reinterpretation of the original, with a modern demographic twist. This painting is part of the traveling exhibit “¡NUEVOlution! Latinos and the New South” currently at Levine Museum of the New South until 2017. 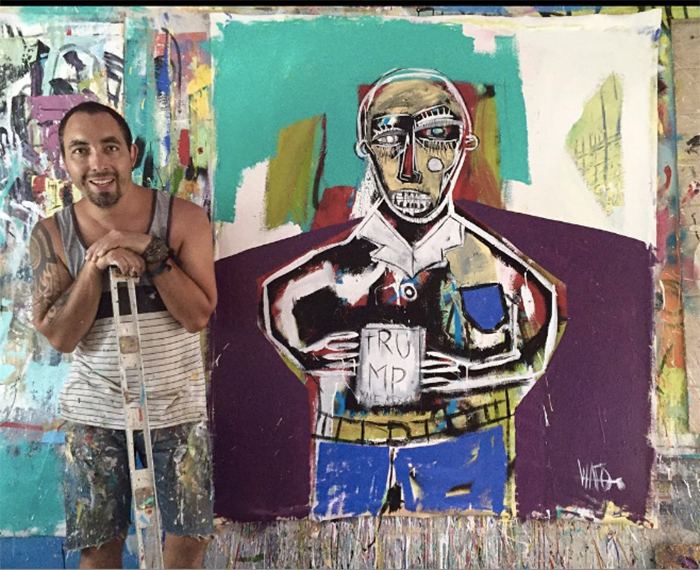 “Charlotte is a fast growing city and as it builds her own identity, I feel as an artist that I need to create / illustrate a timeline of all that’s happening (socially, and politically, mostly). The best example is Latinos were mostly landscapers and construction workers when I arrived in CLT. Now we are business owners and entrepreneurs.” 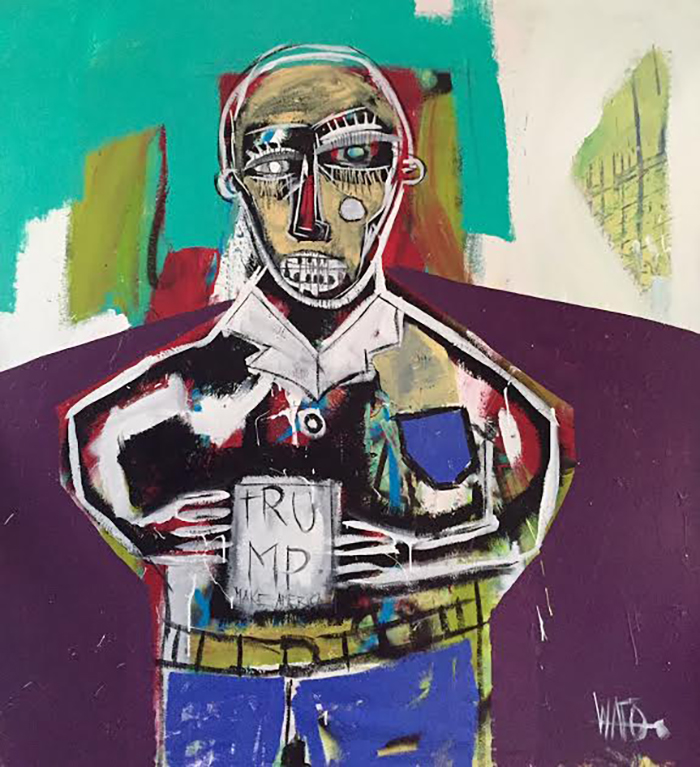 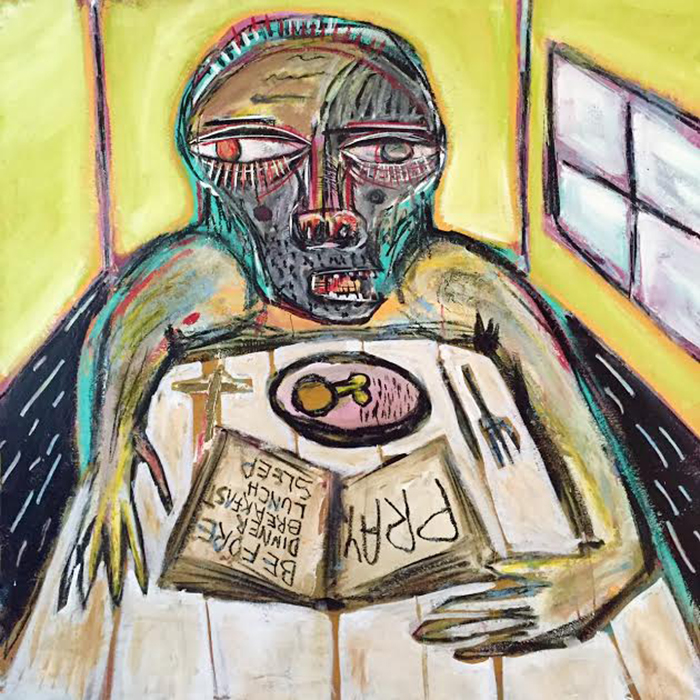 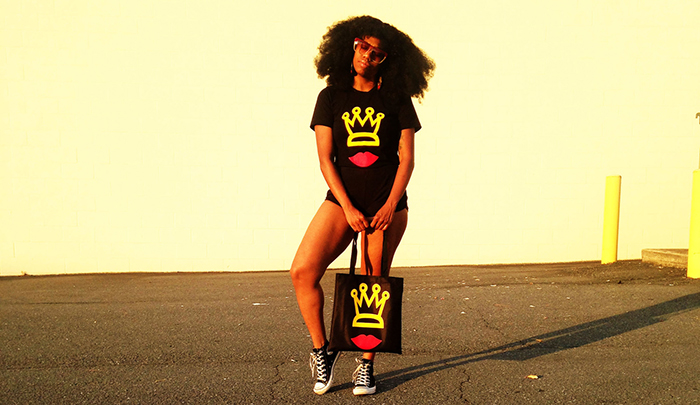 “I want to be able to convince those younger than me that we don’t have to move to a popular oversaturated city to create. We have to show that we have talent right here and make people come to us. We have to put in work, come together and build the creative community that we want.” 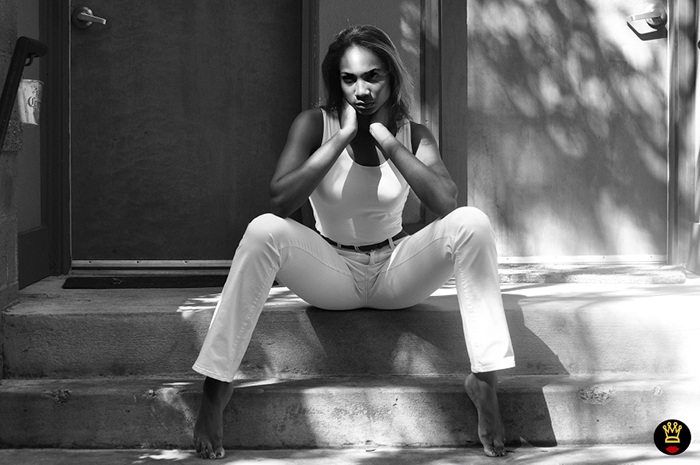 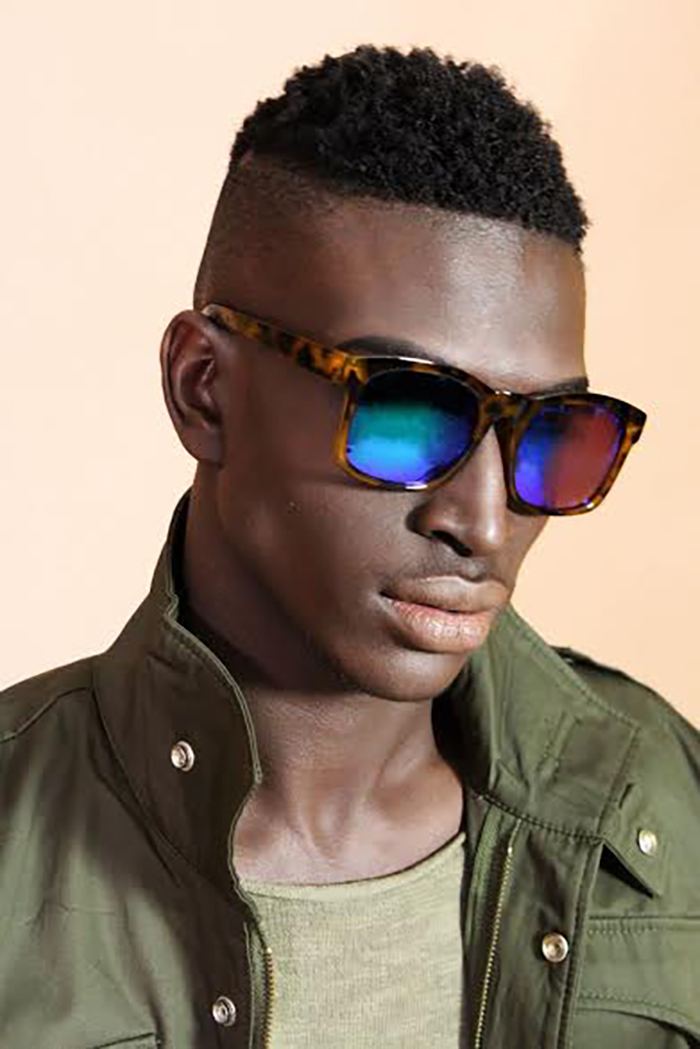 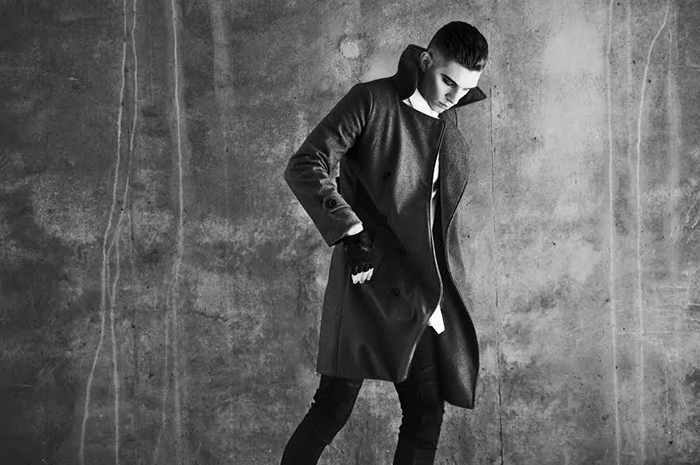 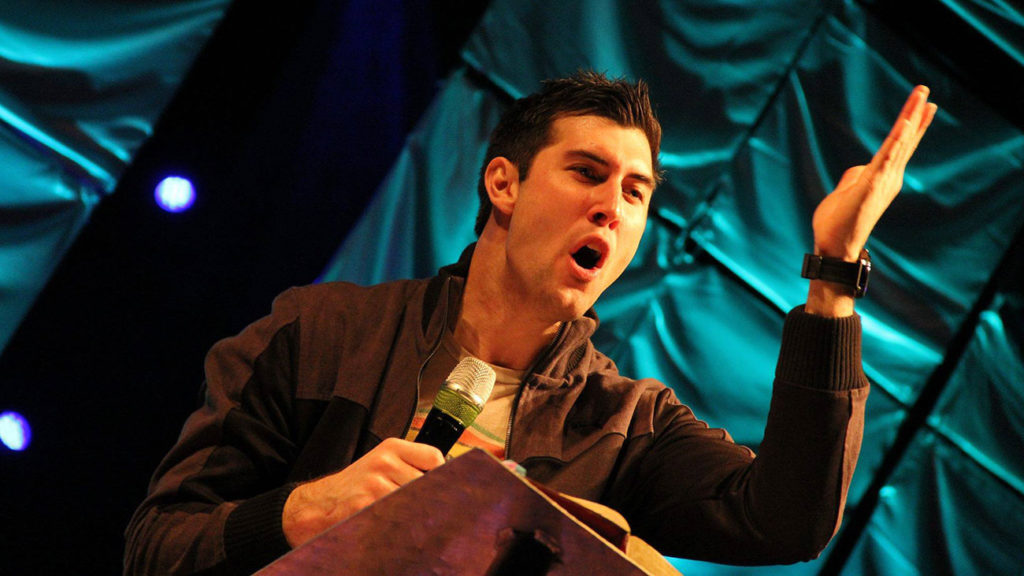