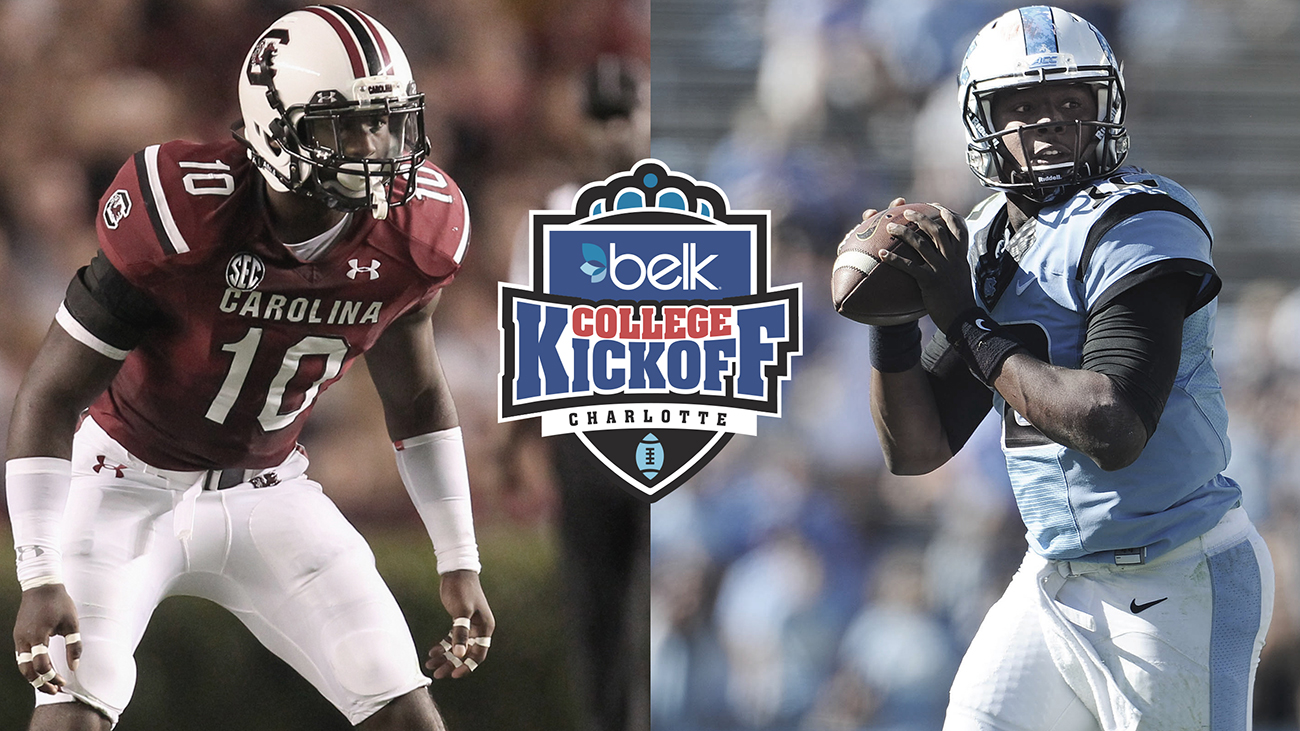 On September 3rd, Charlotte is going to host the first major college football game for the 2015 season. This is a really big deal. Not because our city will be the center of the national sporting stage, but also the tens of millions of dollars of economic impact that will positively affect our hotels, restaurants, and businesses. As a disclaimer I work for the organization putting on the event*, but I could not be more excited for this game as a resident of Charlotte. Games like these put Charlotte in the national spotlights and show that we are equal to Atlanta, Houston, New Orleans, and other cities that host major sporting events.

As we continue to plan this event I can tell you this is going to be a day of sports that is going to be epic. Plan on starting your day with a noon Knights game, and immediately following outside BB&T BallPark you can enter a fan fest that will feature multiple music acts, performances, and most importantly plenty of food and beverage. Then head into the stadium for what looks to be the first nationally televised game of 2015 on ESPN, and watch some great college football.

Lastly, I need to tell you that if you want to purchase tickets…hurry up. They go on sale at 10am today and here is the link to purchase. Yes ,it is part of my job to sell these tickets, but we are also projecting a packed house so be sure to reserve your spot ASAP.

PS: If you want to have fun in the meantime vote in our who wore it best competition between the head coaches of UNC and USC.

Agenda for Tuesday June 2: Downtown Matthews has chicks and beer, wrapped in charm