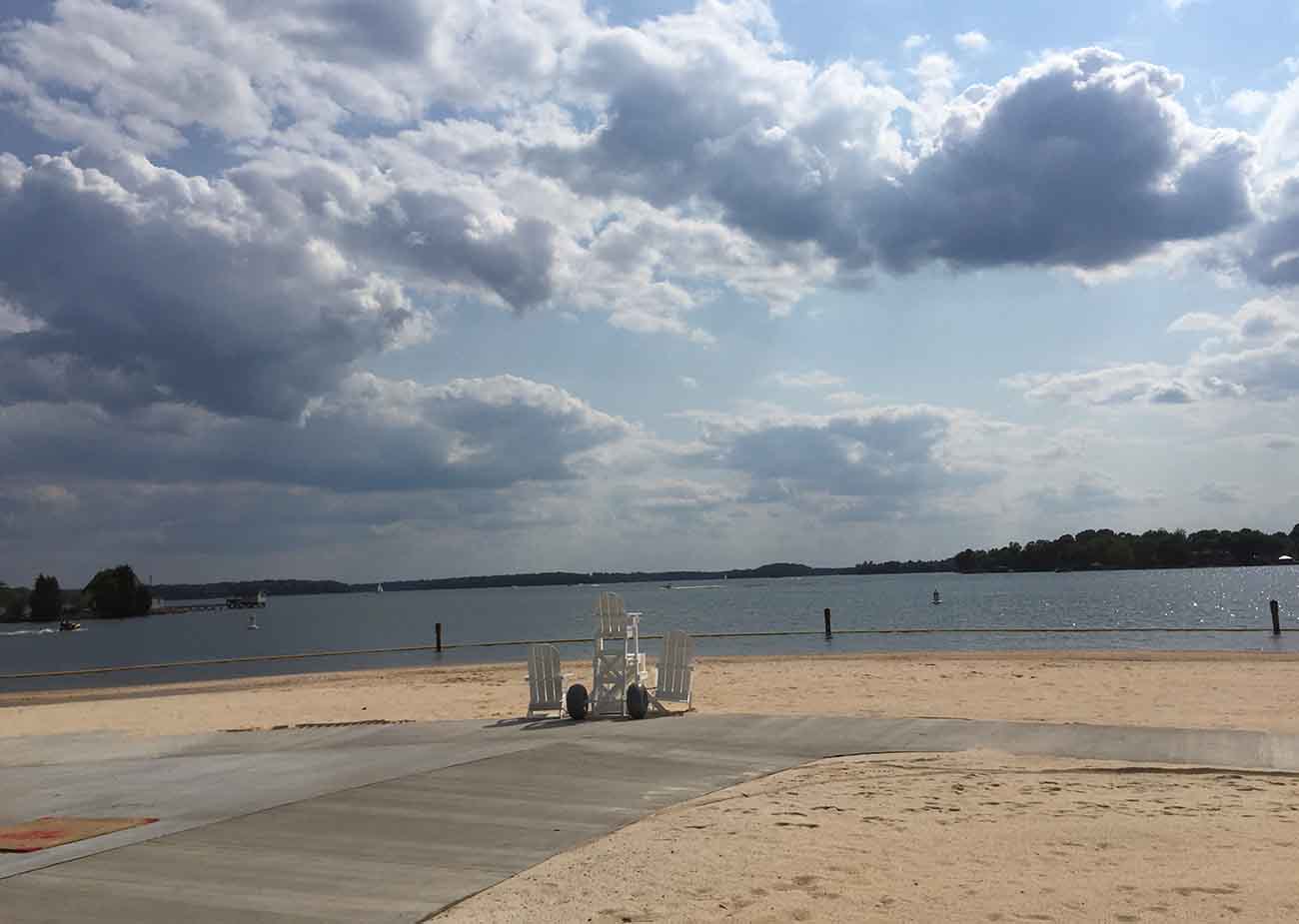 Last month, I told you that Mecklenburg County would be getting its first public beach this year. 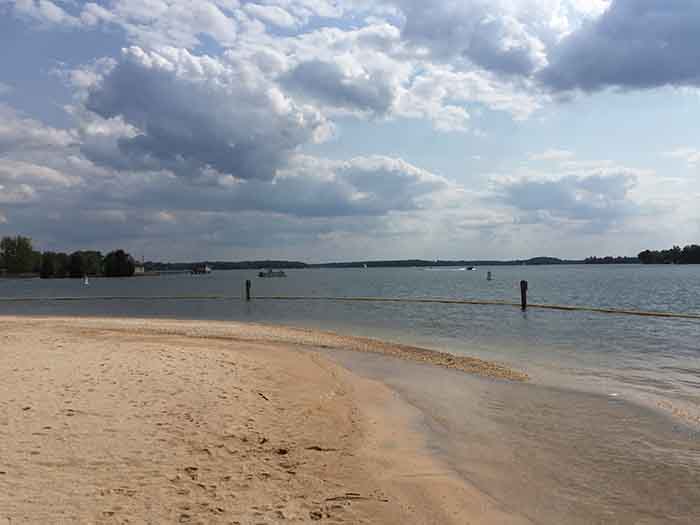 An overwhelming amount of the response was positive and the beach was packed when it opened on Memorial Day weekend.

An hour in, families were having to be turned away from the small plot of land (which is just over a quarter of an acre).

Just as quickly, complaints started to roll in from residents.

What was expected to be a modest crowd turned into 8,000 visitors on opening day and 16,000 on Memorial Day. The small parking lot, with fewer than 150 spaces, filled up quickly, leaving beachgoers to find parking elsewhere: up and down residential streets in the area.

Driveways and yards were turned into parking lots, and it hasn’t stopped. In fact, it’s gotten worse – so much so that a town hall meeting was called last night.

“With 500-some odd miles of shoreline, you pick Ramsey Park? No parking? On a one-way street?” one questioned. “My wife and I, respectfully, are calling it a mistake, because that’s what that is.”

Residents report that their yards are being driven through, doors are being knocked on asking for a place to park and trash is often left behind throughout the area. Essentially, what was once a clean, quiet residential area has been turned into just the opposite.

“I mean, from panties strewn across our yards, to baby diapers, to six packs,” one citizen complained. “That’s what we’re dealing with.”

Before they can do anything else, they have to make sure that everybody knows just where they’re going.

The roads leading the Ramsey Creek Park aren’t known for being well-marked, and that’s a problem that citizens are paying for daily. The number of driveway turn-arounds, for one, is staggering, neighbors say.

“Saturday, within the three hours I was at home, 55 cars mis-turned down Yachtman,” a resident said. “And I’m the first drive they come to, so they turn around in mine unless I’ve got it blocked off or I’m manning it.”

And if it’s blocked off, they simply move on until they can find a suitable driveway. When they can’t find a driveway to turn around in because residents have reached the point of blocking them off with cones, they resort to three-point turns, often running over lawns.

“I’ve already got dead spots in the grass,” a resident of Nantz Road said.

In response to this common complaint, flyers have been made in both English and Spanish with clear directions, which should help eliminate the confusion that adds to the traffic.

By decreasing traffic flow, the local government is hoping to lessen these issues.

Their first plan of action is to vote on a changing of the fees to get into the beach itself. When it opened, it was $3 per car for county residents and $5 for non-county residents with no charge for walk-ins.

Walk-ins have been an issue for residents. Because walking in is free, it’s causing beachgoers to park up and down residential streets in massive numbers. Moreover, it’s causing the beach to be treated as though it’s worth nothing, neighbors say.

“I understand you want it to be accessible to everybody in Mecklenburg County, regardless of their income. I understand that and I want that, too,” one woman stated. “But when you don’t put a price on something, what you convey is that that something is worthless. You’re saying it has zero value. And people that want to partake will also value that thing at zero.”

They’ve enlisted CATS to help, too. 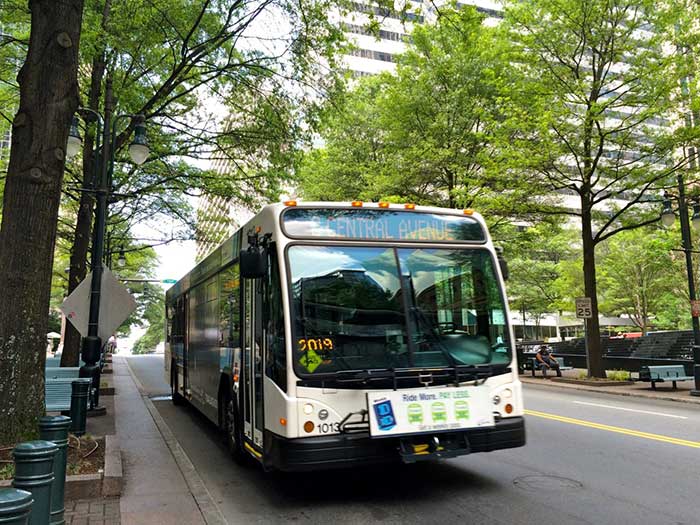 On Northcross Road, just less than 4 miles from the beach, there’s a park and ride location. The plan is to enlist two express shuttle busses, whose job it is to shuttle beachgoers to and from the park in 15-minute intervals on Saturdays, Sundays and holidays, dropping them off right at the entrance to the beach – for free.

“There are 275 spots there,” said a spokesperson. “It’s just a logical place to run a shuttle.”

The incentive is to make people prefer to ride the bus for free rather than walk in and pay the $5 fee. This, they hope, will eliminate the want to drive and walk.

And when the area gets too crowded (the park holds 2,000 people while the beach is more suited for 500), the shuttles will shut down until the beach has a chance to thin out.

“The main idea behind that is to accomplish two things that I see are the main problems,” he continued. “One is your walk-ins, two is the traffic.”

But this isn’t enough for citizens, who still had questions, concerns and annoyances, one of which is that the area simply isn’t made for this. Here’s why. 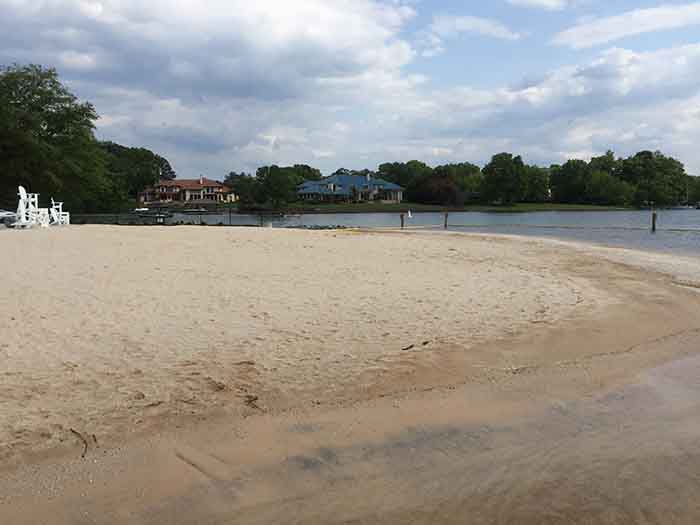 The parking situation needs to be re-evaluated and redone.

He elaborated on this by presenting numbers: at Great Wolf Lodge, with a 2-acre waterpark, there are 600 parking spots and four access points.

The Whitewater Center has 2,500 parking spots for up to 5,000 people on normal days (not including concert days), which is about what the beach experienced its first weekend.

At Carowinds, there are over 6,000 parking spots with seven access points. Carowinds is built to handle 26,000 people on any given day; in its first two weekends, the public beach hit half of that.

Now imagine that traffic going down a dead-end road all day. People are now lined up, waiting for cars in yards and up and down the street.

The parking situation was called “ill-conceived” and “irresponsible,” one person said, garnering applause from those in attendance.

The traffic improvements that citizens were promised haven’t happened yet.

“That light at Catawba was supposed to be up and running before the park opened. What happened?” a resident continued. “I can tell you, I have to turn off of Catawba onto Nantz every night on my way home from work. I have a new record. I have watched 82 cars go by before I can make a left-hand turn, and that hasn’t gotten better since the park opened.”

The light may not be the end-all, but it may help with the traffic. Officials are looking at a three-week window.

Walk-ins may be charged beginning next weekend, but what about the spots that are easily accessible from other points? 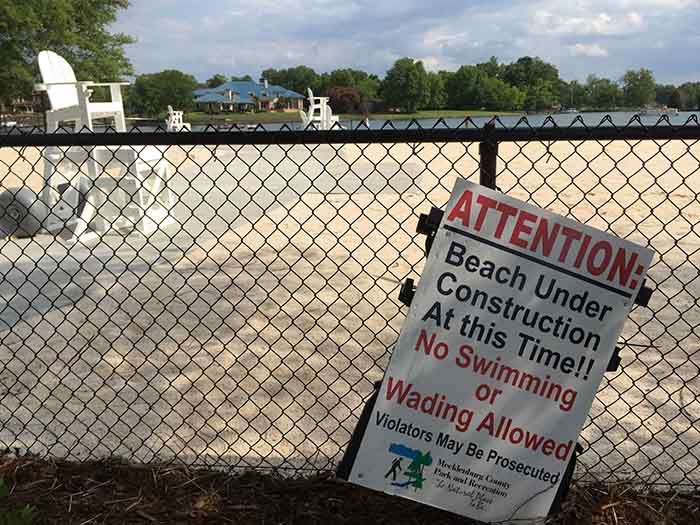 “By the dog park, on the sidewalk on the Nantz Road side, it’s a short hop to the park,” one resident mentioned. “We live there, and we know we can walk through that way. And there’s also another one not too far from the Griffin property where you can walk through the woods and get into the park.”

The best response is to begin a wristband policy.

“What’ll happen is if anybody does do a walk-in, then what’ll happen is they’ll try to get to the beach and when they get there, they won’t be allowed into the beach,” the spokesperson said. “They’ll have to come back and get a wristband.”

The possibility of safety in extreme weather conditions is nonexistent.

“Lake Norman State Park, for instance,” a citizen started. “They have a shelter, [with] a capacity to hold everyone on the beach. Their parking is also right there. Everybody that’s on the beach has access to their car, so that’s a problem that none of these solutions address.”

A local engineer, whose job it is to report it if he feels citizens aren’t being protected, recently filed with the federal government this week in a bid to make the street safer from things like the “pit,” a steep drop-off on the side of the road. He believes that had he not, no precautions would have been taken and no adjustments made.

One resident feels as though he can’t leave his teenage kids at home while he goes to the store for the sheer number of strangers traipsing through his yard.

With the ‘No Wake’ signs that used to run the width of the beach from shore to shore gone, swimmers and boaters are also putting themselves in danger, often coming close to colliding with the Marine Police dock. This is the same spot the drownings in the 1970s that caused public beaches to be outlawed. 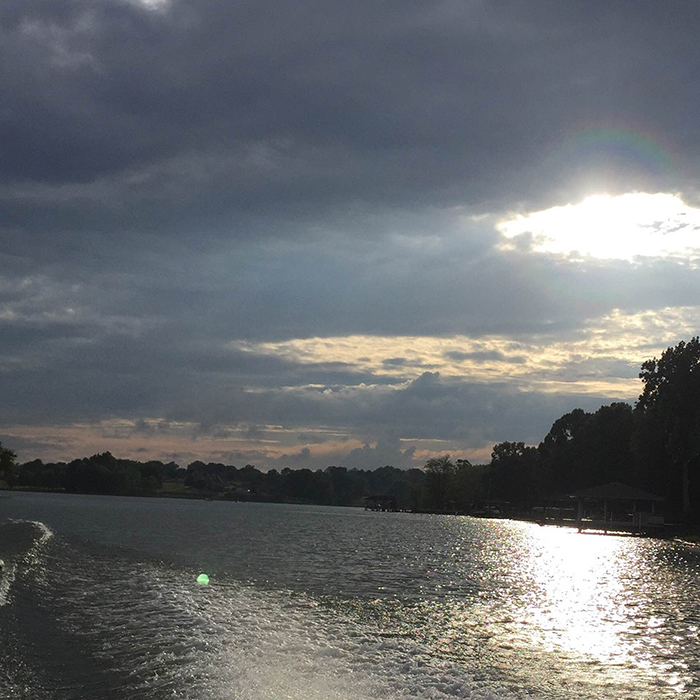 Residents that used to enjoy kayaking can no longer do so because it’s simply not safe. In a sentence, their “way of life has been flipped on its head” and it worries residents when it comes to their property values.

And that stigma? “Won’t go away for a while.”

Even the water quality raises questions of safety.

“You put that many people in that small of an area with eight toilets, and not expect the water chemistry to change,” a citizen started. “It ain’t gonna happen. And I request for you guys to prove that, not just say – I believe your unit of measurement last week was, ‘No complaints,’ and that’s not good enough.”

His statement was met with applause and a promise to send electronic reports daily from the board.

More than anything, citizens want the number of people allowed into the park to change, if not be reduced to zero.

But can it be done? As one resident stated, so much has been done that it would be impossible to “flip it over” and start again.

Many think that the efforts from the local government are “heroic,” but, at the end of the day, are band-aids that aren’t going to fix the problem. Citizens are hoping that these solutions will get them through the Fourth of July weekend, but aren’t counting on it. They’re asking the government to consider how they would feel if this situation was in their own backyard rather than just in a folder on their desks.

If you want to get involved, the next meeting will be at the Cornelius Town Hall on Tuesday, June 21 at 6 p.m. 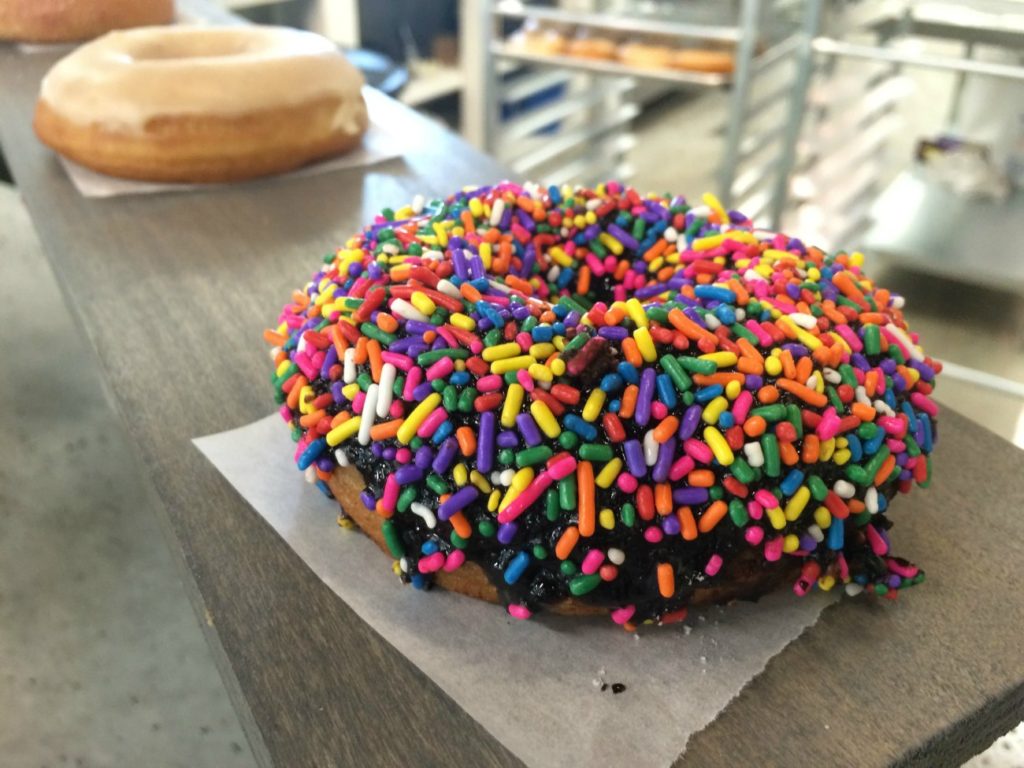