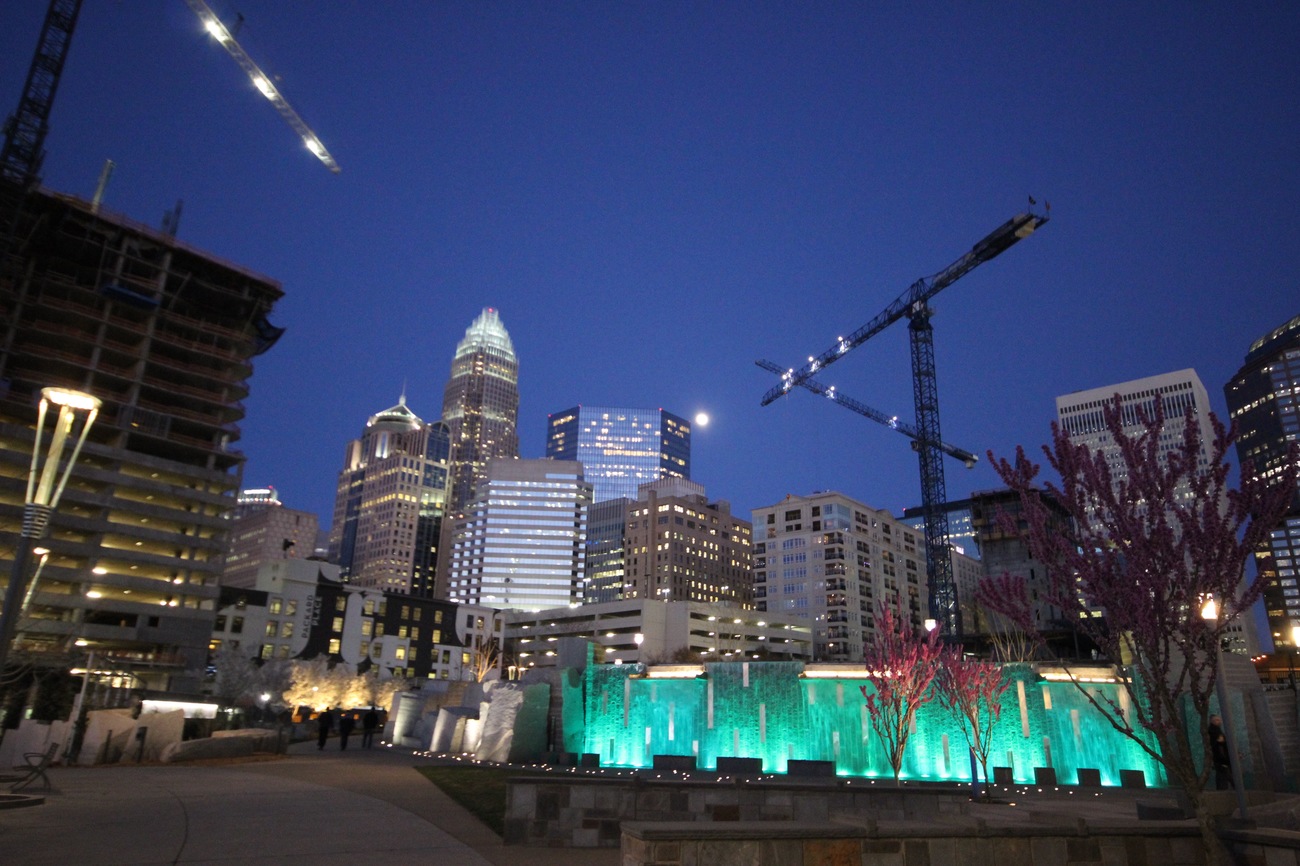 A couple of weeks ago, I was persuaded to come to an outdoor concert with my children and another family member. My husband was working out-of-town; he would be coming home late, and I figured after work, the kids and I could sit outside and gain some vitamin D while listening to a live band.

Party in the Park is a free, summer concert series at Romare Bearden Park on Wednesday evenings. I didn’t know what to expect. The weather was gorgeous, not sweltering like the last couple of days. The most one paid was $5 for parking. I was on it.

Not only was Romare Bearden Park hosting evening concerts on Wednesday’s from 6 p.m. to 9 p.m., but they were also hosting music during lunch hours on Tuesdays and Fridays from noon until 1:30 in the afternoon. This city movement for arts access in Uptown Charlotte is a welcome change.

So, I googled the band. Tonight it was Too Much Sylvia. I can appreciate a live beach band and people dancing shoeless. I was up for all of this. But would my children enjoy it?

I decided that I was going to make this concert into a rich learning experience. My son was studying musical instruments outside of school, so what a great way to expose him to a variety of performers. We would pack an easy dinner—perhaps elaborate sandwiches and sides, or maybe Chinese-food take-out, or maybe pizza.

There is a Mellow Mushroom right next door. We would have a large blanket because, with two children under seven, I did not want to count on carrying two folding chairs, a stroller, and a bag so close to bedtime. 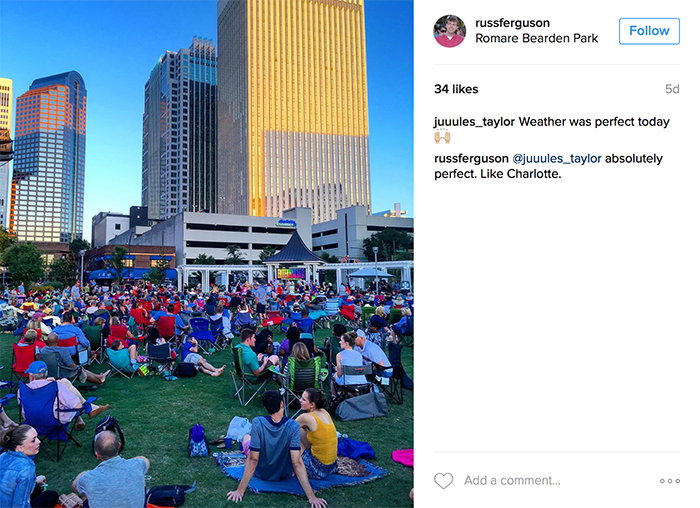 And so, there I was with my homemade salmon salad, teriyaki green beans, lemonade, and juicy plum grapes. Too Much Sylvia began as musician-friends who loved performing classic ‘80s music in various bands before finally getting together.

As explained on reviews, they mix a few ‘60s and ‘70s songs and ‘90s pop with current hits. The audience, including myself, found ourselves dancing to songs we hadn’t heard in years. Years, meaning, some songs I remembered my parents said they used to listen to when they were in high school and some ’80s and ’90s groups I remembered requesting during my school days.

Their musical variety sells because the intergenerational audience could relate to it. My children, on the other hand, they had their agendas, at first. My daughter barely lay on the blanket and my son preferred playing with the other kids outside near the manmade waterfall. 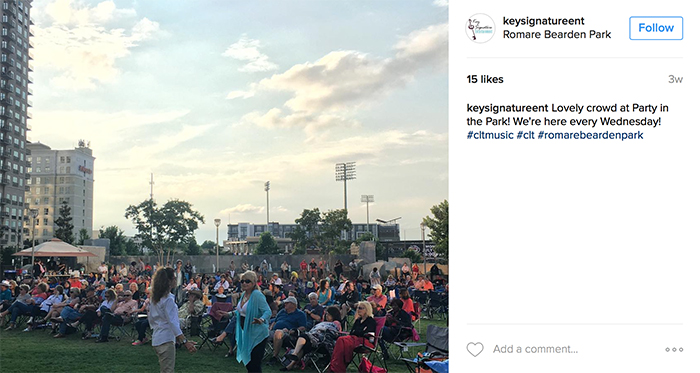 Then they heard Sylvia cover Bruno Mars’ “Uptown Funk.” It was like the world had stopped just to play for them. My fearless two were side by side bouncing as if the music had taken hold of them. Sylvia continued to play more songs — some songs they knew from our home family playlists. The two danced with other children as their parents looked on.

Then I saw parents go up to dance, some even grandparents. Then I saw other moms with their little babies in strollers. Groups of them. I saw couples looking on. Then I saw dads — groups of them — sitting and standing. They were with their children and their buddies, some with partners or wives. They sat down on their blankets with a couple of canned drinks and many snacks. They too found the music part of their plot to see which child would go down the fastest at bedtime.

As my curious two continued performing for their small audience, I was pleased to see so many different people of all ages out in the park together listening. This sunset scene is the Charlotte I like to see. I was also pleased to have my children in bed before 8:30 without a struggle. They were out before my car turned into the driveway.

This Wednesday’s concert (June 15) is the Envision band. 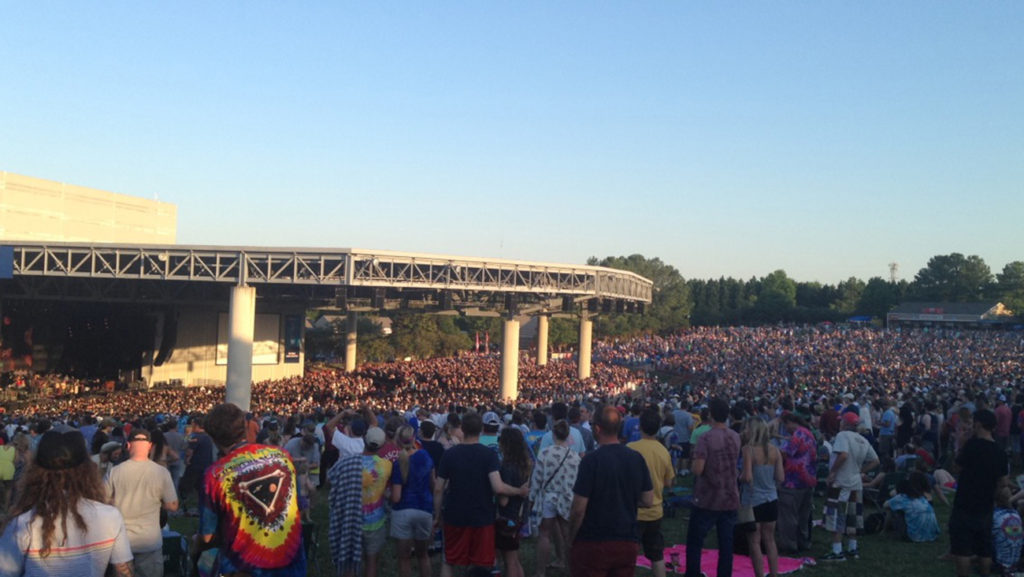