Beyond Rubik’s Cube, the world’s first museum exhibition about the world’s most popular toy, has landed in Charlotte 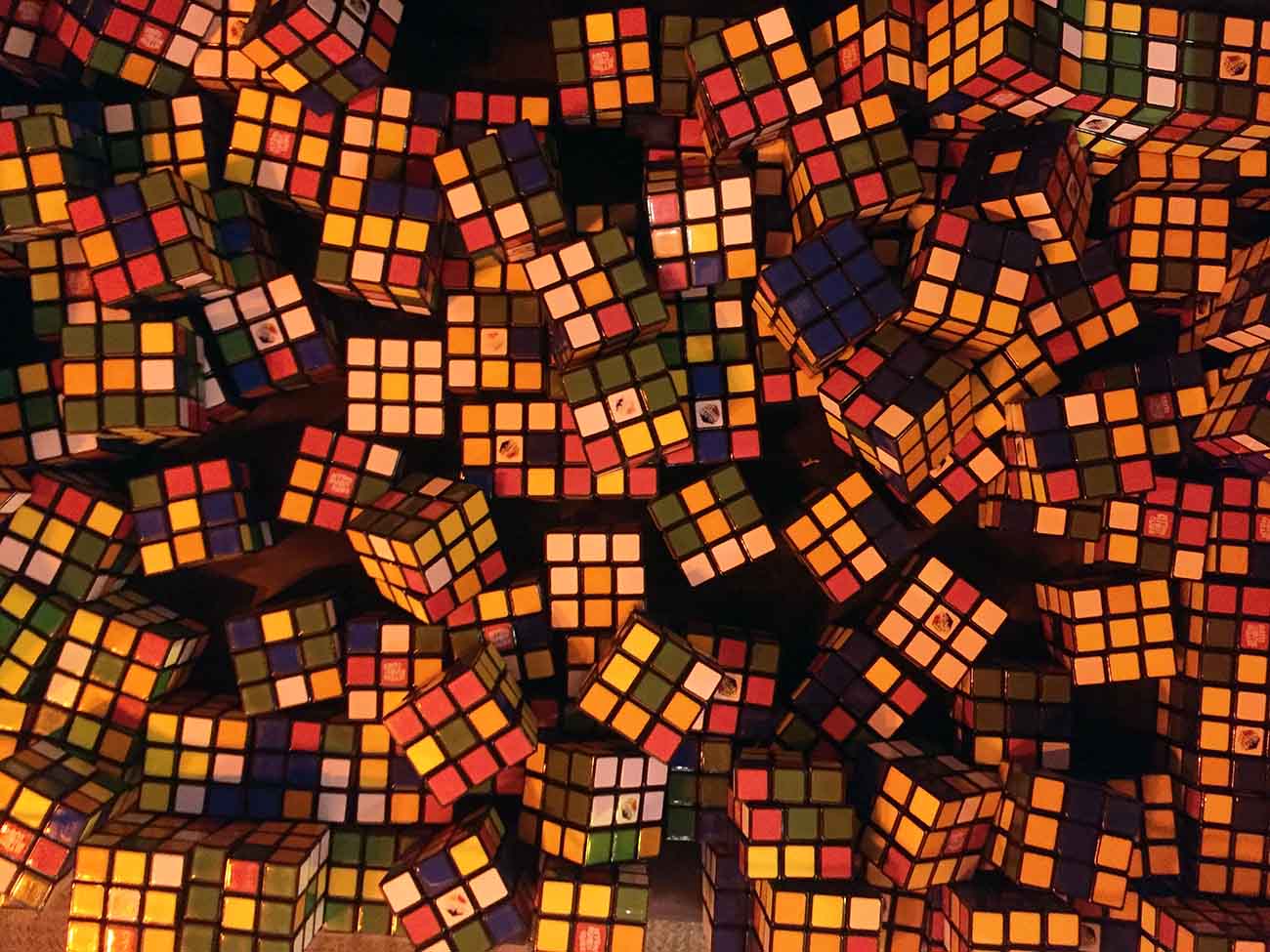 The first-ever, internationally-acclaimed exhibit about the world’s most popular toy, the Rubik’s Cube, has found its temporary home in Discovery Place.

The Cube, at just over 40 years old, has been in the hands of one out of every seven people, sold over 1 billion times and named Toy of the Year in the UK twice.

The day before the exhibit went public, I got to peek inside. It’s one of the most hands-on displays that Discovery Place has ever hosted, and it’s incredible. 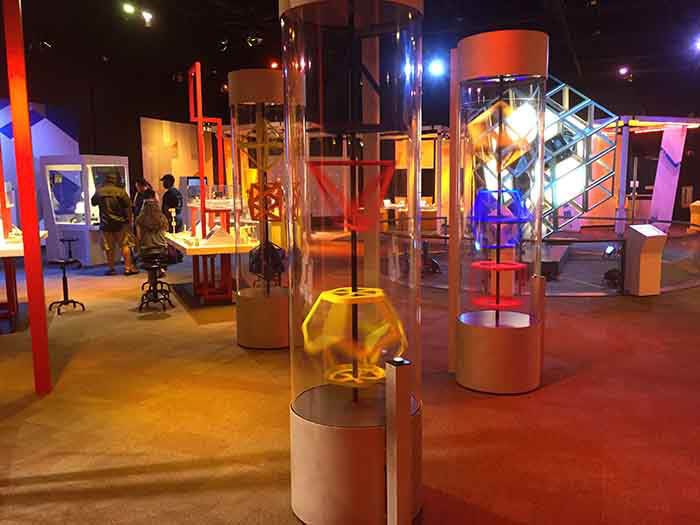 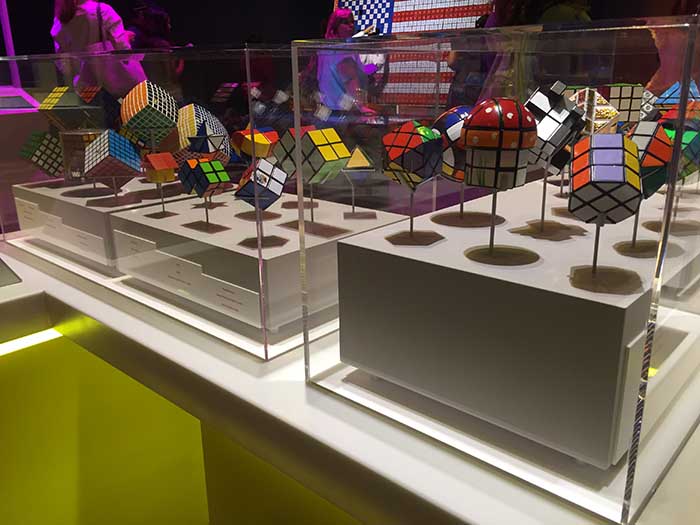 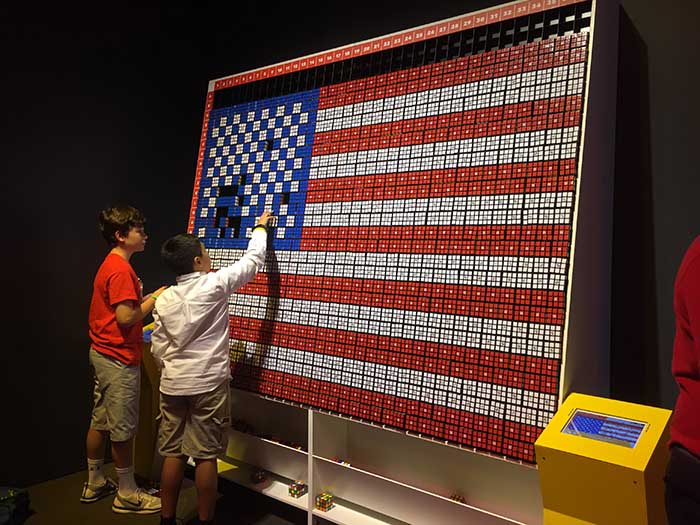 Help create a mural entirely out of Rubik’s Cubes 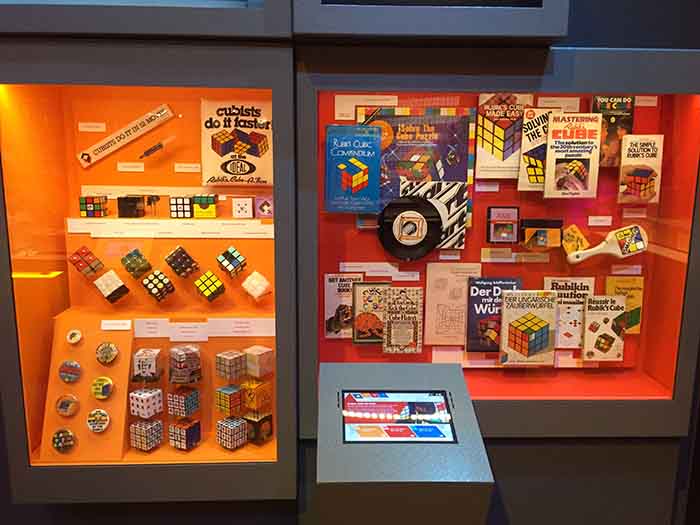 Learn about the Cube as it evolved over the years 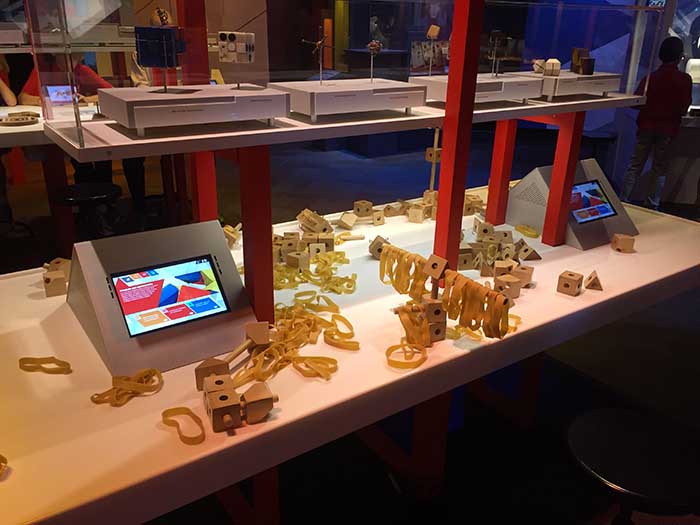 Build your own rotating puzzle 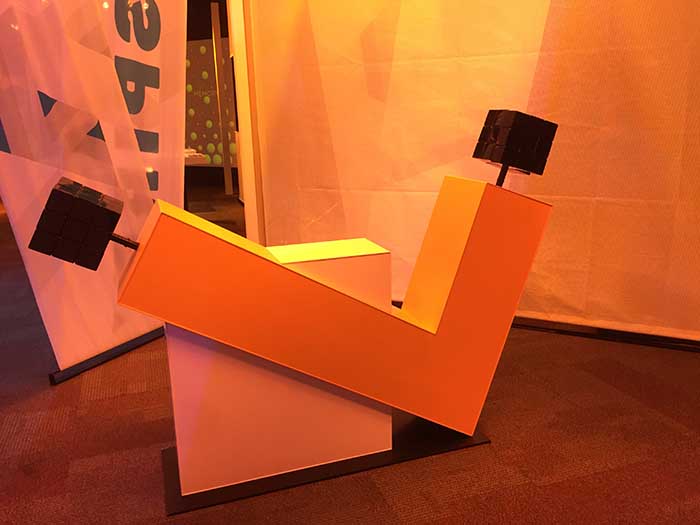 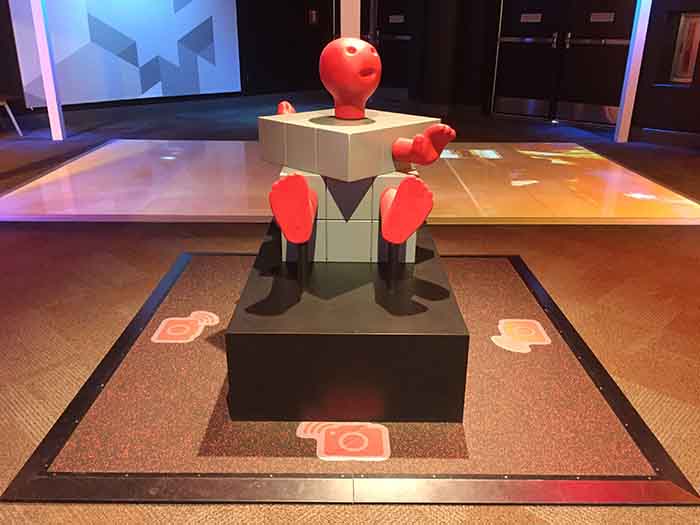 Try to mix the cube up to the point that this robot can’t beat it.

(The robot will always beat it.)

This robot at Discovery Place’s new exhibit, Beyond Rubik’s Cube just solved that cube in 61 seconds and 20 moves. Feel inadequate yet? *Note the Autocorrect mistake. The word was supposed to be ‘beyond,’ not Beyonce. But hey, there are worse things to be called.

The fastest robot to date was built in Germany and solved a standard cube in 0.887 seconds in January of this year.

You can try to solve your own cube (there’s a slew of them at the front), but chances are you can’t beat Michael, 13, who was hanging out at the preview. He’s been solving Rubik’s Cubes for two years and learned how in a week. His average time? 16 seconds. No big deal. 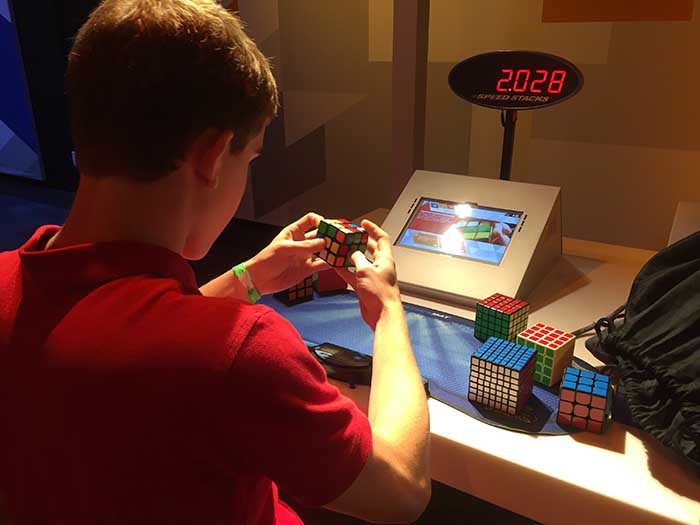 You can’t miss the Rubik’s Cube the size of a car, whose movements sync up with the cube in front of it that you twist and turn. 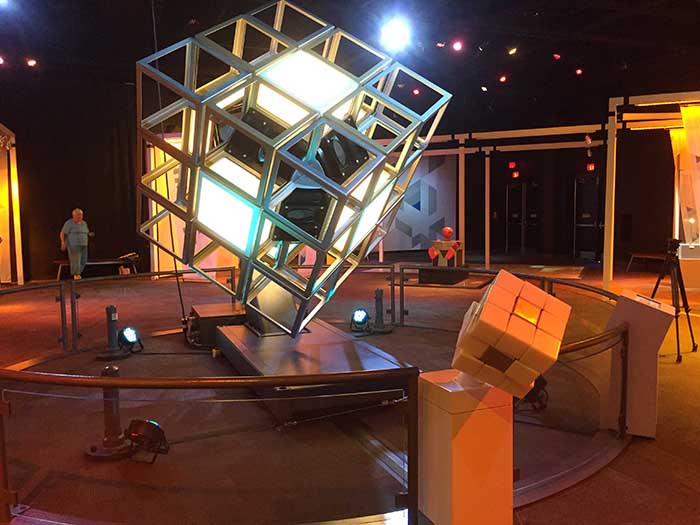 Guests can even learn about the Rubik’s Cube from people whose lives it’s had a direct impact on, including Ernö Rubik himself, the man who originally designed it to help explain 3D geometry.

Rubik, a Hungarian architect, came up with the idea in 1974 as part of the three-dimensional creations he used to give his architecture students a feel for true abstraction and complexity. It was created out of fishing line, wood blocks and paper clips, but despite the fact that it was his design and idea, he was unable to solve it for over a month. 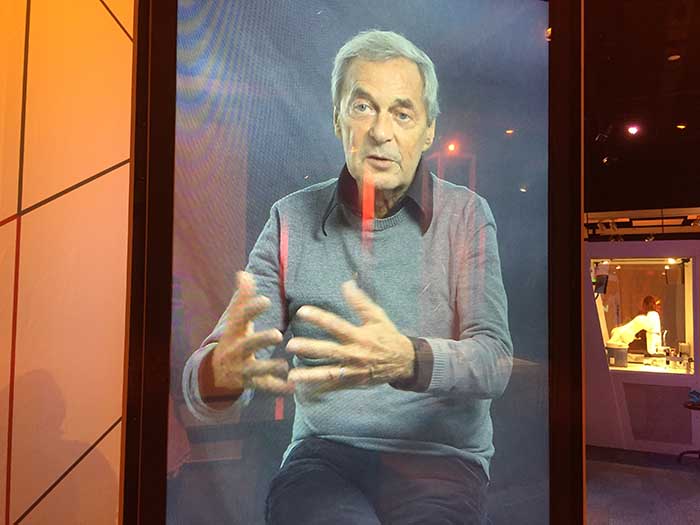 When he finally cracked the code and began marketing it as a toy exclusively for the Budapest market in 1975, its success skyrocketed when it made its appearance at the New York Toy Fair in 1980, hitting the 100 million mark soon thereafter.

Rubik’s own artifacts from his workshops are also on display.

And when you get frustrated with not being able to solve the puzzle, remember that there are more than 43 quintillion solutions and all can be solved in 21 moves or fewer – even the most expensive cube in the world.

Fred Cuellar out of Houston created a cube by creating a gold body and making its tiles using over 1,300 diamonds, emerald, rubies, sapphires and amethysts. It’s valued at over $2 million. 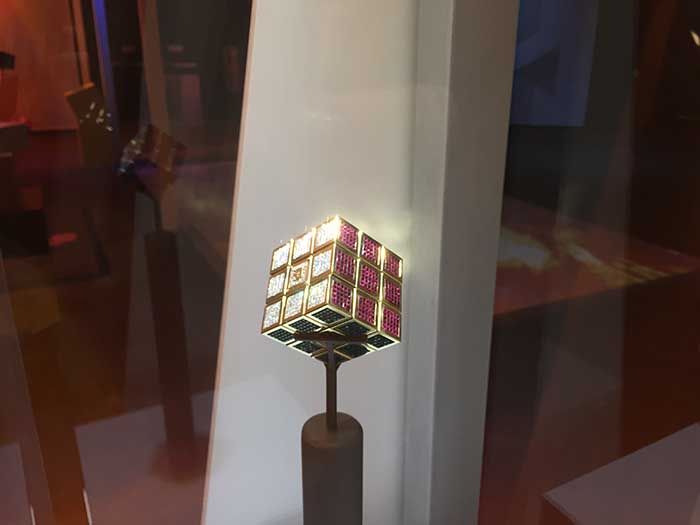 Bring your kids, bring your parents, bring your best friends and significant others – there’s absolutely no age you need to be to enjoy this.

The exhibit runs through September 15th and is free with museum admission ($17 for adults, $15 for seniors, $13 for children, free for members). 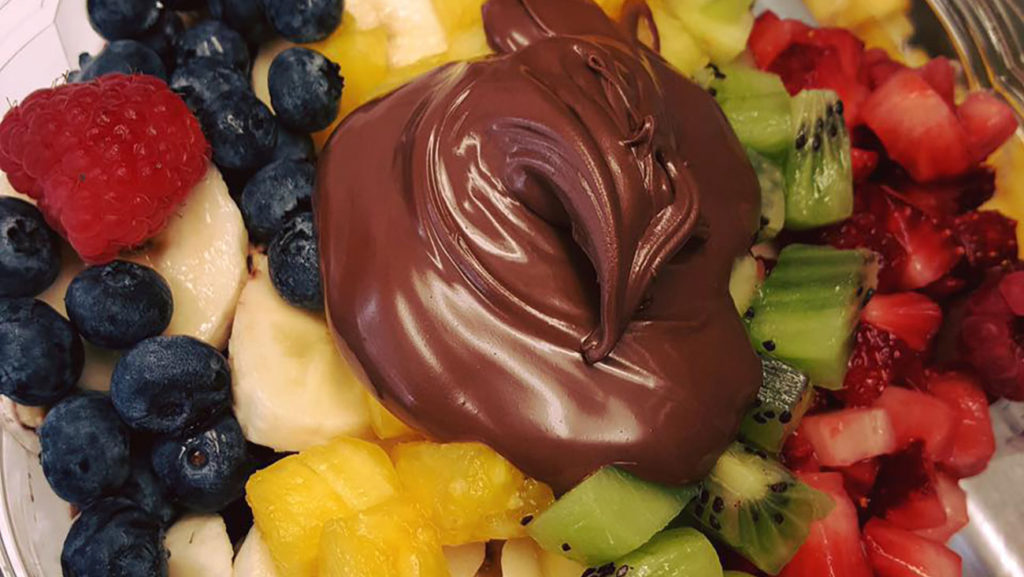