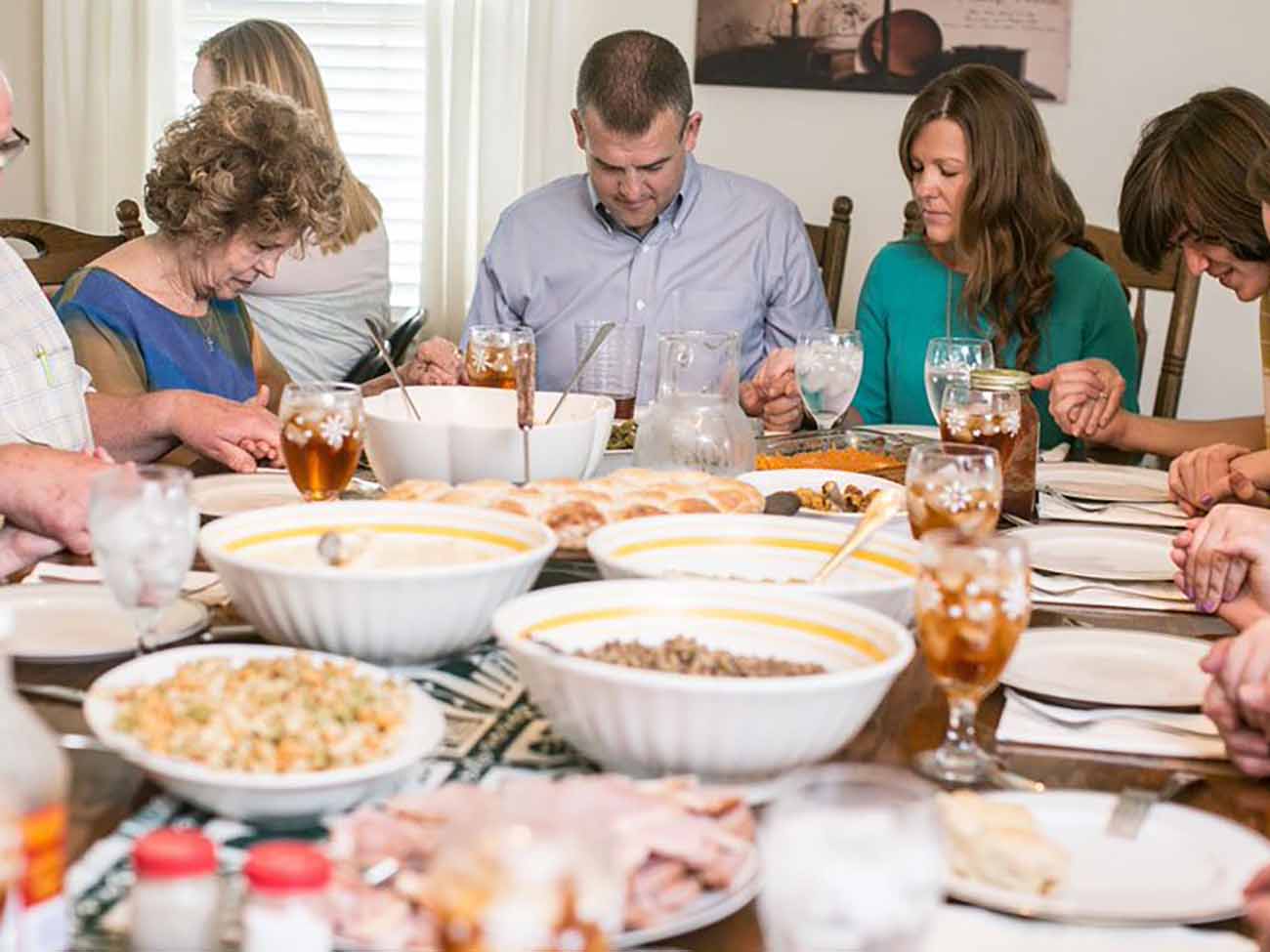 Former Union County Commissioner Todd Johnson (R) is running for a seat in the 9th Congressional District in North Carolina. We caught up with him while he was busy adding to the 18,000 miles he’s already put on his truck making his way around the state to campaign the old-fashioned way with mailers, knocking on doors, cold calling and hosting events to ask his take on the Big Issues before voting happens on June 7. 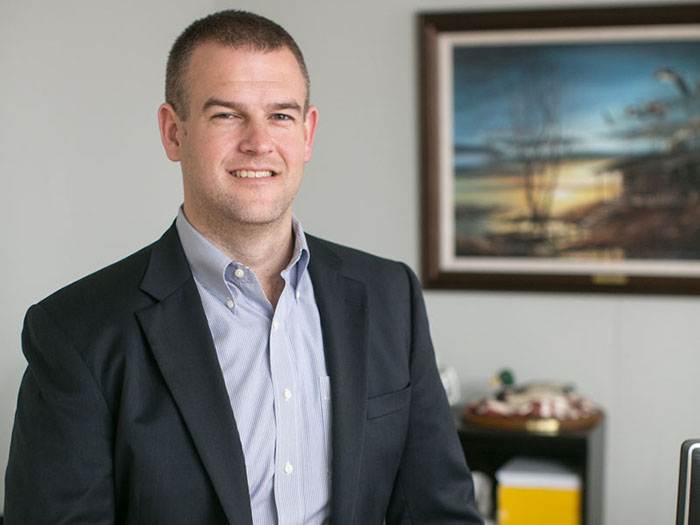 (Editor’s note: This is the the final of three Q&As with District 9 Republican candidates. See the Mark Harris’ here and Robert Pittenger’s here.)

Answers have been edited for length and clarity.

Let’s talk about your views on the Big Issues in politics right now, starting close to home with HB2. What’s your take?

Charlotte implemented an ordinance that was looking for a problem. I believe the problem didn’t exist before and if I was a betting man, I’d bet that transgender individuals had been going to their non-birth certificate gender bathrooms for years without any problems.

But now, someone who’s never been a part of that community – if it goes into place – can now walk into a female bathroom wearing overalls and boots, looking nothing like a woman, and say, “I feel like a woman,” and we can’t do anything about it.

It doesn’t matter if you’re a transgender or not, it matters what you feel that day, rather than being based on fact. Things need to be based on fact, not on feelings, because we’re a nation of law and fact. We’re not a nation of feelings.

On your website, it’s mentioned that you’re a member of Lakeview Baptist Church of Unionville. Does your religion come into play when it comes to your politics and stances on things like HB2?

I have a biblical view of the world, so I do have principles that are founded on Christian values that do affect my decision-making processes. For example, I’m pro-life. I believe that life begins at conception.

What has to be done to reduce the unemployment rate?

You have government regulations that directly affect economy and jobs. Before, a small business probably employed 110-120 people, and it was a good paying job. When Obamacare went into place, their healthcare cost went from $600,000 to $1.1 million a year and that took jobs directly out of that organization. Not only did it take jobs away, but it also took bonuses, raises and any increase in compensation. That money was sucked out of the local economy.

Every dollar left in this economy will turn five times before it leaves. The free enterprise system works. Time-true, time-tested. Get the government out of the way and let small businesses run their businesses and decide how they want to spend their money rather than dictated. 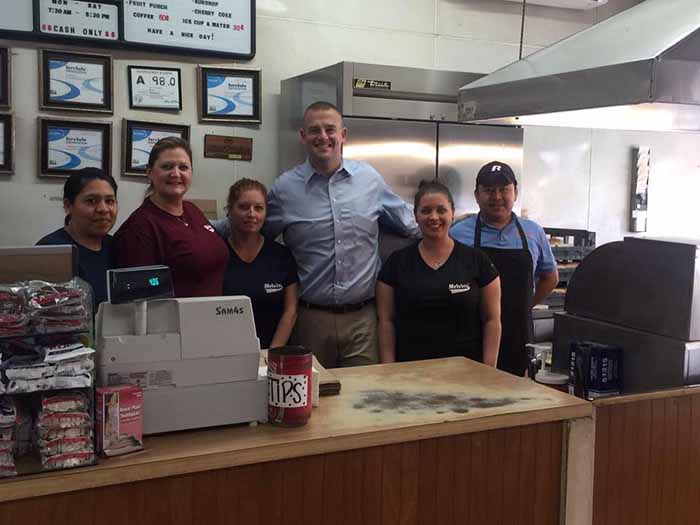 What’s your take on the right to bear arms?

I’m a pro-Second Amendment guy. I’ll tell you, I have a Deringer on my ankle and a 9mm laying on the seat beside me. I use guns to protect my family. It’s a right afforded to me to keep and bear arms.

It seems like one of the things we can’t avoid hearing about is the issue of immigration, refugees and national security and terrorism. What are your views on those issues?

People want the American way of life. We think it’s bad – sure, we’re struggling – but people are dying to get into this country. And it’s because of things we’re talking about now: opportunity and free enterprise and opportunity the amendment provides for us.

Securing the borders has to be done. Once the vetting process is in place – and we don’t have a good one – we will be safer. The primary role of government is the safety and security of its citizens.

Do you agree with Trump’s politics, then?

I will support Trump as the Republican nominee for President. I think he has some good ideas. Some of them are grandiose, but some are quite practical.

He is going to have to realize that he’s got to work with Congress and there has to be dialogue. That’ll be his problem first, but he’s a businessman and understands it’s not just one man, but he’ll be quick to learn that you have to work and develop relationships. I don’t think he truly believes it’s a dictatorship, but he’ll learn.

The U.S.’ debt just hit $19 trillion. What’s your approach to fixing it?

We don’t have a revenue problem, we have a spending problem. We feel like, as Americans, every other country’s problem is our problem, so we dump all this money into other countries when we can’t even pay our own bills.

There’s been a public figure in the past that made a good point: when we’re looking at programs and different things that we want to do, we have to decide, “Is it worth borrowing money from China to fund it?” Because that’s what we do.

We ship way too much money outside the border to other countries that, frankly, don’t even support us in the U.N. We have got to reign that spending in.

You’re the president of your family’s company, Johnson Insurance Management, founded in 1991. What’s the most important thing you’ve learned in your time there?

Leadership by example and treating people with respect. Being able to lead is important – we’ve got eight locations and 20 employees, and 19 of those employees are the primary breadwinners in their family. That’s a lot of pressure – along with your own, 19 families are depending on you. One of the things I’m very proud of is that we have very little turnover. And it’s because I won’t ask any of my employees to do something I wouldn’t do.

And in your four years as Union County Commissioner, what did you learn that you’ve hung on to?

I was able to extend and strengthen my leadership skills. Having to understand that someone’s life was going to be changed every time you held a vote was something you can’t prepare yourself for.

Aside from leadership, what skills do you bring to the table that make you the best choice for the voters in District 9?

I bring fresh ideas and a fresh face, because I’m someone who’s experienced but not institutionalized. I think, especially now nationwide, what you’re seeing is that people are tired of the same-old, same-old. They’re tired of the same talking heads, the politicians, the people that have been there forever. I bring fresh new ideas and new leadership that can take us from where we are to where we want to be. We have some of the poorest counties in the state. There’s no hope, there’s no end in sight – it’s always the same because it’s always the regular politicians doing the same things.

I also bring youth, which I think is a good thing. It means fresh ideas and new leadership. Having spent my entire adult life signing the front of a paycheck, not the back, I’ve had to make hard decisions, produce jobs and help the economy in the places we’ve served. In fact, we have an office location five of the eight counties in the district. I know the communities and the struggles they face and I know what directly effects them.

With the redrawing of District 9, it looks completely different. How are you going to reach new voters that you may not have had to before?

I’ve been on the road for 3 months and put 18,000 miles on my truck making myself available through events, cold calls, door knocking and mailers. I’m basically getting out and doing it the old-fashioned way. That’s how we’re doing it.

I can’t tell you the thousands of people I’ve come in contact with. I have the best volunteers; it’s truly humbling to see. I’m just the man on the ballot. I’m nothing without the team behind me. They’ve worked their butts off to help us be successful.

Now, to breathe a little easier, what kind of music do you listen to?

I listen to classical music and easy-listening music like  Norah Jones. I also like to listen to big band, but more modern big band, if that makes sense. I also listen to a lot of talk radio, WBT and political talk radio to be exact, and audiobooks.

What are you currently reading?

Killing Kennedy for the second time. Dugard did a pretty good job with it, so I’d give him an A-, but Killing Lincoln was a lot better.

Are you a family man?

Absolutely. I’m married to my high school sweetheart, Amanda. We met in the band – we both played trumpet, but I also played the cello – in the summer after 11th grade. We survived four years of college, got married in 2003 and now have two boys. The oldest will turn 11 this year and the youngest is eight. 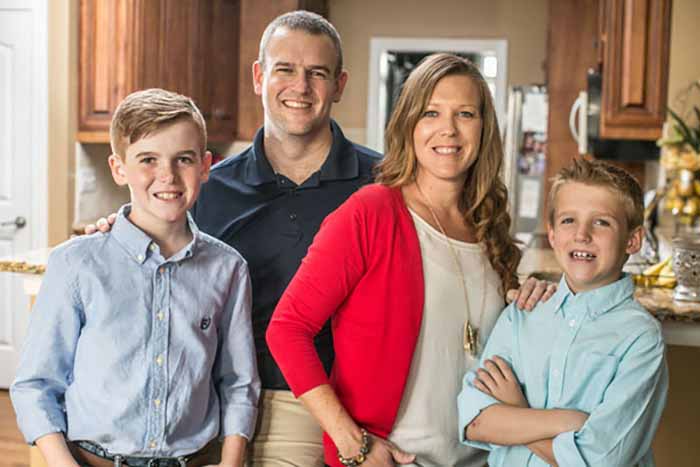 I’m a diehard Panthers fan. I love the Panthers, and the Hornets are my boys.

We got to every home Panthers game. After last season’s run, everything else will be a letdown. It’ll be hard to live up to that, but I think they’ll be good this year. It can’t be possibly as it was last year, but we can hope so. 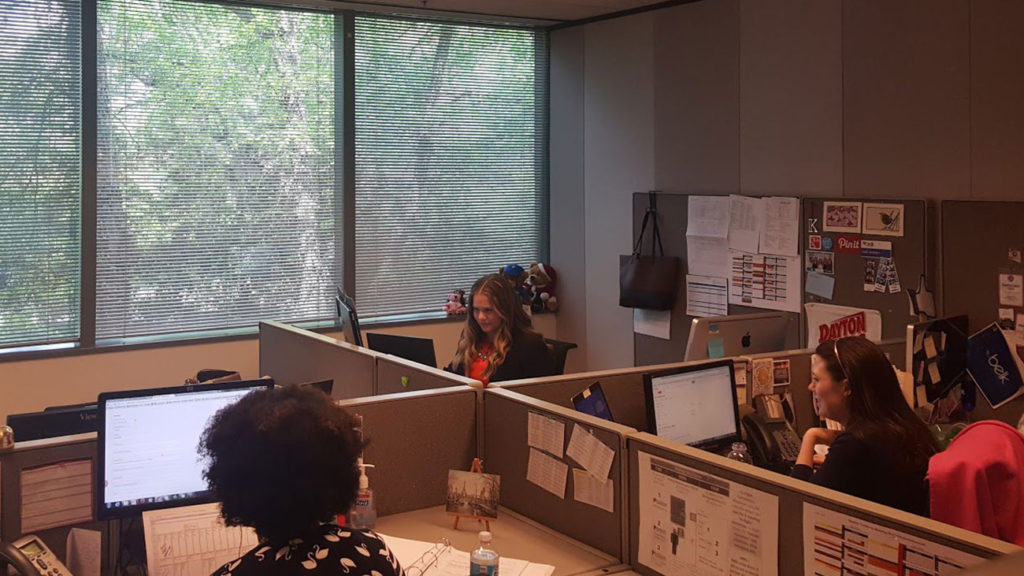