As Charlotte’s craft beer game continues to brew, some players are looking to science for a competitive advantage.

Specifically, the focus is on microbiology, the science of studying microorganisms. It’s a big deal when brewing beer because yeast — a microbe — is the critical ingredient, and microbiological missteps mean low-quality beer.

Though the work is often anonymous and done in the solitude of a lab, it’s something breweries must embrace to stay viable amid ever-growing competition, experts say.

“The attention to detail and the attention to the whole scientific process…is exponentially more important as you get bigger,” said Dave Martin, microbiology and quality control scientist at Olde Mecklenburg Brewery, which produced 14,000 barrels of beer last year — approaching a critical threshold that experts say necessitates a boost in quality control. That was good timing for Martin’s arrival last fall. His title isn’t just for show — he’s an actual scientist, having earned his degree in microbiology from UNC Charlotte. Though his quality control efforts entail many aspects, the lab work of microbiology is critical, microscopes and all.

Martin is believed to be the only credentialed microbiologist employed by a Charlotte brewery, but that’s likely to change as the industry grows in the area.

North Carolina had 101 craft breweries as of 2014, which ranked 12th in the nation, according to the national Brewers Association. Those breweries produce more than 372,400 barrels per year, the association’s data shows. That’s 1.6 gallons of beer per adult 21 and older.

Overall, the state’s beer industry had an economic impact of $791.1 million, according to association data. If those numbers are going to keep rising, the checks and balances of microbiology will likely be front and center.

“It’s of utmost importance and critical to the success of brewers,” said Julia Herz, craft beer director for the Brewers Association, adding that as breweries approach around 15,000 gallons of production, there should be a greater emphasis on microbiology and quality control. “If there’s not a methodology (to testing the beer), then there should be.”

The association doesn’t track how many breweries have a staff microbiologist. The decision to hire one usually depends on size, resources and priorities, Herz said. But it’s a position that’s hard for growing breweries to live without, she said.

“Quality and consistency of your beer…in today’s competitive marketplace is what will differentiate the world-class brewers from the ones who are just making beer,” Herz said. What is quality beer?

A beer that is responsibly produced using wholesome ingredients, consistent brewing techniques and good manufacturing practices, which exhibits flavor characteristics that are consistently aligned with both the brewer’s and beer drinker’s expectations. — statement from Brewers Association Quality Subcommittee

At NoDa Brewery, Bart Roberts is the one with his eyes in the microscope. Though he’s not an official microbiologist, he does nearly all the brewery’s yeast work during production. That includes doing cell counts, checking for viability and monitoring fermentation.

NoDa produces about 10,000 barrels a year but announced expansion plans last year that will allow between 20,000 and 25,000 barrels per year.

“At this point we have a small microbiology program but it is quickly growing into a lot more,” Roberts said. “The more beer we make, the more quality checks the entire process will have.”

The goal at Olde Mecklenburg, NoDa and elsewhere is consistency, meaning taste among the various flavors should not vary much, if at all, throughout the year. But that’s not likely to happen without the science of quality control.

Customers will return to what’s good, Martin said. But a brewery might have just one chance to win them over, he said.

“The average beer drinkers, they’re not hop heads,” Martin said. “They just want a beer that they like.”

That means he’ll be busy, working anonymously behind the microscope. But anonymity is kind of the idea. If Martin goes unnoticed, he knows he’s doing a good job.

The only hint of his work should be consistently tasty beer.

“Hopefully people don’t recognize that I exist,” he said.

Jason Foster is a native Charlottean and a longtime journalist.
Contact: [email protected] or @ByJasonFoster.
Photos courtesy of Dave Martin. 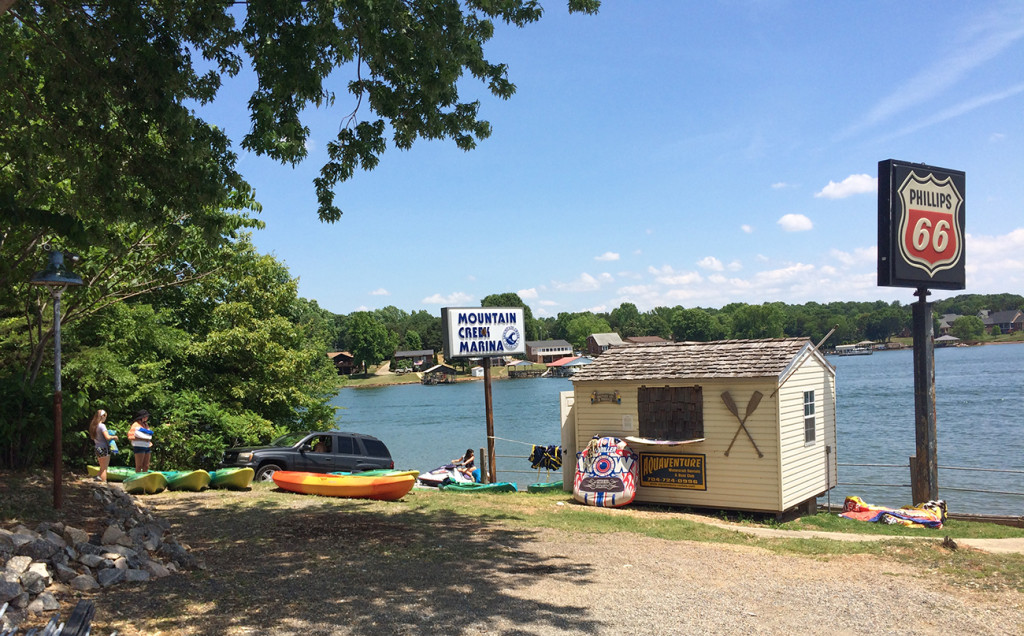