Plaza Midwood is getting a boutique guitar shop this summer 1517 Central Avenue, the old site of Clark’s Antiques, is being transformed into a boutique guitar shop. Behind the project is Douglas Armstrong, who has had a connection with and love for music since he was a child.

His father bought him his first guitar, an Epiphone, in 1978, and he’s played off and on ever since. In fact, the guitar still sits in his parent’s beach house.

Today, Armstrong works as a construction manager with a passion for guitars.

His dream of opening a guitar shop began to take shape when he met Rennie Conolly, a 6’5″ guitar player and builder from the Cayman Islands who was playing “the coolest Telecaster I had ever seen.”

Rennie explained to Armstrong that he actually built the guitar, which fascinated Armstrong. The guitars that are handmade tend to be more unique than those that are mass-produced, he told me, but it’s hard to find them in a showroom because everything is sold on the internet and, chances are, out of someone’s house.

Because each is made individually, it can take up to nine months to get it delivered to your door.

But he didn’t want to wait and  got “frustrated” when he wasn’t able to find any guitars that were “cool” around Charlotte – so he started making them instead. 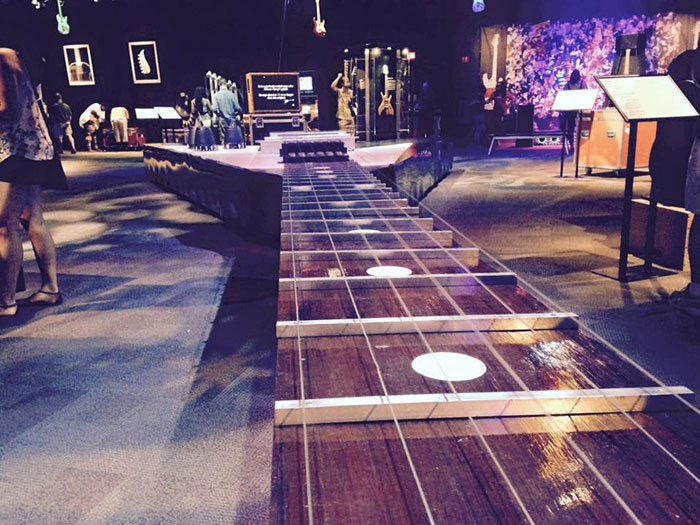 That fascination followed him to Charlotte, where he and Oldfield Amplifiers owner Paul Gussler talked for years about the need for a unique guitar shop.

“Paul has been a big advocate for Charlotte to open a boutique guitar shop,” Armstrong said.

So what’s the difference between a regular guitar shop and a boutique experience? The offering of local and national professional and hobby musicians’ high-quality products that range from guitars all the way to basses, effects and accessories that weren’t available in a Charlotte showroom setting before.

“Paul and I have talked for years about [how] someone should open a cool guitar shop,” he continued. “That someone turned out to be me.”

Armstrong continuously put it off because he always thought someone else would do it. When he found the Karras Building on Central Avenue with the help of Chris Loyd of Red Partners, he knew he’d found something special and that it had to be him. He put in an offer that afternoon and Midwood Guitar Studio was born.

The Karras Building, between Sole Society and Buffalo Exchange, was established in 1946 and just makes sense.

“The building has tons of character,” Armstrong said. “And will look incredible after the renovations are completed.”

The neighborhood just makes sense, too.

Plaza Midwood is a neighborhood that passionately supports arts and music, making it, in Armstrong’s words, “one of the hippest areas in town” – and to have a unique destination, that’s where you need to be.

On top of that, Plaza Midwood is in the center of town and easily accessible from all points.

Even more exciting? The possibility of “making a positive impact to the Plaza Midwood community and introducing Charlotte to a new market.” 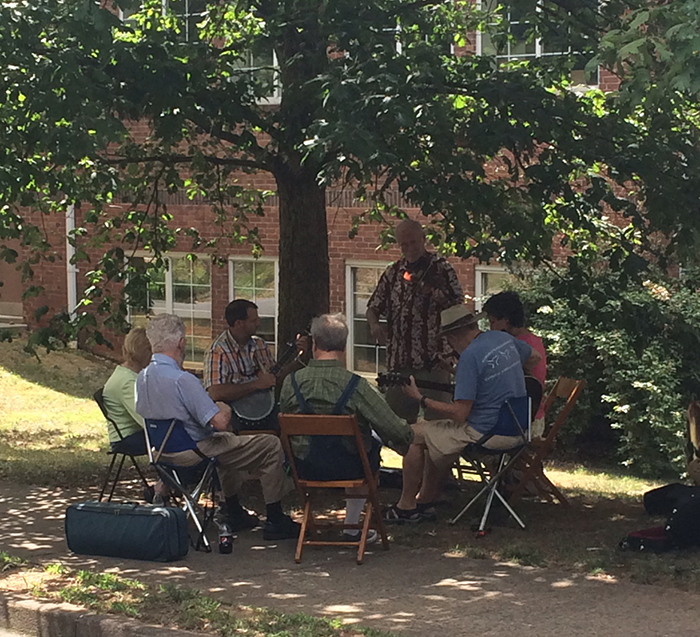 And it’s all coming together insanely fast.

Armstrong signed on the building in March and plans to obtain all permits by June to have renovations done by August. He’s shooting for a late August, possibly early September, showroom opening. If you can’t wait, there are plans to begin online sales late this month.

What can we expect when it’s done?

No, you can’t sign your kids up for lessons, but there will be on-site luthier and guitar repair, a collection of unique, handmade guitars ranging from $1,500 to $3,500 and special events that include having local musicians play.

Midwood Guitar Studio is still in early development, so no social media has been created for the business as of yet, but you can see a temporary webpage here. 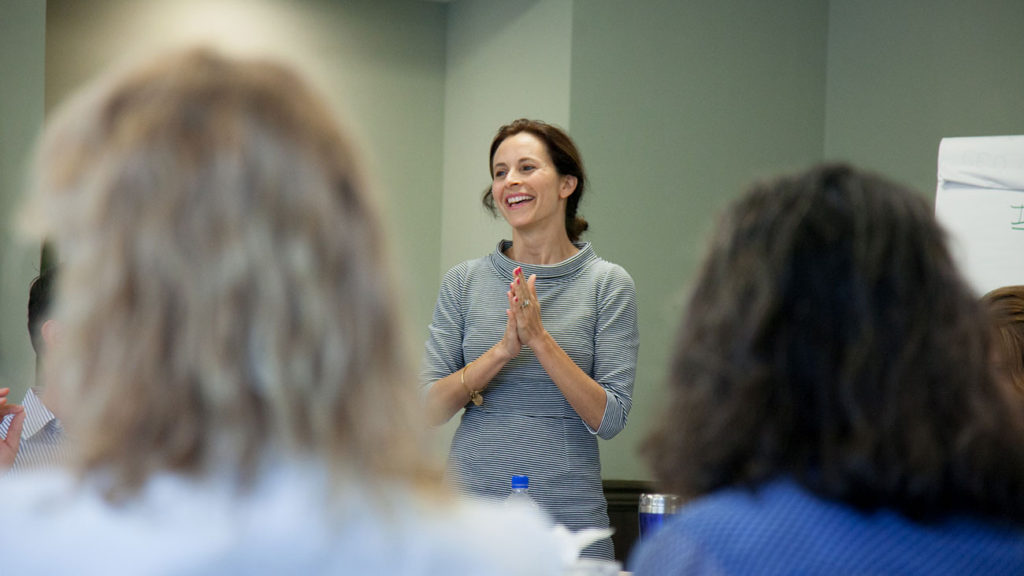 Would you benefit from a Charlotte life coach? I did.