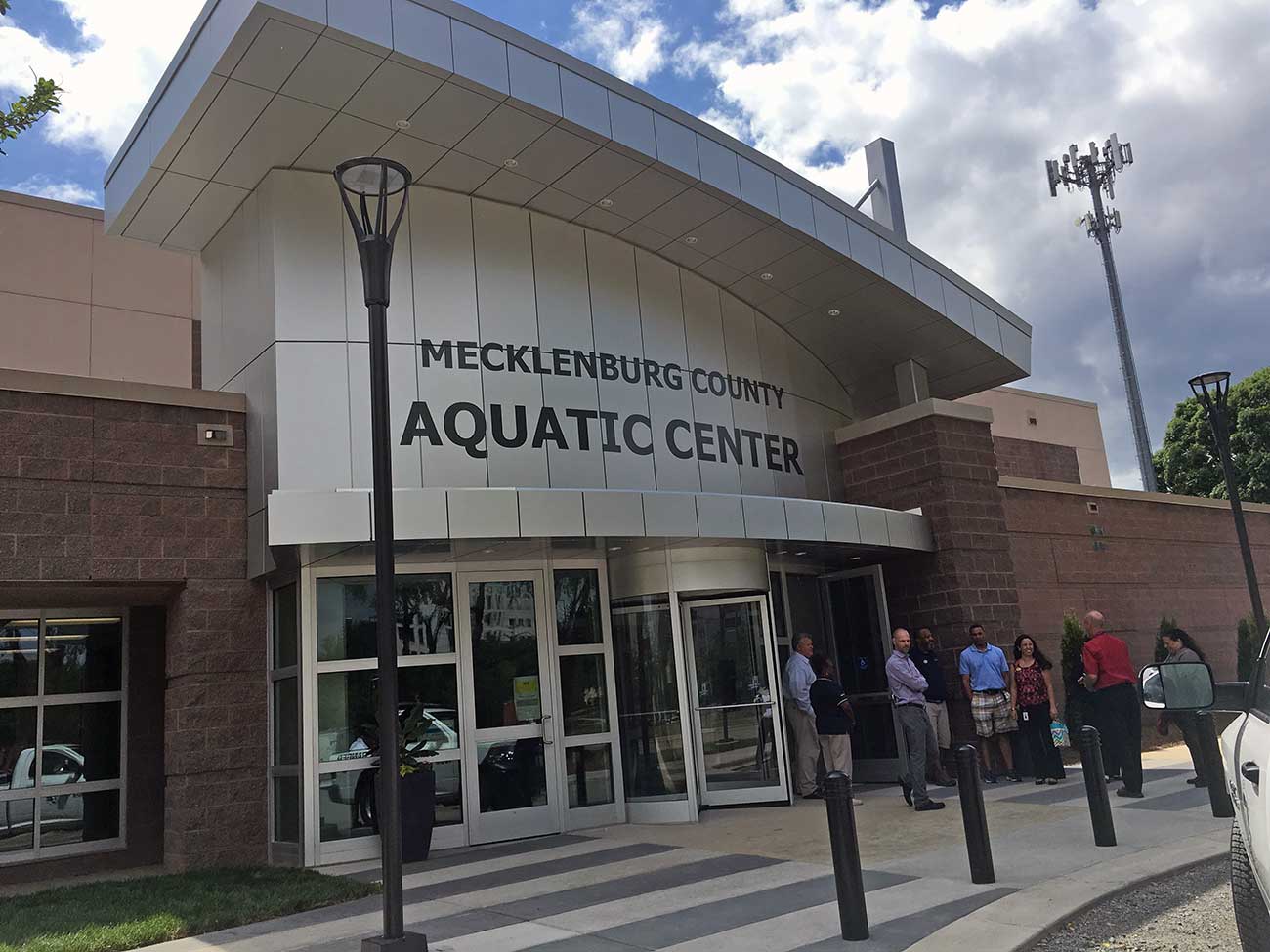 After a year of much-needed renovations, the Mecklenburg County Aquatic Center will be reopening on time and within its $8.6 million budget to host the 2016 Arena Pro Swim Series next week. Its grand re-opening to the public will be June 1.

The Aquatic Center first opened in 1991, and at the time was the only 50 meter in-door pool in the area. Over the years, newer, more sophisticated facilities have been built around the greater Charlotte region, but none with the proximity to Uptown that MCAC has. 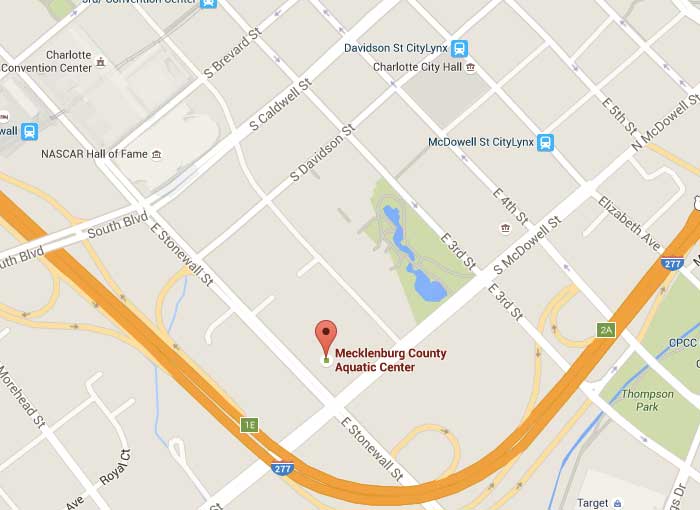 The renovations will help keep the Aquatic Center on the same level as other state- of- the- art natatoriums in the region, like the relatively new Greensboro Aquatic Center.

The world-class status is great, but day in and day out the MCAC provides unparalleled access and opportunity to the swimmers of Charlotte. As the home pool for four year-round teams, New South Swimming, Team Charlotte, ATOM, and the Queen City Dolphins, the Aquatic Center is the hub of a young and diverse aquatics culture here in Charlotte. 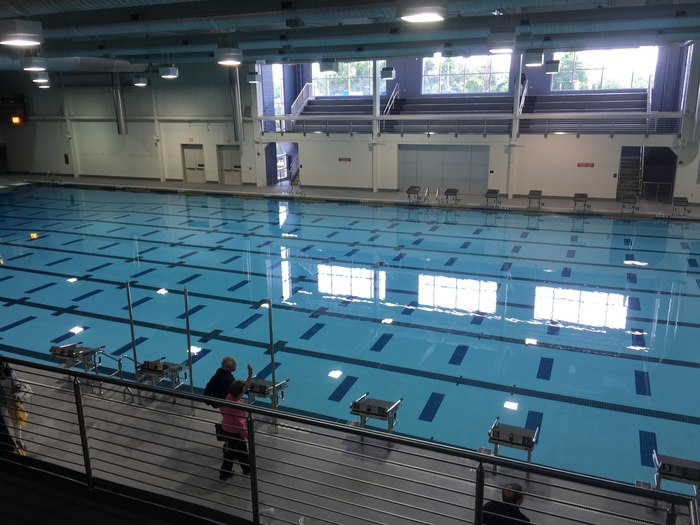 Team Elite, lead by US Olympic Coach David Marsh also regularly trains at the Aquatic Center taking advantage of the 50 meter pool, as swimmers like Ryan Lochte and Cullen Jones undergo the high-tech training and rigors of returning Olympic athletes.

Add to those teams the myriad of aquatics programs offered at the MCAC from swim lessons, to the Masters Program, to water polo and triathlete training and you can see how the Aquatic Center is a nexus for healthy living in the Queen City.

“One of my favorite things to see here are the Masters Swimmers who come here, not because they have to, but because they want to, to improve their quality of life.” says Olympic coach David Marsh.

Take a look at what’s new

There have been hundreds of improvements made to the 25-year-old Aquatic Center, but a few of the most noticeable include:

The weight room. The weight room has been expanded and moved to the front of the center allowing for a much larger “dry-land” exercise area with improved equipment and training opportunities. The weight room was not completed as of this “sneak peek,” but is set to be completely ready by the June 1 open date.

The bleachers. The entire rear wall of the Aquatic Center, was blown out and a whole new set of bleachers was added to increase room for spectators and to keep the Aquatic Center in line with other top tier natatoriums in the region. The new bleachers not only provide more seating but have access via internal steps thus keeping the deck clear for coaches and swimmers. 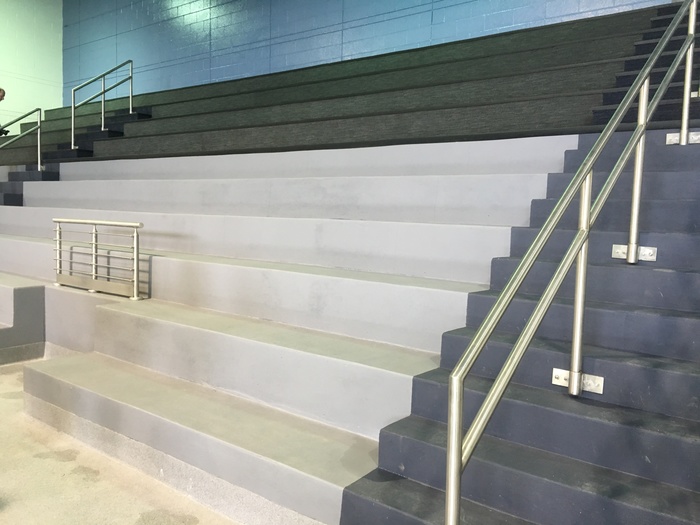 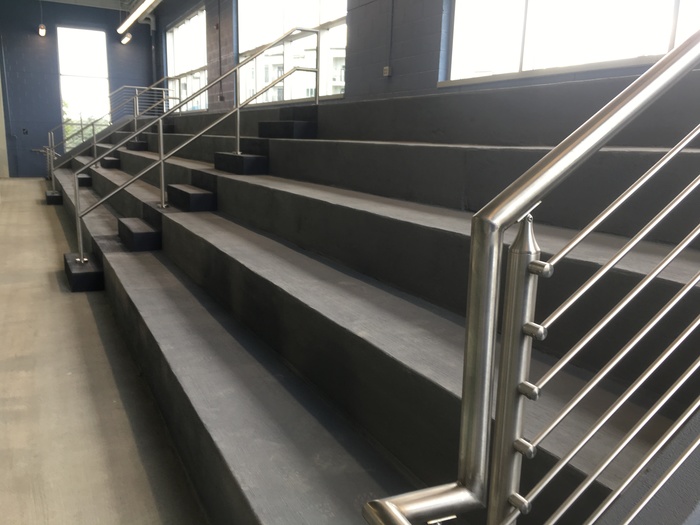 The lobby. The lobby has been completely redesigned allowing for a much more open floor plan to help with everyday traffic and congestion during the dozens of big meets held here every year. 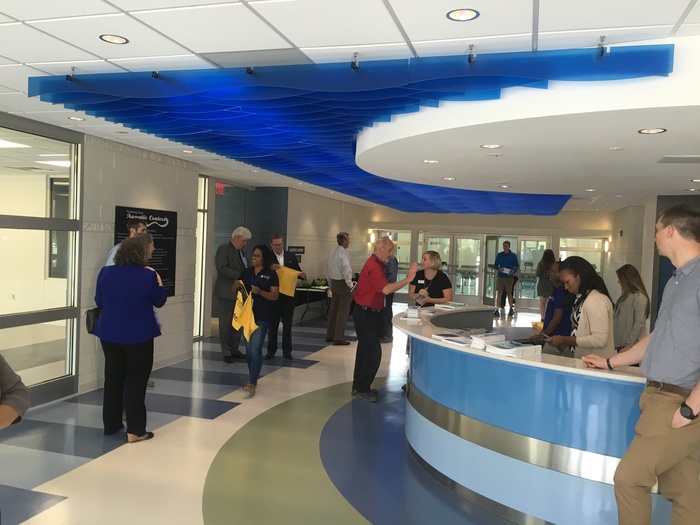 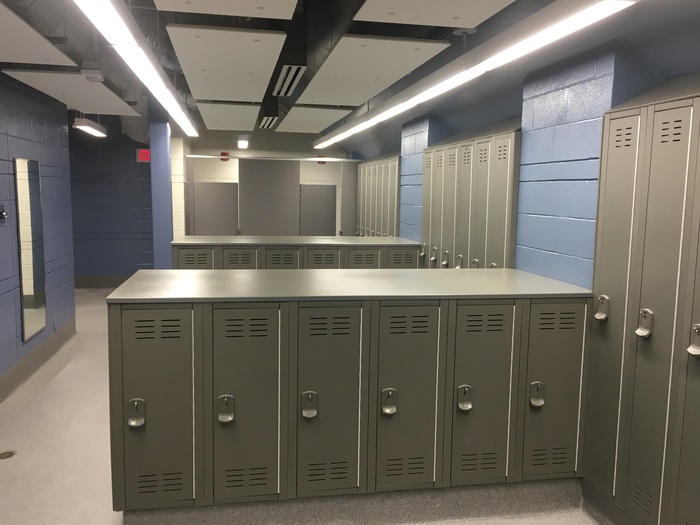 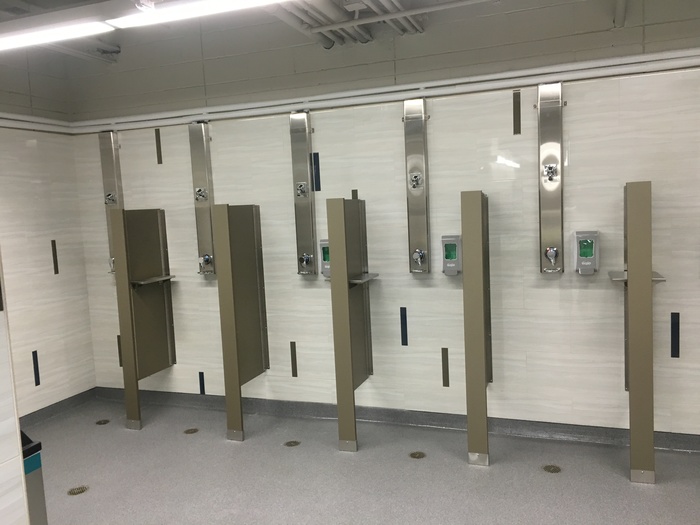 The 50 meter pool: What the swimmers refer to as the ‘”cold pool” has been completely tiled, the old and broken articulating floor has been removed, and a new gutter and filtration system installed, making the already phenomenal Olympic sized pool that much better. And they’ve also installed a state of the art ultra violet disinfectant system, meaning you’ll get pristine clean water without as much chlorine, good for your hair, bad if you’re a fan of the lingering aroma of chlorine. 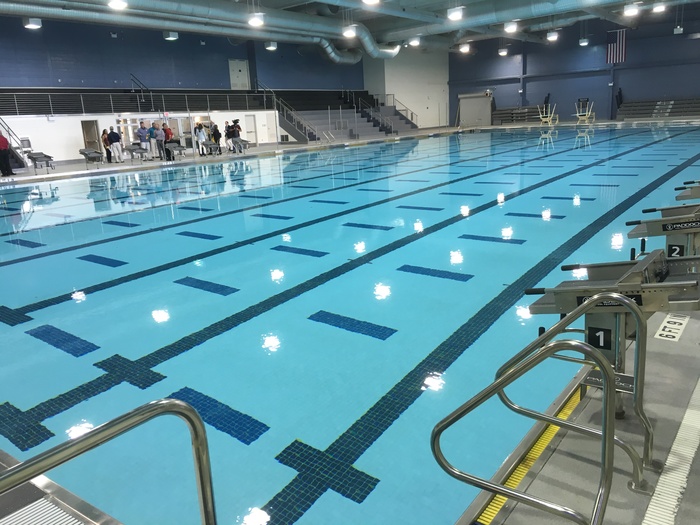 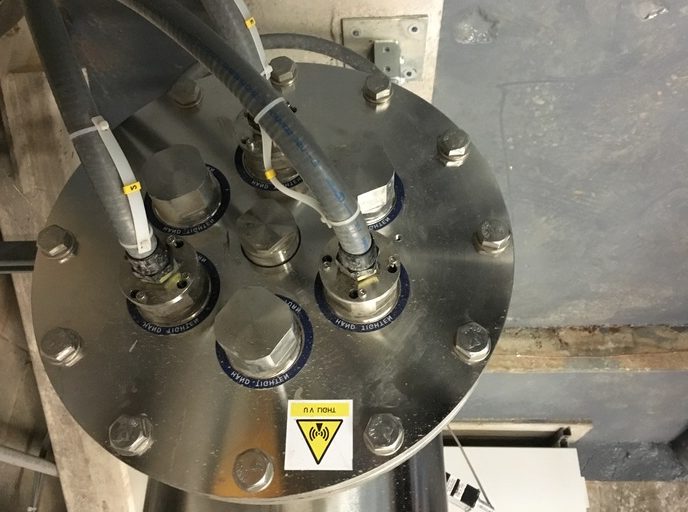 Having the MCAC re-open is huge for Uptown swimmers. But Marsh, the Olympic coach, said it’s only a piece of what Charlotte needs.

“We need to have more water for year-round competitive swimming in Charlotte,” says David Marsh. “Why should exceptional young swimmers have to go to Dallas or other cities to pursue their swimming goals, why can’t they come to Charlotte? Getting this facility back on-line is a step in that direction, but we still need more water.”

In the meantime, Charlotte swimmers are anxious for it to be open.

“He is definitely ready,” says Allegray White of her husband Bernie, a long-time Masters Swimmer. “He’s been restlessly wandering all over Charlotte trying to find places to swim. I know he’ll be glad to be back here.” 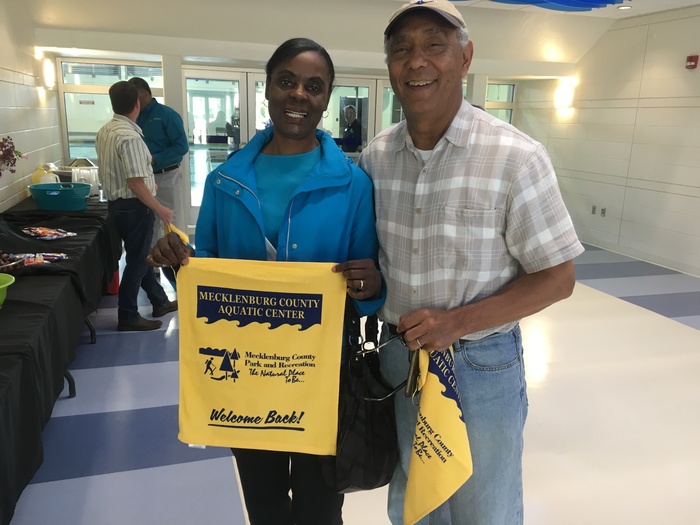 By the way, the Pro Swim Series, which will be held on May 12-15, is a huge event for Charlotte, where swimmers from across the country will come to race and have the opportunity to qualify for the US Olympic Team. If you want to see some world class swimming, and would like to get a preview of the new and improved Aquatic Center, I highly recommend checking out the Pro Swim Series next week. 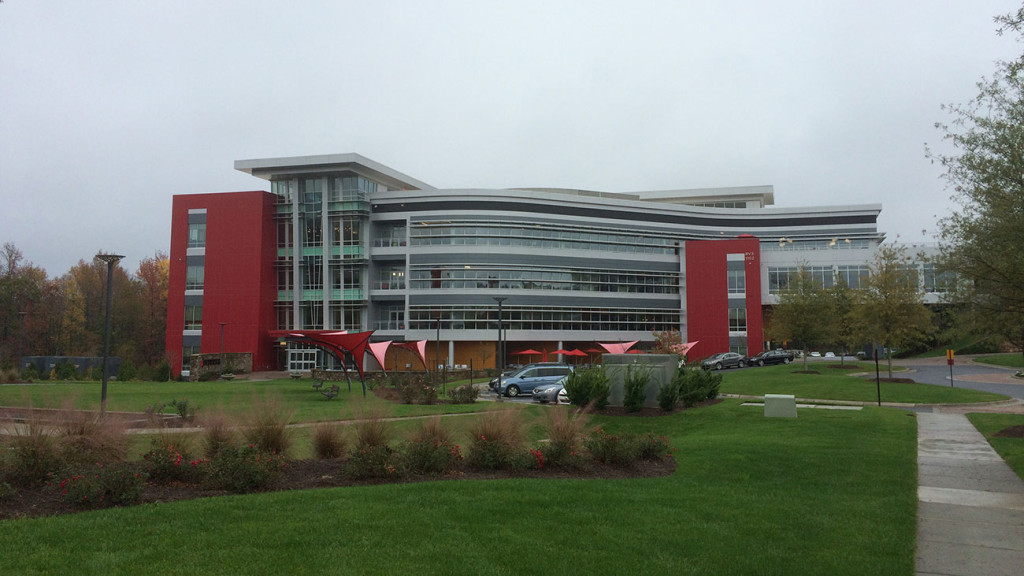 50 open jobs in Charlotte, because do you ever really stop looking?