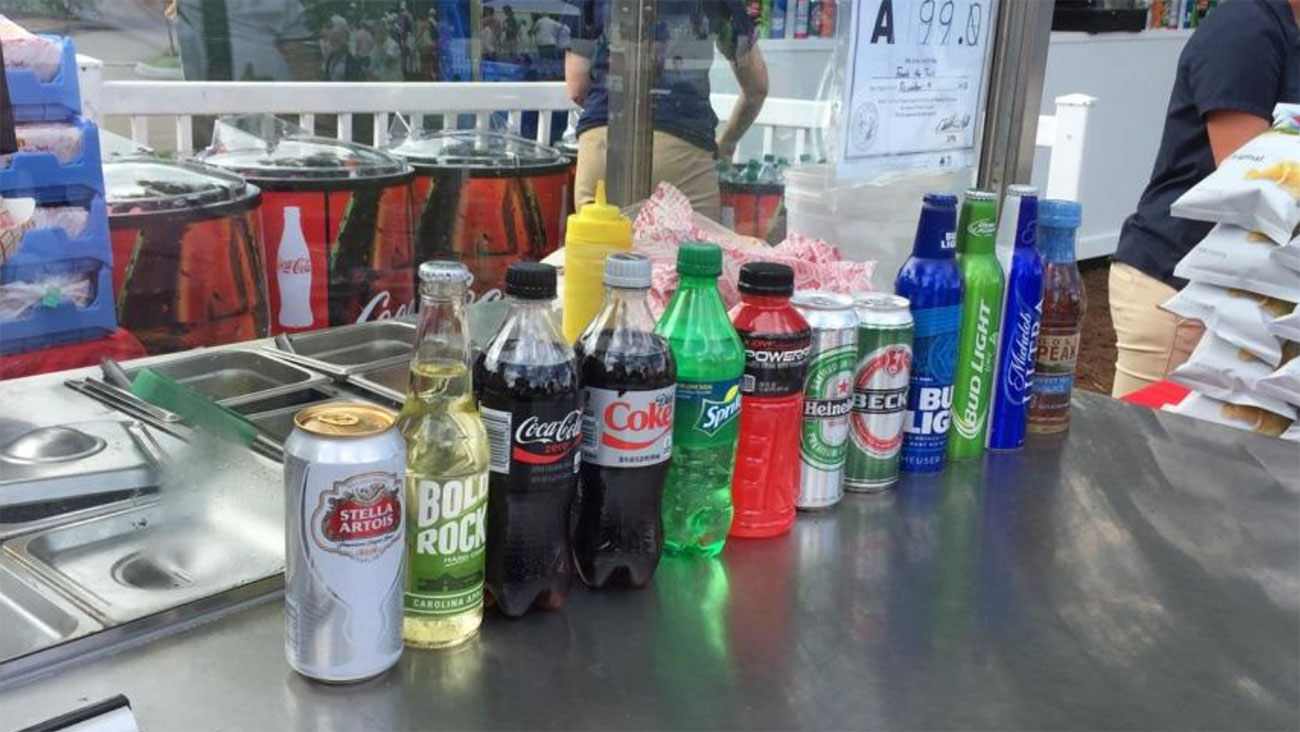 For the last 13 years, the Wells Fargo Championship has undergone a plethora of changes (names among them). Two things are constant: the tournament’s ability to attract some of the world’s best golfers to the Queen City, and an appalling lack of Charlotte-made beer options.

This year, we’ve set a new high-water mark in terms of Charlotte breweries pouring their wares to the general public at the championship: One. Congratulations to Sugar Creek Brewing on being the first “beer from here” poured to the public in the tournament’s history. I just wish you weren’t so lonely.

I get it. This is a golf tournament, not a beer garden. But it’s also a chance for Charlotte to put its best foot forward and show visitors what our city is made of, and that’s not accomplished by featuring only one of our area’s 20+ breweries.

Besides Sugar Creek as Charlotte’s representative (7 miles away from the Championship site), what are other Carolinian craft options? Catawba Brewing Co. (Morganton, 83 miles away), Wicked Weed Brewing (Asheville, 138 miles away), and Lonerider Brewery (Raleigh, 168 miles away). 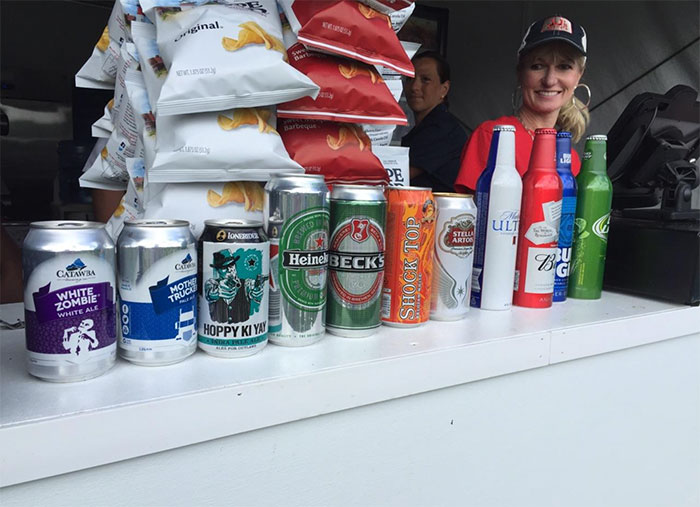 There’s a common thread to those choices: All these fall under the distribution umbrella of Adams Beverages, an Alabama-based company that services Charlotte and primarily handles Anheuser-Busch’s portfolio (Budweiser, Bud Lite, Straw-Ber-Rita, Shock Top, Goose Island). They’re providing the beer for the tournament.

It took us a while to track down Sugar Creek, too. A lone tap handle was finally spotted at the All American Pub tent, pouring alongside Goose Island, Southern Tier, and Wicked Weed. Until that point, it was all aluminum everywhere, heavy on macrobeer with intermittent appearances from Catawba & Lonerider. 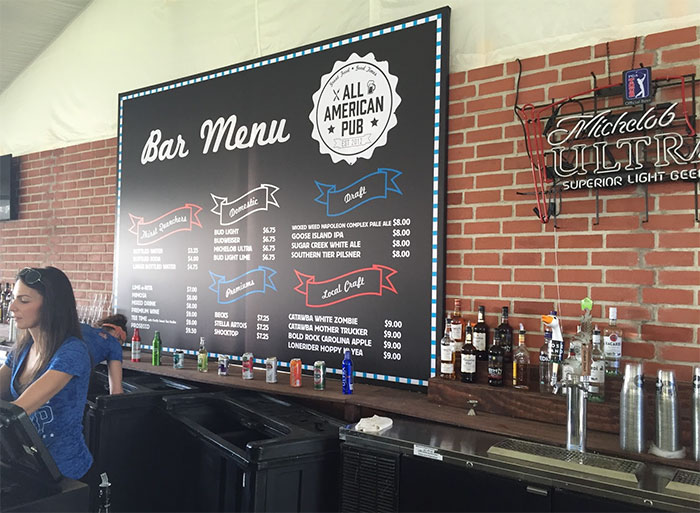 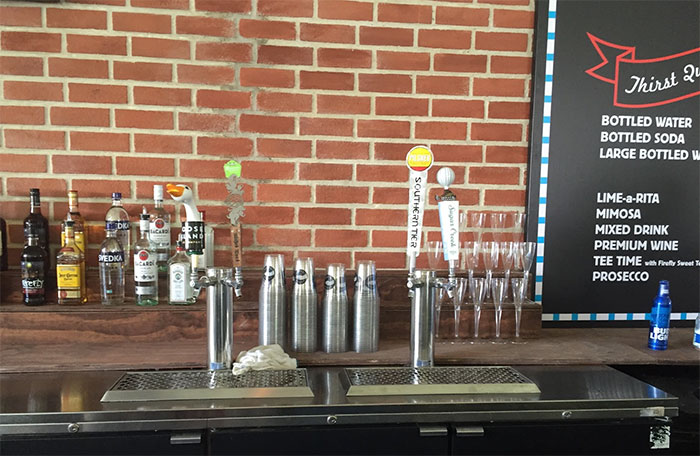 So if aluminum packaging is de rigueur at Quail Hollow Country Club, what of all the Charlotte breweries that can their beers? Basically, if you’re an independently distributed Charlotte brewery and not under the Adams umbrella, you’re out of luck at the Wells Fargo Championship.

Here’s what local brewers have to say about it

Chris Harker, of Triple C: “We are surprised by Quail Hollow’s decision not to support their local breweries and help show off the amazing craft beer Charlotte has to offer. All the other major sporting events in town make a big effort to buy and serve local.”

Suzie Ford, of NoDa Brewing: “It’s disappointing. You would think, having a nationwide audience, it would be perfect to showcase the great things we have locally. Especially with people coming in from out of the area, everyone is wanting to try something local. That is people’s focus now. Even more so, not giving them the beer that they want, you’re not giving them the opportunity to find out they like something new.” In previous years, the Olde Mecklenburg Brewery offered beers behind the closed doors of the Champions Club, where ticket prices cost more than double that of regular grounds tickets. This year, there won’t be a single drop of Copper, the area’s No. 1-selling craft beer, anywhere. Why?

John Marrino, OMB’s owner, said that his beers were kicked out of the Champions Club this year because of complaints from Anheuser-Busch and Adams even though it was accessible to so few people. Therefore, no OMB at all this year.

For one local restaurant, the dependence on Adams on beer created quite an irony. Bryan Meredith owns Queen City Q and refuses to carry any Anheuser-Busch products in his own restaurants due to his disagreement with their business practices.

Next August, the Wells Fargo Championship makes a one-year move east to Wilmington, as the Queen City is instead set to play host to the PGA Championship, the last of the four major golf tournaments.

We have until next August to get this right.