Everything I thought I knew about safe cycling was wrong 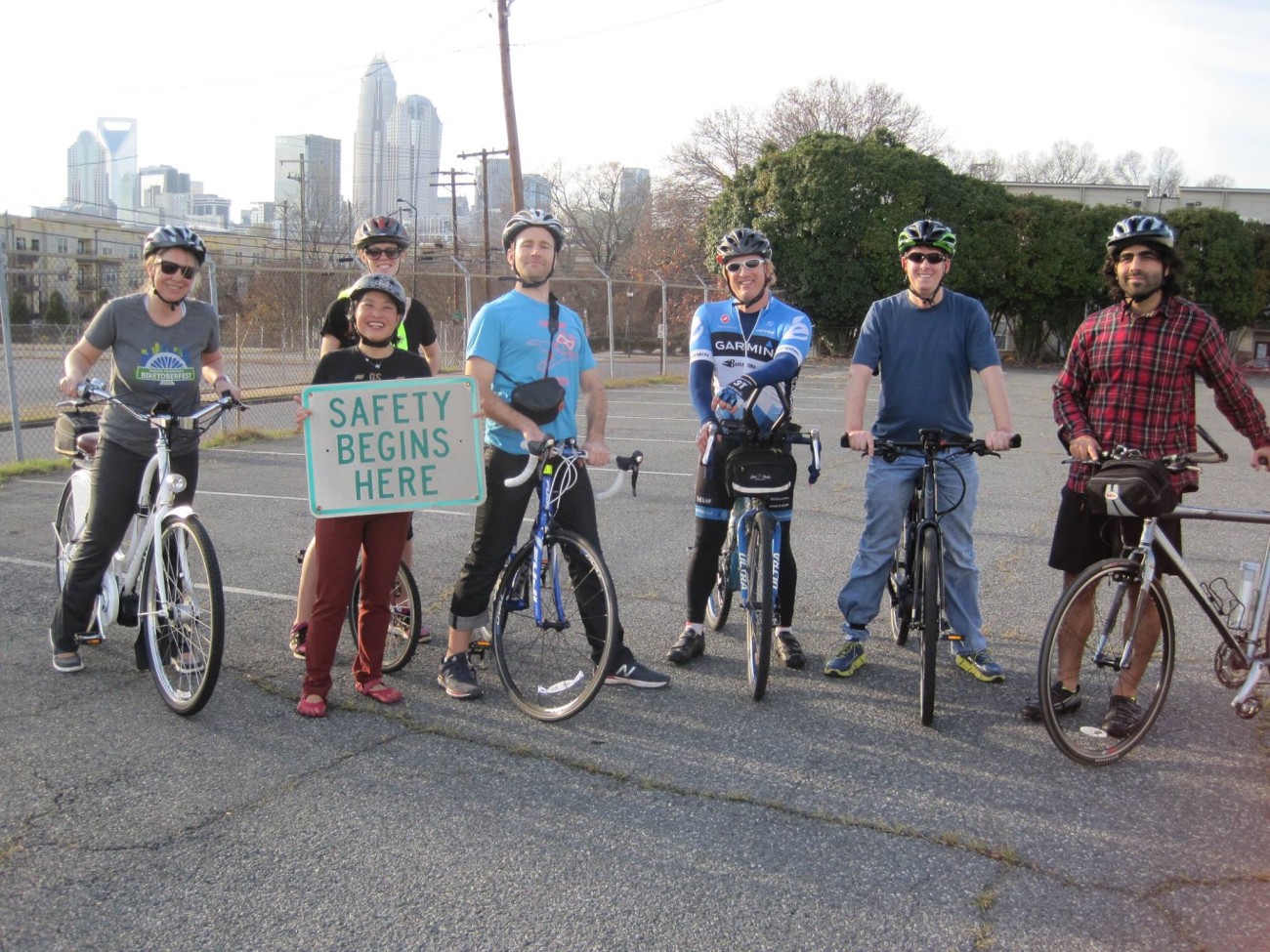 Friday night I took a 3-hour CyclingSavvy class led by Pamela Murray, one of the founders of Charlotte Spokes People and the nicest, most experienced and most inclusive cyclist I’ve ever met. She wants everyone to ride and creates accessible opportunities for people to do so (check out the Charlotte Spokes People calendar for rides every week). Pam has covered 27,000+ accident-free miles in Charlotte on her bike and puts in a lot of work to educate other people on how to ride safely, including a formal 3-part bike skills course.

I haven’t ridden my bike since one of my best friends was hit while riding his in D.C. last year so I took the classroom portion of the CyclingSavvy course with the hope of building my confidence up to get back on the road. I walked away with the realization that everything I thought I knew about safe cycling was wrong.

A disclaimer to this is that after presenting us with all the facts and best practices, Pam repeatedly stressed that the most important thing is to ride where you’re comfortable riding. You’ll see below that sidewalks and bike lanes aren’t actually always the safest places for a cyclist to be, but if that’s your comfort zone, understand your risks and ride where you feel best.

Misconception: Cars are the biggest threat to a cyclist.

Actually, 44% of bike crashes are classified as solo falls. Only 18% of bike accidents involve moving motor vehicles and 17% involve other cyclists. The remaining 21% of falls are caused by collisions with animals, stationary motor vehicles (hitting a parked car, for example) and pedestrians. 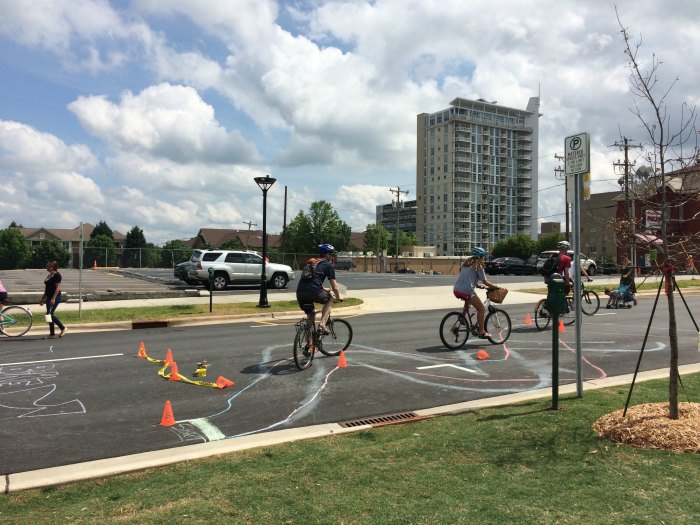 Misconception: I’m safer riding on the sidewalk than on the road.

Although it’s legal to ride on the sidewalks in North Carolina and might feel safer than a road, you’re actually putting yourself in a riskier riding position. This is because from a sidewalk you’re not in a position where you’re relevant to a car.

Think about it this way: People driving cars are used to looking out for pedestrians on sidewalks. Because pedestrians move at 1-2 mph, a driver knows that from the time they checked a driveway or crosswalk to the time they execute their move, it’s unlikely that someone on foot will move into that zone fast enough to be at risk. A bike moving at 10-15 mph, however, could very easily not be there when the driver checks the zone and then suddenly appear after the car is already in motion. It’s also much harder to stop a moving bike than a walking pedestrian if you have to correct to avoid a car at a driveway, business entry or crosswalk.

Unless you’re willing to slow or even stop at every single driveway or business entry, the sidewalk isn’t always the safest place to cycle. 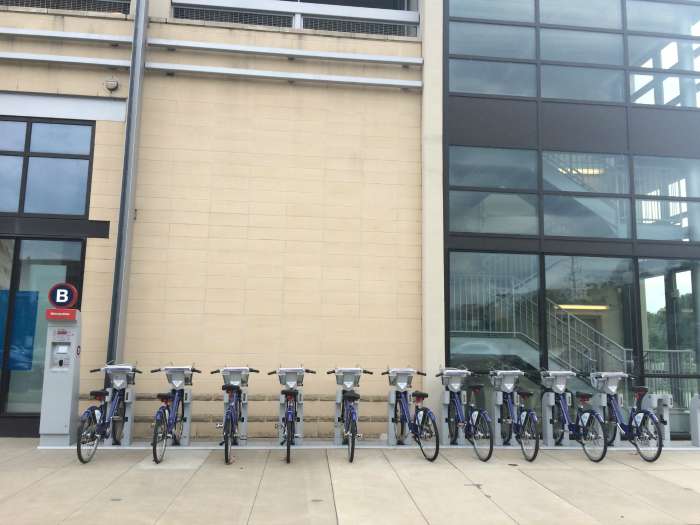 Charlotte B-cycles at The Metropolitan

Misconception: If riding on the sidewalk isn’t ideal then staying as close to the side of the road as possible is my best bet on a bike.

A lot of the hazards that cause solo falls–like drain grates, gravel and cracks–are located on the side of the road, making this a dangerous place for a cyclist to be. There’s also a risk of getting struck by the door of a parked car, which, comical as it might sound, can absolutely kill a cyclist.

What’s worse, hugging the side of the road creates an illusion for the drivers behind you that there’s plenty of room to squeeze by you without allowing enough safe passing distance. CyclingSavvy instructors conducted a test and found that the closer a cyclist rides to the side of the road, the closer cars get to them when they pass. “With your lane positioning, you can influence how drivers around you drive,” Pam explained in class. “Why would you encourage drivers to drive that close to you?”

As uncomfortable as it may be for timid riders, positioning yourself squarely in the car lane results in cars treating you like a car. This means drivers will do a full lane change to pass you instead of edging by dangerously close. 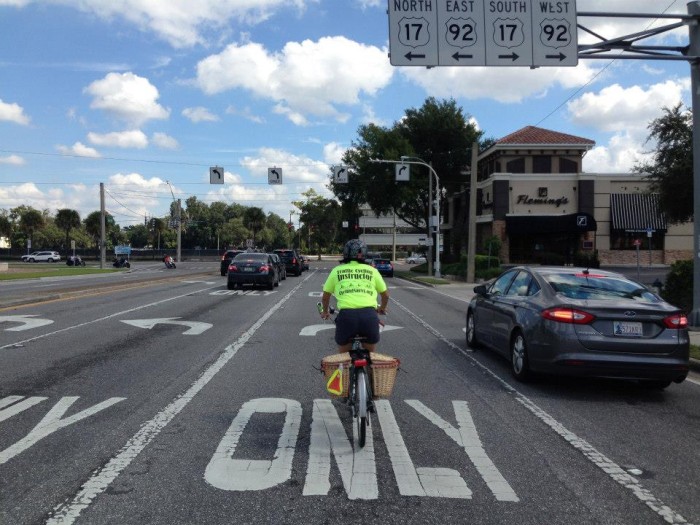 Misconception: If I’m wearing reflective gear, drivers can see me in the dark.

This is one reason it’s so important (and legally required) that you have lights on the front and back of your bike in addition to your reflective gear. 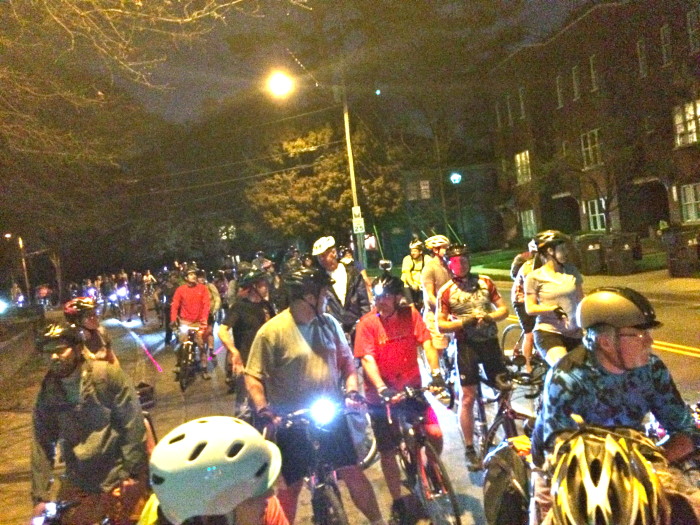 Headlights and helmets on the Plaza Midwood Tuesday Night Ride

Misconception: If there’s a bike lane, that’s always the safest place to ride.

If you ride in the road positioned in front of or behind a car, the driver will (hopefully) respond to you like a car. 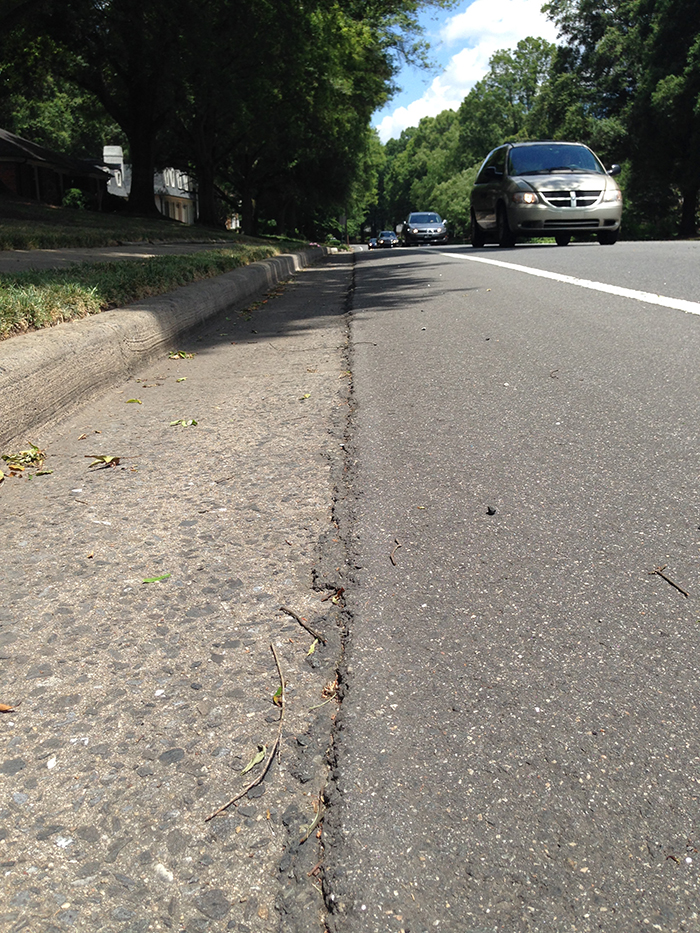 Be predictable. Drive straight. Don’t weave in and out of cars just because you can.

Be relevant. Ride where cars drive (if you’re comfortable doing so) and follow the same rules drivers follow so that they treat you like a car.

Be visible. Again, ride where cars drive (if you’re comfortable doing so). Understand blind spots. Wear reflective clothing in the dark. Have lights on the front and back of your bike.

Communicate. Use hand signals. Make eye contact with drivers to confirm they see you. Wave cars around you when it’s safe for them to pass.

Cooperate. If you want the respect of a car, ride big like a car. Take up space. Follow the rules. Acknowledge when cars are stuck behind you and help them find the best/safest time to pass. A friendly wave goes a long way. 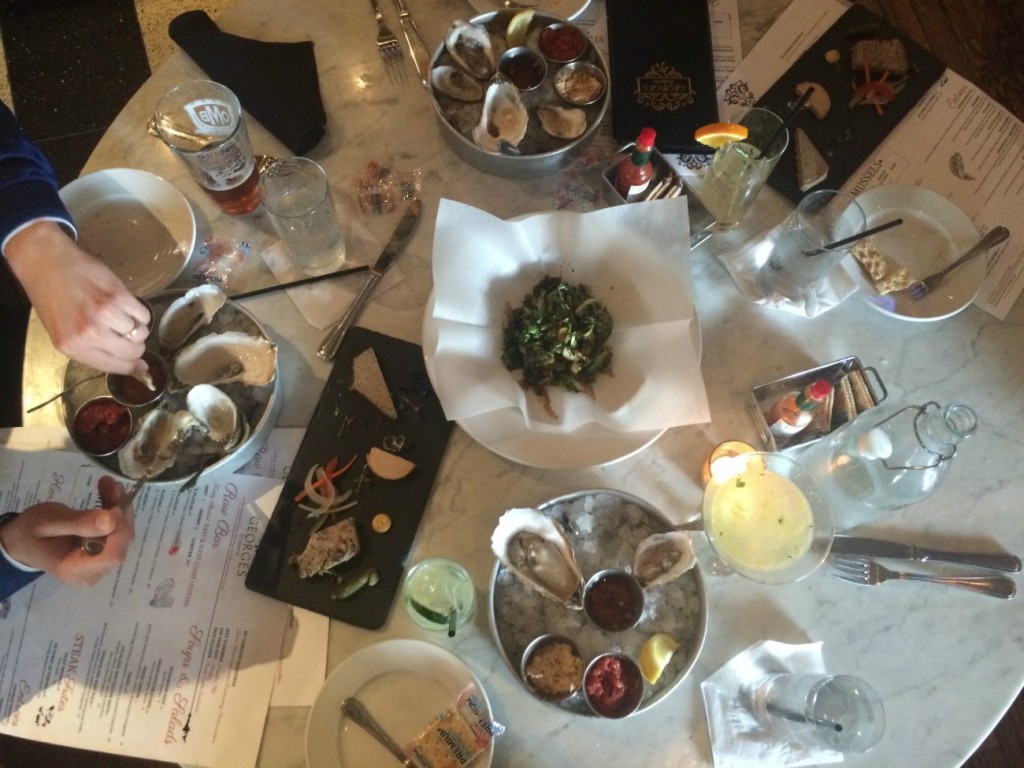 Georges Brasserie has an impressive happy hour and dinner menu. See what we tried