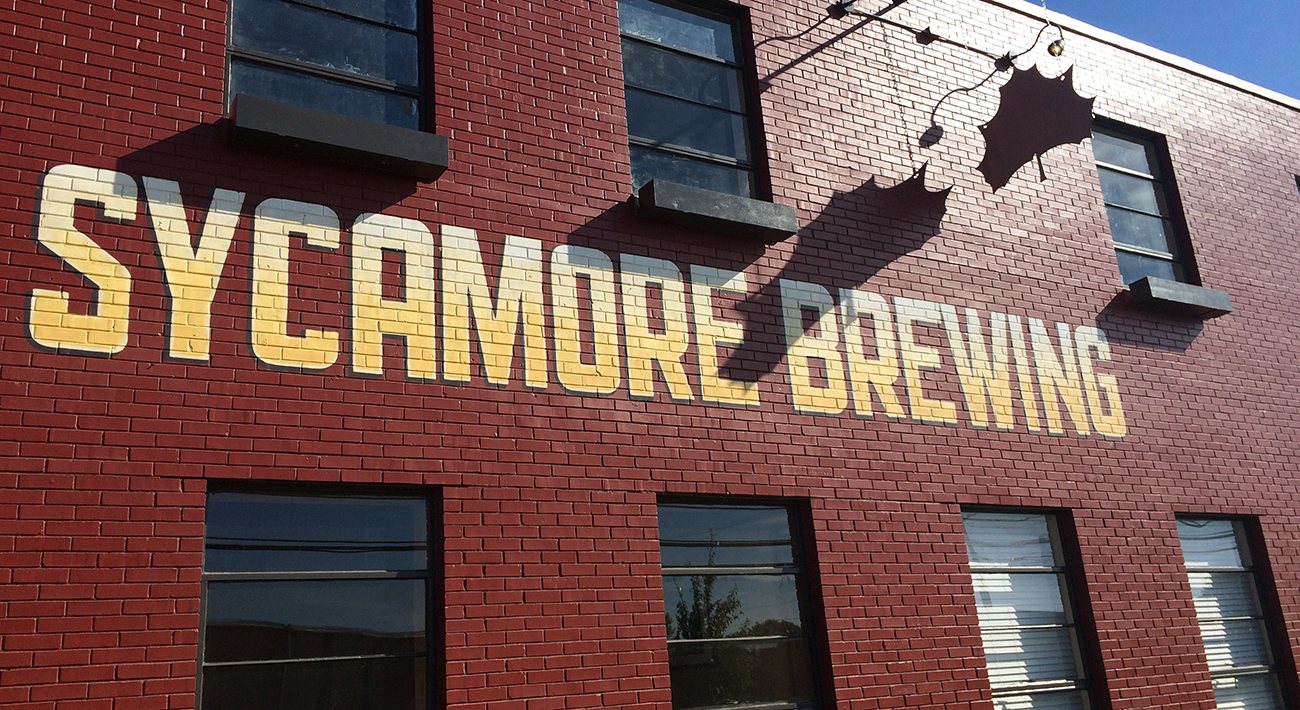 We’ve written before on the big moves afoot over at Sycamore Brewing. They’re the new hosts for the long-running Food Truck Friday event. Their patio is Charlotte’s hottest sunny day real estate. They’re the proud new owners of their building and property, and have big plans for a second, larger taproom onsite.

These big moves obviously translate to more visitors, and they’re certainly coming thirsty. Over my past several excursions to Sycamore, I’ve noticed the number of offered beers were on a bit of a diet. Beer may be brewed in a few hours but fermentation takes weeks, and it looked like we were drinking Sycamore dry. 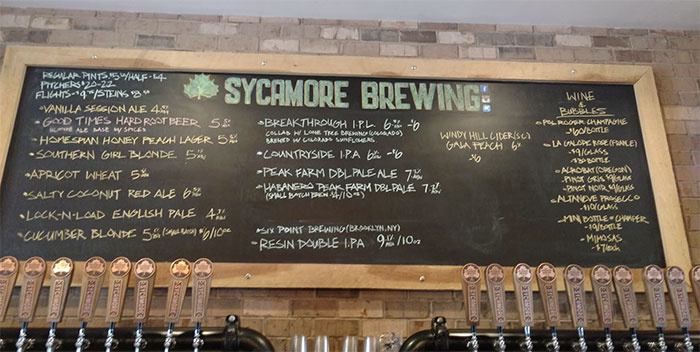 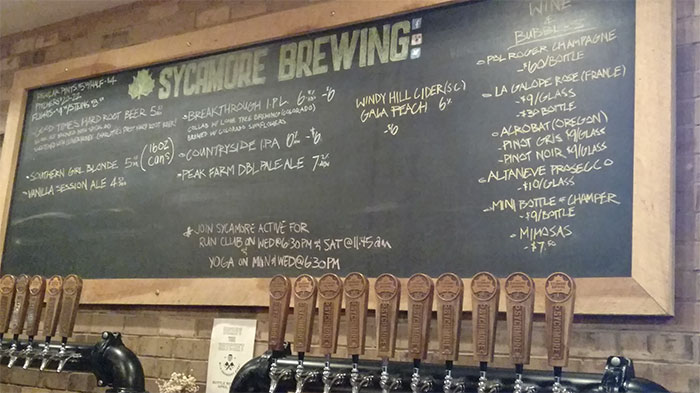 In their first year of business, Sycamore brewed through an astounding 102 different beer recipes, an accomplishment that’s simply unheard of. Their taproom’s 20 tap lines saw heavy variety rotation. So, imagine my surprise to walk in and see but six beers on tap earlier this week. Was I in the right place?

I reached out to co-owner Justin Brigham with some questions. Were fewer varieties going to be the new normal? Was Food Truck Friday simply draining the tanks? His responses left me even more excited for Sycamore’s future.

I heard y’all almost ran out of beer over this past weekend. Is that true?

The taproom list dipped briefly after brewing our collaboration lager with Lone Tree Brewing in Colorado, our Homespun Honey peach lager, and bottling our newest barrel release, “Berry the Hatchet.” Those beers just simply take longer in the tank to get right, and since their releases, our cellaring capacity opened back up. We are now turning every tank steadily. This spring has just been so great in the beer garden that we need every tank on overdrive. We are all hands on deck brewing seven days a week. 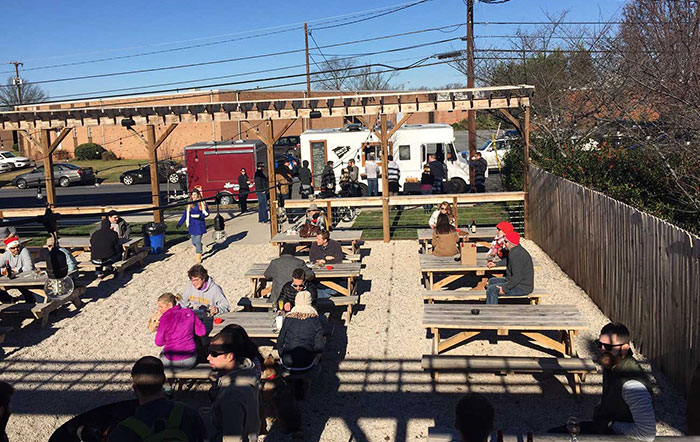 The best part of our high demand is that our unique beer count is able to stay so high. Our small batches are just shy of 500 gallons, and they move fast enough to keep trying new recipes with new ingredients. Maintaining creativity is amazing as brewers, and we feel fortunate.

As for last weekend, not sure where you heard that, but we came came into Monday with ample beer on-hand in kegs and new beers in the brite tanks. The rumor mill churns… 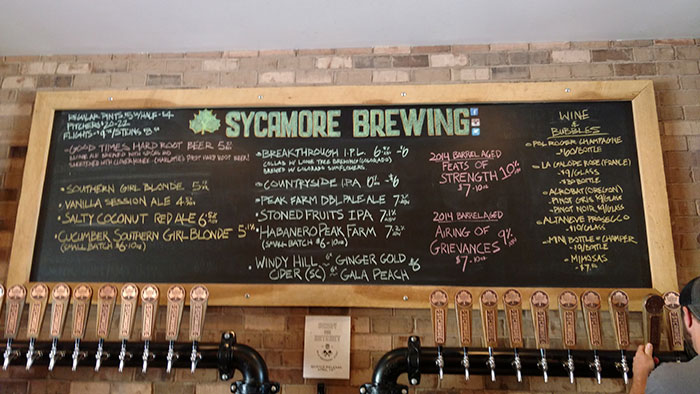 Are the days of 10+ beer varieties on tap gone?

I completely disagree with that. At the moment, we have 13 beers on tap, with 4-5 more coming out next week and three different barrel aged releases about to be launched. The demand for our beer right now feels incredible, and while we are selling beer as fast as we can make it, our whole team is fully focused on brewing and our variety.

How has hosting Food Truck Friday affected your demand?

Food Truck Friday has certainly enhanced our Friday nights. It is such a well-loved tradition in South End, and we are really happy to be able to continue it after the Common Market site was sold. With our brewery coming together with the original Food Truck Friday, we were bound to sell more beer. 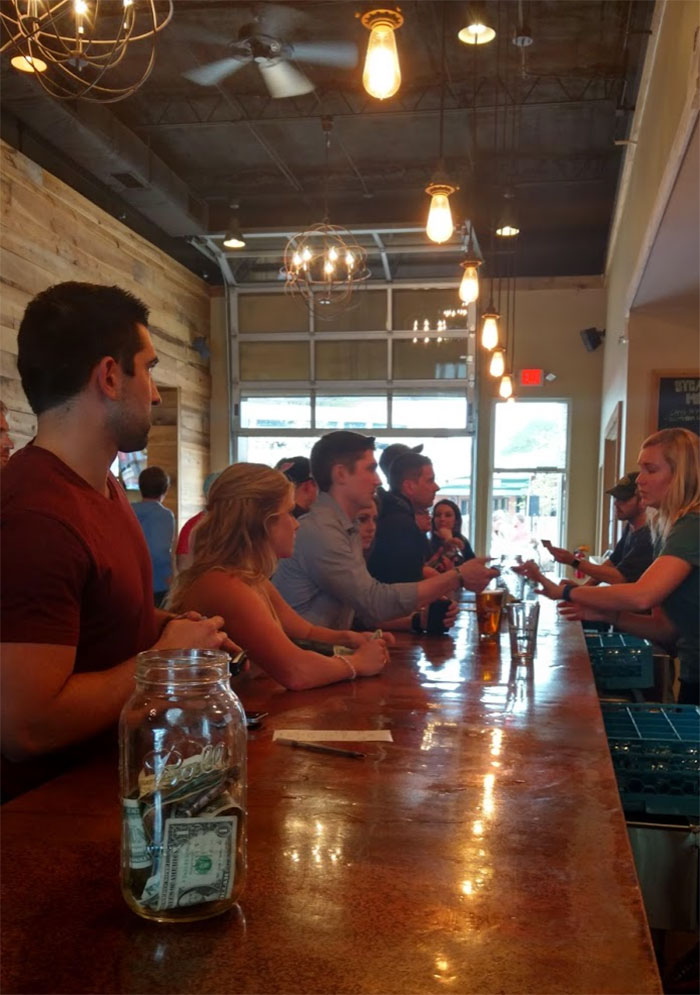 Any plans on expanding production capacity?

In fact, yes. We have begun the process for developing our second space. We are in conversations with a number of brewhouse manufacturers to determine our next, larger system configuration. We purchased our South End space last September and have no plans on leaving here. The second space will be in addition to our current home.

We absolutely need more tanks. Our sales team has their foot lightly on the brakes to keep the taproom supplied. Even after over tripling capacity in our first six months, we need more tanks, hence the planning going into a larger production facility. I’d like nothing more than additional tanks right this moment, but it needs to be done properly and given that we aren’t backed by outside money, it needs to be done purposefully.

Has the fermentation speed been altered at all for a quicker turnaround lately?

Not a bit. Never. There is zero chance of Sycamore cutting corners on our beers. At this point, I already started making plans for my afternoon. “Alright, so I have an event at 6:30, but Sycamore’s tap room opens at 4…” when one last e-mail from Justin floated in.

Have y’all decided on where the larger production facility will be, or at least what areas of town you’re looking?

I’d like to try and stay close to our home base, but we are willing to extend the search outside of South End to find the right building. With bigger equipment, ceiling heights and footprint really are crucial. No need to apologize, you heard it here first.

You mentioned you were meeting with an architect. Concerning the new taproom space, I take it?

Yes, we have been in constant motion trying to get plans for our new taproom space submitted to the city. The space will feature 32 new taps, a significantly expanded beer garden, and a 2,400 square foot rooftop deck with views of Uptown’s skyline.

We hope the build-out itself will take around five months. It is different in that this is new construction, not a building renovation. 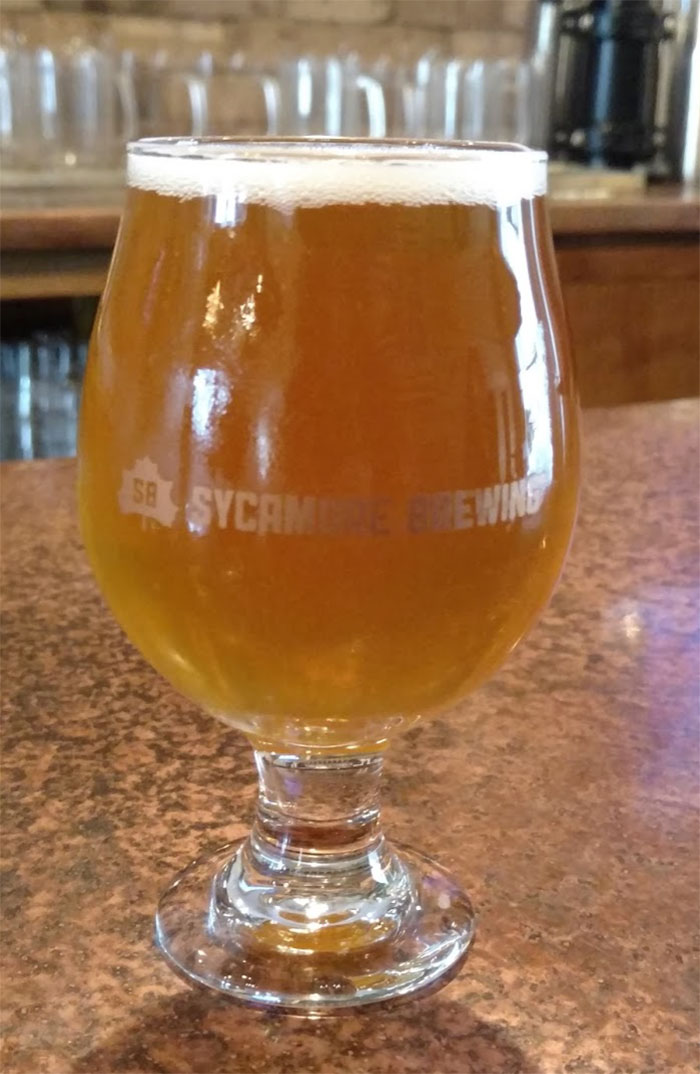 Three different barrel releases coming up. I’m looking forward to it! What are the specifics?

Right now we have different beers in bourbon barrels, rye barrels, brandy barrels and some incredibly special French Cognac barrels. We taste them constantly, and before too long, we’ll release the final names and details.  They’re getting close. 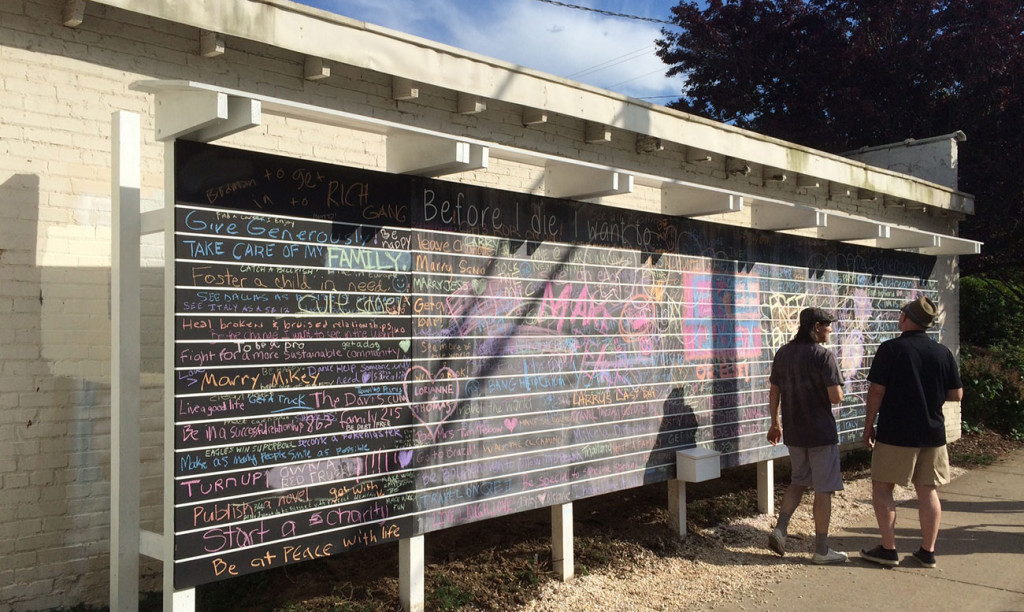 6 projects just got funding to keep South End interesting. Here they are