Agenda for Friday May 22: New bar to baseball history

Bill, VP of Marketing at the United Way of Central Carolinas, invited the Agenda to a breakfast event yesterday morning at the Charlotte City Club. I responded back “Yes, I’ll be the guy in the jean shorts and cowboy hat.” I don’t think he could tell if I was serious or not so he sent me a link to the City Club’s dress code. I dusted of my Jos. A. Banks blazer and went. Typically I zone out at these things, but their new head dude, Sean Garrett, impressed the heck out of me. Dynamic. Confident. Experienced (11 years at the United Way). Young (34ish). Smart (Georgetown undergrad, Northwestern MBA). I’m bullish on this organization and it made me realize I need to volunteer more.

Today’s Weather: 82. Sunny, 0% chance of rain. 100% chance that you will stop doing real work at 2pm.
Today’s Stat: 9,389. Average attendance at Knights’ home games this year according to the CBJ.
Today’s Job: Wealth Management Client Relationship Consultant at TIAA-CREF.Apply.
Today’s Charlottean: Sean Garrett, Executive Director of the United Way of Central Carolinas, for tackling big issues in Charlotte and leading with a photo of his two young sons in a presentation.

Packard Place’s terrible parking lot could transform into Charlotte’s most popular bar
Parking lot will be replaced by a 7000 sq. ft. patio that will be a 400 person, beautiful beer garden. Get the entire scoop from Jason Thomas.

12 historical points of interest in Elizabeth most Charlotte natives don’t even know about
Tim knows Charlotte neighborhoods. My favorite: The house in front of Presbyterian Hospital on Hawthorne Avenue was the home of Henry Belk, founder of Belk Department Stores.

Work life of Eric Freedman, Dean of the James L. Knight School of Communication
I need to hangout with Eric more. Fascinating guy. He loves his Nest thermostat, plays Xbox & eats the Tempeh Hoagie at Mellow Mushroom. Learn how he works.

So what exactly do you do anyway? A look at the non-nine-to-fivers
Liz talks to 11 people working at Not Just Coffee and Common Market in the late morning to learn exactly what they do. Meet Paul, Anna, Brian, Greg, Gareth, Charles, Jason, Bethany, Art, Justin & George.

5 ways to make the most of the Coca-Cola 600 from a former NASCAR insider
Going to the 600 this weekend? Dana provides the inside scoop on everything from driver autographs to free concerts to headsets.

Corkbuzz, a New York based wine bar and wine-centric restaurant, is opening in SouthPark on June 8. View photos I took of final construction and learn about the concept – Agenda Briefing.

Pro women’s golf is in town. The Symetra Classic is today through Sunday. 144 professional golfers competing for a $110,000 purse. Held at Raintree Country Club. Tickets are $10 at the main gate. Free admission for kids under 16, all active military and anyone that brings three non-perishable food items on Saturday.

Have an excellent long weekend and if you’ve never been toSuarez Bakery, you really don’t know our bakery scene. *We’re off on Monday because I want to drink beer and play with a baby instead of work the internets. 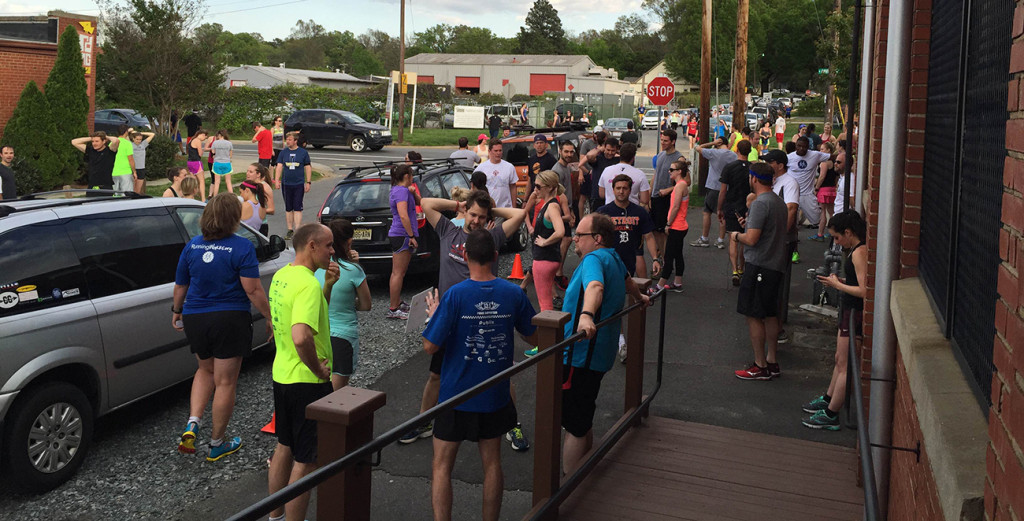 by Phil Sanford
Most Read
1
Kid Cashew on East Boulevard sets its opening for mid-January
2
Hello Friday. Charlotte Recycling Plant.
3
Starbucks on East Blvd will start to serve wine after renovations
4
Bleu Barn Bistro takes food from farm to food truck
5
May I smell your beer? 26 days without drinking
Most Recent Open Jobs