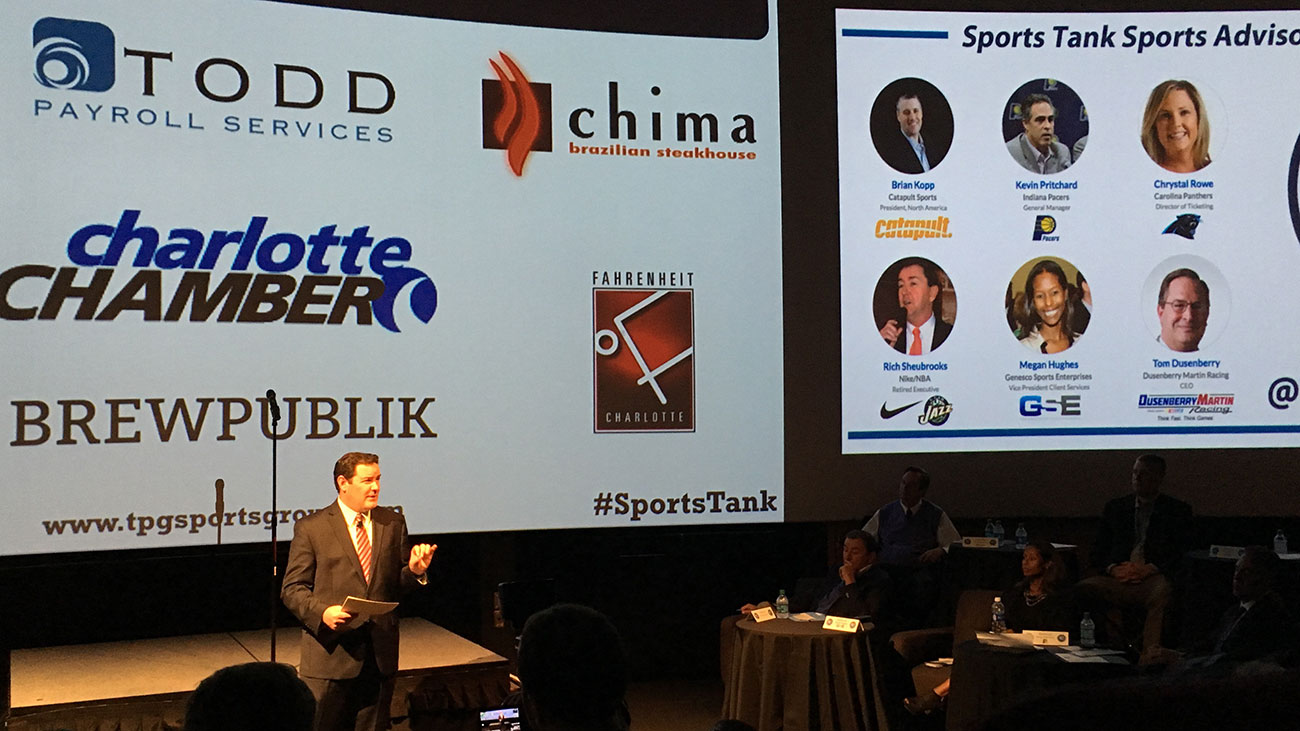 This past Friday I stopped by the “Sports Tank” pitch event which was hosted by TPG. Based on the hit TV show Shark Tank, this event features 10 companies who pitched to five investors (sharks) who could potentially offer financial support for their businesses. 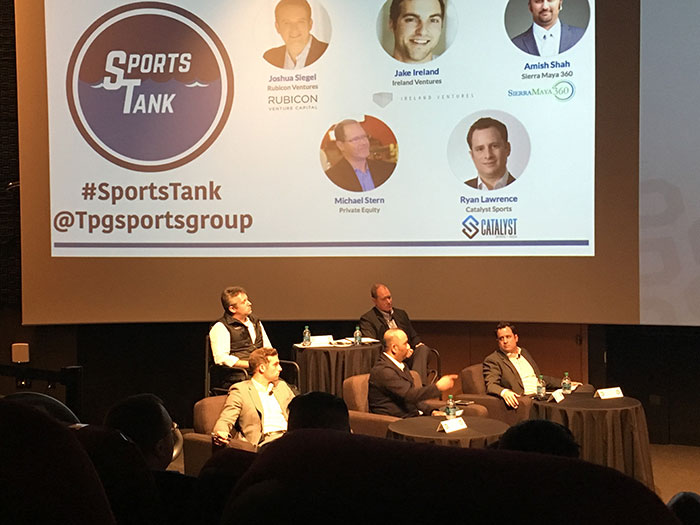 From the dramatic opening video featuring drone footage of Charlotte with clips of Steve Jobs woven in, it was clear that the organizers were set on manufacturing an atmosphere where people were on the edge of their seats.

This was inadvertently later confirmed when one of the Sharks might have accidentally let it slip on a hot mic that they were encouraged to create excitement.

As someone who is generally turned off by theatrics utilized, I must admit this was actually a compelling event. At first I doubted I could be entertained by businesses seemingly named by Derek Zoolander making pitches to a group of people who are far more wealthy than I will ever be, but in the end I left fairly entertained and actually inspired. 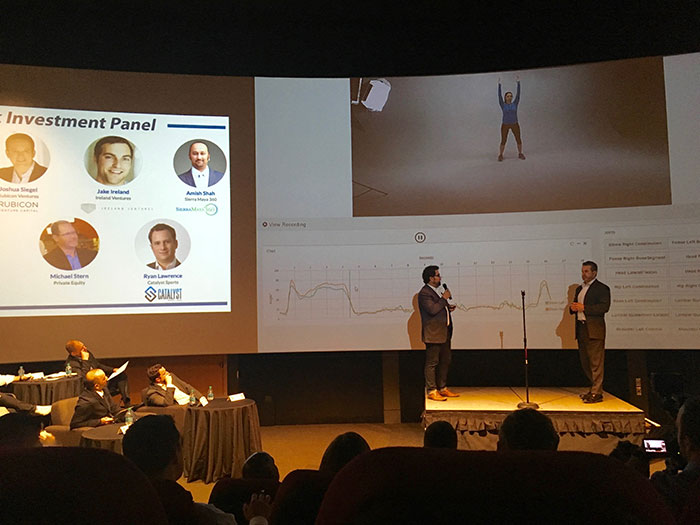 My favorite pitch was by a company named Trago that used data to determine the ideal amount of hydration you need. From there you utilize a special bottle top that measures how much you drink throughout the day and feeds it into your smart phone. Essentially it’s a Fitbit for hydration that professional teams could use to track players, or that the average person can use in their daily life.

As someone who has never seen Shark Tank* or been to a pitch event** I found the event as a whole to be interesting, and potentially would like to see more open to the public. There clearly is a market with the TV show’s popularity and with a larger space and lowered ticket price*** the organizers could bring this interesting concept to more people in town. 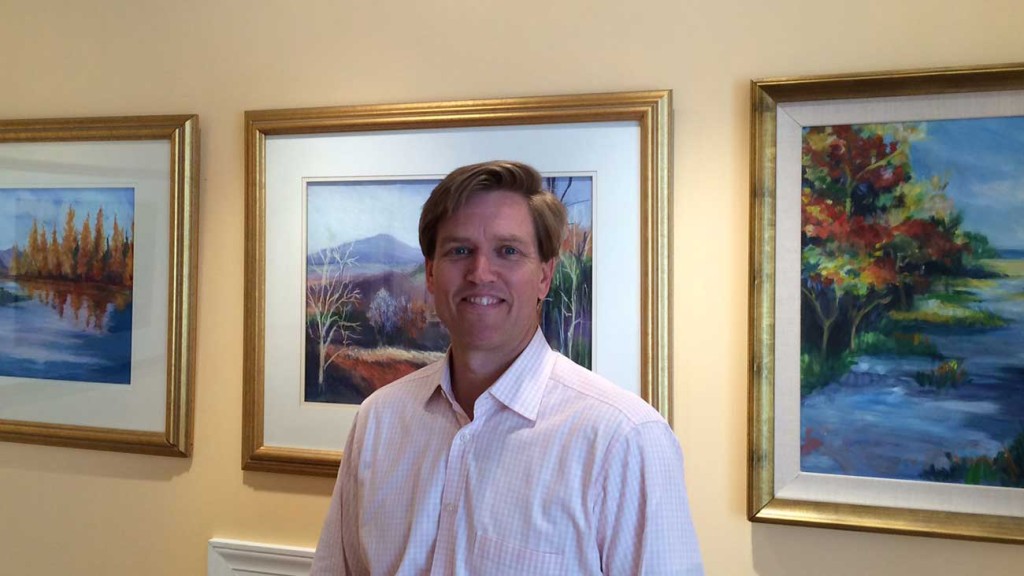 Agenda Event – Fireside Chat: How to get into politics w/ Edwin Peacock