The Hornets season is flying under the radar. Time to pay attention 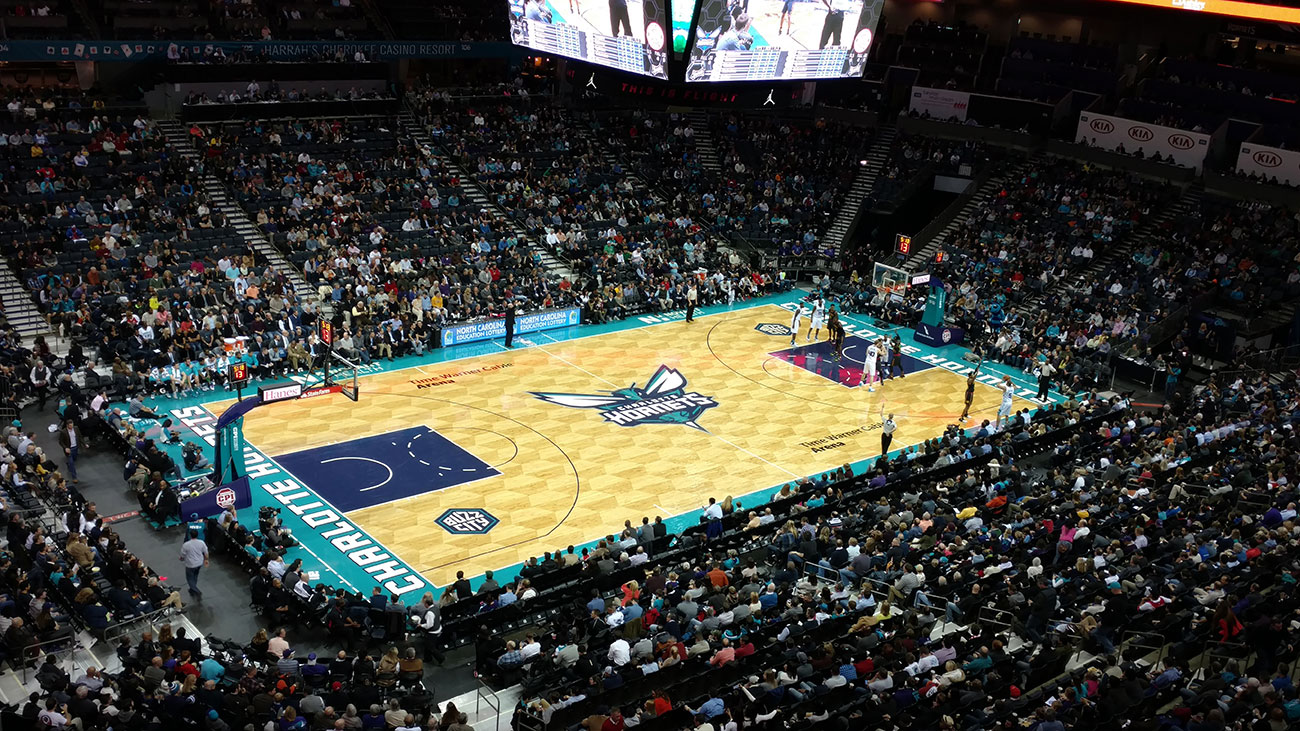 There’s something exciting happening in Charlotte that is flying under the radar and you might be missing it. Everyone knows the Panthers went to the Super Bowl and that Carolina made the Final Four, but did you know the Charlotte Hornets are having their best season since they were, well, the Hornets the first time?

That they’ve made the playoffs and should get their first playoff win in 13 seasons? That Kemba Walker is the best player in the NBA that nobody’s talking about?

After the Hornets left in 2002, NBA basketball in Charlotte has been underwhelming at best. Out of the last 11 seasons, the Hornets have had a winning record for only two of them, making the playoffs both times but getting swept in the first round. I’ve been going to Bobcats and Hornets games since 2008 and some of these games were pretty brutal to watch.

The good news is, the Hornets are finally looking play a real playoff team. They’re flat out exciting to watch. They can win on the road. The team chemistry is the best I’ve seen since I’ve been following them. The front office has been making great free-agency decisions. Their head coach, Steve Clifford, who has been integral in turning the team around, is signed through the 2018-19 season. 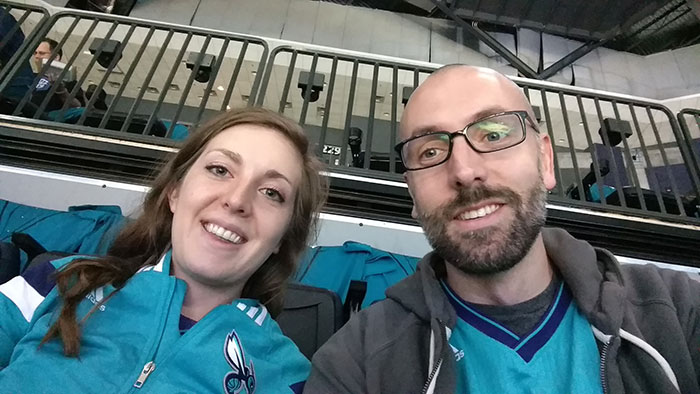 So why isn’t Charlotte flushed with support for the Hornets like they were a few months ago for the Carolina Panthers? Why aren’t we on the covers of magazines and facing big interviews and why aren’t we doing the Hornets-equivalent of the Dab?

Why isn’t Steve Clifford in the same conversation as Ron Rivera? Why weren’t Kemba Walker or Nic Batum voted in as All-Stars? I think the answer is that people have been so used to the Charlotte NBA team being so bad for so long that they’ve completely fallen out of the conversation. Nobody even knows how well they’re playing right now, and they’re playing out of their minds.

Meet some of the players 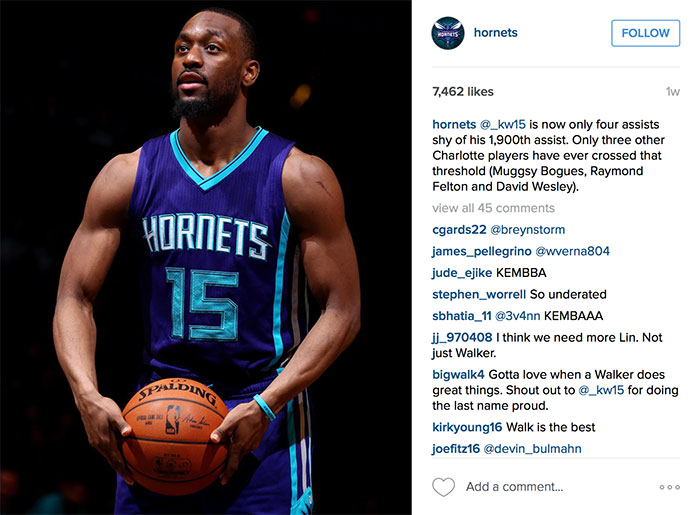 Kemba Walker, our 6’1” point guard is 15th in the entire NBA in points per game, 19th in steals per game and 24th in assists per game. He’s having his best statistical season of his young career. Pound for pound, he’s one of the most exciting players in the entire league.

He’s earned the nickname “Cardiac Kemba” for his insane, buzzer-beating shots. Between his touch when shooting and his ankle-breaking ability to change direction while dribbling, he’s a human highlight reel. You only haven’t heard of him because his name isn’t Steph Curry, Russell Westbrook or Chris Paul. 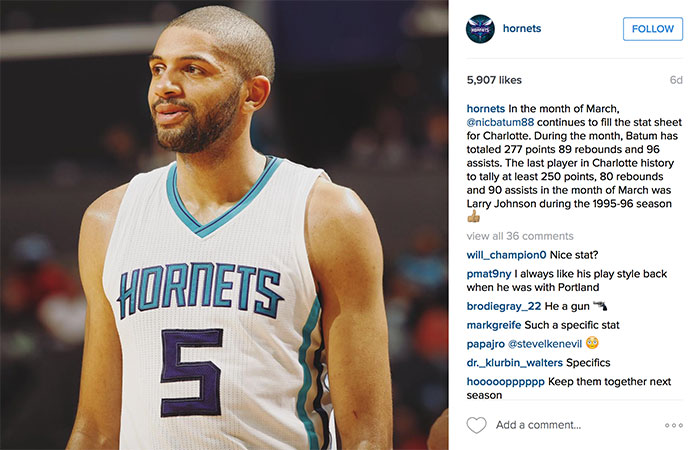 Nic Batum has filled a huge void that Charlotte has had for a long time, and that is a pure shooter who can catch a pass and shoot a J from almost anywhere on the court. He does a lot of other things really, really well, but it’s fun to watch him swish a three or a long two. 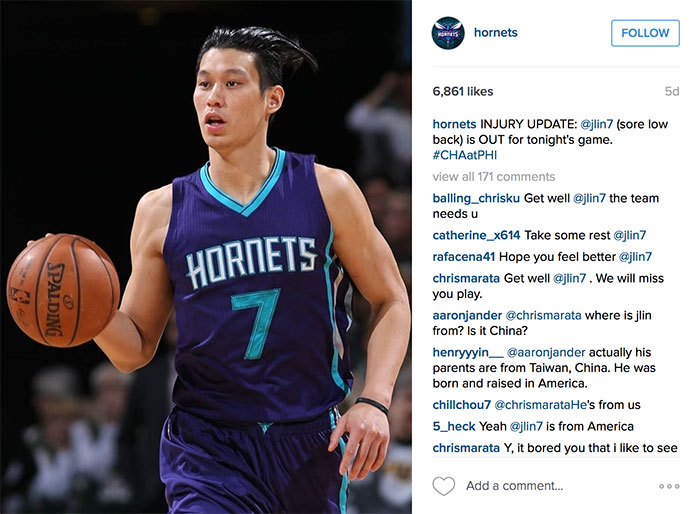 Jeremy Lin, yeah that Jeremy Lin, has been nothing short of an A+ acquisition for the Hornets. His game is so similar to Kemba’s that it can be hard for him to shine, and there’s the probability that he won’t be back with the Hornets next year, but he hustles so hard and he’s so exciting to watch. I encourage you to watch before it’s too late and he’s gone.

One of our brightest up-and-coming stars, Michael Kidd-Gilchrist was only able to play a handful of games this year before getting injured again. Hornets fans were really upset and really feel for him because of the hard work he’s put in, but I think that says even more about what they’ve been able to accomplish without one of their best players.

Have you found the Hornets on TV?

Part of the problem with Charlotte not knowing how well the Hornets are doing is that they’re not as easy to find on TV as other sports. That doesn’t mean you can’t find them, though. If you have cable or satellite, you can find them on Fox Sports South. If you don’t, you can pay $29.99 to see all their remaining games through NBA League Pass. If that’s more than you’d like to spend, you can watch individual games for $6.99. That’s cheaper than going to the movies.

For now, tickets to the games are still surprisingly inexpensive. It’s usually way cheaper to go see the Hornets than it is to see the Panthers or the Tar Heels. Come playoff time, that will probably change, but Hornets playoff tickets will still be relatively cheaper than other sports playoff tickets.

Getting to the games is also easier than you might think. If you live in south Charlotte or Union County area, you can take the light rail right to the door of Time Warner Cable Arena. If you need to drive to Uptown, parking lots can easily be found for $10 a night as long as you don’t get within a block or so of the arena, where prices can be way higher. 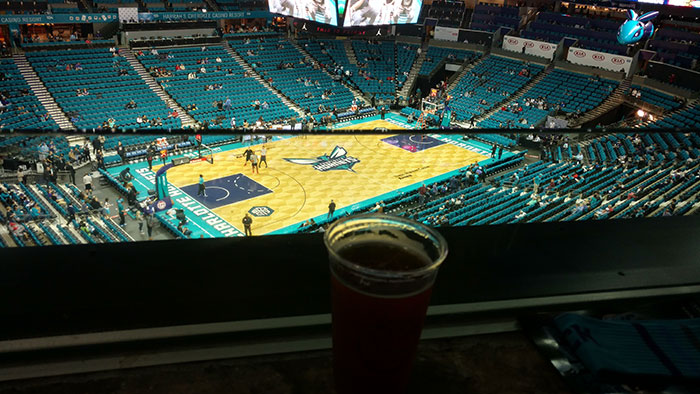 Most of the city is asleep at the wheel. I strongly encourage you to pay attention and go to a game (or two or more) or watch at home.

The Hornets are playing some of the best basketball in the NBA since the All-Star break, Kemba Walker is one of the very best players in the game, and I believe we’re witnessing the beginning of the next Charlotte Hornets dynasty.

I hope you don’t miss out because you weren’t paying attention. I hope the city of Charlotte can rally around our team. Tell your friends, family and coworkers that there’s another Charlotte team that’s getting ready to make a splash in the playoffs. 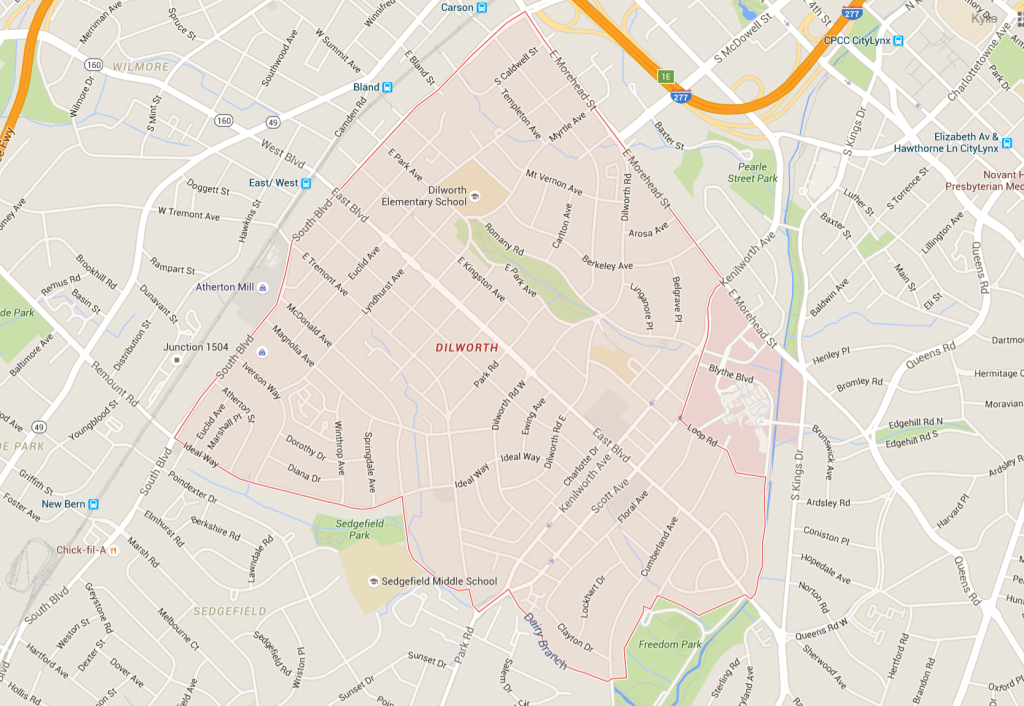 History on Call may no longer exist, but you can still learn Dilworth’s history on a walking tour