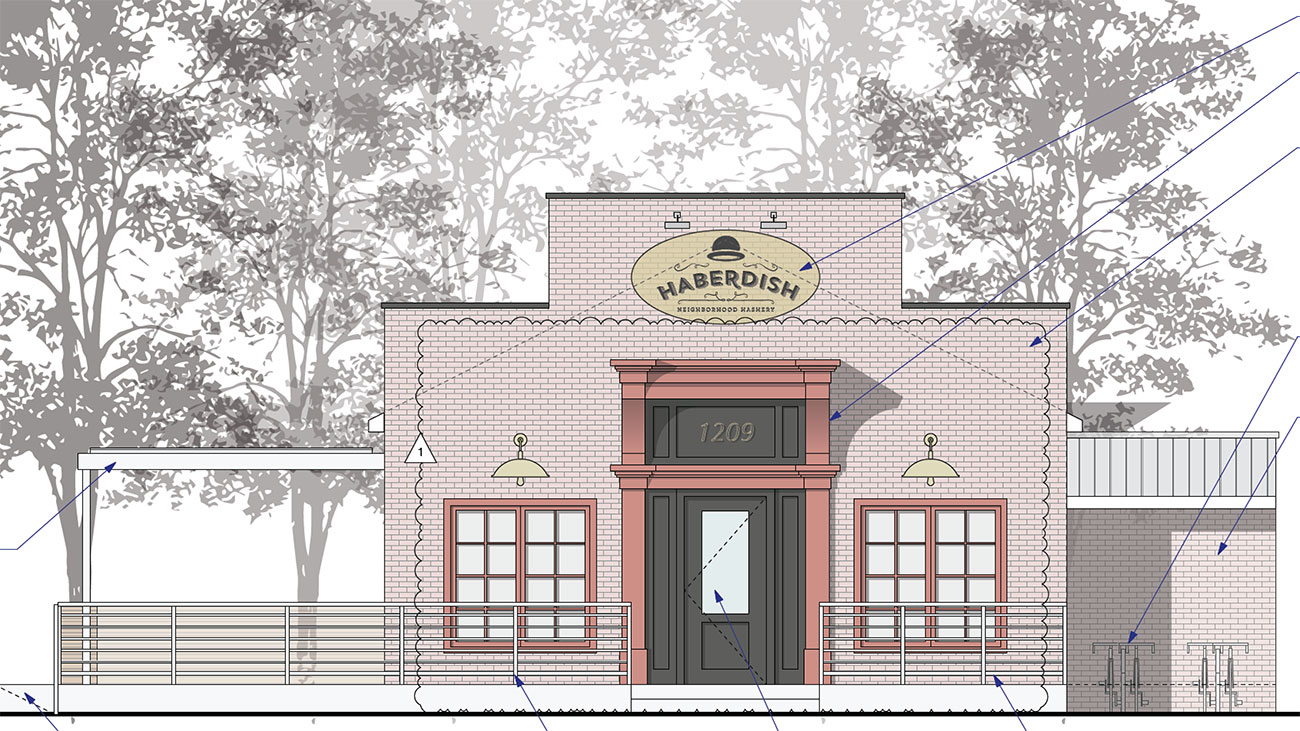 Haberdish is coming soon and I can’t wait to see what it has in store.

Coming from Jeff Tonidandel, co-owner of Growlers Pourhouse and Crepe Cellar, Haberdish is located at 3106 North Davidson, right near the intersection of 34th and Davidson.

In a space that is currently a rundown-looking red warehouse, the initial renderings/elevations show major improvements to the façade.

The front is covered in a beautiful brick (two color choices for now it seems) and a giant barn door will run along the side opening up into the patio.

Speaking of the patio, it will be a near 1,000-square-foot pergola covered patio on the north side of the building. The restaurant itself will comprise 4,065 square feet and will include 26 spaces for bicycles. 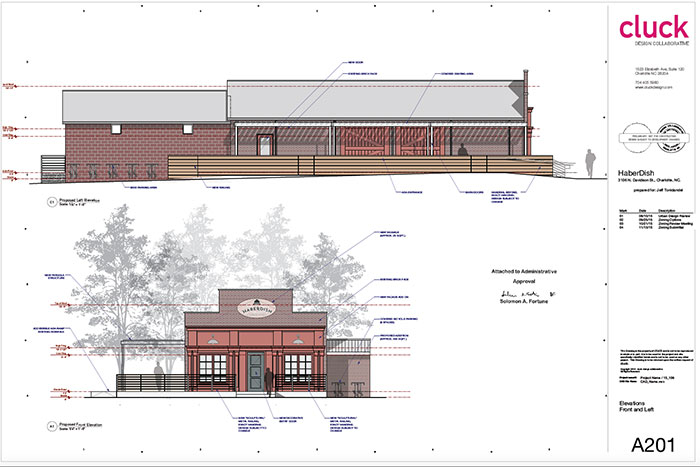 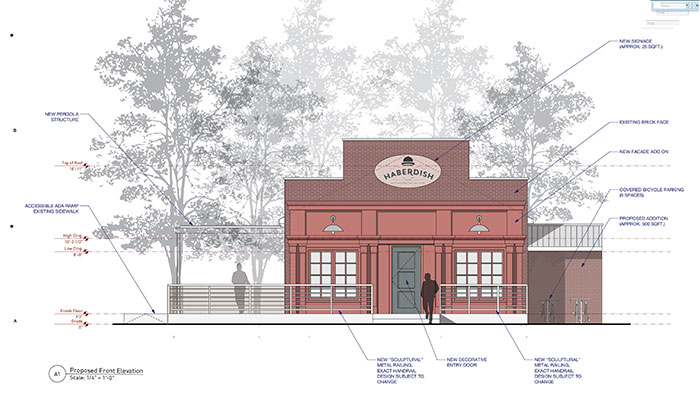 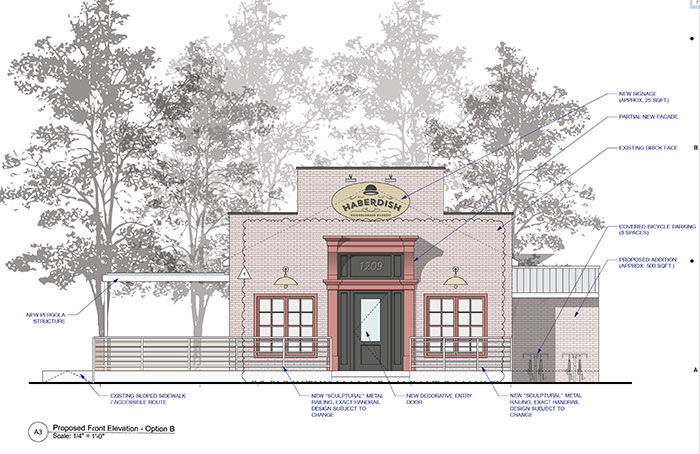 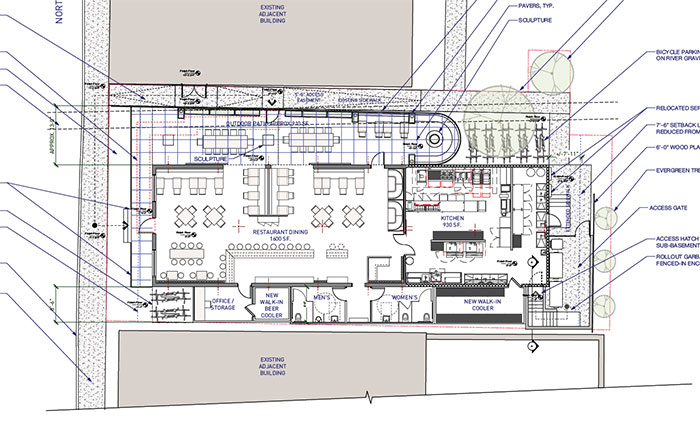 Not much is currently known about the cuisine other than it will have a heavy Southern influence.

Based on the design alone, I am hoping this will be a fantastic addition to NoDa. I am a big fan of Growlers and Crepe Cellar so I have faith this will carry the same quality. The patio will be incredible for the neighborhood and will help further NoDa’s options for eating and drinking.

Civil plans were just approved so hopefully building permits will be issued soon. Stay tuned for more information as permits are issued and menus are finalized. Bank of America makes a huge move for new parents. Will the rest of corporate Charlotte follow?