When does a business cross the line between anticipating a customer’s questions and being offensive?

I heard from an Agenda reader this week who felt like her treatment at the Bubble lounge at EpiCentre crossed the line. And as it turns out, it appears she may have been treated differently based on her name.

The story began when the reader inquired about VIP tables for a bachelorette party.

Her email was simple enough. 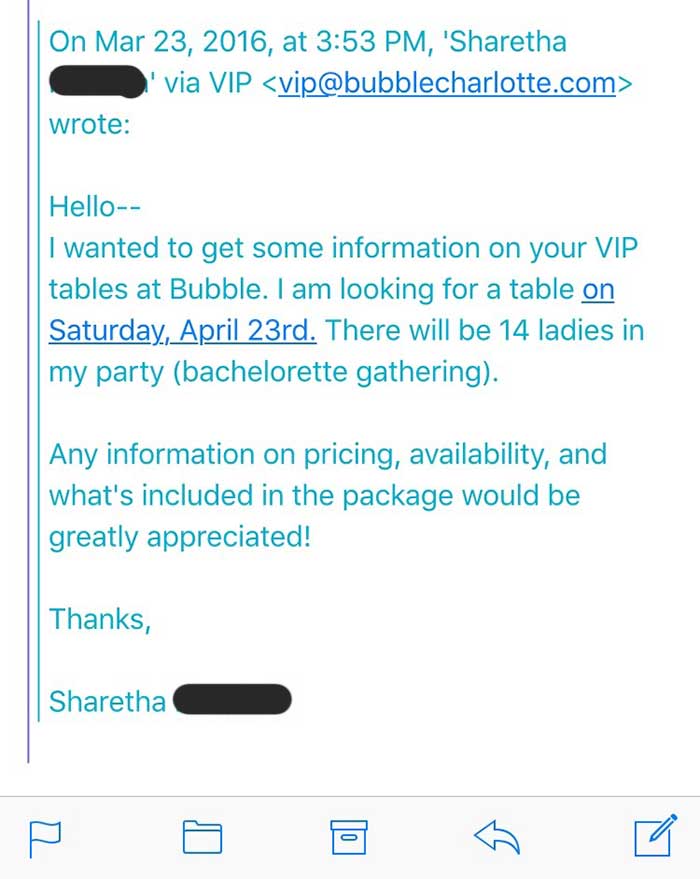 Was the response she received because she has what some would assume to be an African-American name?

It started out fine.

But this is the part that got to her. 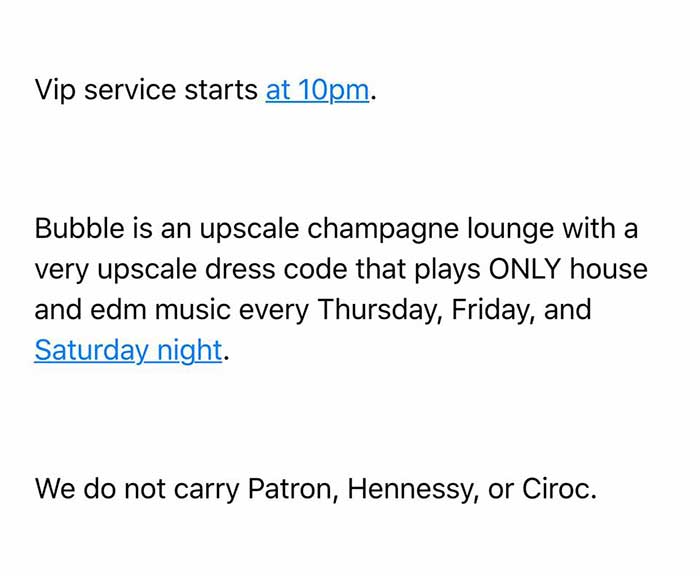 I touched base with the general manager of Bubble.

I made initial contact via email. But when I asked about whether this is a typical response, I did not receive any comment.

I also looked through some other responses to VIP inquiries.

A number of people have posted email threads on Facebook about what response they got to VIP inquiries at Bubble. Information about the gratuity and dress code were fairly common. Some pointed out the type of music the club plays. But People with names like Melissa or David did not receive specific information about exclusions on type of liquor.

Sharetha said she just felt like she was profiled based on her name.

This plays into a larger conversation black people in Charlotte have about nightlife.

Dress codes sometimes feel designed to exclude African Americans. I’ve heard other stories about people being excluded for nebulous reasons like the club being too crowded.

[Agenda story: What’s wrong with how I dress?]

So it’s understandable why it’s hard to give the benefit of the doubt. 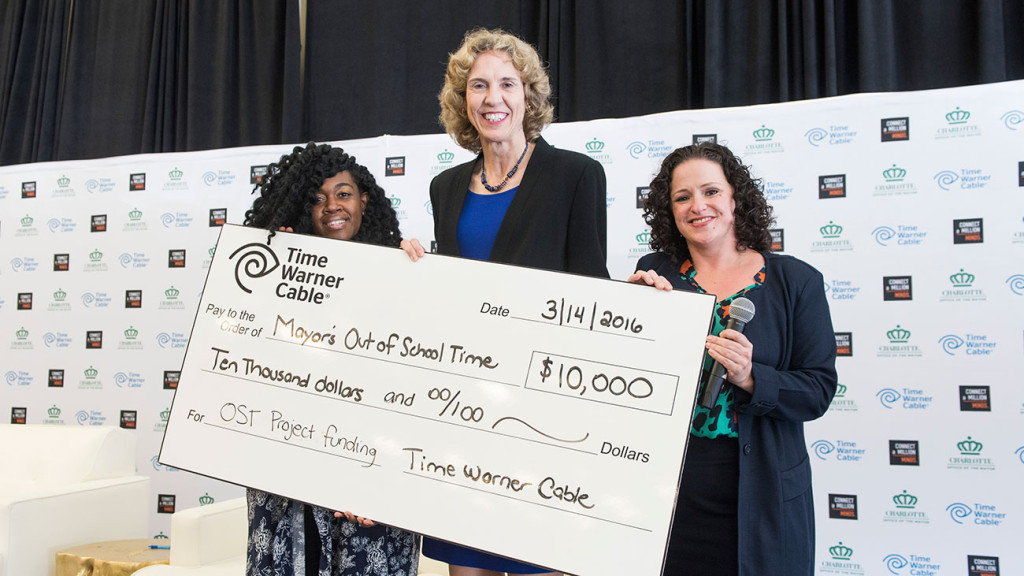