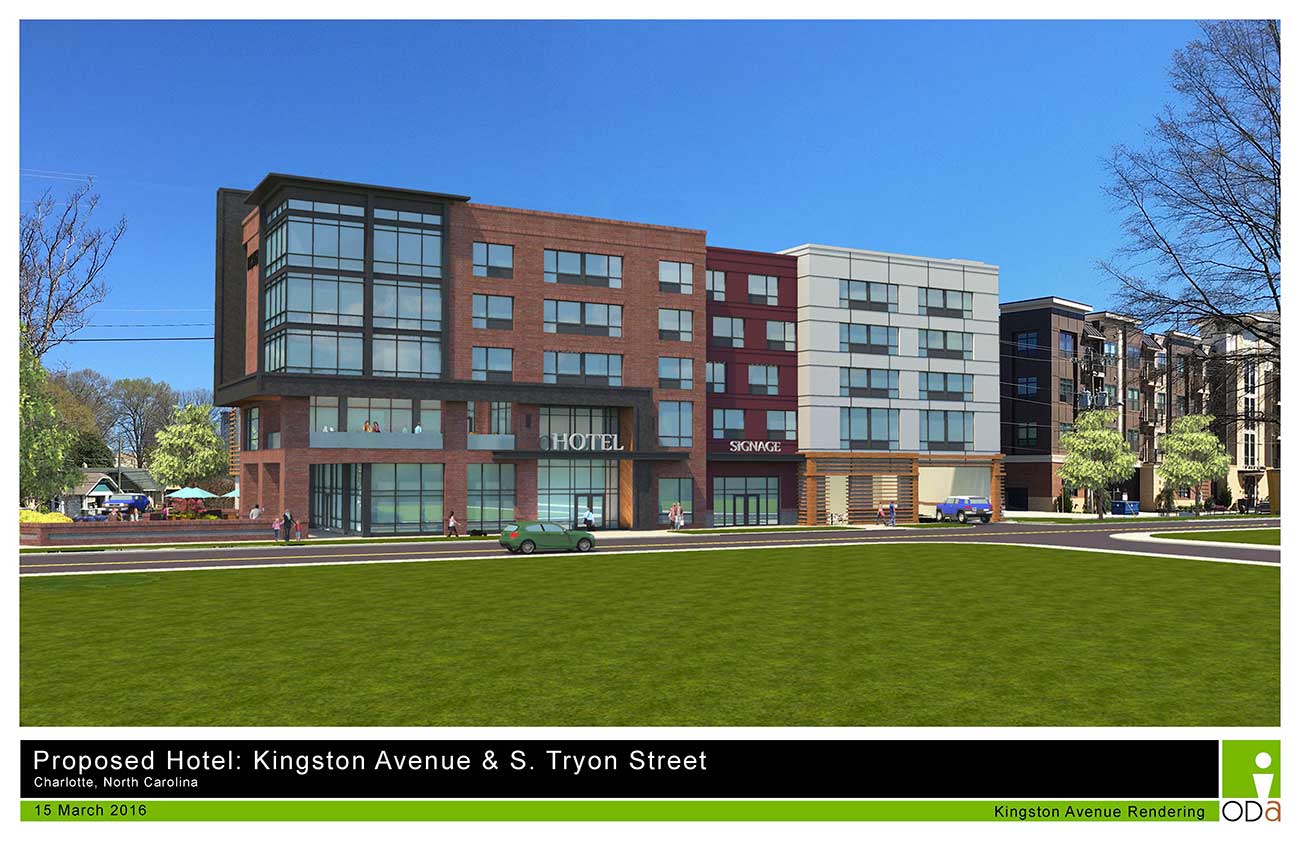 In a stunning show of listening to the community, the developers behind the hotel project at Kingston Avenue and South Tryon Street are changing their plans to respond to a request from the community.

The original plans for the hotel did not include retail. Retail is not needed on every project. Retail won’t work everywhere. The thought here was that hotel guests should go out into the community and experience the existing retail that South End has to offer. 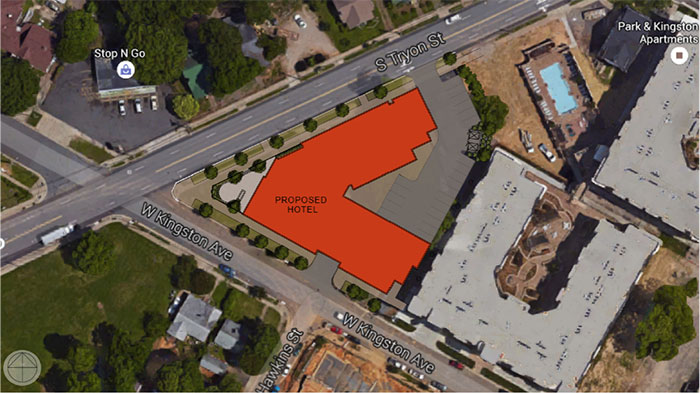 I understood this. But given its proximity to Camden Road, I certainly also saw a potential for retail. Tryon will always be a high-traffic street and won’t be pedestrian friendly. Kingston, however, is an avenue into South End from Wilmore and the surrounding community. Kingston is also a stone’s throw away from the main pedestrian corridor in South End — Camden Road.

The community did, too. Retail was the most common request in the hundreds of South End residents who came to an Agenda-hosted forum on the project or read our coverage.

Well, the developers listened and have added approximately 4,000 square feet of retail, the majority of it being on Kingston. I applaud the developers for this and think they earned some brownie points in the community. I think the retail will compliment the hotel nicely as well as compliment the area (this given they find great tenants). 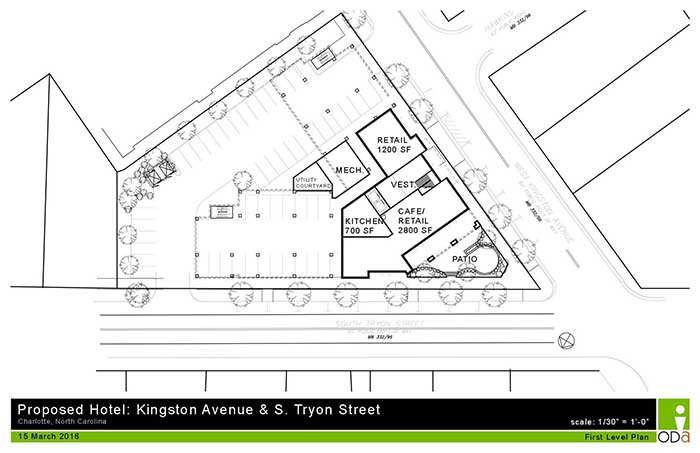 The other bone to pick the community had was that it still looked like an apartment complex. Not horrendous, but it didn’t stand out.

The developers also listened here and spoke with the architects on making changes. The new retail frontage looks great and the corner of Tryon and Kingston now has unique features, inviting ground level components and architectural elements to break up sight lines — all things a well designed building should have. 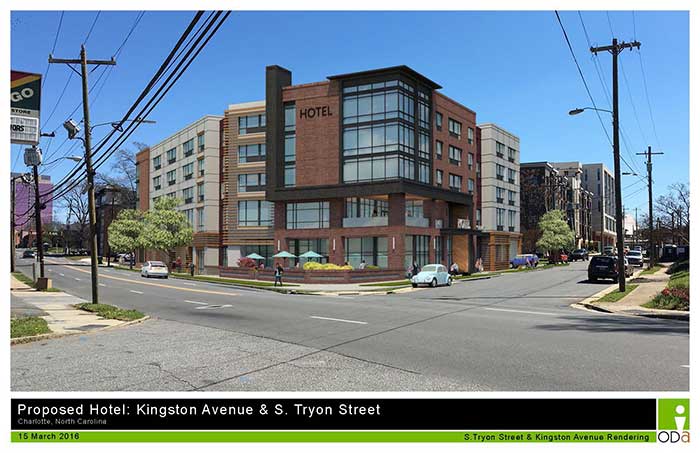 Personally I think the Tryon side still needs some work, but I was assured the design is still a work in progress.

This 120-room hotel will be a first of its kind in South End, and that alone makes it a viable and important project in the area. The developer also truly seems to want to deliver a project that not only is designed to make money, but also integrate into and serve the community.

The next step is the rezoning approval, which they hope will happen in May. Once those are (hopefully) approved, it will be off to the races with the final stages of design and then construction. Stay tuned for more as the developers are continuously listening and improving. 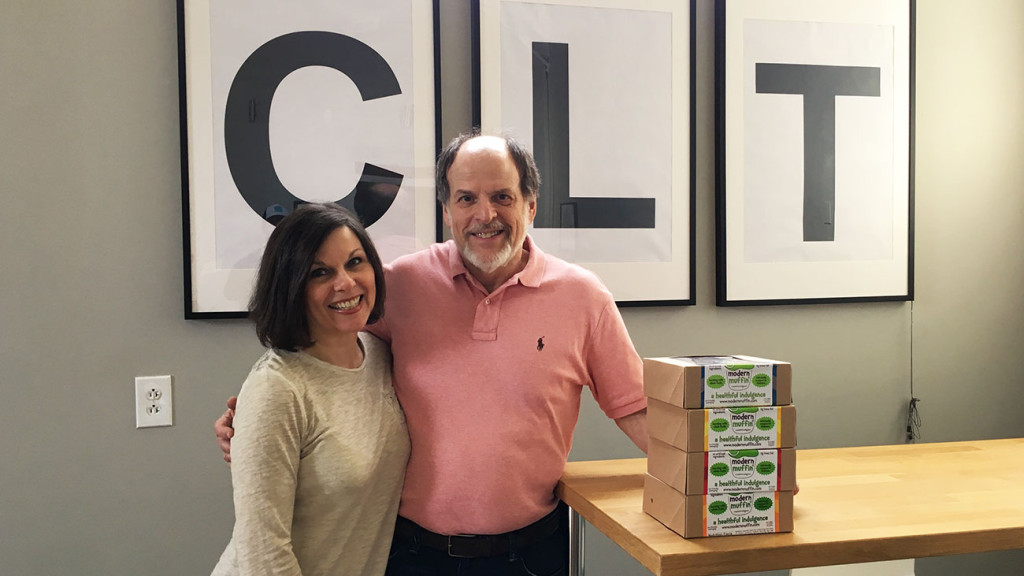