It’s N.C. Beer Month — here’s what to order at all the participating breweries 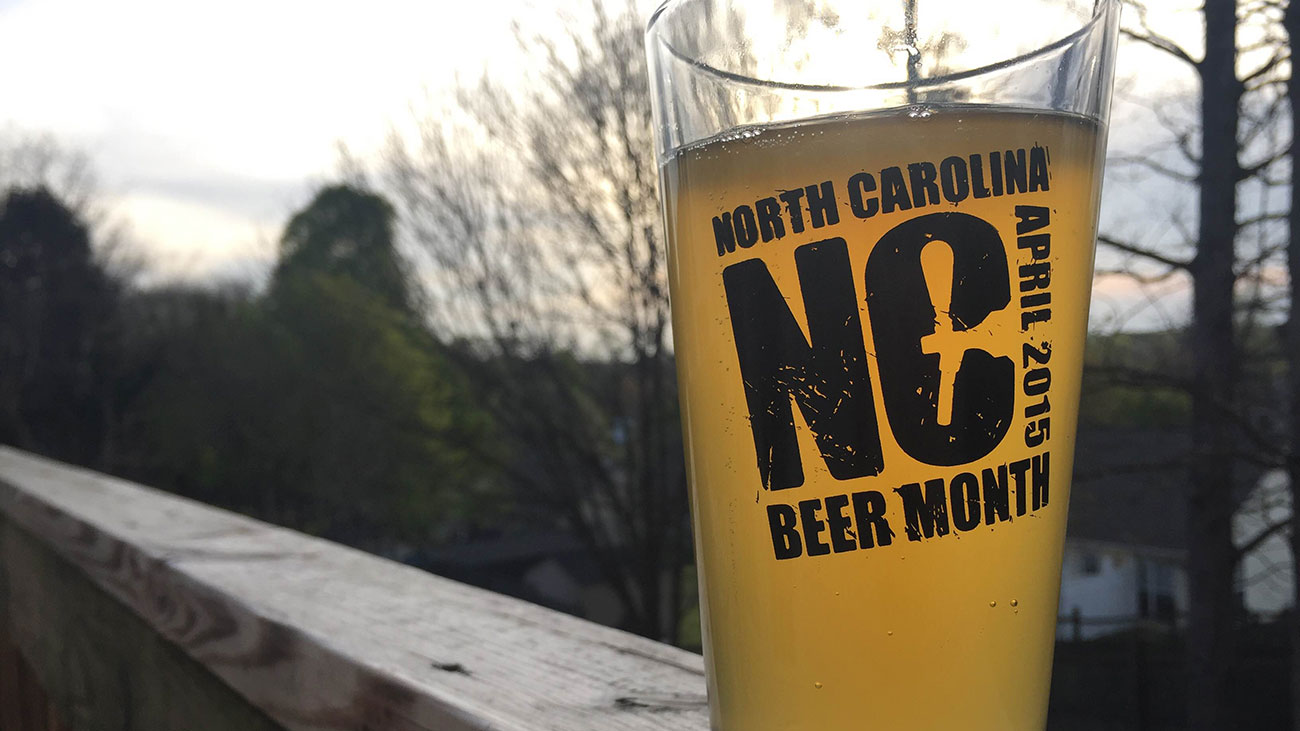 It’s safe to say that Charlotte is proud of its craft beer scene. In fact, I feel public pressure to only order craft when available (although my Uber tab would prefer I stick to water, aka Coors Light).

Not that I’m complaining. The laid-back brewery scene is far superior in my opinion to crowded Uptown bars, and the concoctions developed by homebrewers turned small business owners bring a sense of adventure to every happy hour.

To celebrate the spirit of innovation and ingenuity encompassed by craft brewers, North Carolina is celebrating the fourth annual N.C. Beer Month throughout April. That’s right, an entire month devoted to the dozens of breweries that make our state awesome.

Serious craft enthusiasts can pick up a Pint Hound Passport at any participating brewery and earn N.C. Beer Month swag after visiting five, 15 and 30 breweries.

To help you complete a passport and earn a sweet t-shirt, we’ve compiled all the Charlotte breweries participating in N.C. Beer Month, and included a recommended brew for when you get there. Cheers! 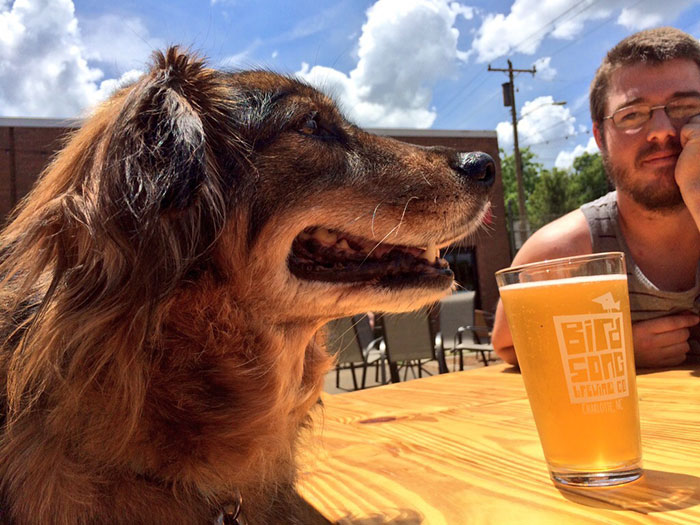 I felt so adventurous the first time I ordered a Birdsong Jalapeño Pale Ale. Turns out, it’s a lot easier to drink than I thought, and damn delicious. You can get this brew at a lot of places around the city, but nothing beats a Saturday on the patio in their new(ish) location. I feel like the bartenders at Birdsong are some of the friendliest in the game. No matter how busy, they always have time to help you find the right beer. 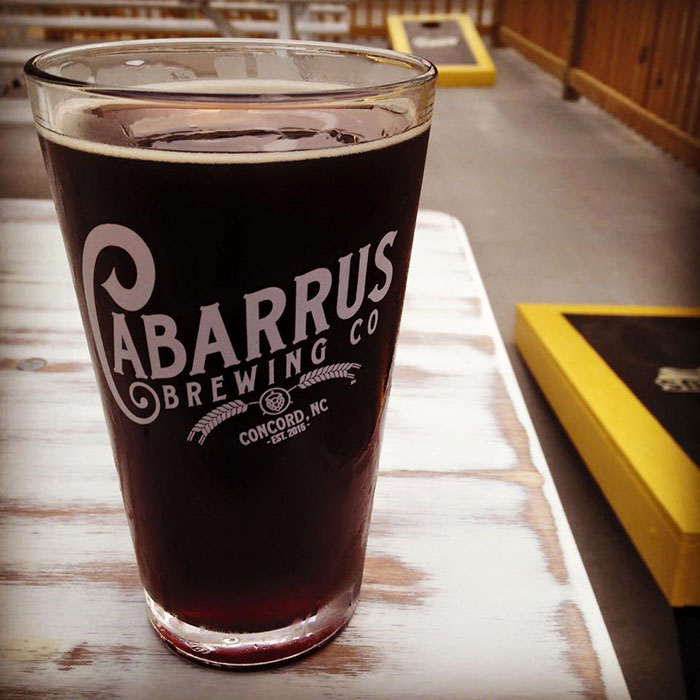 Cabarrus Brewing Company had their grand opening on March 18, so I’m guessing things have been pretty crazy for them. I wasn’t able to get in touch with anyone for a recommendation or drive out myself (although I’m planning to for the passport), but the Mule River Stout sounds amazing. Roasted caramel and chocolate malts in a full bodied, oatmeal stout? Sign me up. 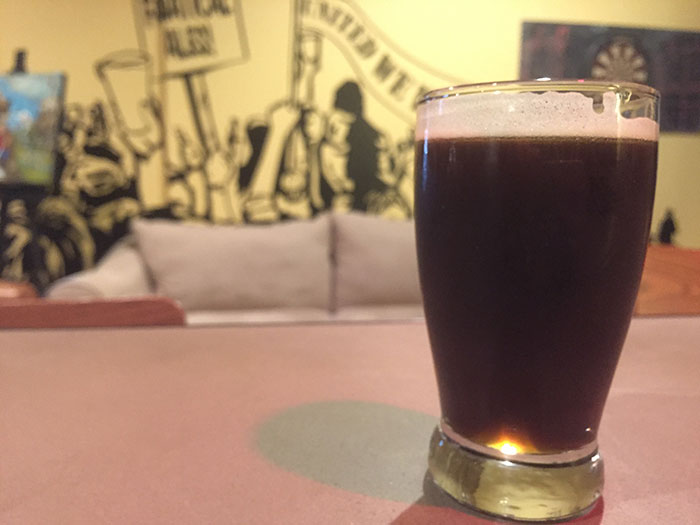 Buried in a corporate park in Cornelius, if a food truck hadn’t been parked out front, I may have missed D9. Once inside, I was really impressed with what they’ve done to the space. Murals, natural wood and patio fire pit give the Uptown breweries a run for their money. I tried a Battle Hymn Black IPA and as a year-round essential, you should too. 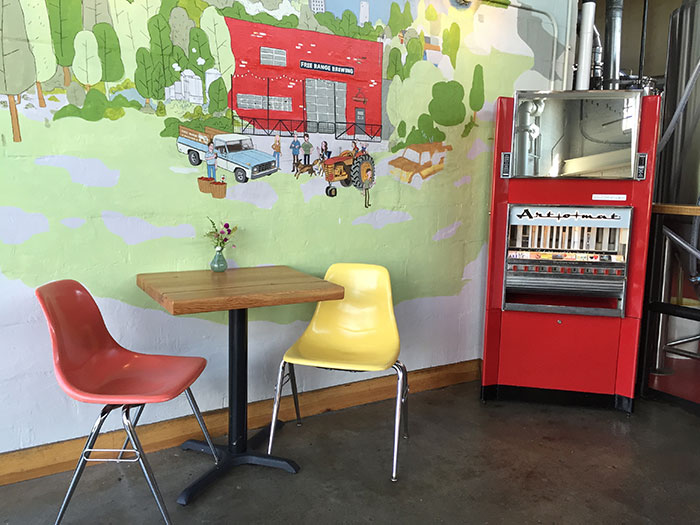 I love the light, airy feel of the Free Range taproom. It feels warm and decidedly homey for a place that isn’t actually a home. Free Range focuses on small batches so it was hard to get co-founder Jason Alexandar to commit to one N.C. Beer Month recommendation. He finally settled on Cream of the Crop – a beer he refers to as “easy drinking, no thinking.” 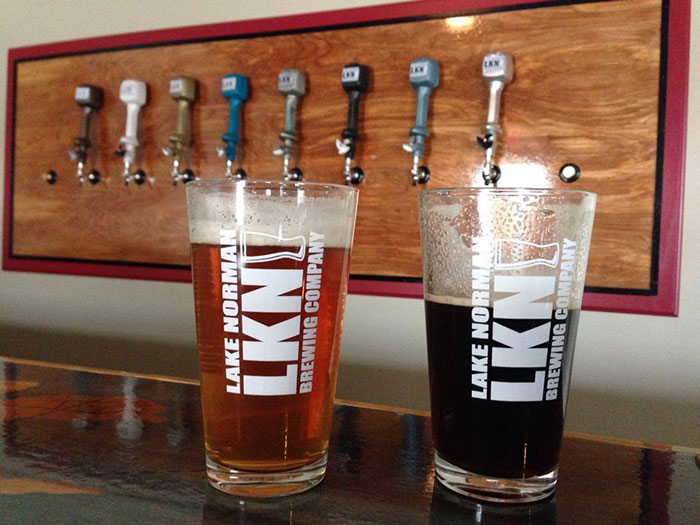 Robert Whittaker at Lake Norman Brewing Co. is a nice guy who’s quick with a quip. He recommended a Raspberry Wheat for a spring refresher in April. I’m all about fruit-infused concoctions and can’t wait to check out their taproom try one out. 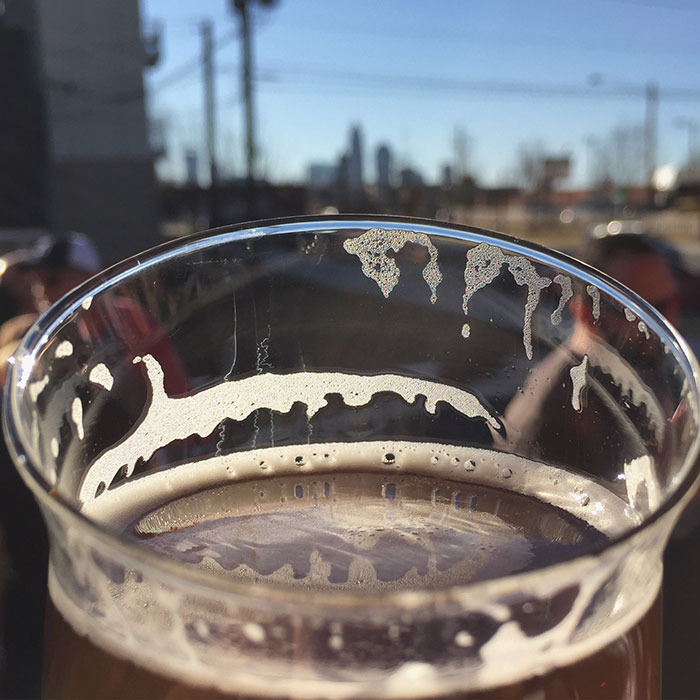 As Plaza Midwood’s only brewery, Legion Brewing is a must-hit during N.C. Beer Month. If you’re lucky, you’ll get a spot at the patio window with a ‘gram-worthy view of the QC. After chatting with owner and neighborhood advocate Philip Buchy, I had to try their best-selling Juicy J IPA. It lives up to the hop hype. 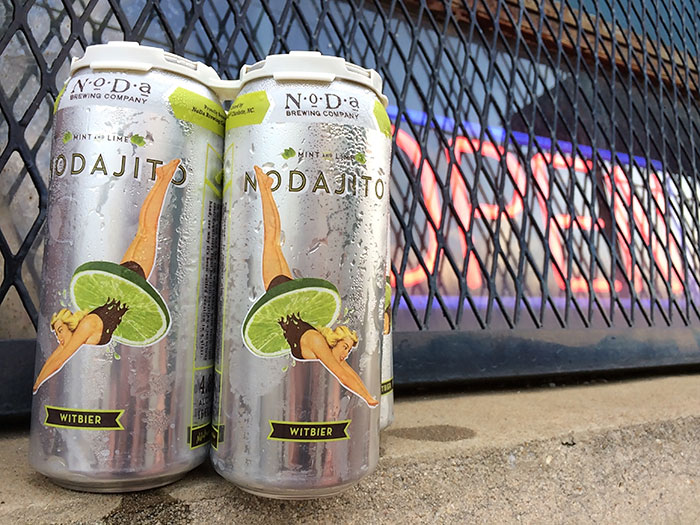 Did you know NoDa Brewing is Zagat rated? Fancy. They also have two locations for your drinking pleasure. It’s hard for me to write any sort of recommendation and not include Nodajito, but I can’t guarantee it will be there for you in April. Just know in my heart I want you to try a Nodajito, but with my head I’m saying sip on a Hop, Drop ‘n Roll. It’s a World Beer Cup Gold Award-winning IPA and pretty darn refreshing. 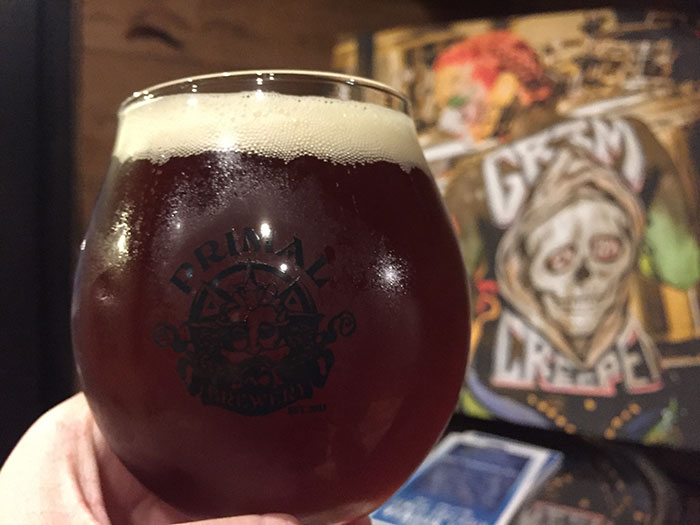 I hit up Primal Brewing on a Saturday night and was surprised to find a hopping nightlife spot in sleepy downtown Huntersville. The inside feels a little like a suburban winery, but the patio is brewery all the way – picnic tables, live music and giant Jenga under string lights. I tried a Grim Creeper Imperial IPA and found no reason not to tell you to try one too. 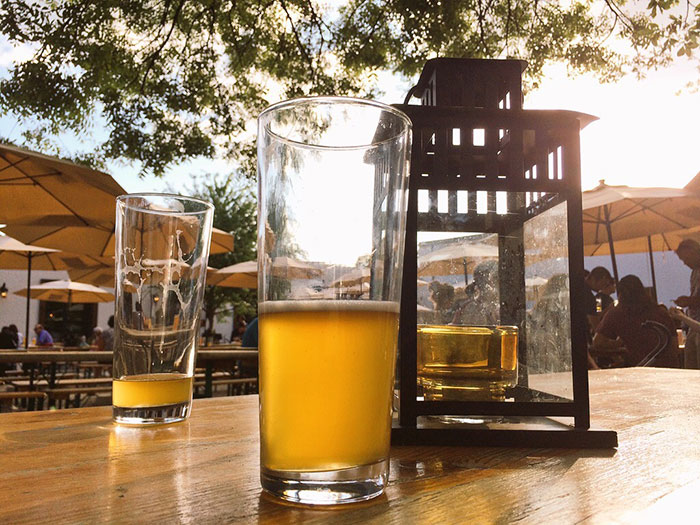 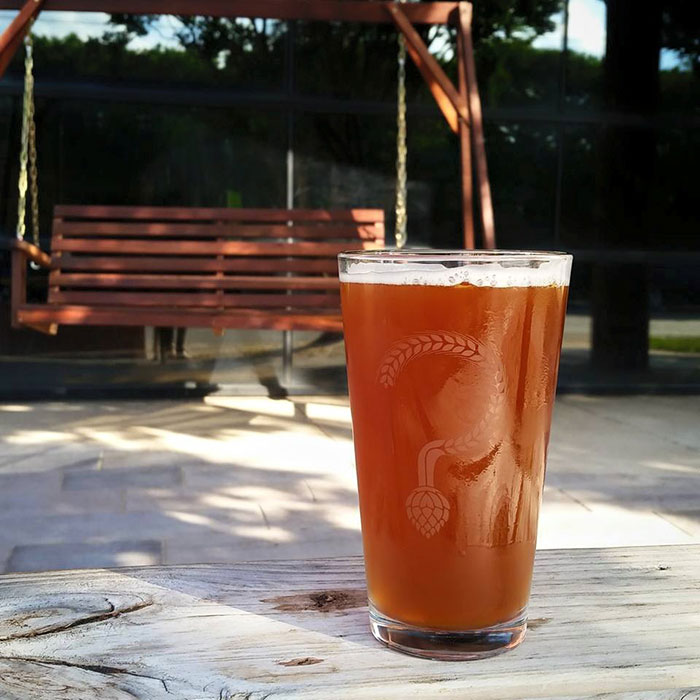 I love that Unknown Brewing has enough space to hold a beer-loving crowd. There’s plenty of sitting/standing room and a porch swing. I LOVE porch swinging on a spring night while sipping on a Ginger Wheat. Stamp your passport and get after that citrus mouth-feel (a phrase from the Unknown site that is my new favorite descriptor). I haven’t made it down to Three Spirits yet, but it’s at the top of my list. With “A Christimas Carol” theme – complete with Scrooge-approved curmudgeon’s corners – it’s a small slice of the English pub scene here at home. Founder Tabu Terrell recommends trying Southern Bliss, a southern blond infused with apricot for warm weekends. Sounds good to me. 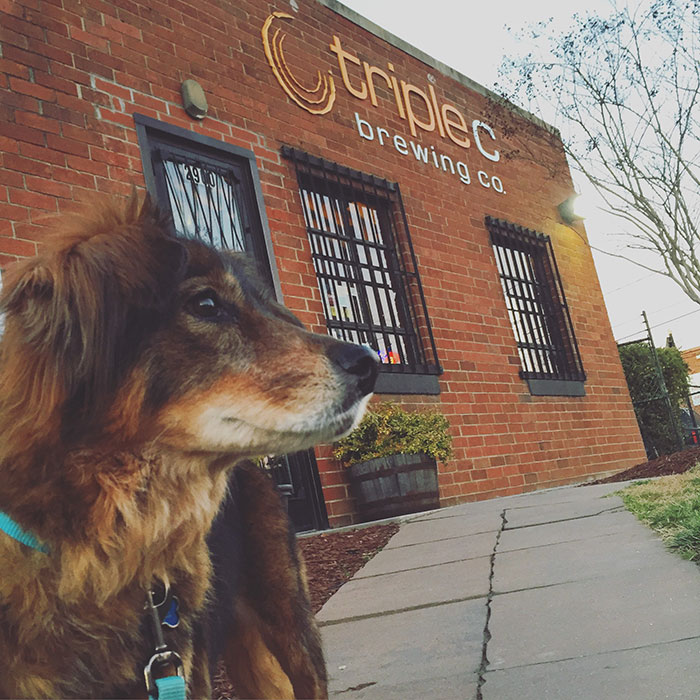 When grabbing a beer after work, 8 out of 10 times I’m going to be at Triple C. I love owning the foosball table and making people nearby uncomfortable with my competitive trash talk. Trip C’s Cajun Stout has been my go-to brew in 2016. I’ve been easing my way into darker beers and I love the lingering heat this stout leaves on those still chilly days. 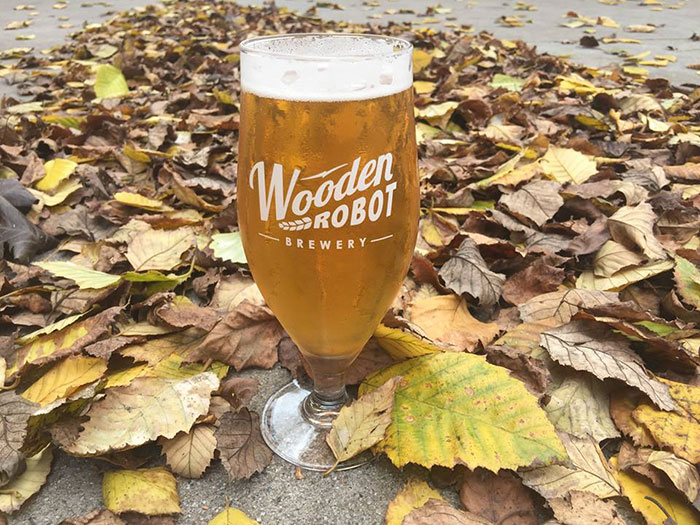 I love Wooden Robot for their patio and Twisted Eats food truck with a menu created to perfectly pair with your craft brew. Co-founder Josh Patton recommends trying a Good Morning Vietnam chockfull of fresh roasted Madagascar vanilla beans — and so do I. 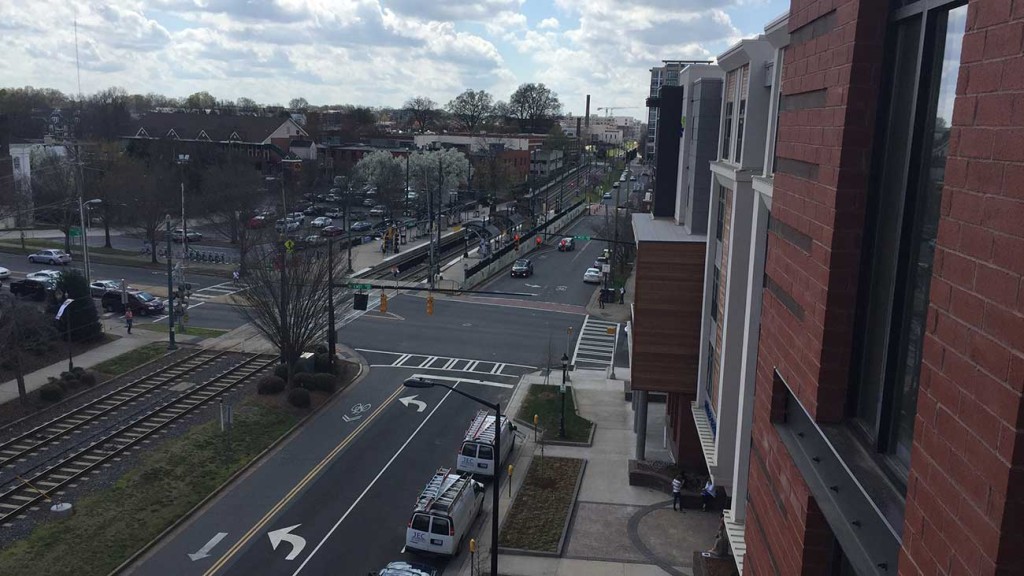