The beginner’s guide to the Charlotte Independence 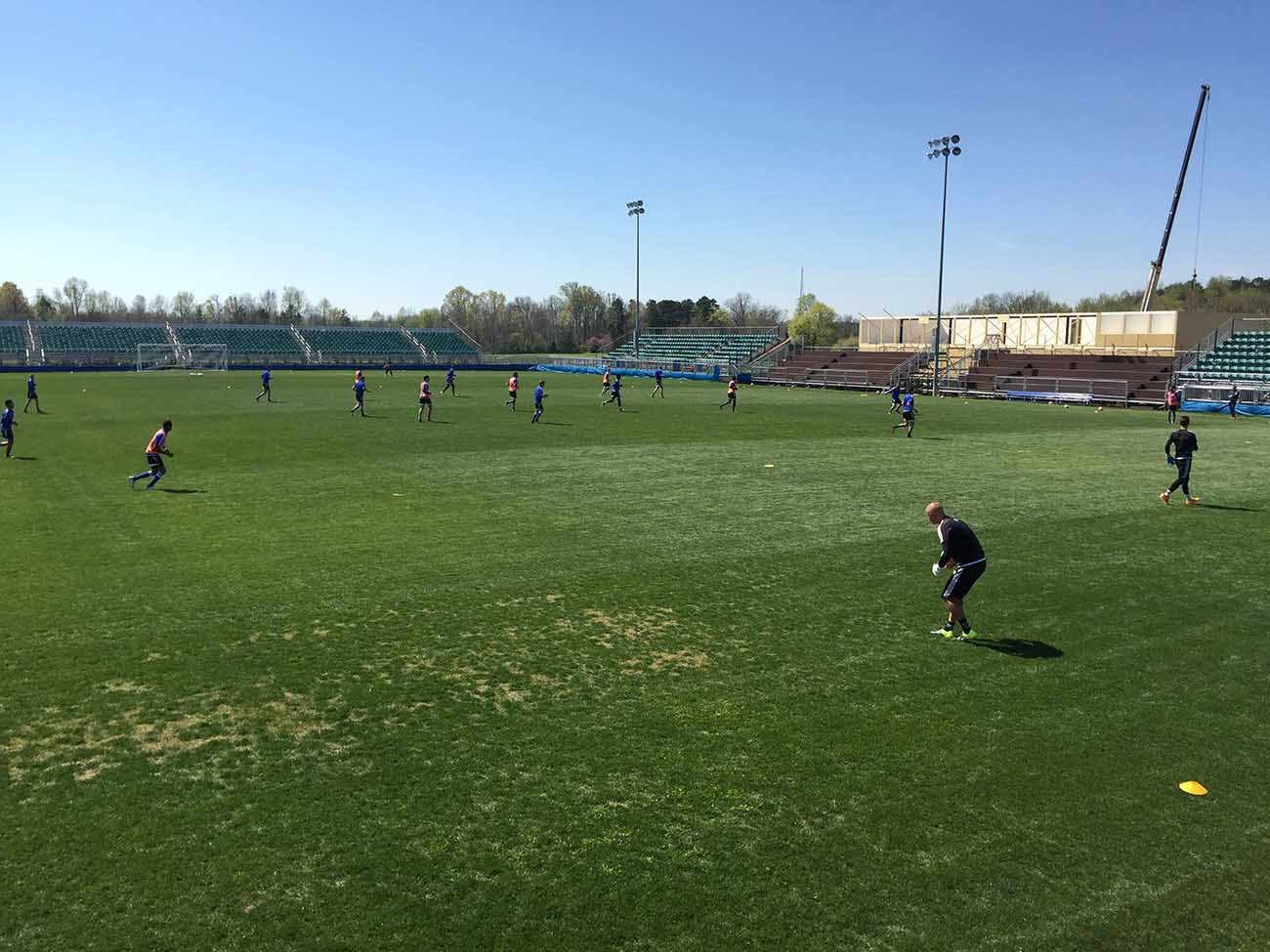 What is Charlotte Independence and why should I care?

Charlotte’s very own expansion team under the United Soccer League – they took over the Charlotte Eagles franchise last year – and is owned and operated by Queen City Soccer Club. 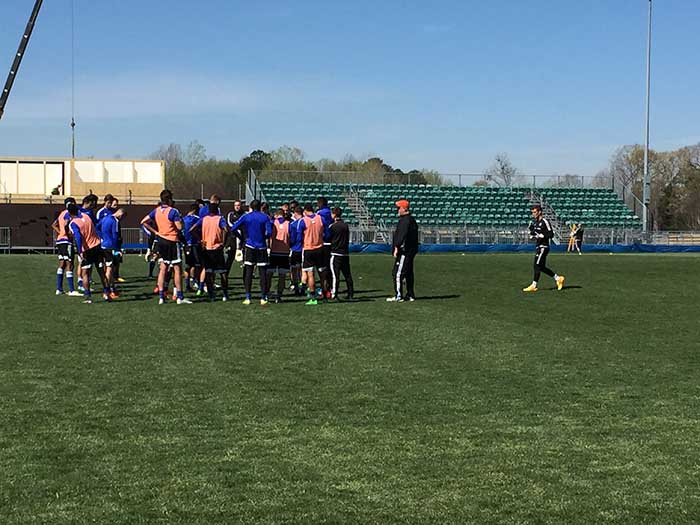 The team’s name was chosen after discussions with some of the most passionate soccer fans in the city and Queen City Outlaws (the Charlotte chapter of the American Outlaws) about the city’s history and honorable legacy that comes with it.

If you don’t know it, a brief history lesson: Charlotte created the first document – ever – to ask for complete independence in the 1770s (the Mecklenburg Declaration of Independence). Captain James Jack risked his life to take the documents to Philadelphia for the bettering of his city. And that’s the spirit that the Independence want to keep alive.

But the team is also part of a bigger movement to make Charlotte a better place to live. The Queen City Soccer Club wants to increase the quantity of community events, along with the quality of them, and the Independence is a big part of that.

Are they any good?

They finished last season with a 10(W)-8(T)-10(L) record with 40 points total, which put them in 7th place in the Eastern Conference. So yes, they are good. 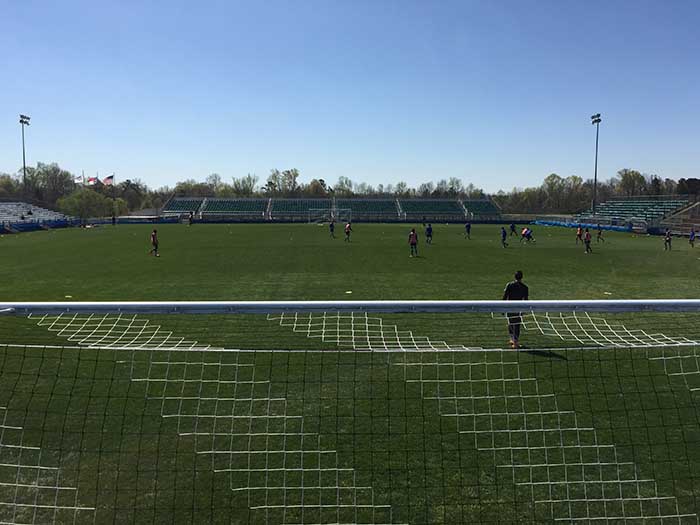 Do they have fans?

On top of normal game-goers, Independence has two fiercely passionate fan bases: Jack’s Militia, who sings and chants during games, and the QC Royals, who can be spotted in their teal and purple at every game – home or away.

When do they play and how do I get tickets?

The Independence’s season begins this Saturday (March 25) at home against Louisville. You can see a full schedule here. Tickets are sold exclusively on Ticketmaster and at the box office on game days if there are any left over. They run anywhere from $10-$30 and you can pay for them with cash or card.

Where do they play, how do I get there and what’s the deal with parking?

They play on a natural grass field at Ramblewood Soccer Complex (10200 Nations Ford Road). This is about a 25 minute drive from Uptown.

The stadium itself is located on Field 1 and has a capacity of 4,700 fans. Parking is tricky; there is a small parking lot with a limited number of spots that go for $10 per car, so it’s recommended that you carpool. Full-season parking passes are available for season ticket holders for $75. If you don’t want to deal with parking, grab the Blue Line to the Sharon Road West station where a shuttle will carry you to the field.

Beer from Olde Mecklenburg Brewery, NoDa Brewing and Birdsong Brewing will all be sold during the games and food is available from food trucks that rotate on a monthly basis. Pro tip: bring cash, since most vendors won’t take credit. 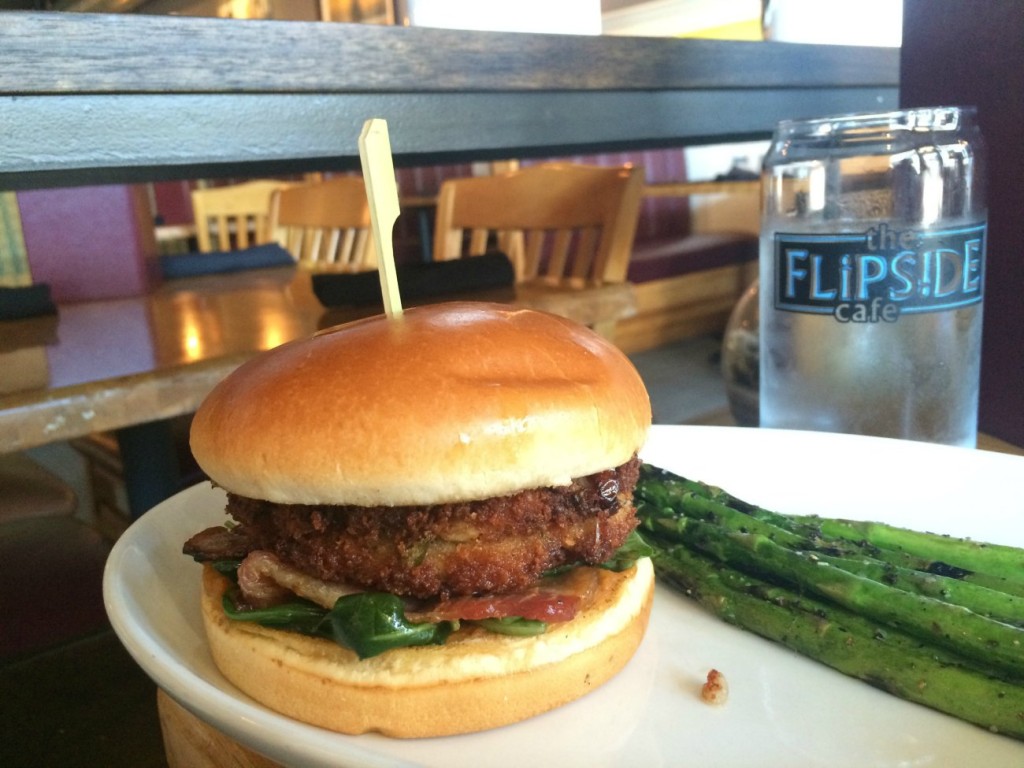 will drive for food

Flipside Restaurant in Rock Hill is worth the drive