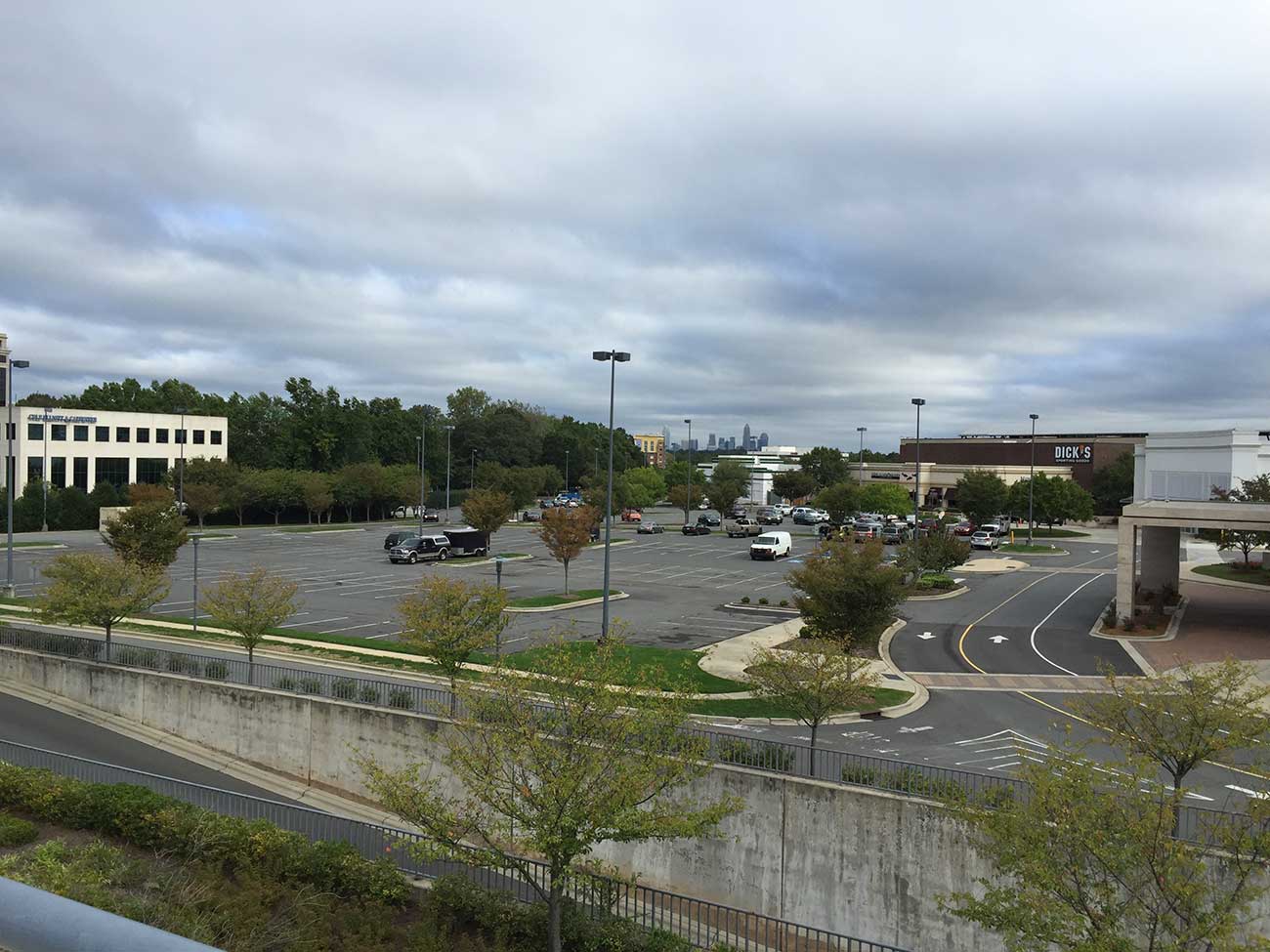 If you live or work in SouthPark, you could probably rattle off some problems it has.

1) No strong identity beyond office buildings and cars.
2) Too many big parking lots around buildings.
3) Traffic nightmare because you have to use the main roads to get around.
4) The developments (i.e. mall + Piedmont Row + Phillips Place) aren’t connected.
5) A lot more people work here than live here.
6) No real public space.
7) The city has taken SouthPark for granted and not invested in infrastructure.

Well, it took all of a week for some of the brightest minds in urban planning to figure all those things out for themselves. And they came up with a handful of ideas to solve them.

The ideas come from a panel convened by the Urban Land Institute and paid for by the city of Charlotte and private businesses who call SouthPark home.

[Agenda story: Can Charlotte fix SouthPark’s problems in a week?]

The panel was made up of planning, design, landscaping and financial experts from around the country. New York City heavily represented. And their take was frankly very refreshing. I’m used to “Charlotte polite,” the habit we have here in public life where nobody criticizes anything and we all pretend things are wonderful. That didn’t happen at City Hall on Friday.

And that perspective helped them come up with some real recommendations for the SouthPark area. Here were some of the best.

This would be a promenade loop full of green spaces and trails ringing the mall and connecting a lot of the different developments. Lots of good signage showing how far you were from everything. And lots of pocket parks and other resting/sitting places along the way. They said this should not just be transportation but also a place to hang out.

Symphony Park would be a major destination point of this loop. 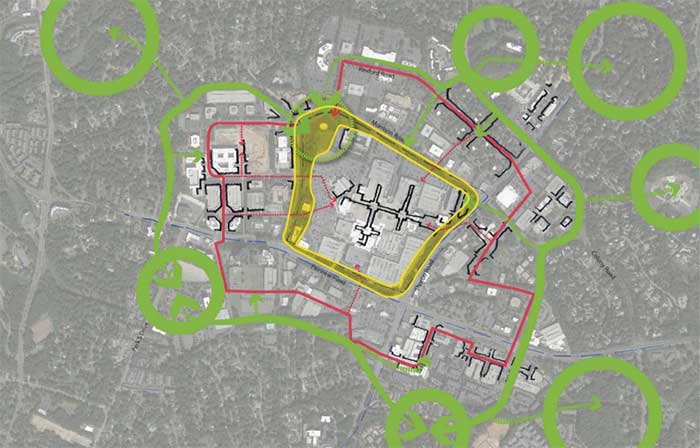 Speaking of, the panel was wild about this place. But they correctly noted that while this can be jam packed during things like Pops in the Park, it’s underutilized most of the time. 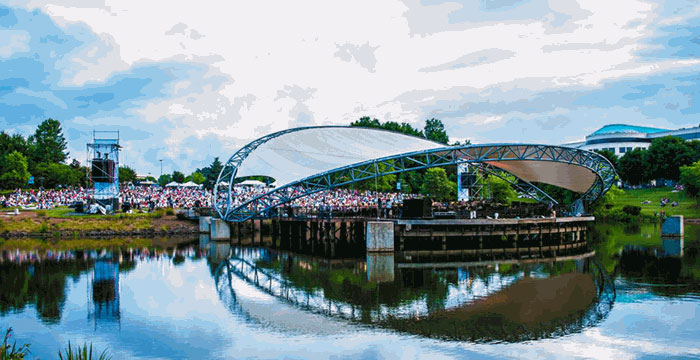 Charlotte is already making steps toward this, but with so many people working in SouthPark and driving between buildings in the area, creating a better internal street network would do a lot toward making Colony, Sharon and Fairview easier to get through.

The panel also harped on blocks that are 400 feet or shorter. This helps make the area feel more accessible for pedestrians. 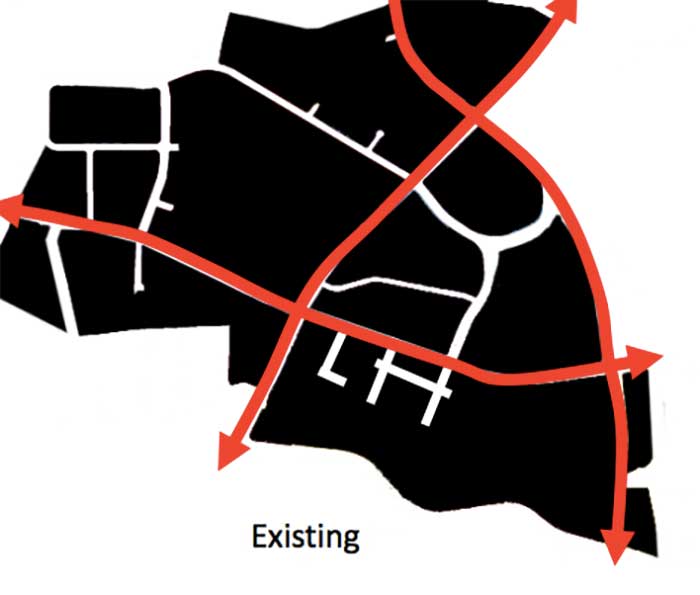 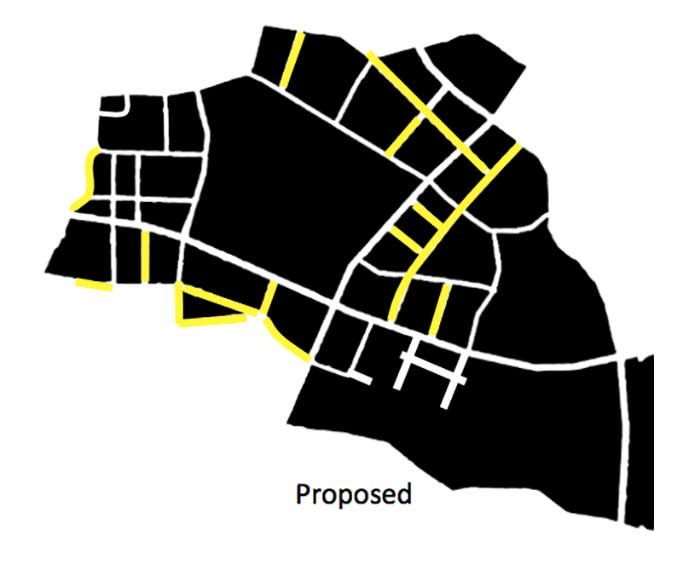 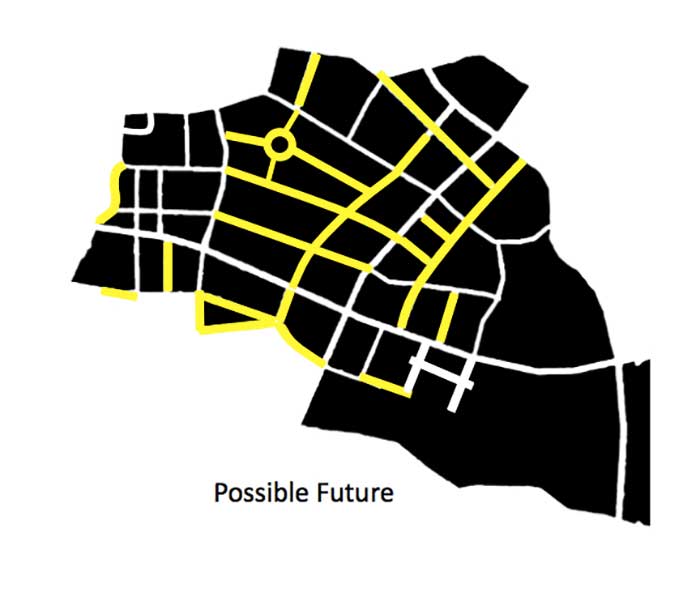 And at the same time, the panel encouraged making the streets something nicer to walk down. Lots of cafe seating. Interesting streetscape. 8- to 15-foot sidewalks. Each building should have a short path to the sidewalk. Something to look at.

Plus more bike lanes. One of the panelists made the observation that lots of people in Charlotte go on vacation to go biking but don’t feel like they can do it at home. 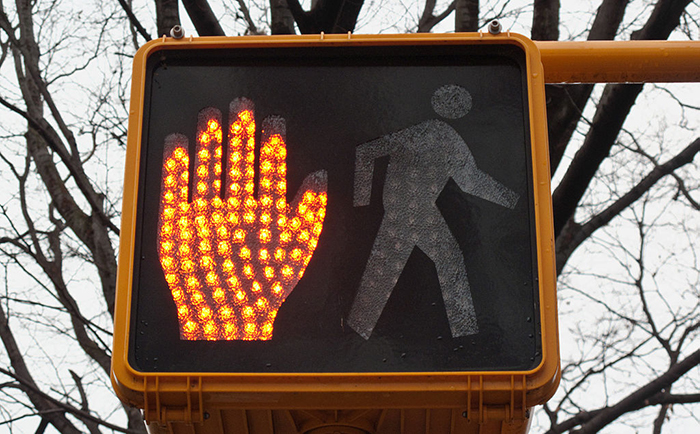 And here’s one specific way to work toward that. This is one of the main north-south roads, and it’s super intimidating to walk down. This could help change that and bring people walking down from the neighborhoods near there.

(6) Connect to the Cross Charlotte Trail

This is a huge endeavor underway that’s going to open up a lot more of Charlotte to non-car traffic. There should be a spur that brings people to SouthPark. 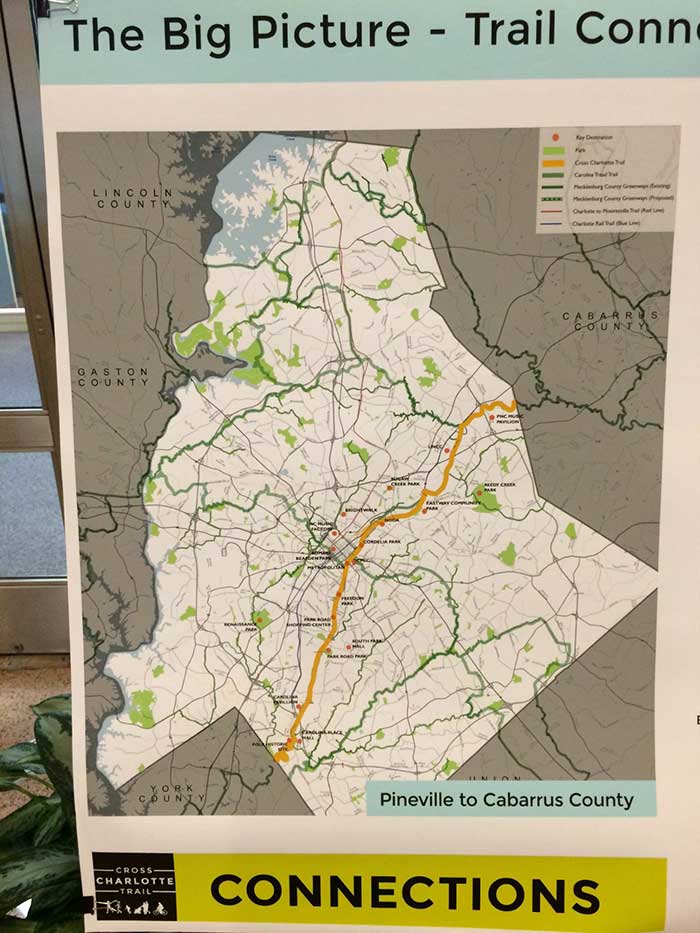 The panel noted that SouthPark hasn’t really spoken with one voice. There’s nobody to turn to who represents the area. No meeting of the minds.

Ballantyne has the breakfast club. Uptown has Center City Partners. Who’s going to step up for SouthPark? 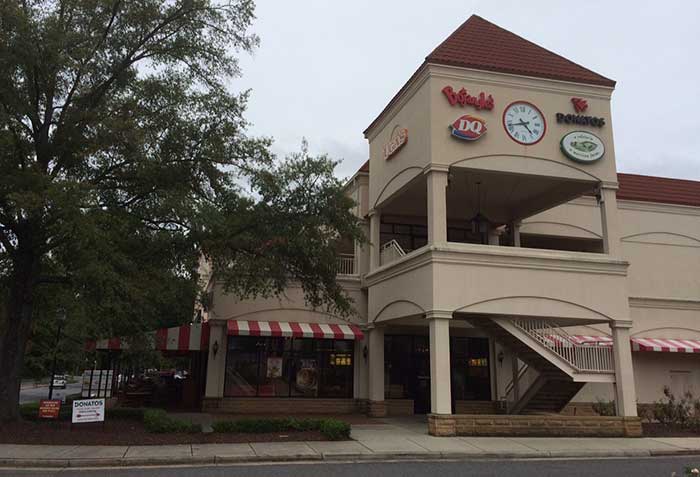 What are the chances any of this gets done?

This is always the big question with something like this. Sure, there was a lot of talk. Will there be action?

The Urban Land Institute folks gave a couple small steps toward making all these things happen. They recommended putting together a detailed plan, gathering more input from stakeholders, etc. I hate plans that end with the recommendation to put together a plan. 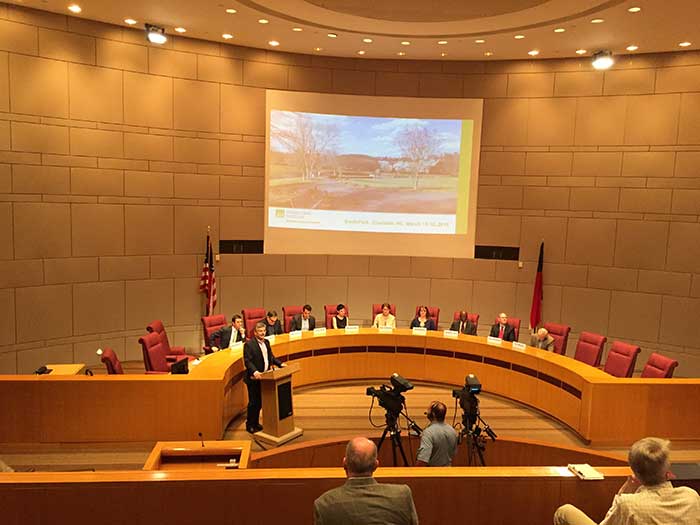 There’s also going to be considerable hurdles to moving forward. The city is already dealing with a $18 million budget shortfall and it’s finding extra money for SouthPark will be a tough sell.

But when I talked with Kenny Smith, a city councilman who represents SouthPark, he said he was optimistic.

“I think we have some low-hanging fruit that’s very doable,” he said. For example, the SouthPark advocacy group. I think Smith will be able to achieve this, and it will at least get people talking. The panel also validated what the city is already doing with the connector streets.

Mayor Jennifer Roberts also said she has directed CATS to look at a circulator shuttle, or something along those lines. She also seemed open to a linkage to the Cross Charlotte Trail.

“There are no quick easy fixes, and I think that was one of the big takeaways,” Smith said. “This may be a 10-12-15 year mix for some of these things. There’s nothing wrong with aspirational.” 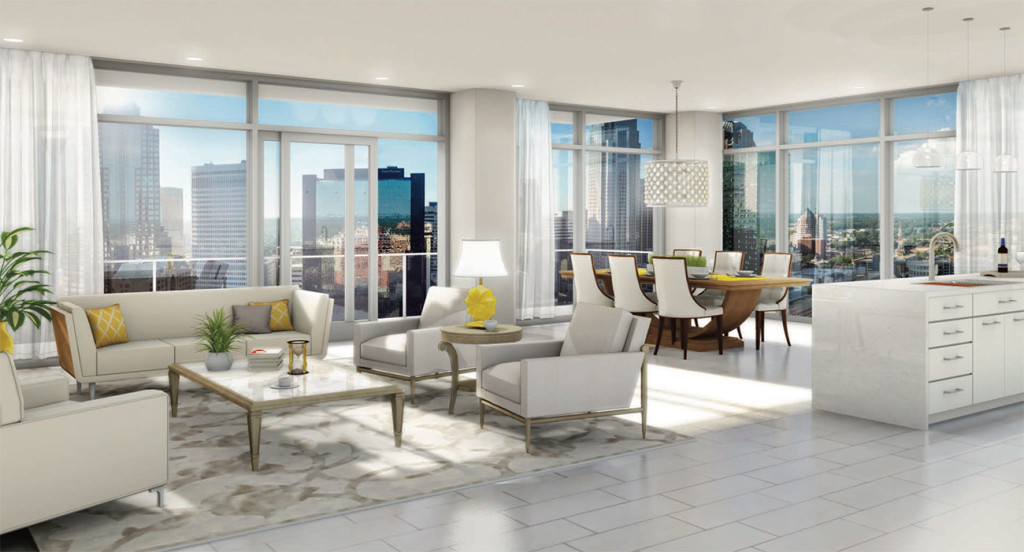 Why Uptown’s first condo project since the recession was doomed