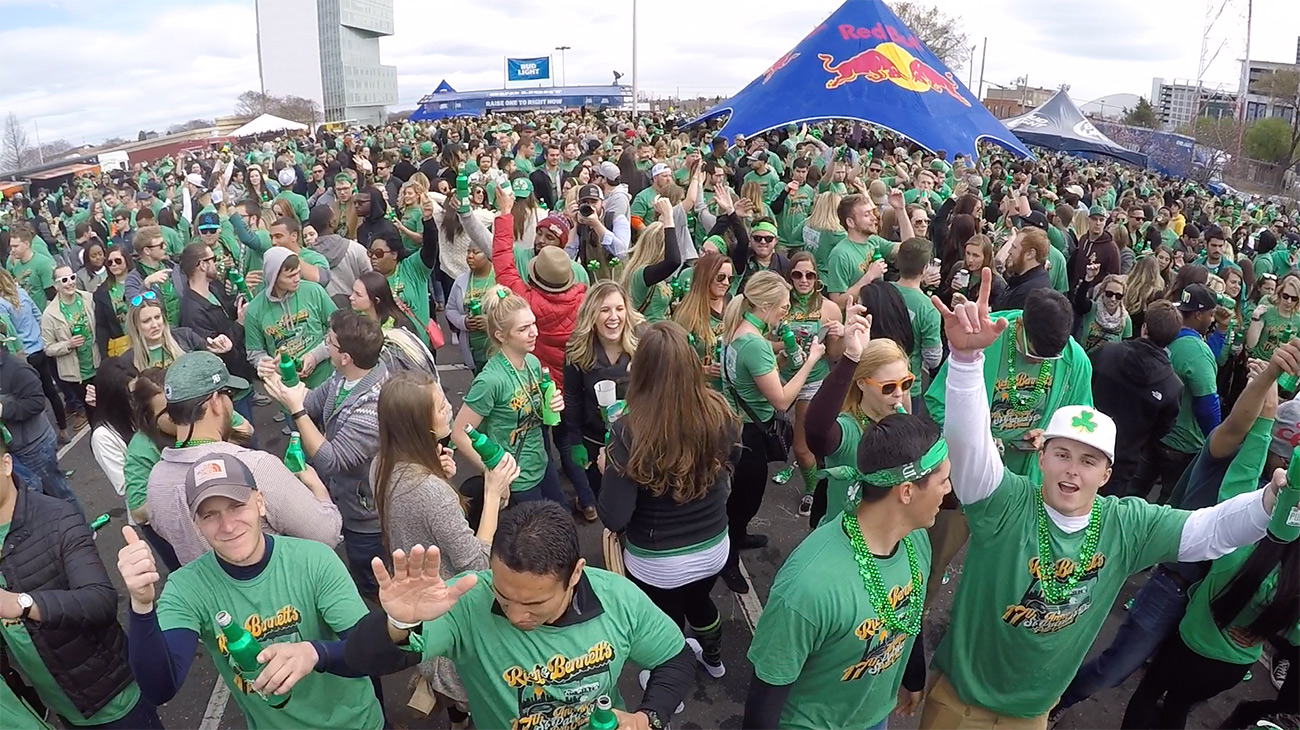 There are two ways people handle St. Patrick’s Day. There are the people who wear green socks to show their spirit and then go to bed at a reasonable time.

And then there are the people who day drink themselves into oblivion, ending the binge with a terrible Irish jig on a dance floor void of other dancers or even music.

If you’re anything like me, you go the second route and are overly excited for Rich and Bennett’s St. Patrick’s Day Pub Crawl. There’s nothing like watching thousands of green shirts scouring Uptown for the shortest bar lines, the cheapest Irish car bombs and, eventually, the greasiest pizza.

Details: Check in starts at noon and the pub crawl lasts until 10 p.m. Tickets range from $20-$35 and include a green pub crawl shirt. Over 38 Uptown bars are participating including Ink N Ivy, 5 Church, 204 North, Roxbury, Graham Street Pub, Flight, The Imperial, and The Daily.

Size: Expect about 27,000 crawlers. It’s self described as the “World’s Largest Pub Crawl”

To get you fully prepared for this sloppy bar crawl event, I’ve compiled a list of the eight people you’re sure to meet along the way:

This girl is easy to spot. She’s not wearing the normal Rich and Bennett T-shirt. No, she has transformed her T-shirt into a sexy cutout cami and has even gone so far as to take the extra fabric and fashion it into a cutesie headband.

Completing her look with dangly earrings and heels, this girl is ready to tear up the streets of Charlotte with her unnecessary sexiness.

This guy texted you “be there in 10!” three hours ago and you have long forgotten about him until he shows up the second you order a Lyft to take you to Wendy’s.

(3) The girl texting someone at a different bar who pouts until you go to that bar.

This girl isn’t dancing, drinking or making any effort to have fun. You’ll only be able to see the top of her head since she is feverishly texting her friend at the other “much cooler” bar. She can be heard saying, “This is lame,” “Where are all the cute guys?” and my personal favorite when standing in a crowded bar, “There’s no one here.”

I should also mention that this delight of a girl “forgot” to wear her green bar crawl T-shirt. But we all know that she purposely left it home because green is just SO not her color.

(4) The guy with the blank stare who has been drinking since 8 a.m. and is now on mental autopilot.

This guy was super fun several hours ago, but now he’s basically a walking corpse.

The whole group is now trying to trick him into drinking “cocktails” that are actually just water with lime and at this point you’re pretty sure his zombie eyes won’t get him past the bouncer at Roxbury. 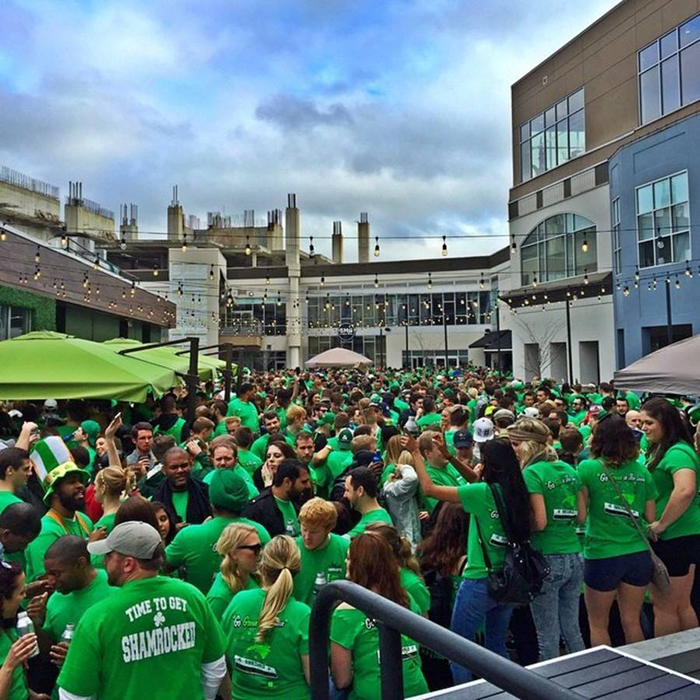 (5) The girl who is drinking vodka while the rest of her friends are drinking beer.

She’s already trying to start a wedding-esque dance circle when Cardi comes on, but everyone she’s with hasn’t even popped open beer number two. Sure, her friends will catch up to her, but who knows if she’ll be able to walk by then.

(6) The guy who somehow got roped into being the DD.

This guy deserves a medal. He is either the nicest person in the world or got hoodwinked into thinking he could have fun staying sober at the world’s largest pub crawl.

This guy has already had a full beer poured on him, had his toes smashed by the heels of the girl trying too hard and even had to act as mother hen to a stranger who needed a cab.

He can be found standing close to the dance floor, watching his friends flail about while he sips a Sprite and updates his LinkedIn page.

(7) The guy who wants to buy everyone in the world a shot today.

I love this guy. Unfortunately, this guy will not love himself when he logs onto his mobile banking app Sunday morning to find a $280 bar tab from Connolly’s less popular neighbor, Sip.

(8) And finally, the girl who becomes your best friend in the bathroom line.

No bathroom line experience is complete without consoling a crying stranger who’s blubbering about her college boyfriend who cheated on her 6 years ago with some chick on the crew team.

So, my fellow St. Paddy’s day drinkers, be safe, be (sort of) responsible and don’t fall and get a concussion and have to spend $1,000 on a CT scan like I did last year. 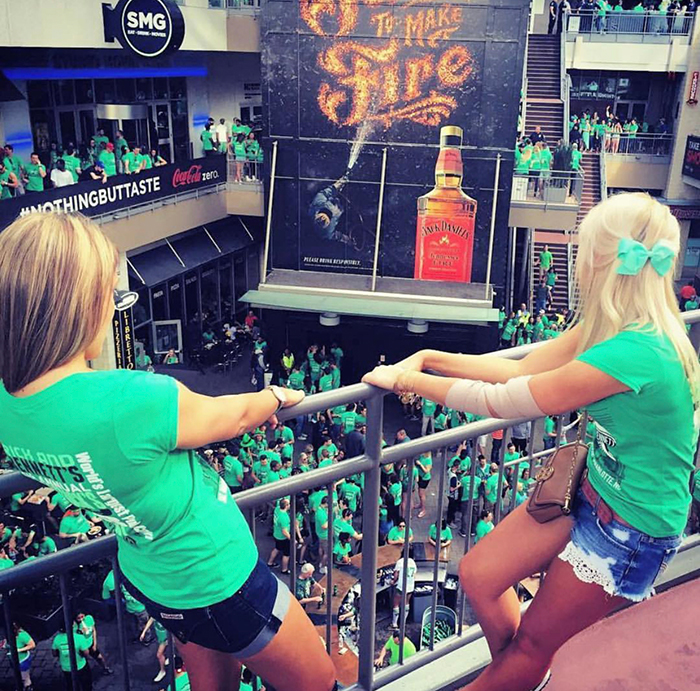 All photos courtesy of Rich and Bennett 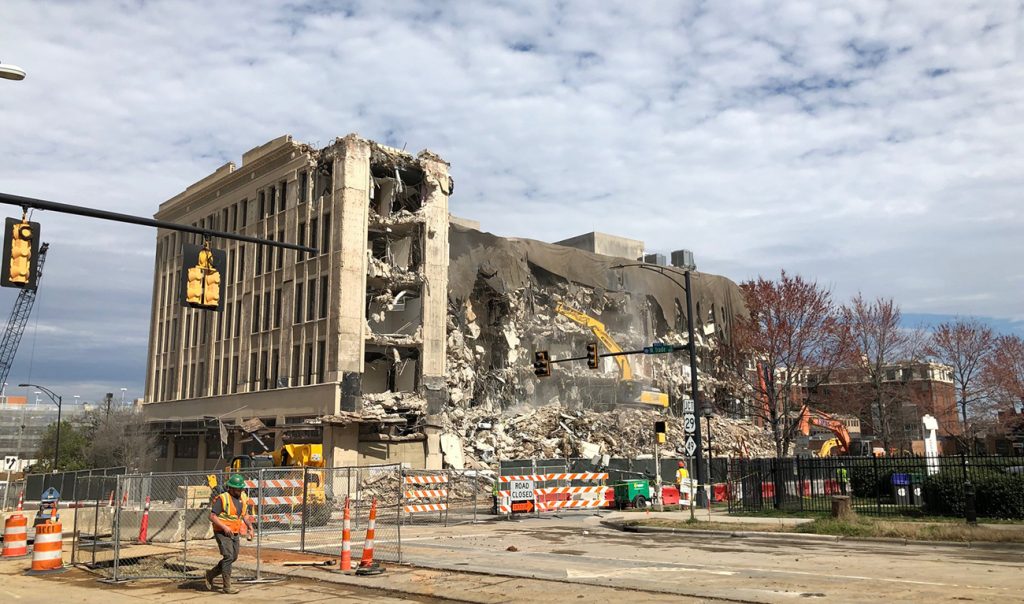 by Clay Sealey and Ted Williams
Most Recent Open Jobs