What you need to know about IVY CITIZENS, a Charlotte-based athleisure line 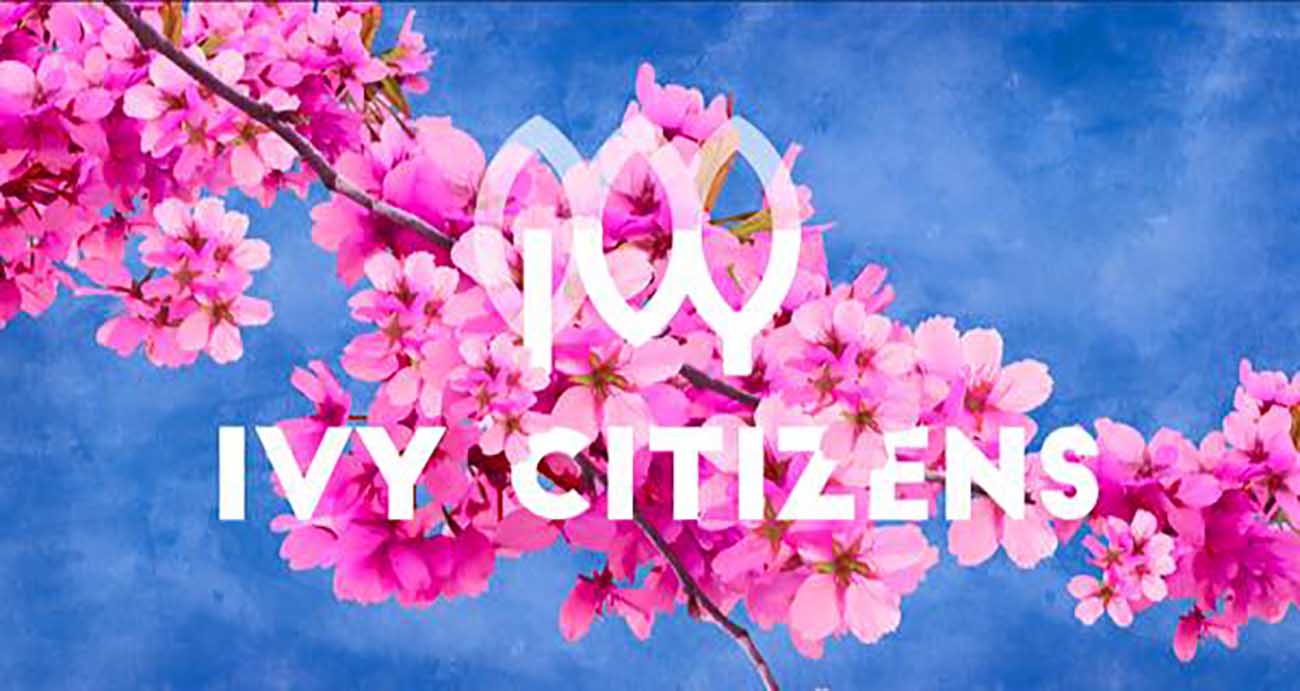 Not as much as jeans – I never jumped on the ‘no pants no problems’ bandwagon – but believe me when I say that leggings take up a good amount of room in my dresser.

And now I have a reason to: IVY CITIZENS is a leggings company dedicated to making young girls and women feel good about themselves.

As someone who has struggled with self-esteem and body image issues, this speaks to me. Until recently, there hasn’t been a space in the market for things like this, and I’m proud that one of the companies making headway with it is from right here in Charlotte.

Here’s what you need to know.

Lisa Thompson left agency work to become a field hockey coach at Davidson College and eventually became head of the field hockey program for girls aged 7-12 at Charlotte Country Day. Because her job literally revolved around young women, she began to take notice of how girls had a “tug and pull — where [she saw] them giving so much to academics, to community, to athletics” that they became “exhausted and stressed.” 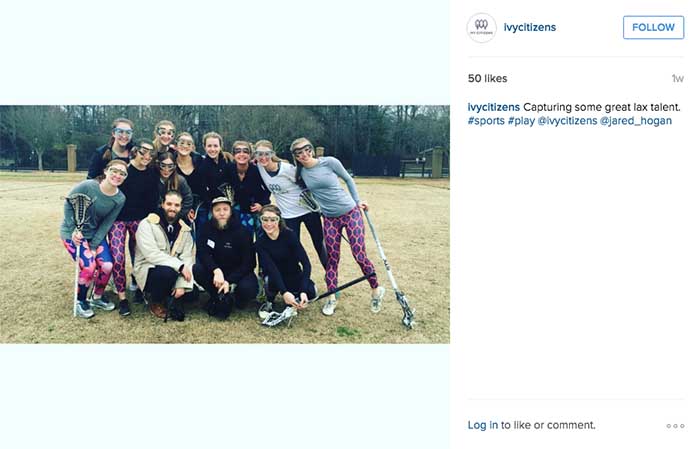 To help them out of the rut, Thompson partnered with female executives throughout the city and began running programs for her athletes in which they were taken off campus and put into real-world environments with female executives so that they could feel as though they “had a real seat at the table” and that their dreams were possible.

“What I saw was that there was such a change in these young women when they had access to other young women who got it, who get it, who have lived, experienced it… the conversations at the event were so different than those at home,” Thompson says. “They just felt seen and heard. They felt that dreams were possible. They just had access.”

Thompson wanted to study the underserving of girls in our country and posed it as her Master’s Capstone question.

“The statistics were more horrible than I expected and knew. Women are so over-sexualized in the commercial market,” she says. “Even for us, just in our culture, the visuals that our girls are getting in the media, you can do a very quick Google search and type in ‘girls’ or ‘girls in sports’ and just click Images and it’s nothing about strength or athleticism, it’s about sex.”

Her research led her to Amanda Cherry, a famous South African fashion designer. 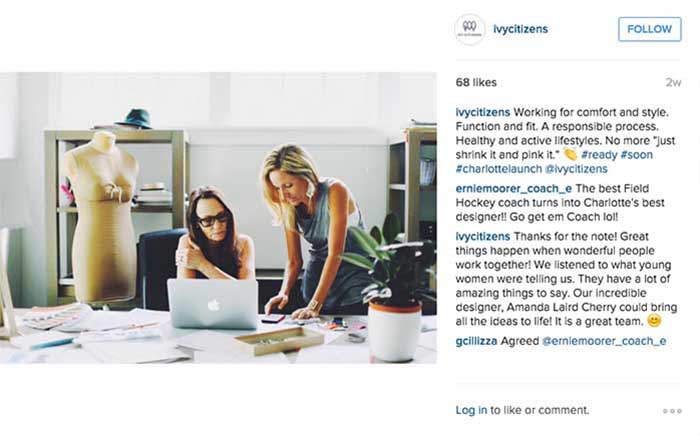 “[She] has been telling stories through cloth forever. Her career really took off when Mandela rose to fame in South Africa.”

Together, they came up with a lifestyle brand for girls — the objective is to give them a different image than the one they see of themselves in the commercial market. At IVY CITIZENS, the girls aren’t over-sexualized.

In the beginning of her research, Thompson’s professor told her, “Make no assumptions. Make sure the girls are involved in every aspect.”

And they have been; Thompson’s own 11-year-old daughter has been working with her mother since the beginning, and the company ran an intern program last summer to ensure that they would “be the voice and the spirit.” 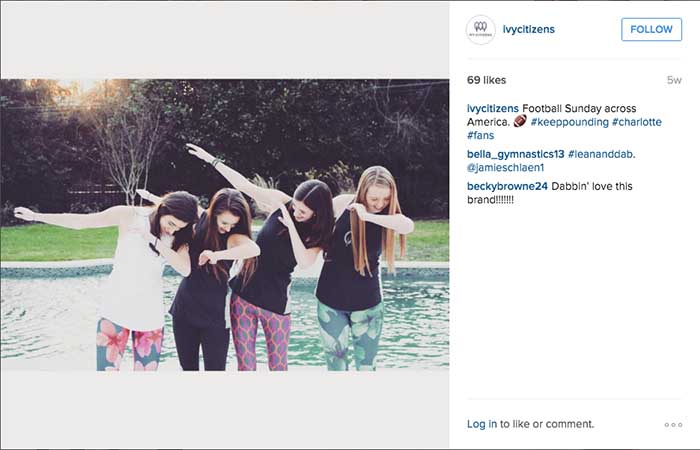 What she found was interesting and unexpected. First of all, they hated the word ’empowering.’

“They hate self-esteem, hate empowering, hate it,” says Thompson. “Because when we drill it down into them, they’re raised in an environment where well-meaning adults are saying it all the time, and it makes them feel like they need to borrow power from someone else. The word ‘self-esteem’ makes them feel like they’re weak individuals who need to get stronger, but what they’re saying is ‘we have power and we have strength. We’re just looking for some space.'”

That space is lacking from the beginning, Thompson believes, because young girls are categorized from the start — are they a tomboy, a girly-girl?

It’s not just about girls

It was quickly realized that the problem of being categorized isn’t just one that young girls are experiencing; so are grown women.

While the brand was originally meant to target young girls, the audience IVY CITIZENS reached told Thompson that grown women could benefit from it, too.

“There’s never really been [a] thread between young and old; there’s nothing in the market that’s doing this,” Thompson explains. “The moms are really responding and telling us that they want to wear what [the young girls] are wearing. So were women in their twenties.” 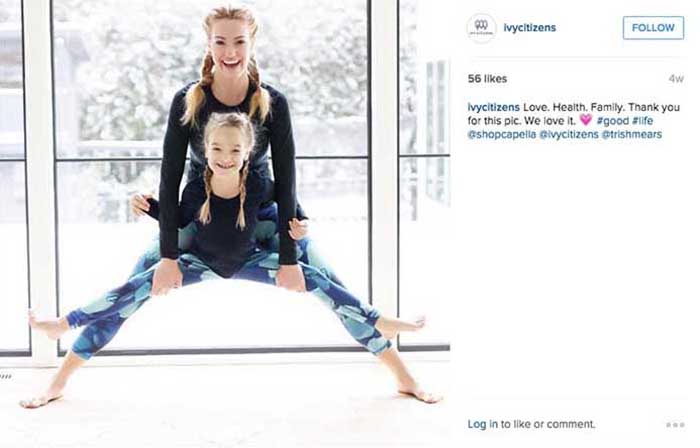 It became much bigger than age and instead became a way to honor the strength that women have had for generations and the thread that links girls with women.

“We just want a space in the market for that.”

“We shifted the size model to include everybody,” she says. “It’s not limited to young girls that just fit in young girls’ sizes, but all women, young and old, who interact together in this common thread. That’s where it’s been going since then.”

To make it work, it’s taken a lot of design and redesign.

When Thompson and Cherry learned about the girls’ feelings toward words like ‘self-esteem’ and ’empowering,’ they realized that the girls were going to have to have more of a say over the line than they originally thought.

The leggings that IVY CITIZENS will most likely become known for feature Cherry Blossoms of various sizes up and down both legs. 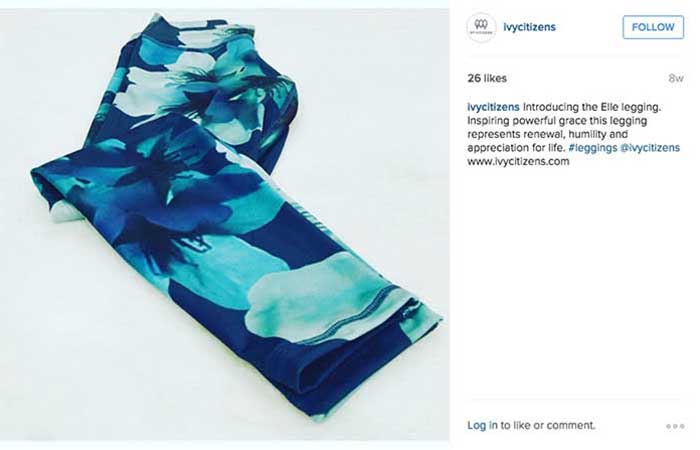 “We chose the Cherry Blossom because of the meaning,” Thompson explains. “[Of] having both humility and value in life, respect and value of life, and we thought that meaning was really intentional. We even studied psychology of color. We’re trying to be intentional of every step.”

While the psychology and meaning of the design is important, what’s most important to Thompson and her team is that the girls and women wearing the clothes can look at and relate to them.

“We don’t want them to always have to dig so deep [for meaning], but we want them to know it’s intentional on our part and that we see them and hear them.”

The name is a beautiful reflection of the mission

The word ‘Citizens’ was a no-brainer. To Thompson, the word itself and the research shows that the company is truly rooted in community because it influences a lot of choices.

“‘Citizens’ speaks to that, but it also speaks to women like Susan B. Anthony.”

And while ‘IVY’ seems random, the word fell into place on its own.

“In the front of our yard, we have a creek,” Thompson says. “We planted some ivy, and it didn’t grow. We were really annoyed – ivy is supposed to take off. So we brought a landscaper in and tried a different kind of ivy that still didn’t grow. We were very frustrated because we thought it was going to be beautiful growing up the bridge. As it turns out, it wasn’t the ivy – it was the environment that was stunting its growth. With the right sunlight and water, it took off.”

But don’t call them feminists

When I ask if the women behind the brand consider themselves feminist, Thompson is quick to correct me.

“Somebody asked if we consider ourselves modern feminists, and we said no.” 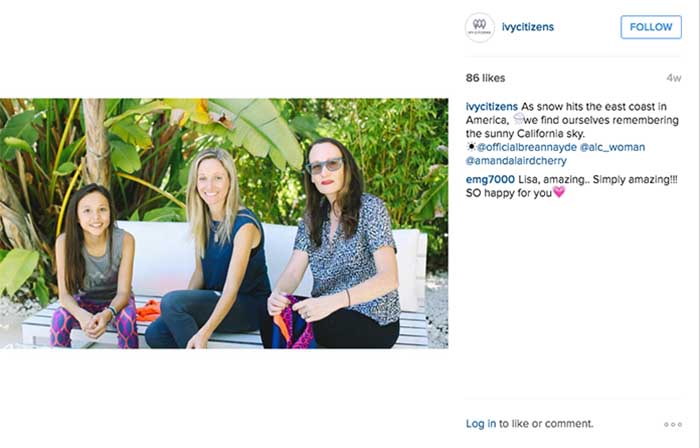 To her, it’s not that the business is looking to reshape or get into the spaces of girls and eating disorders, anxiety or depression; it’s looking to give the girls a positive self-image.

“All we’re saying is that if girls had access to a positive image of self, something that better reflects and represents them in the market, then maybe we can catch them for a little while.”

In a single sentence, “IVY CITIZENS is an athleisure clothing line for girls and women committed to changing the narrative of girls in the common market.”

Connect with and shop IVY CITIZENS 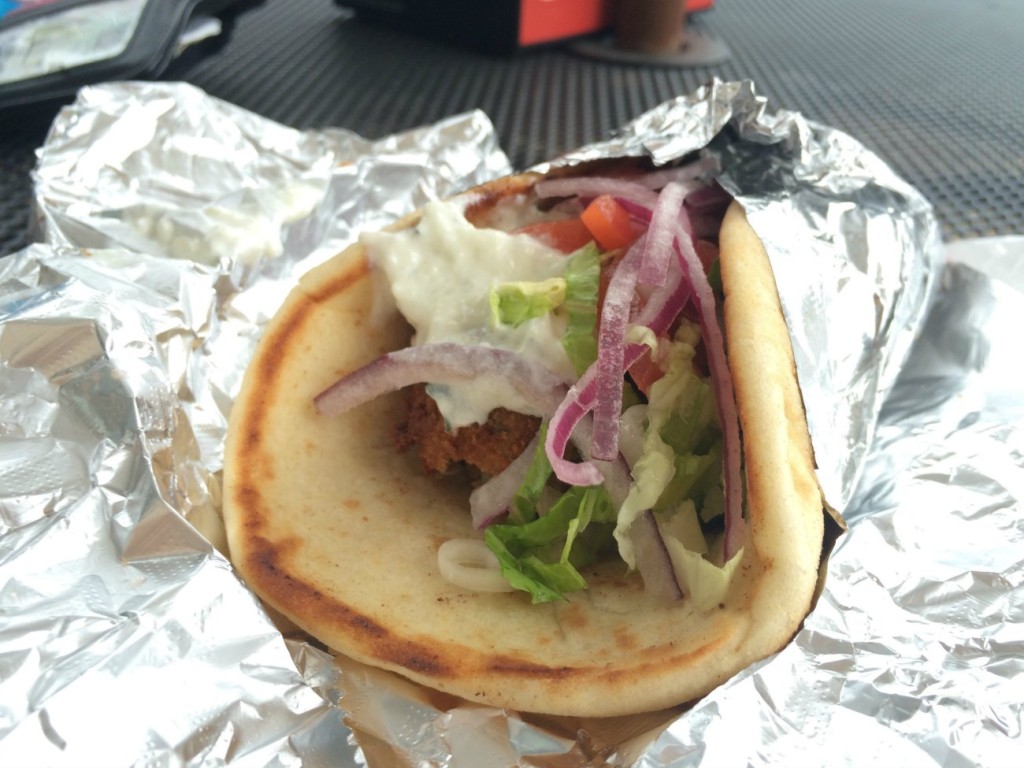 Little Village Grill is the place to be for no-frills food under $5.15 in Uptown