How NASCAR can fill the Sunday football void 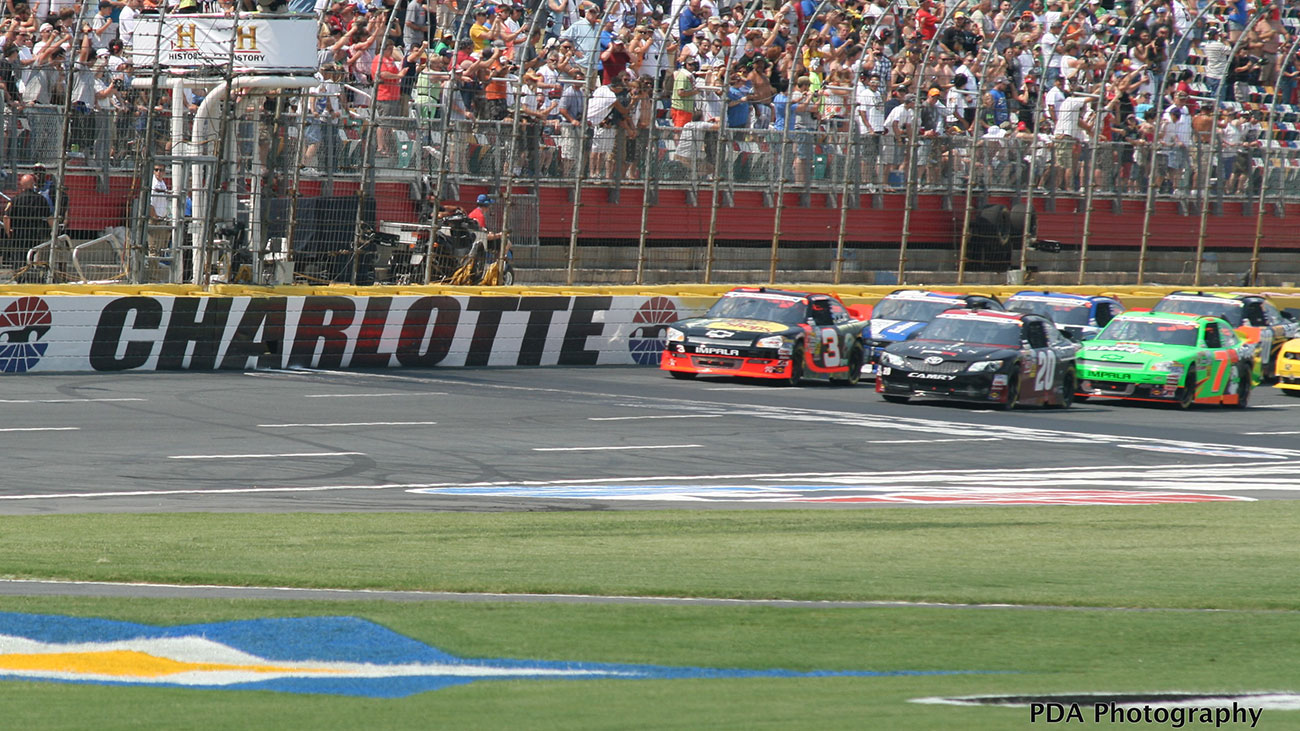 Maybe it’s time to try something that Charlotte claims and loves to market to the world.

We can try something new, right? Remember World Cup 2014? Charlotte learned to love soccer! This weekend, the 2016 Sprint Cup series debuts at the Daytona 500. So, before you go hatin’ just look at all the things NASCAR has in common with Panthers games:

There are 36 regular season races from this weekend till November. The weekly “where are we watching the race this Sunday” is just as much fun as picking a place to watch the game. Start by watching the last 75-100 laps at Whiskey Warehouse and order the buffalo shrimp.

Football teams have coaches and NASCAR teams have crew chiefs. The driver has an entire team behind them working to create a fast car that wins. Each team has a ‘travel team’ and a ‘home team.’

The home team consists of engineers, designers, aerodynamicists, mechanics, and fabricators who work throughout the year to produce a car that is mechanically sound and grips the track. The travel team (think pit crew) takes that car to the race. On larger teams, hundreds of people contribute to building a car. 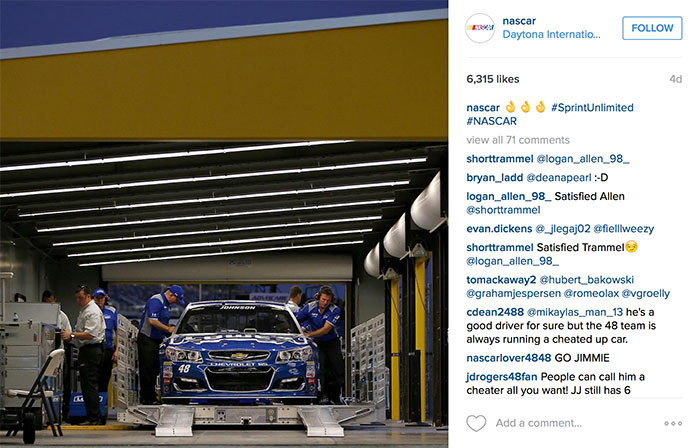 Race weekends aren’t just about the big Sprint Cup race — that’s actually the final race of the weekend, the grand finale. Race fans often show up to the racetrack several days before to watch the “junior varsity” races. 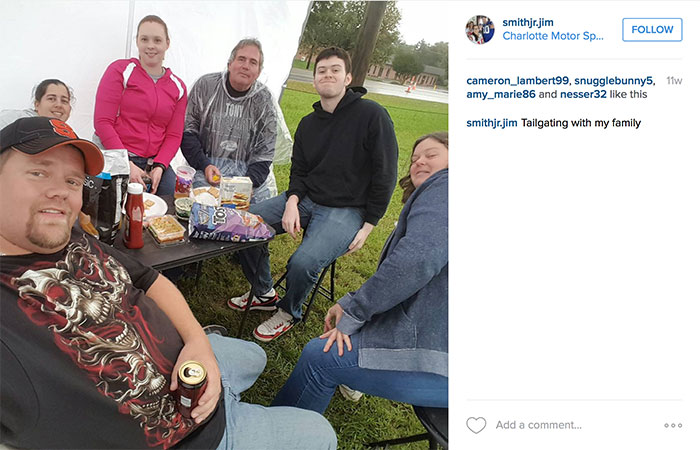 Just as football coaches may pick the two point conversion over the field goal, crew chiefs instruct the driver when to pit for more resources and it’s crucial that they decide at the right time.

I was stunned to learn that these cars have very little instrumentation. There’s no fuel gauge! Can you imagine paying 10 million dollars for a car only to find it has no gas gauge? Teams have to estimate, and some races end with the majority of the field swerving and sputtering while their fuel runs out. Final lap and you run out of gas? Dang.

Drivers have to accumulate points throughout the season. The 16 drivers who have the most points make “the chase” and although all the cars must finish the season, only those 16 are competing for the Sprint Cup trophy. Last year, Kevin Harvick who finished second in the Chase earned just over $9 million in prize money. 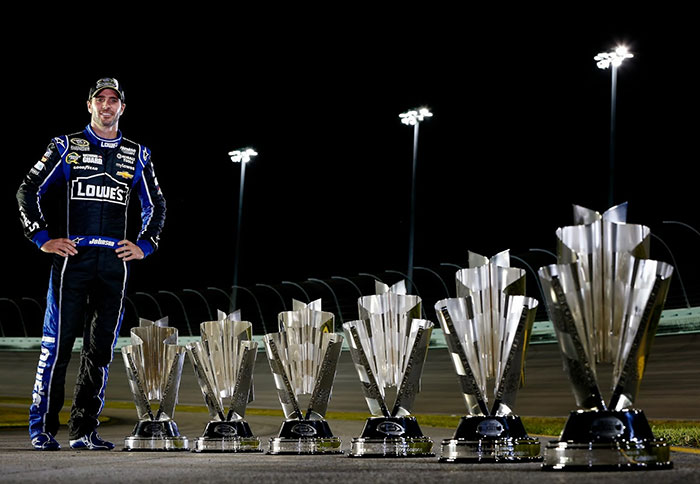 There’s a learning curve to figuring out which drivers go with which teams and realizing which drivers hate each other, but after that it’s sort of like a real housewives episode. But these people hit each other going 180 MPH. So…there you have it. 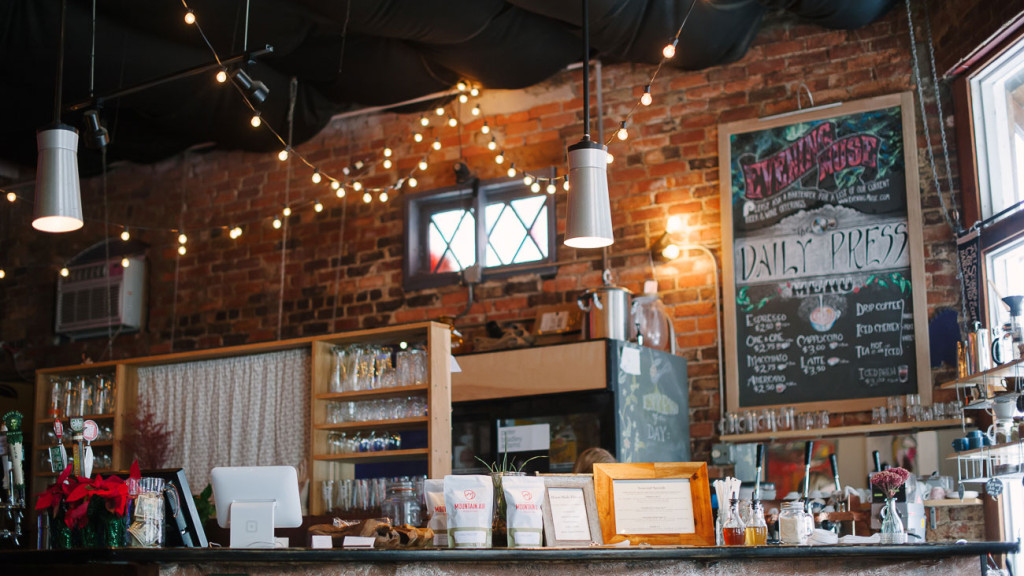 Thanks for the memories: The Daily Press is moving out of Evening Muse to a new location (10 photos)