I went to a burlesque show for Valentine’s Day and had a lot of thoughts about it. Whoa.

Before Saturday night, the closest I’d ever come to seeing half naked women dance on stage was in the seventh grade when my French teacher put on a video about Moulin Rouge in Paris.

That changed this weekend, when my boyfriend told me he’d come up with an idea for Valentine’s Day that involved being scantily clad but wasn’t what I thought it was.

It definitely wasn’t. It wasn’t a massage; it wasn’t sneaking into a heated pool somewhere. It was watching a burlesque show. Big Mamma D’s House of Burlesque, to be exact.

Big Mamma D’s House of Burlesque is the Southeast’s longest running show and has a handful of awards under its belt and I understand now why it’s gotten so many.

I was nervous to go because I didn’t know what to expect. It was an absolute riot. Everything I never expected and everything that I did. This is, down to the minute, how it went for me.

4:00 p.m. How do I tell Boyfriend that I actually want to go to the burlesque show without being weird?

6:00 p.m. What does one wear to a burlesque show? This sweater and jeans combo should be fine. Casual yet refined and also the 19th outfit I’ve tried on. Done. 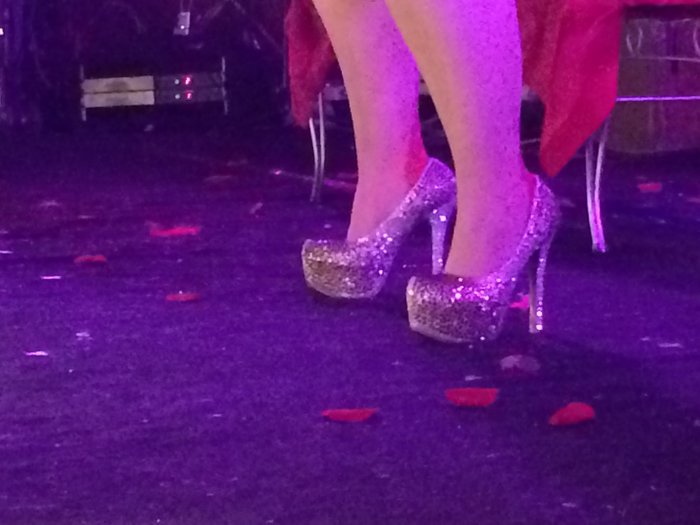 8:50 p.m. It’s PACKED. There’s an impressive number of women here. And couples. What is my family going to think when they find out how I actually spent my Saturday night? I need a drink. Helllloooo, bartender.

8:57 p.m. I said hello. Why are you ignoring me? What’s the secret to getting a bartender’s attention? I should actually include my email address so people can clue me if they have an answer. (It’s [email protected])

9:06 p.m. Boyfriend is walking me through how it works and what to expect. I am both impressed and very anxious. Does coming to this make me a Cool Girlfriend? 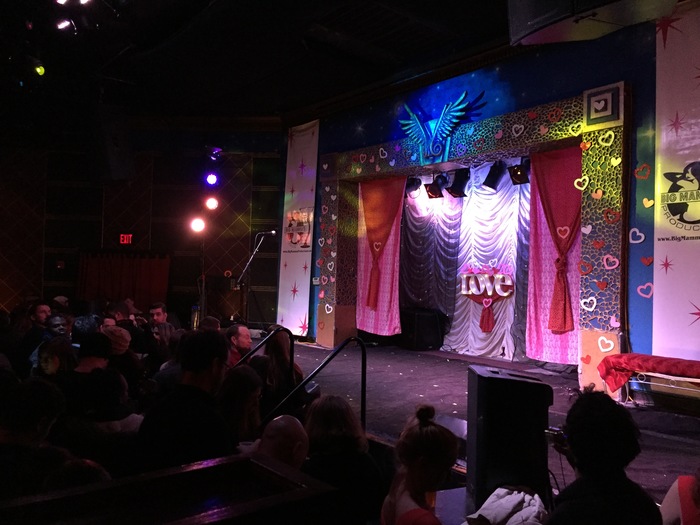 9:24 p.m. Definitely can’t write about this string of jokes. Or maybe I can. We’ll see how much gets cut.

9:31 p.m. Big Mamma D! Girl! So much attitude! So fresh! So sassy! I’m obsessed! You absolutely deserve to have a burlesque show named after you. 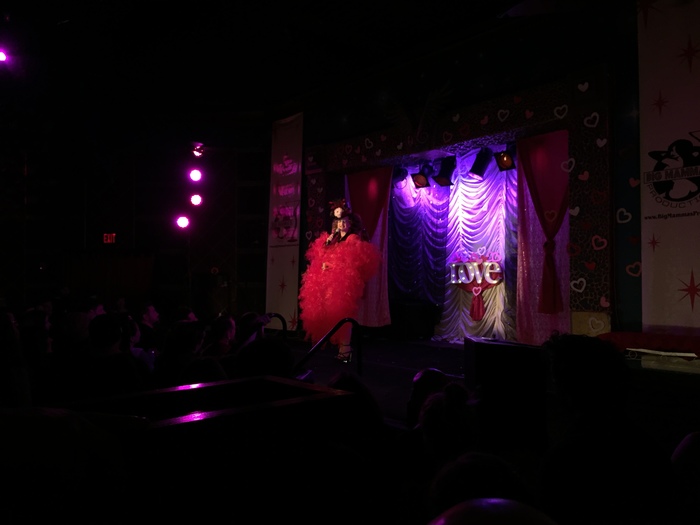 9:46 p.m. Hey, Miss Red Wine is a first timer! Same here! I’m nervous, too. Only I’m not on stage and the WiFi didn’t shut down right before I started. Poor girl.

9:55 p.m. She killed it. The closest I’ve ever – and will ever – come to this is that semi-regrettable lip sync sophomore year of college. I wonder if that video still exists. 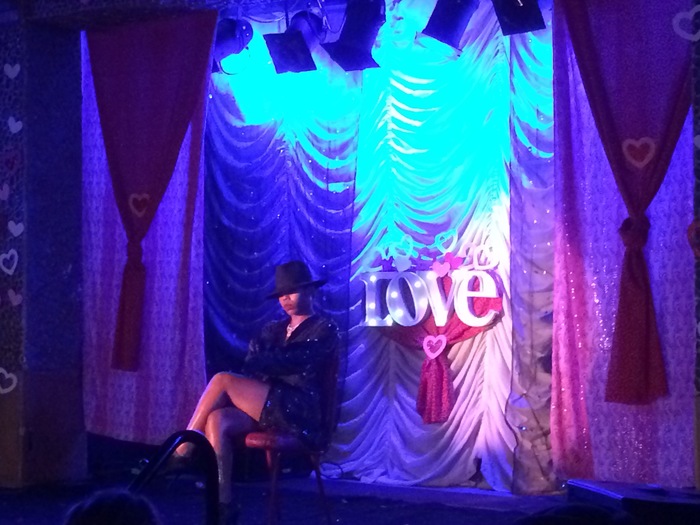 10:11 p.m. This feels a lot like watching a sex scene with your parents.

10:15 p.m. Just learned that Veronica Broadchest grabbed Boyfriend’s butt as she walked by. SHE GRABBED HIS BUTT. ?!?!

10:21 p.m. I’m excited to see Deadpool tomorrow. I wonder how this will fly with Ted. I think he’ll die.

10:30 p.m. She can take off her stockings while hula hooping. Casual.

10:34 p.m. She took her bra off but never stopped hula hooping. How does that happen? 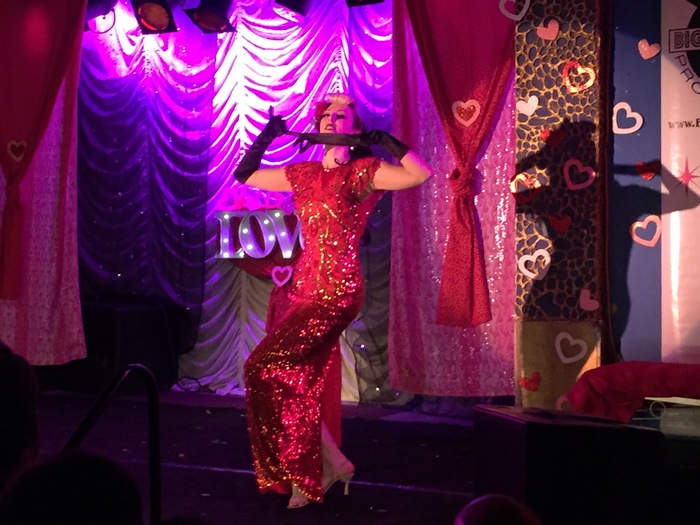 10:45 p.m. Her name was Ophelia Poptart. So many childhood memories and literary characters tarnished with one song. 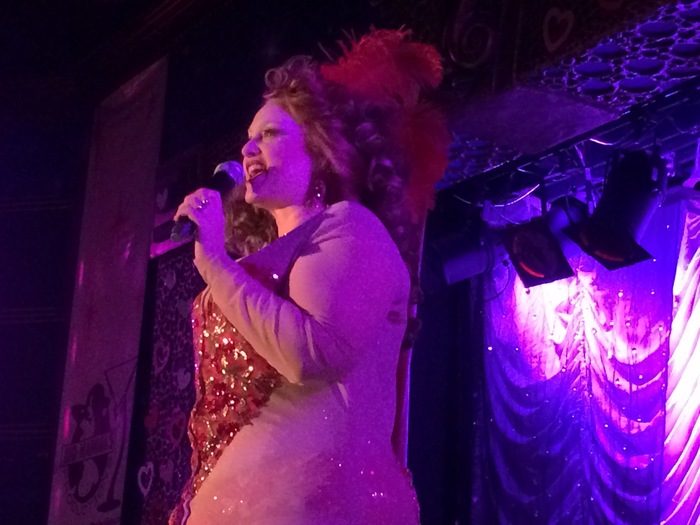 11:08 p.m. Why do I keep looking back at Boyfriend, especially when the dresses come off? Stop doing that!

11:12 p.m. Veronica Broadchest is dancing to the Titanic song. Because of the flotation device joke. I get it. She’s even wearing the necklace!

11:35 p.m. There’s a woman in the corner showing off pictures of her baby in the bathtub. It feels a lot like this is not the right time or place for that.

11:54 p.m. They just brought out a daybed. And it’s for Big Mamma D. And she’s singing a Michael Buble song. And she’s dancing for her husband.

12:06 a.m. That was fun. And exhausting. I also don’t care if someone cares that I spent my Saturday night here with a date. 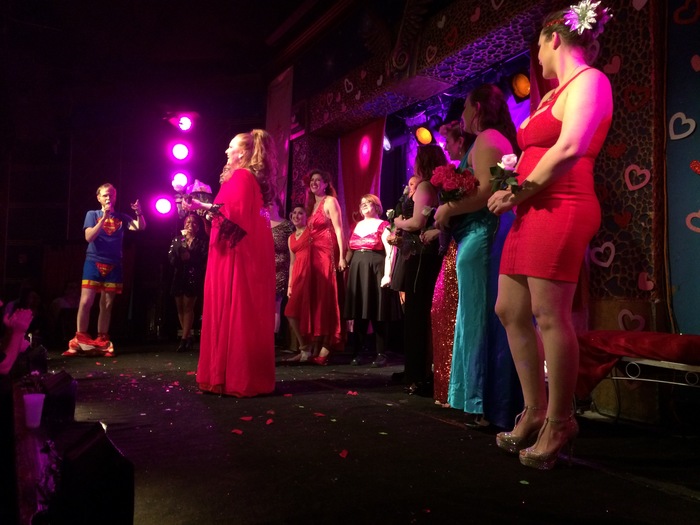 The Iron Yard, a code school, is gearing up in Charlotte and hiring for 6 positions