12 things they don’t tell you before moving to Elizabeth 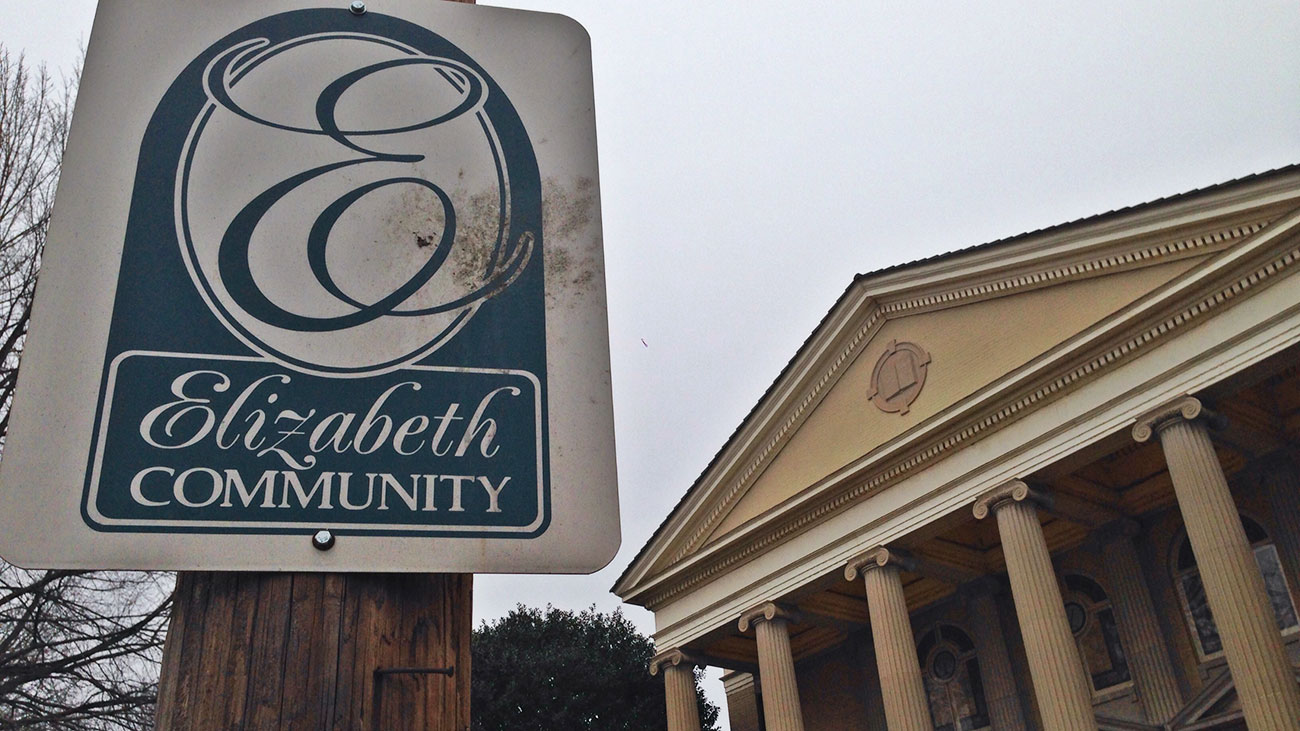 Two weeks ago, I left Sedgefield behind and moved to Elizabeth. I was sad to leave my view of Sedgefield Park and the extremely entertaining “EVERYONE BE CAREFUL I saw a strange man in our neighborhood!!!!!!” posts on the Sedgefield Facebook Group. But everything I miss about Sedgefield has been trumped by the fact that I can now walk home drunk from Jackalope Jacks.

Now that I’ve relocated to Elizabeth, I’ve noticed that there are a few things that no one bothered to tell me about my new neighborhood. Here are a few of my observations: 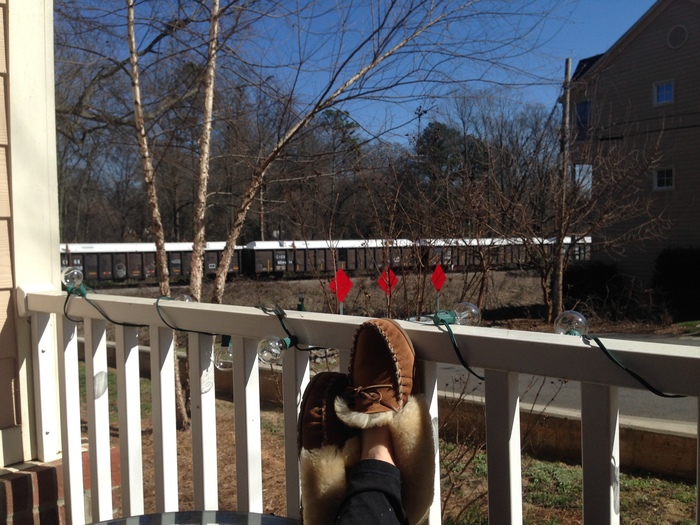 I knew there was a train, but I figured it went by, what, maybe twice a week? I mean it’s not 1922 for gosh sake. Who still ships stuff by train? 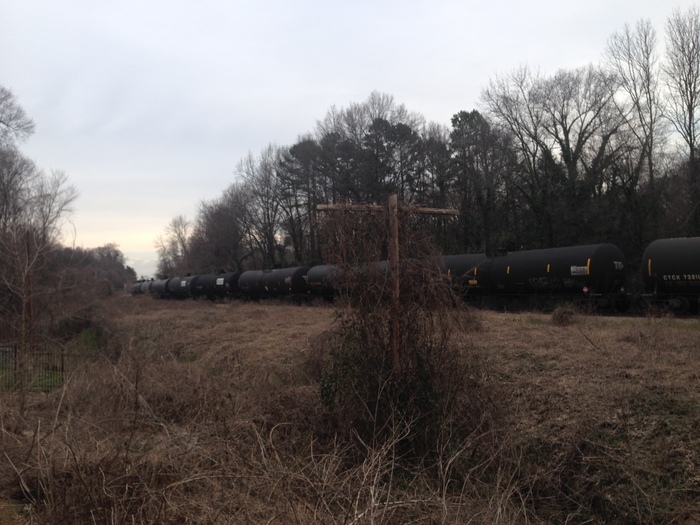 The first night in my train-track-adjacent apartment I was roused every two hours by the train whistle. But don’t worry about me, I wised up and got some crazy industrial-strength earplugs. 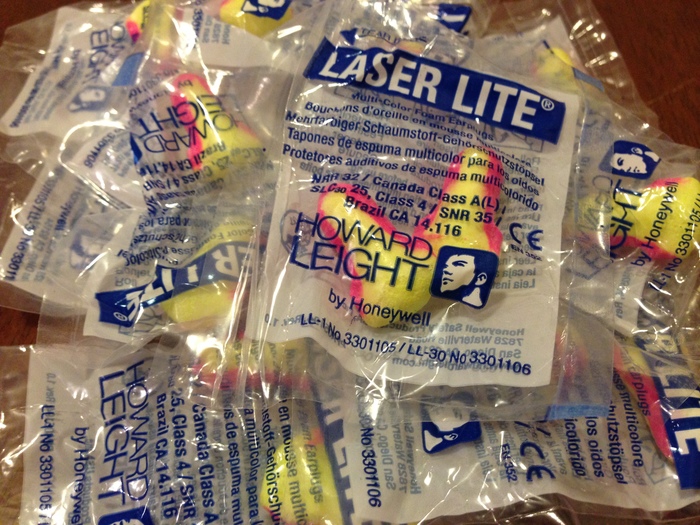 (2) The roads are perfectly lit for nighttime runners. 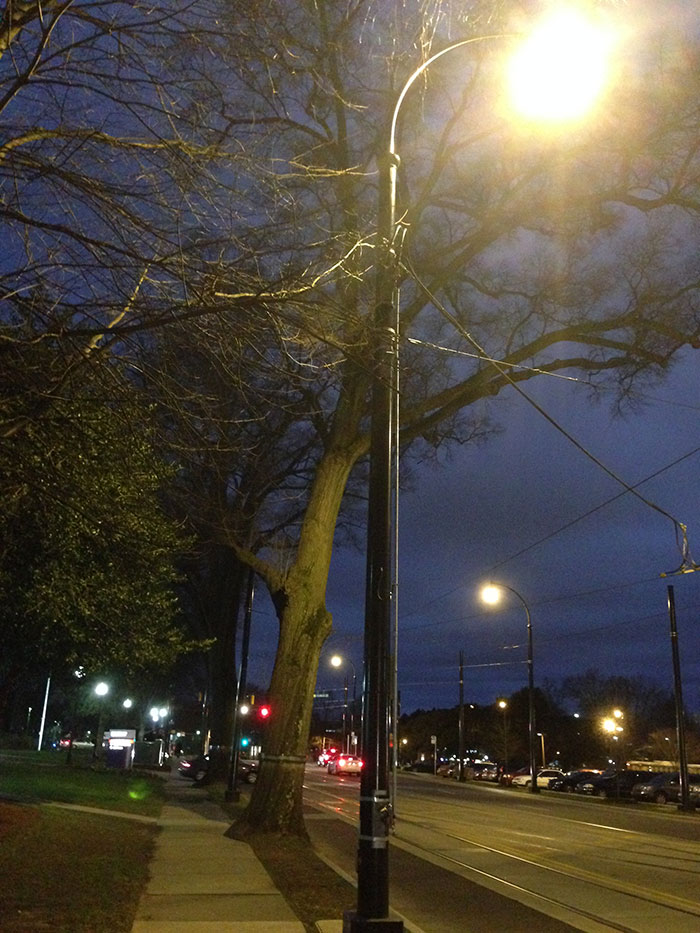 Elizabeth is all about them streetlights, which is huge for someone who gets home from work after dark. And yes, I wear a construction worker safety vest because I have major anxiety about becoming a hood ornament on some SouthPark mom’s Land Rover. 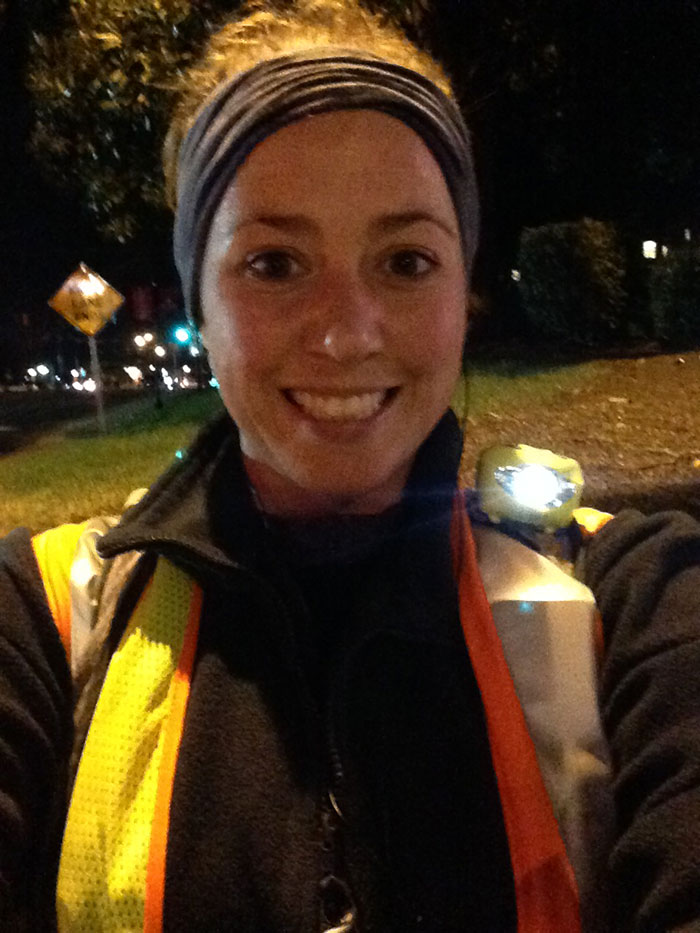 But even with the lights, make sure to keep an eye out for death holes that I think migrated their way over from Park Road. 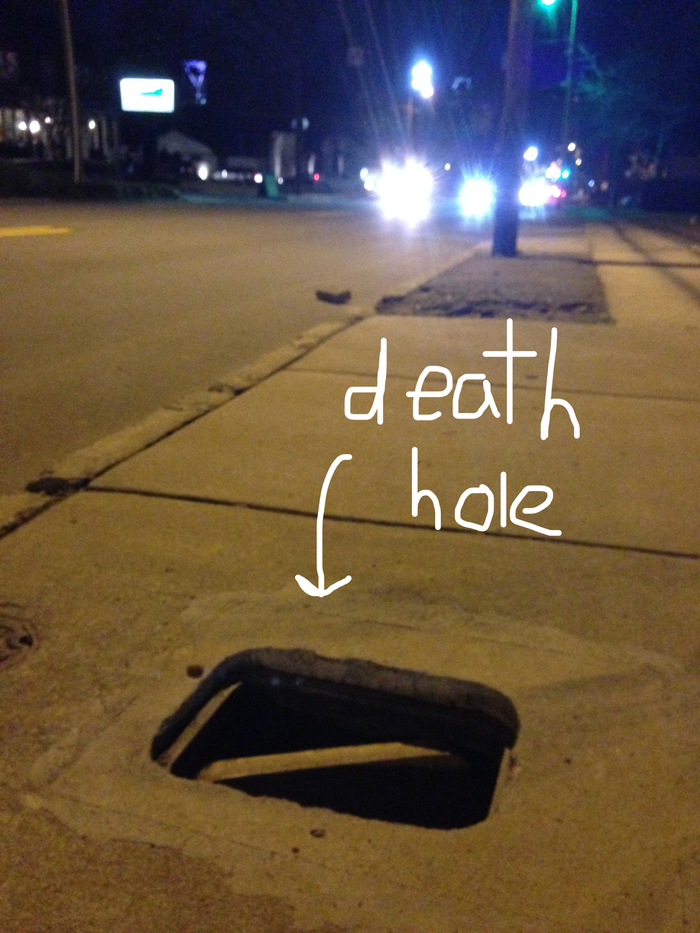 (3) The Hare of the Dog is a barren wasteland. 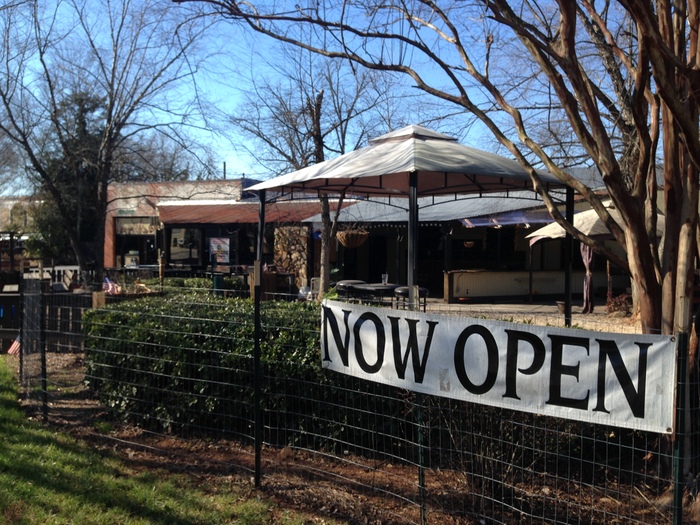 I was really excited to live so close to the dog bar on 7th Street until I went by to find nothing but desolation. I’ve never seen so much as a squirrel at this place, let alone an actual dog. It says it’s open… am I missing something? 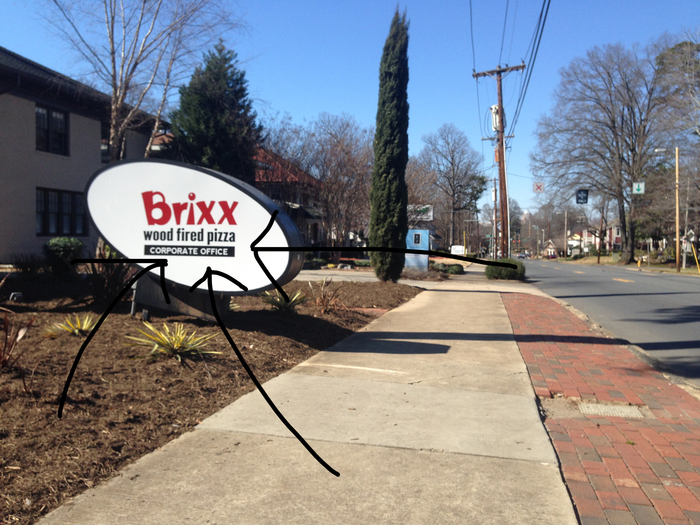 I walked down to Brixx after work the other day looking forward to a Bronx Bomber pizza and a S’mores Pizza Dessert. But as I approached, I quickly realized that my s’mores dreams would be smashed since this is just Brixx’s stupid corporate office.

I think we can all agree that their sign is misleading and should be removed or at least edited. Maybe “THIS IS A CORPORATE OFFICE WE DON’T HAVE BRIXX STIXX” or something of that nature.

(5) There’s a large water tower with secret art below it. 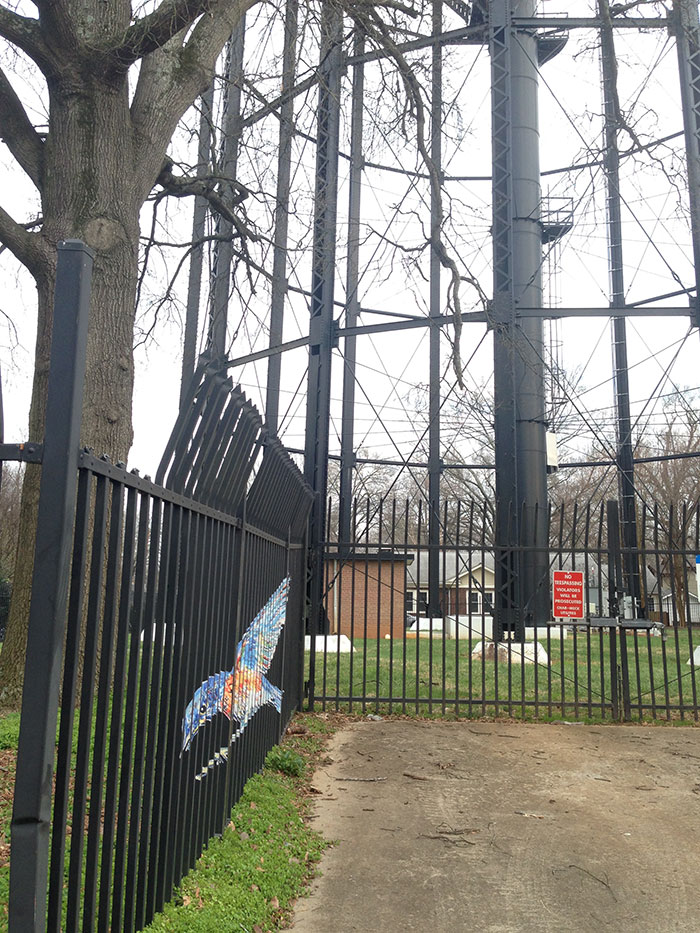 Ok, I guess I didn’t expect my landlord to be like, “Hey, just so you’re aware, there’s a very large water tower down the street.” But I do wish someone had told me that there’s really cool perception art beneath the tower. 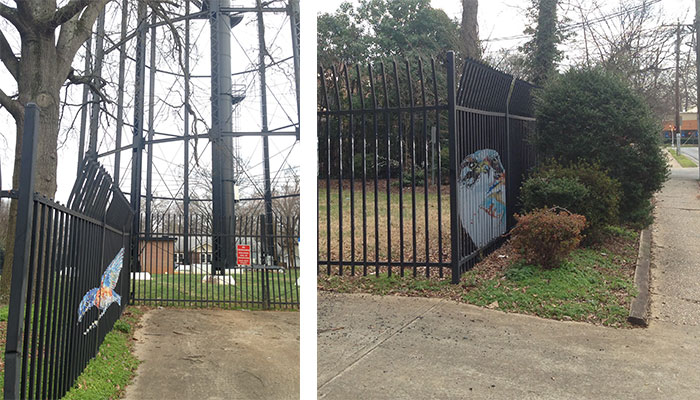 The birds and the message “Look at me” are only visible from certain angles and I have no idea how the artist accomplished this or if it’s even allowed.

(6) The best place to drink isn’t a bar; it’s a Latin American restaurant. 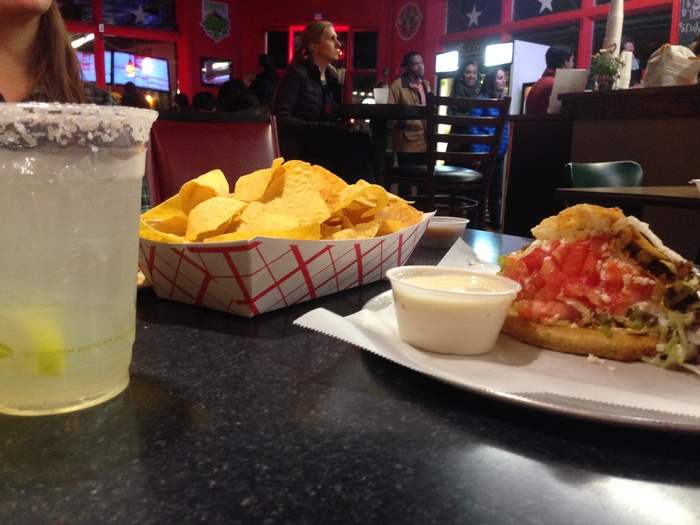 Sabor Latin Street Grill has straight up ridiculous drink specials. And unlike everywhere else, they run them during the weekend when people with jobs have time to drink their faces off. Here they are: 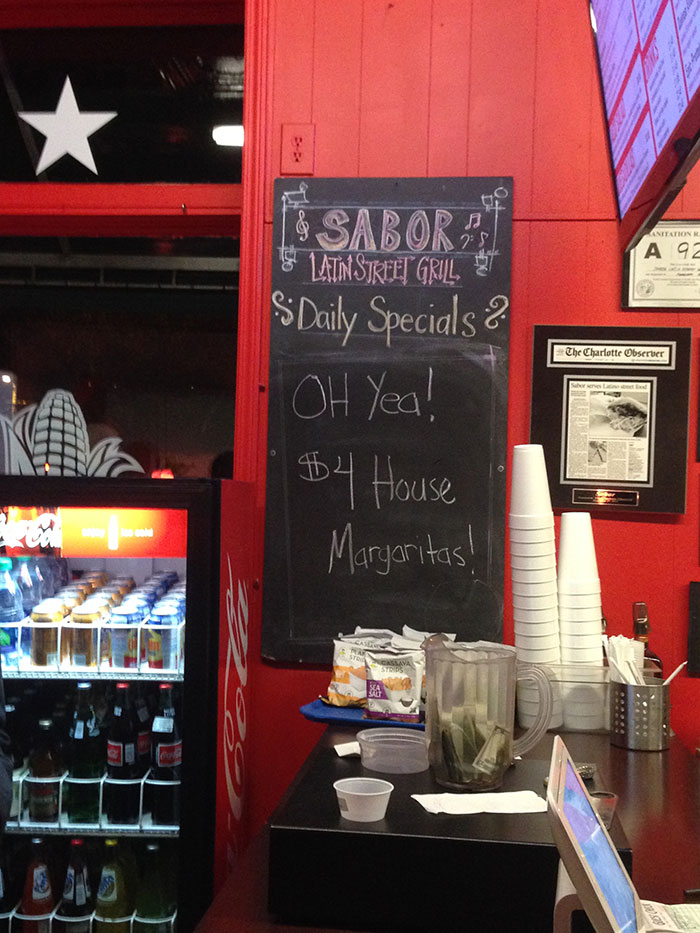 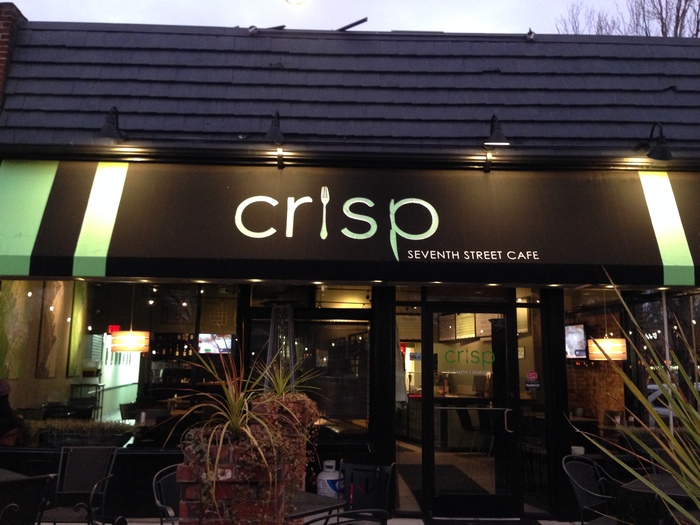 (8) Unique Boutique is not a locally owned version of Claire’s Accessories. 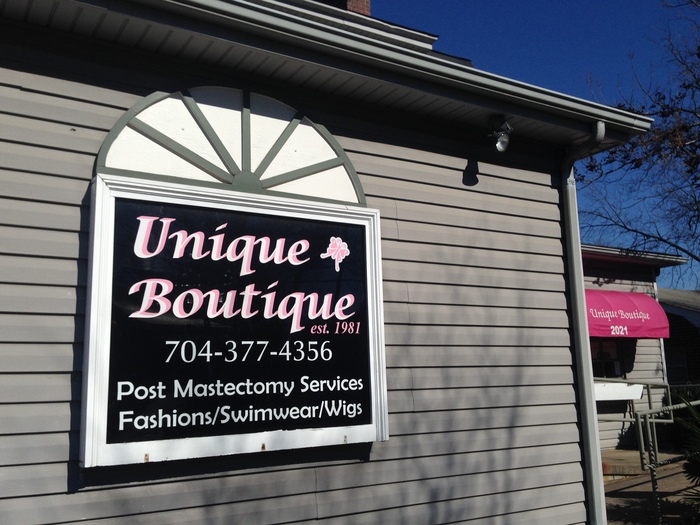 Although I wouldn’t mind a local place to get cheap costume jewelry, Unique Boutique does not hawk merchandise that will turn your skin green. Instead, their entire store is catered to women who have had mastectomies. They sell bras, swimsuits and prostheses and I’m really glad I didn’t walk in like a dimwit asking if they would pierce my ears. 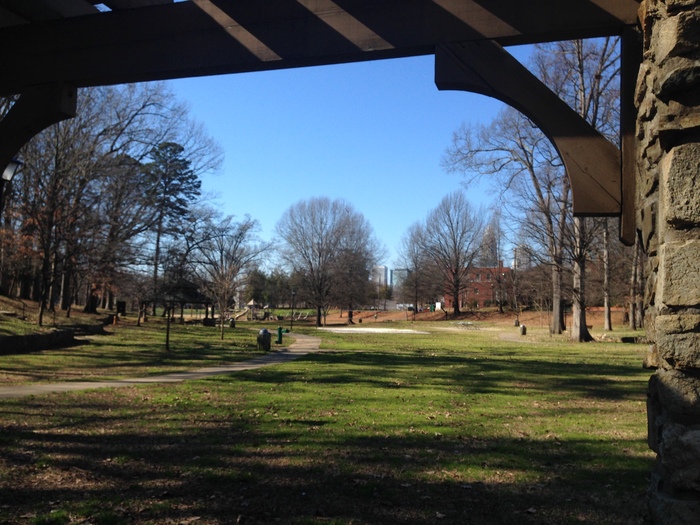 I figured that the first public park in the city of Charlotte would be well lit and bustling after sunset. Not so.

All I found when I went on an evening stroll was darkness and one man asleep on a park bench. He was harmless but I quickly realized that Independence Park may not be the safest place for me to be alone at 9 p.m.

(10) There are secret pathways. 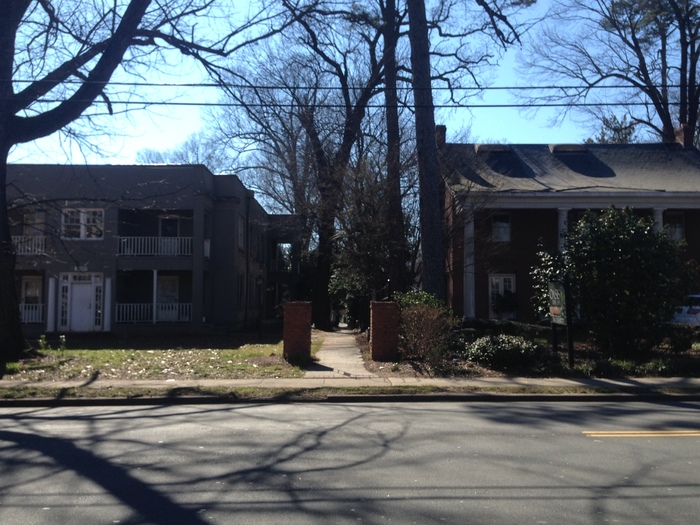 Trolley Walk tried to tell me about the secret pathways, but at the time it didn’t immediately impact my life so I didn’t listen. The Elizabeth Trolley Walk connects 5th and 7th streets and is really pretty to walk down. It makes me feel kind of like I’m walking through a crappy version of The Secret Garden. 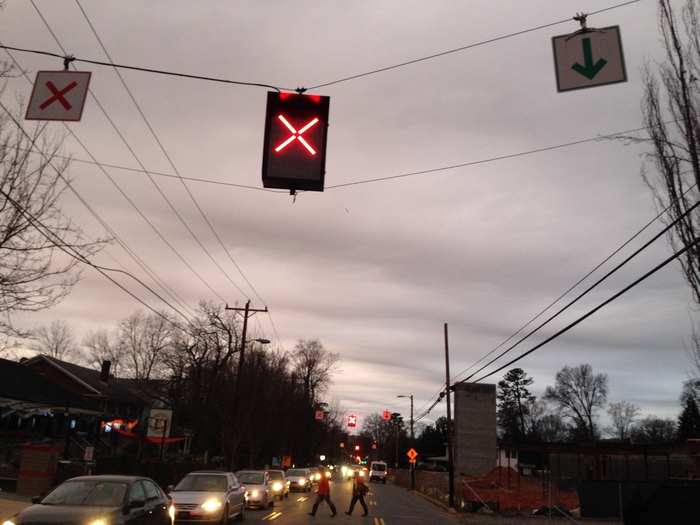 Driving down 7th street is definitely something that I’ll have to get used to. I understand the utility of switching traffic patterns during the day, but at what point do they switch the X’s over? Could I be driving in a green arrow lane only to have my green arrow suddenly change to a red X and then be plowed over by a dump truck?

This scenario has now become my biggest fear (besides tornados and being decapitated by a malfunctioning elevator).

(12) And finally, the dogs in American Legion Stadium are not real. 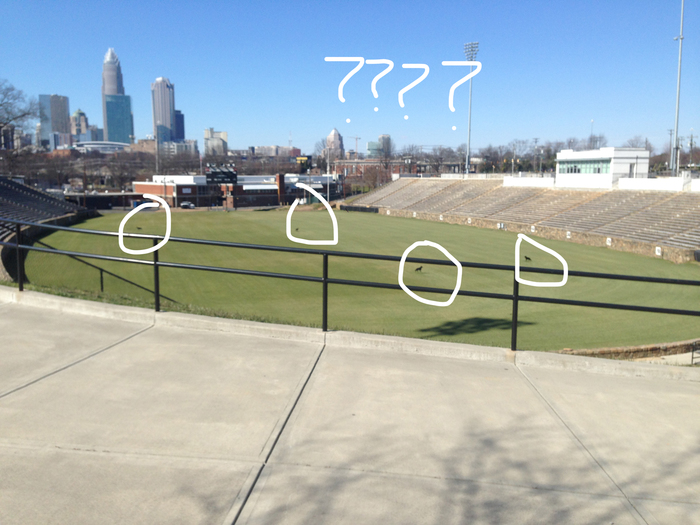 Has anyone else noticed the weird dog-cutouts that are set-up all over American Legion Stadium? 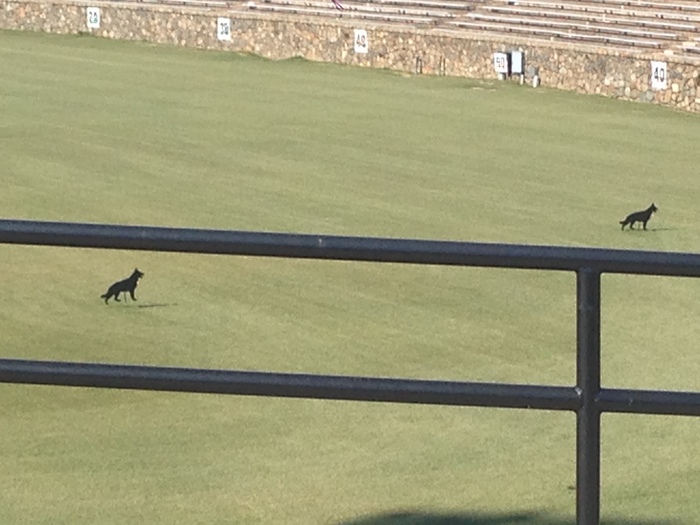 WHY ARE THEY HERE? I need answers.

Here’s what we know about Pushwater Coffee, debuting in Charlotte next week