4 development projects up for approval tonight 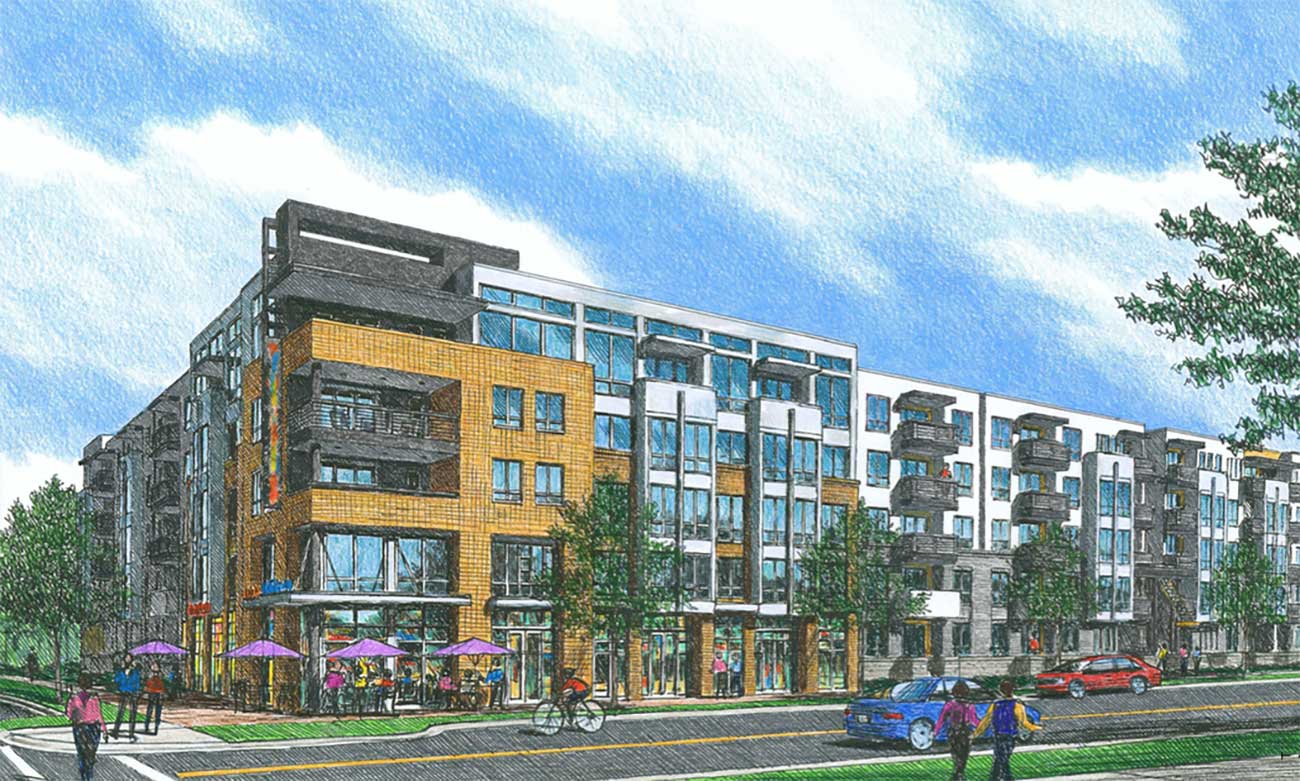 Monday is zoning time again for the Charlotte City Council. Here are the details on four projects up for approval and three more that will be discussed.

This 11-acre piece of land just south of Montford Drive is owned by Grubb Properties and will one day be a major commercial center with its own internal street network and a pocket park. A 450-home Link Apartments community will come first, followed by ground-level retail and maybe a hotel. There will also be a better pedestrian crossing at Park and Mockingbird Lane.

The city is in favor of this one, so it’s likely to go through without too much of a fuss. 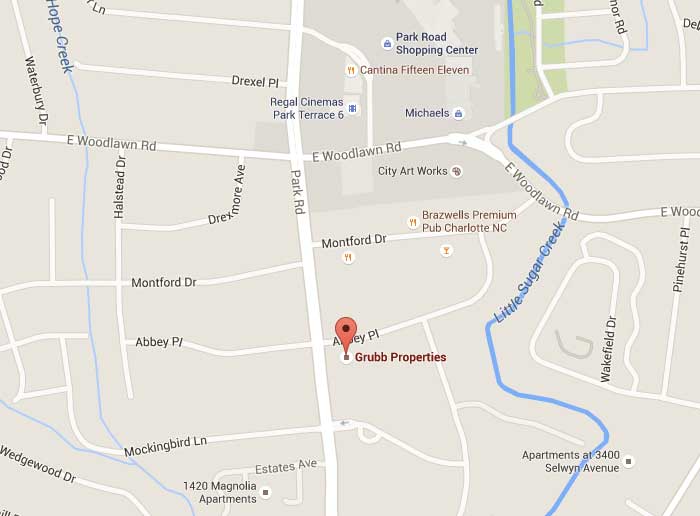 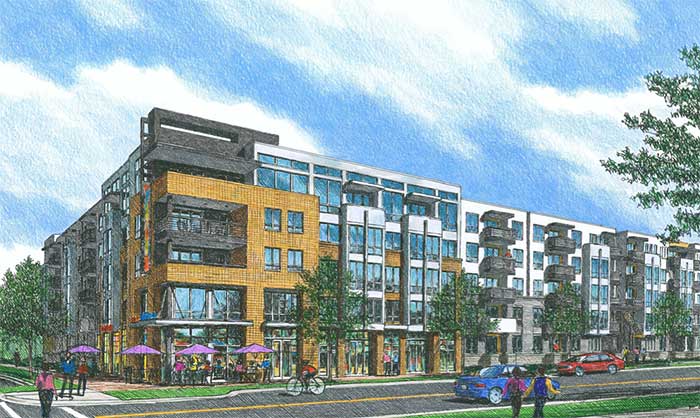 Image via the city of Charlotte

This will have 280 units and is going to be right next to the planned light rail extension station at East 25th and Brevard streets on the north side of the Optimist Park neighborhood. The back side of the property along Little Sugar Creek will be dedicated for the Cross Charlotte Trail. 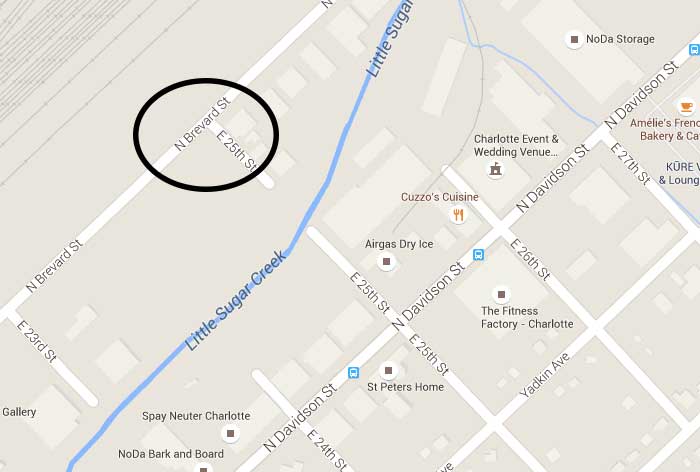 We don’t know exactly what this is going to be, but at the very least it will turn an old warehouse into a an “entertainment” center. Maybe it will be called Meck City Social? It’s a half-mile walk from the light rail’s Scaleybark Station and in the growing Lower South End/Queen Park area.

A big bonus: The old Queen Park sign will be coming back. 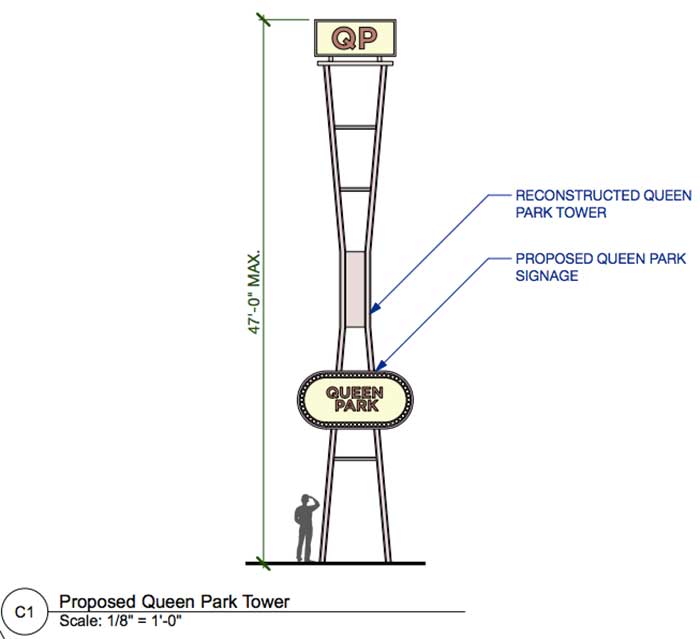 (4) Something big on Bland Street

There are no site plans associated with this, but the rezoning would allow an old warehouse at Winnifred and Bland streets to become a “transit-oriented development” — meaning apartments, retail, etc. — a half-mile from Bland Station. The land owners say the property is under contract. Keep your eye on this piece of land.

There are also a number of projects that will be holding public hearings Monday. Here are the most interesting. 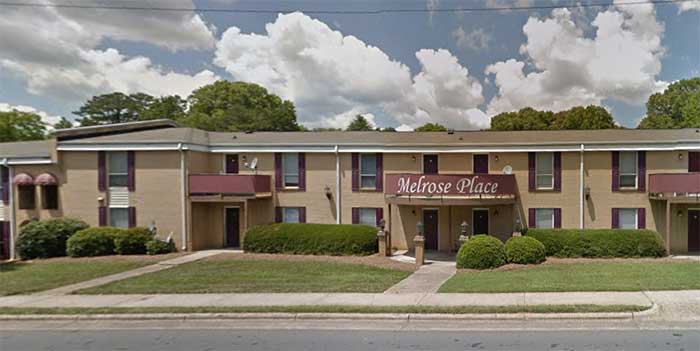 You’ve definitely seen these on Woodlawn Road just past Park Road Shopping Center. The developer wants to tear the 54 units down and rebuild 265 (higher-priced) apartments on the same location. The city actually is recommending against this so we’ll see what happens.

This one would be 351 units at the corner of North Brevard Street and Parkwood Avenue near the future Parkwood station on the light rail extension. The city is against it because it doesn’t have ground floor retail as a part of the plan. 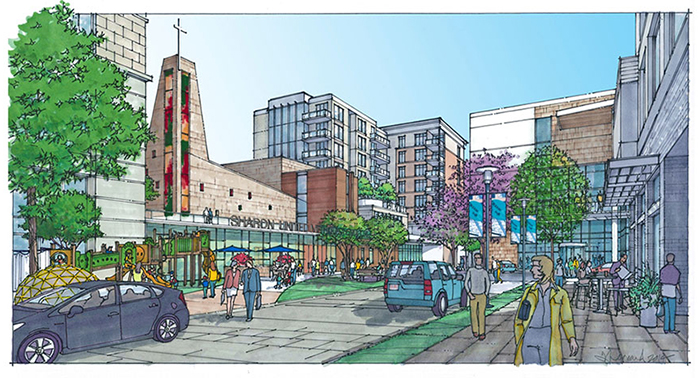 This project in SouthPark would turn the iconic church and make it a big mixture of apartments, retail, restaurants, office, hotel and fitness. The city is in favor.

8 ways to make friends in Charlotte