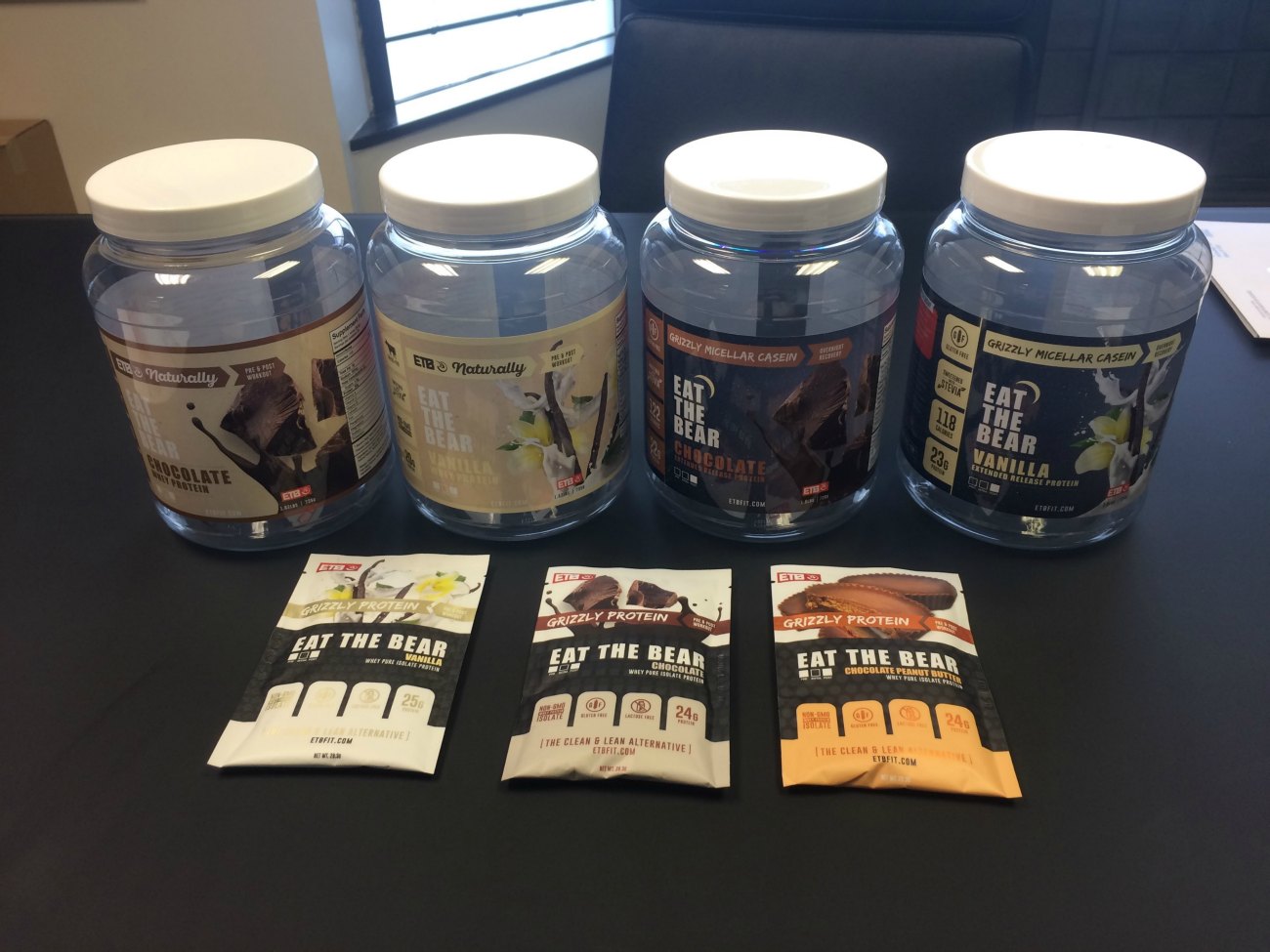 Unable to find a clean, effective protein supplement that met his needs, Jude Colangelo set out to create his own. It had to be high in protein, low in calories and free of sugar. Oh, and it needed to actually taste good.

From the start, his plan was simply to make a protein powder he liked for himself but once he nailed down his formula, demand for the product from friends and family snowballed into a full-blown business. And that’s how Eat the Bear was born.

ETB was founded in 2011, selling $20,000 of its signature cinnamon bun flavored protein powder in the first year thanks entirely to word-of-mouth marketing. But they’ve made much bigger strides over the last five years. According to COO Drew Gehringer, ETB did $1 million in sales last year and they’re projecting $5 million for 2016.

ETB is headquartered right here in Charlotte, independently owned and powered by a small 5-person team. The products themselves are manufactured in Pittsburgh. 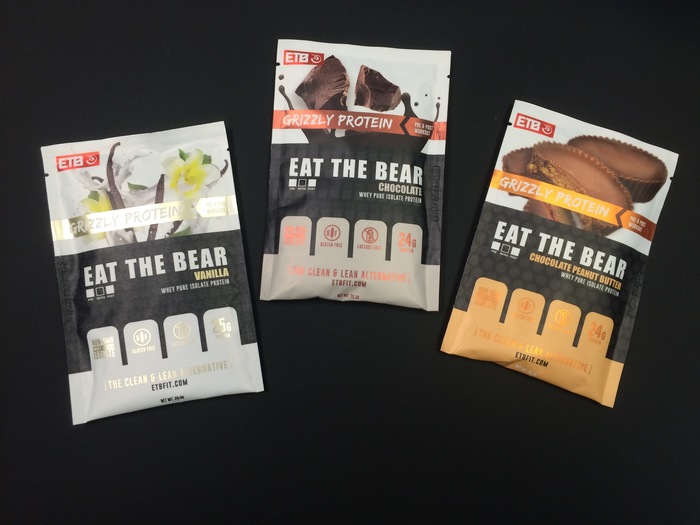 They also sell branched-chain amino acid powder, fat burners, multivitamins and other supplements. And people like the stuff. ETB protein powder has a 4.6-star rating on Amazon and a growing nationwide team of 130 ambassador athletes who endorse the product, including local trainer and CrossFit Games competitor Emily Breeze Ross Watson. 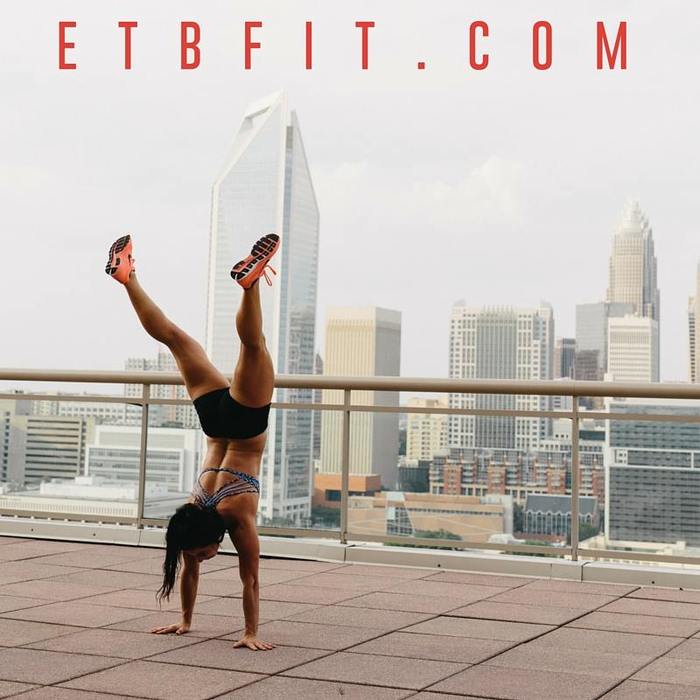 ETB products are available online and in 600 stores nationwide, and growing. They recently landed in 130 HEB stores, a Texas-based grocery retailer, and are testing in 30 Vitamin World stores with the possibility of expanding to 450. They’re also working through applications with Harris Teeter, Fresh Market and Whole Foods. 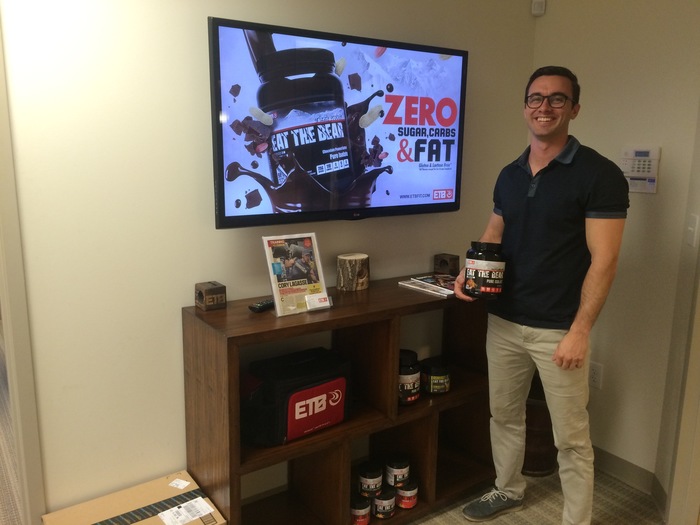 Gehringer is working hard to differentiate the ETB brand in the market by deliberately pivoting away from overly macho imagery and girls in bikinis towards messaging that resonates more with the everyday athlete. This video shot in Charlotte aims to broaden ETB’s reach beyond professional bodybuilders by featuring a dancer, recreational basketball player, surfer, swimmer and mom running with a stroller.

So what’s with the name?

“ETB stands for “Eat the Bear.” A work colleague of ours who was diagnosed with Leukemia a number of years ago used to remind us during challenging times that ‘Some days you eat the bear, and some days the bear eats you.’ As a constant reminder that we are in control of our lives personally, physically and professionally, we continually remind ourselves to ‘Eat the Bear’ every day without exception.” 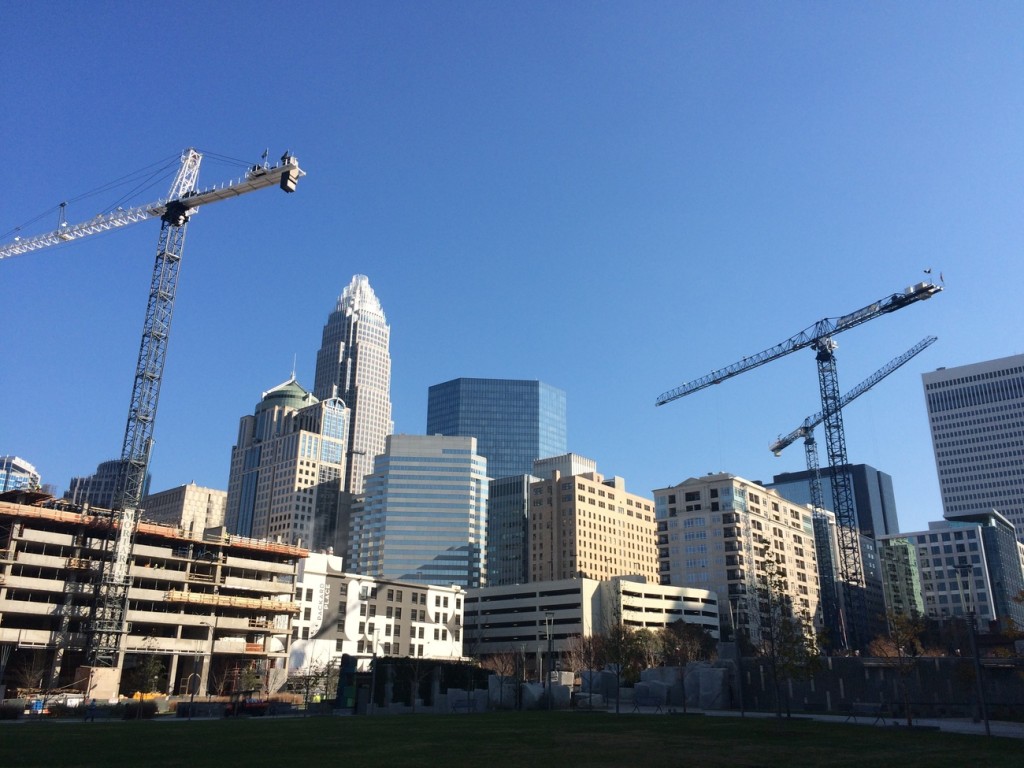 The custodians of Charlotte’s history have regrouped and strengthened