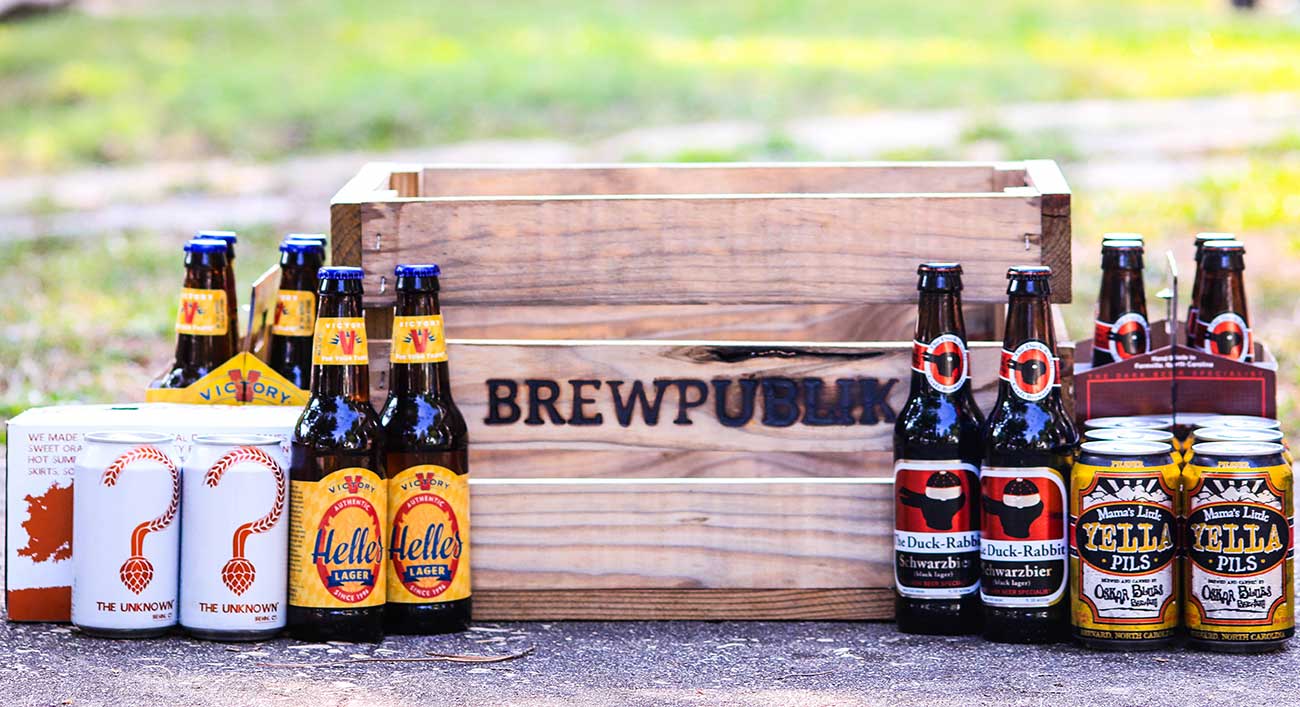 Note: Amish is founding partner of Charlotte venture capital firm SierraMaya360 and an investor and board member of Brewpublik.

What a great time to be a Charlottean. I began my week this Monday on MLK Day in Cleveland, of all places, for the Cavs/Golden State Warriors game, watching local Charlotte hero Steph Curry on the court while reading about the Panthers’ accomplishments bringing them just one win away from Super Bowl 50.

Here in Charlotte, we have the MVP of NBA and the NFL, and now we have another success story — Brewpublik’s own Charlie, Zach, Samantha and the rest of the team we have been so closely involved with since last summer.

Most of you have heard of all the local recognition Brewpublik’s awesome craft beer selection and delivery service has received lately, but you may not have heard that they were just selected to join the 500 Startups accelerator in San Fransisco. Let me explain what Brewpublik’s recent selection into the program means for them and or our city.

500 Startups is a global accelerator for startups. They have been around since 2010 with over $200 million under management across thousands of companies.

Of their 40+ total exits since their inception, six of them have been worth more than $100 million each. Of course, there are also tons of 500 Startups companies who are still private without an exit, located around the world from Berlin to Miami, San Francisco to New York and Asia.

500 Startups companies’ founders often have their roots from heavy hitters such as PayPal and Google, and they are well on their way to becoming unicorns ($1 billion+). Acceptance into 500 Startups is tougher than getting into Stanford or an Ivy League school whose acceptance rates range between 5% to 7% — 500 Startups accept less than 3% of applicants, instead falling between 2.2% to 2.8%.

The top three accelerator programs in the world are YCombinator (YC), 500 Startups and TechStars. And just like with college, you want to attend the one that you feel best fits your startup’s goals. Charlie/Zach/Samantha/I felt 500 Startups was the best fit based upon how they could help us scale city-to-city faster and expand into other markets quickly, starting with San Francisco. YC and Techsters were backups for Brewpublik. 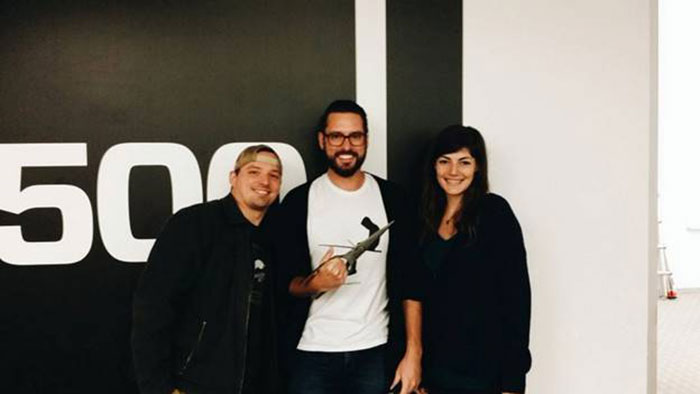 How the deal went down

At SierraMaya360, we invest in other markets and have invested in companies that have came out of YC, 500 Startups and Techstars. We have relationships with all three programs and other VC’s who have invested alongside of us, so we reached out to promote Brewpublik.

Just as a high school guidance counselor or coach would do for their players, we did the same for Brewpublik, educating the three accelerators on the space, team, potential, growth, etc. It’s no different than an alumni acting as a reference for a young student, or a professional athlete giving their alma mater validation by vouching for a young player in the recruiting process.

Direct connections from a position of strength will get you noticed, so we called on several veteran 500 Startups companies in our portfolio to speak with Charlie and provide a recommendation to the admissions office.

Primarily, what 500 Startups looks for is steady growth, a minimum of 20% month over month with a hockey stick type of growth, big markets where you’re solving a problem, and a team that’s passionate, hungry and hustles.

Well, if you’ve been around the Brewpublik team enough, you know they are a great fit on all points. But 500 Startups still had to do due diligence by peppering Brewpublik with questions near year-end, challenging the team on every facet of their business model.

I remember talking to Charlie, Zach and Samantha on New Year’s weekend, then sitting down with Jeff Brokaw and John Brock from my team for two hours evaluating pros and cons, still not knowing if they would get in.

Within two weeks their whole world would be different if they got in, but they were also prepared to continue on without 500 Startups; they were heading to Nashville in a few days after a record December in sales.

We were still going to crush it, but we all felt 500 Startups would be a great personal experience for their growth to scale faster into 10 new markets in 2016, while also being great for the city of Charlotte.

That Monday we still didn’t hear anything and I knew it was driving Charlie and the team crazy, so I had to do what every VC should do to help their portfolio companies. Since we all felt we were close to getting in, I thought we needed one final push; I sent the email below to the 500 Startups decision maker by being transparent and letting him know the sense of urgency. 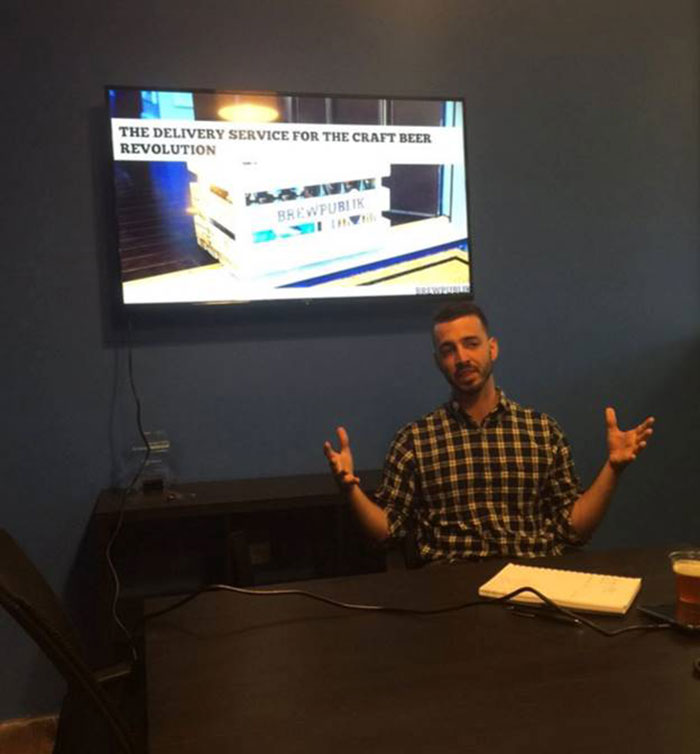 Hope you had a Happy New Year and good weekend. I was just checking in to see if you guys made a decision on Brewpublik yet. I met with the team SAT for 2.5 hrs and went over 2015 and plans for 2016. We did a “if we get into 500 and go” pro/con’s and also if we don’t go plans.

I have them speaking with TOP VC’s in NY, SF, Boston XXXX, XXXXXX- VC (NY metro area), XXXXXX in Raleigh in person and also XXXXX from Shark Tank who wants in all this week. I’m sure you’ve heard/or know of them all. I’m trying to figure out if we should close the round then reopen at a higher valuation based on Dec 84k sales, 60k+ MRR and opening up Nashville this month then plotting into CA, NY, MA, IL(Chic), Austin(TX) etc etc.

All good problems to have and I want them to scale fast/furious and they are ready! You can ask Armando (Adespresso) or Sean (Dealflicks) or Ben from (Privy) all our portfolio companies as a reference, I’m pretty tough so when I see a solid team, traction, growth that I’ve seen go from zero to what they have in 12 months is exciting. I made the recommendation for them to go to 500 so we can launch in other cities faster and even Globally from Berlin, London SE ASIA, etc.

Anyways, if you have any indication please let me know. I’m fine keeping my mouth shut as well if we want to keep this between us til you reach out to them but just trying to figure things out for them so they crush it in 2016.

The morning after my message, I received a text from Charlie that said, “I heard back from 500. Thanks for all the help, talk later, Charlie.”

I felt, oh man, after everything we did and how bad they wanted to go, they didn’t get in. I tried calling Charlie but he was in a meeting. I called Jeff Brokaw on my team and told him about the cryptic message.

Jeff was on his way to our office at the N.C. Music Factory which is next to Brewpublik’s offices; he said he’d check in and find out. Like a stalker I texted, emailed and called Charlie.

When I finally spoke with him he said they got in! I jumped off my chair in excitement for him and all of Brewpublik and told him that we need a gag order in place to keep it quiet.

We still had investors to close and wanted to do it right with PR and take advantage of this huge win for Brewpublik.

This meant in less than two weeks they had to find a place to relocate in San Fransisco, pack their bags, say goodbye to friends, family, find a place to live, etc. They needed to make sure the team is well positioned to handle Charlotte, Raleigh and continue that success and momentum while the rest work on opening up San Francisco, learn from the heavyweights in Silicon Valley and get ready to scale into other markets.

The good news for them is the team is so solid, and under Charlie’s leadership they have been doing great and are ready for this big opportunity. We have a ton of connections and a partner who is out there that can help them become even more successful. They will also get $125,000 in funding while they are in San Fransisco for four months until demo day in May.

What does this mean for the Charlotte startup ecosystem?

Unfortunately, no Charlotte company had ever been accepted to YCombinator, 500 Startups or Techstars. Brewpublik is the first.

Charlie will tell you we played a large role as their VC helping them get in without having to even fill out an application. This is the type of effort it’s going to take, not just from SierraMaya360 and Brewpublik, but from everyone in the Charlotte community to stick together and get behind our startups.

We’re fortunate to have an awesome Chamber of Commerce where Keva Walton, Rod Garvin, Lauren Layne, Natalie Dick and Bob Morgan have all embraced Brewpublik. They helped put together a press conference at the Charlotte Chamber on January 20 celebrating their success and are also committed to helping all Charlotte entrepreneurs. We look forward to doing big things together.

I’m confident this will be the spark to start the fire of future startups coming out of Charlotte. It’s been our personal mission at SierraMaya360 to help startups like Brewpublik compete on the national level and this is just the beginning as our city makes their move to be one of the top startup ecosystems in the U.S., as well as a great place to live. Congrats to Charlie, Zach, Samantha, David, Jill, Neil and the rest of the Brewpublik team. Represent us well in Silicon Valley. 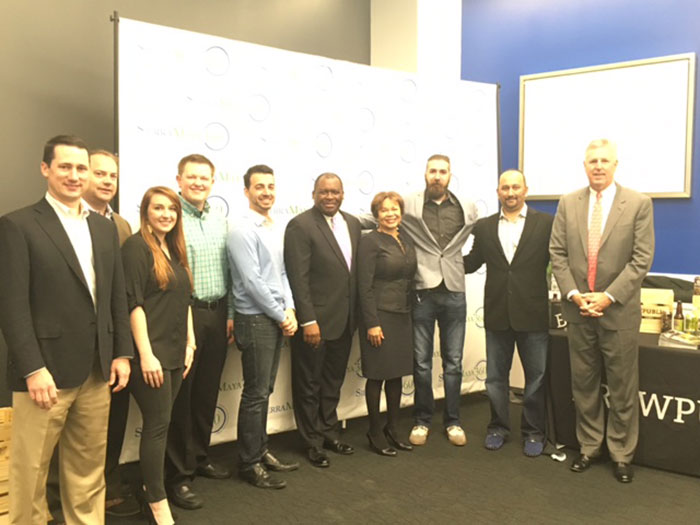 The thrill of dancing to the song “Hello, Dolly!” with a man with dementia