I quit my job to Agenda full time 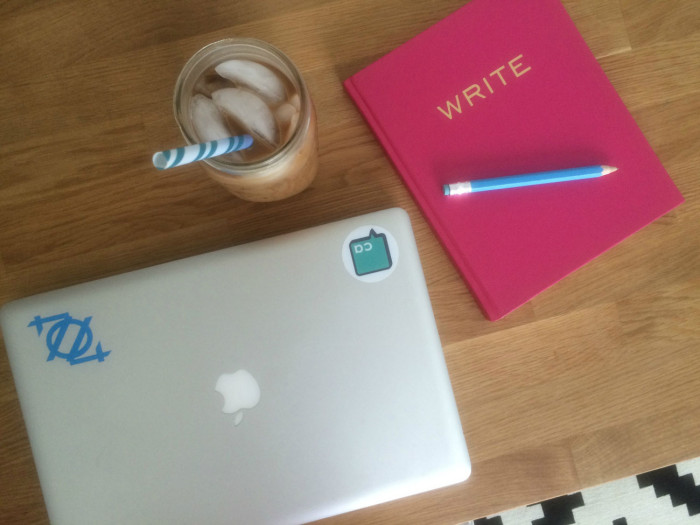 I quit my job last week to work full time with Ted to build the Axios Charlotte brand and business. It has been a fast and furious few weeks (not without meticulous mental, emotional and financial calculation) and as of last Wednesday, I am a Axios Charlotte investor and co-owner and have some serious explaining to do.

My decision to leave my job was a slow, painful burn that ended in a sudden explosion of torched bridges, no doubt incinerated beyond repair. In a confusing moment of severe miscommunication, I fumbled my final goodbye and made an uncharacteristically graceless exit for which I will assume exactly 50% of the blame (maybe 60). It was agonizing and uncomfortable and weird and there’s nothing I can do about it now so forward, I decided, is the best and only direction left to go.

So that’s where we’re going here–full steam ahead. Last Wednesday I walked out of the office, into my car and straight to our temporary Agenda headquarters to watch Ted draw out big visions on a whiteboard like the brilliant media mad scientist that he is. Not a beat was skipped. It’s exciting.

We’re admittedly a pretty weird team. He’s a Brooks Brothers-wearing golfer dad who hates live music (because it’s loud) and ate two pounds of meat on Saturday. I’m a tree-hugging stray-cat-collecting hippie yoga teacher who only wears recycled clothes and hasn’t consumed an animal in 15 years. Our professional skillsets are equally as varied and that, we think, makes us a pretty dangerous pair. For me personally, this is an exciting time. I’m two months from 30 (pumped about it), doing what I love and making unapologetically selfish decisions to ensure that I’m building and financing a life I actually want to live for another 30 years and then another 30 after that. That is incredibly validating.

Ted calls this a risky decision for me, and I’d say it is for both of us. He has a new baby and a family to build. I left a sweet gig and almost certain financial freedom. There is no Plan B for either of us and I guess that’s supposed to be scary but it’s just not. I think a far weightier decision and riskier choice is the one where you trade in your authentic, messy, recklessly joyous life for a steady, predictable paycheck and the promise of a big future payout. Sometimes the safer bet is the scarier outcome and that is why I quit my job.