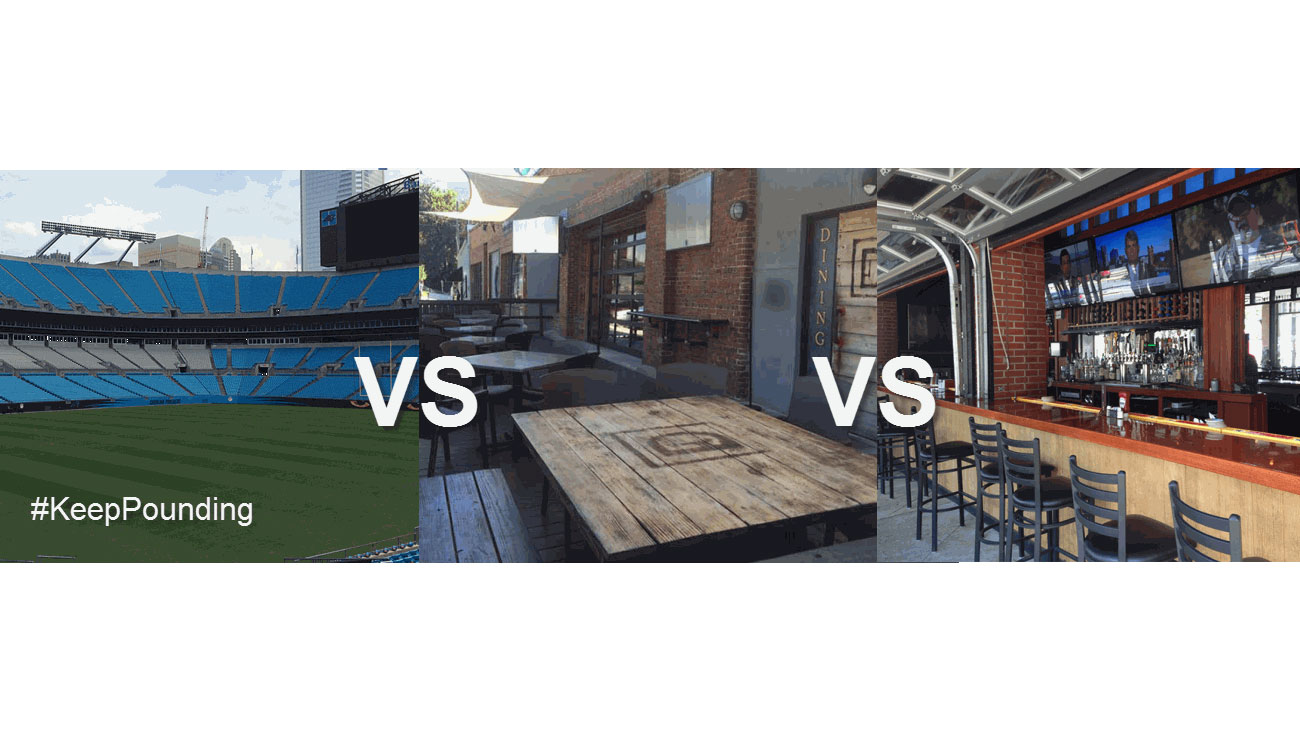 Psyched about Sunday’s Panthers game? Me too! But with great excitement comes great responsibility, and one decision should be weighing heavily on your Greg Olsen-jersey-clad shoulders: What should your plans be for watching the game? Let’s review your options.

Attend the game in person

If you’re one of the lucky few who were able to get tickets at face value, congratulations. That’s the best case scenario. If you went through the secondary market and paid a premium for tickets then you’re in a bit of a pickle. If the Panthers win, you probably blew through your January discretionary budget on these tickets and won’t be able to pony up for the NFC Championship game, which will also be at The Bank. If they lose, then you paid a 120% premium to feel like pile of wet, depressed garbage. It’s a real catch-22.

Watch at home with friends and/or family

This is fine for the regular season. But just like an actual NFL team, the approach should be totally different in the playoffs. Even if you are hosting or attending a watch party at someone’s house, you aren’t making the most of the playoff atmosphere. One of the greatest things about playoff sports is how it brings together a community to rally around a common cause. If your plans for watching the game are just to hang out with a bunch of people you already know, then you’re depriving of yourself of one of life’s simple joys; high-fiving and hugging a total stranger after a big play for your mutual favorite team.

Watch at a sports bar

For the Divisional Playoffs, this is the right move if you can’t make it inside the stadium. If I was your life coach*, I would recommend planning to attend a tailgate in the morning to soak up as much of the playoff atmosphere as possible, then around noon head to one of the below bars to watch the game with your fellow Panthers fans and buckle up to enjoy the roller coaster of playoff football as a group of Charlotteans, dabbing in unison**. But where specifically should you go? You can’t go wrong with any of these: 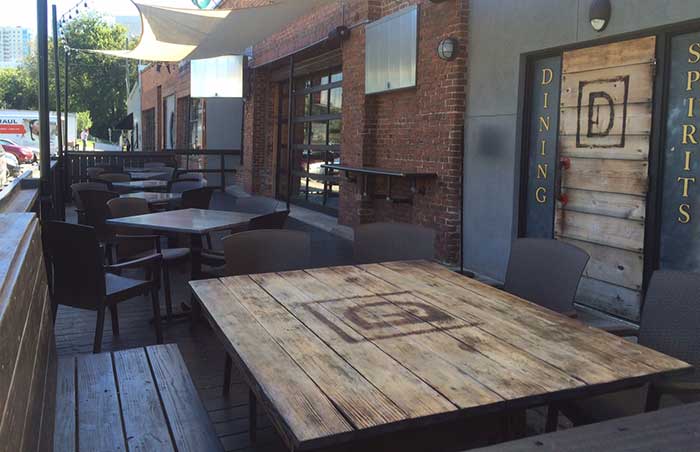 Get here early, this place will be “lit”, as all the kids said in 2015. Draught sits in the shadow of the stadium and is the second-best option to being inside. It is sure to be crowded, so plan on showing up early if you want to get a reasonable seat. But then again, it’s the playoffs, so you should probably plan on being on your feet for three hours anyway. 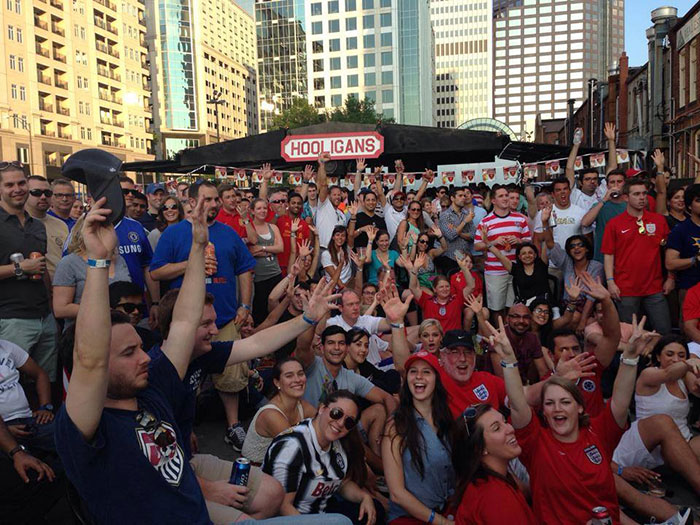 If you’re Uptown flitting from tailgate to tailgate like the social butterfly you are, then Hooligan’s should be very high on your radar. Man, do I love this place. Great beer, cozy atmosphere, very knowledgeable sports patrons. Also, if you ever want to be hailed as a hero to your hungry friends who are three beers deep, walking across Brevard Court to Queen City Beer and Chili and returning with their Chili Cheese Nachos will put you on Friendship Mount Olympus. 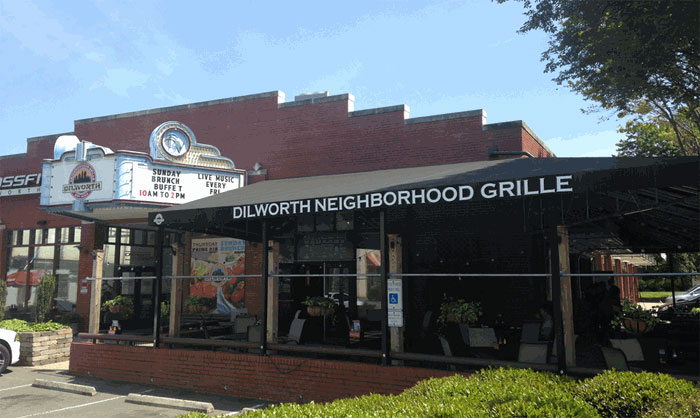 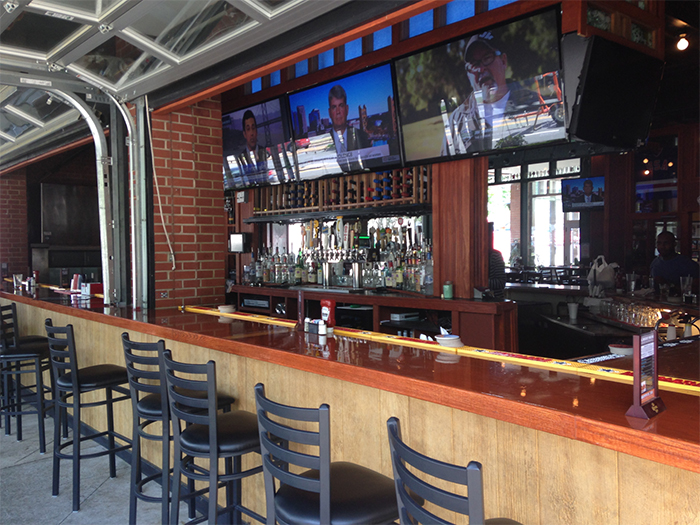 While not in Uptown, the setup at DNG is just too sweet to not be high on this list. It’s the official home of the Queen City Riot and it has a shuttle to and from the game. You can technically walk there from the stadium which apparently Ted has done, but that seems like a giant waste of time. The food is great, and you can count on a great atmosphere. If you aren’t planning on making it into Uptown prior to the game to check out the tailgate scene and want to watch the game somewhere but still avoid game traffic in Uptown, this gets my vote for your best option. 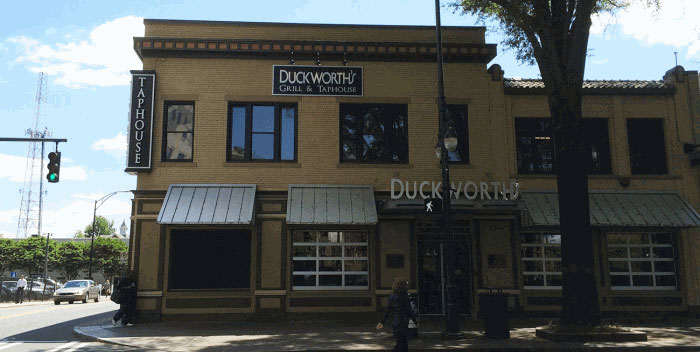 So many TVs. Beer menus on tablets. It’s like a bar from the Jetsons. Owing to its location on the other side of Uptown from the stadium, this is a great option if you’d like the experience of being around the atmosphere but want to hedge your bet to avoid getting stuck in traffic. Park in that lot next to Duckworth’s, walk toward the stadium to soak up that atmosphere, then return to Duckworth’s for kickoff. When it’s time to leave you’re right on 7th and Tryon and can shoot down 7th or hop on 277 to start your journey home while everyone else is walking to their cars to wait in traffic. 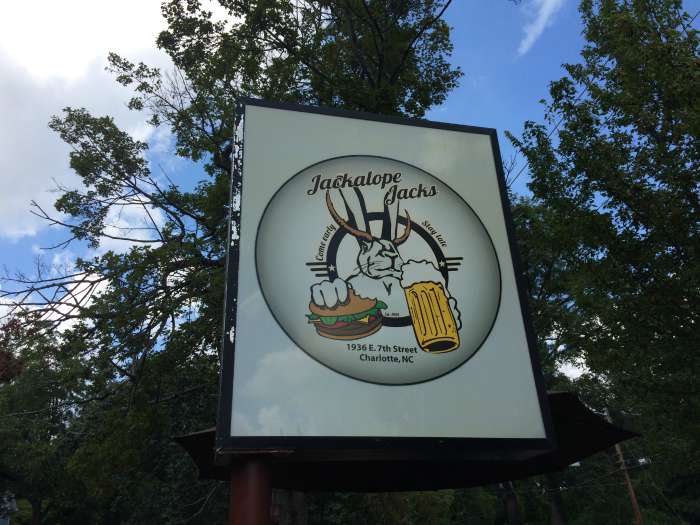 There is a very solid chance this is where I’ll be for the game. As I’ve written before, they’ve got pool, pop-a-shot basketball and skee-ball to calm your nerves during halftime and commercial breaks, plus covered outdoor space so you can feel the brisk winter chill on your cheeks. They also have $1 mimosas and $1 stack of pancakes promotions for those of you in Panthers gear. That is tough to beat.

Another reason to watch this game at Jack’s is that this is quite possibly the last time ever you’ll be able to watch a Panthers playoff game here. Is it me or did it just get a little dusty in here?

*and I should be

**on second thought, don’t dab. That ship has sailed. 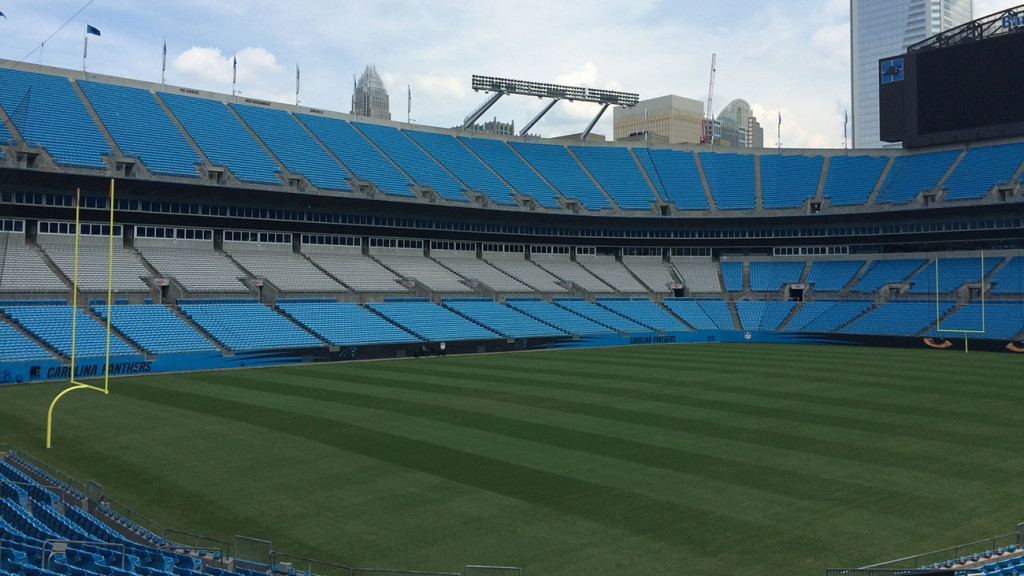 Panthers fashion: What to expect to see in the bleachers Sunday