Tuesday night, President Obama teased his final State of the Union address using a Facebook livesteam. It wasn’t his first social livestream and it wasn’t unusual given the White House’s smart social strategy and proficiency on platforms like Facebook, Snapchat, Twitter and even Tumblr.

This shift in how we consume information is nothing new. We’re used to bypassing the big, expensive production costs of broadcast and print in favor of the direct line of contact in the palm of our hands. Most of you reading this (and those of us producing it) have grown up in this digital world. What’s changing quickly, though, is who’s producing the content we consume in this space and where they’re distributing it. On the national stage, established media giants like The Wall Street Journal, ESPN, CNN and National Geographic have jumped on the Snapchat bandwagon (and are producing solid content). Facebook rolled out Instant Articles to allow media outlets to publish directly in their platform. And Twitter is talking about expanding its character limit to 10,000 so content can live in their app rather than link out to another site.

Meanwhile back in Charlotte we’re seeing similar shifts on a smaller scale. Instagram influencers are paid to sponsor brands. Blog ads are some of the best media buys. Big established guys are moving into new social territory. And the audience is hungry for more content, closer to home and across more channels than ever before. It’s a fun time.

Things I learned from growing an Instagram following to almost 15K [Brown]
Rachel, better known as @queencitychic, has built an impressive online following by sharing her love of all things Charlotte on Instagram and on her blog. She’s definitely an influential voice in town and is poised to take her brand further. While she says success is her only option in this online arena, exactly how she (and the market) define that success in this nebulous world of new media is unclear. Is it more followers? More fans stopping her on the street? Or more money? No doubt all of the above.

Panthers’ Spanish-language radio broadcast team enjoying the ride [Gassaway]
You might not know Jaime Moreno and his nephew Luis Moreno Jr. but I bet you’ve seen a viral clip of their play-by-play of Cam Newton’s epic flip into the end zone against the Houston Texans. That clip has been seen over a million times and landed the local sportscasters on ESPN. Both are Mexico natives and Jaime has been covering the Panthers since their inaugural season. Great guys, great story.

South End will give out money to help keep the neighborhood interesting [Dunn]
Microgrants of up to $1,000 will be distributed to people with winning ideas for projects that add to or retain the neighborhood’s charm. These would be things like the “Before I Die” wall, an urban garden or a pop-up event. You have until March 31 to submit your proposal.

Food Diary: What 16 Charlotte fitness professional eat in a day [Levans]
Local trainers and coaches weigh in on how they fuel their workouts, where they eat out in Charlotte and why they eat the way they do. This will either inspire you, make you feel bad about yourself or send you running straight to Duck Donuts. I can’t tell.

Here’s how to experience The Cellar at Duckworth’s [Williams]
Ted broke out his camel hair blazer for a boys’ night out and has prepared a detailed recap. I wish I had a Ted-narrated H1 header-style step-by-step tutorial for all of life just to see how far he’s willing to go on these explainers. In short: Go to The Cellar. Don’t go alone. Eat $9 french fries. Drink a lot of drinks. Tell everyone about The Cellar.

Agenda Weekender: 17 things to do this weekend (January 15 – 17) [L. Williams]
The Panthers playoff weekend kicks off with a pep rally at the EpiCentre Friday night. Breakfast is back at Good Bottle on Saturday morning with thick French toast and beermosas. And the Levine Museum of the New South kicks of two days of MLK special programs on Sunday. Oh, and there’s a little football game on Sunday too. Perhaps you’ve heard of it.

Here’s how to get involved and help out on the Dr. Martin Luther King, Jr. Day of Service on January 16 [Wilhide]
Hands on Charlotte and the city of Charlotte have created a series of family-friendly volunteer opportunities at East Mecklenburg High School and the Military Global Leadership Academy at Marie G. Davis. You can visit either location to help wrap children’s toys, sort nails for Habitat for Humanity, make Valentine’s Day candygrams for kids, donate blood and more. Drop-ins are welcome but RSVPs are appreciated.

Startup: How Axios Charlotte does business and how it launched [Williams/Bank of America]
This will be a regular series featuring local startups and we decided to jump in first to get the ball rolling. Take a look under the Agenda’s hood to see how we got started, why we do what we do and where we’re headed. We’re covering everything from our funding and business model to the tools we use every day and some of the growing pains we’ve felt over the last 9 months.

10 Charlotte projects are finalists in the national Knight Foundation contest [Observer]. They’re among 158 finalists nationwide who will compete to win part of $5 million in prizes.

Comida is targeting a February opening in Plaza Midwood [Thomas/CBJ]. The Mexican-inspired restaurant will be taking over the old Penguin Drive-In on Thomas Avenue. Owner Alesha Sin Vanata opened Littlespoon in 2014.

Playoff pep rally scheduled for Friday night [Full House Productions]. The celebration will take place at Rooftop 210 at the EpiCentre and will include appearances by the Topcat Cheerleaders, Panthers Purrcussion Band and former players. Tickets are $10.

Whisky River hosting Seahawks fan rally on Saturday [Meetup]. Carolina Seahawks fans (mostly people born in Seattle who have since relocated) have claimed a spot to gather for the game this weekend.

The Boulevard at South End’s old shop space will now be… [Peralta/Observer]. Drum roll, please. A tile and countertop showroom. 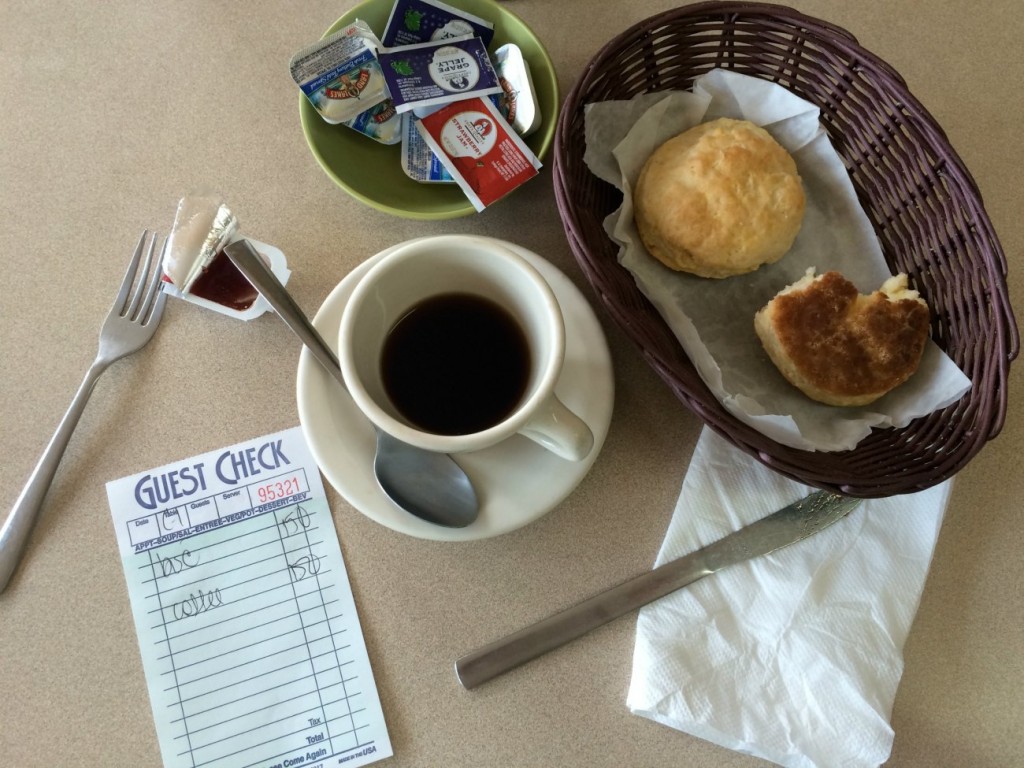