Unsolved Charlotte crimes worthy of their own podcasts 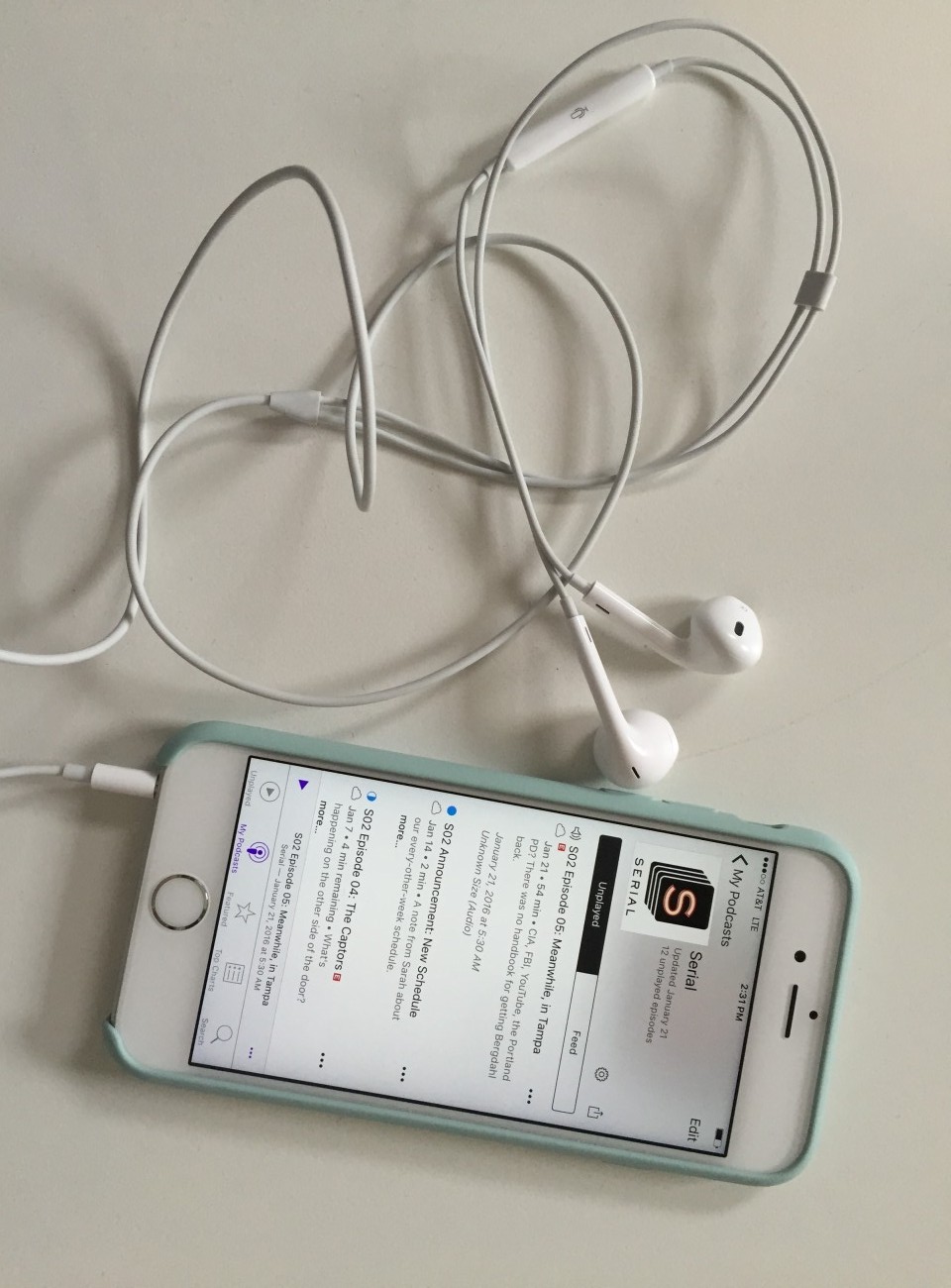 Until last year, I wasn’t a fan of podcasts because I’d never tried them. Anytime someone brought them up, the inside of my head started sounding a lot like this:

“Why would I want to spend any amount of time listening to someone have a one-sided conversation with me?”

“Oh, some are recorded round-table discussions? Okay, why would I want to spend any amount of time listening to people have a conversation that I can’t join in? It’d be like high school lunch all over again.”

I was absolutely judging a(n audio) book by its cover because after months of having Serial shoved down my throat, I finally tried it and was immediately hooked.

For months, I was the girl in the gym that was having a conversation with her headphones (constantly saying things like “That makes sense,” “Oh, good point, Sarah,” and “Poor Hae Min Lee”) and driving around the block until the episode was done. I was hooked.

Season two recently launched and it’s gone in a totally different direction than season one; instead of focusing on an unsolved murder, it’s diving into the Bowe Bergdahl case and how leaving his post caused him to be captured and held by the Taliban for five years.

But I miss trying to help Sarah Koenig solve a murder.

So I did some digging, and Charlotte’s got plenty of murders that a podcast could set out to solve (cough Sarah Koenig cough). Not to get too true-crime-y, but these stories are fascinating.

In February 2000, 9-year old Asha Degree was tucked into her bed by her parents and checked on again at 2:30 a.m. She was asleep in her bed.

But at some point, Asha left her house by her own free will with her backpack – even taking care to lock the door behind her – and took off walking down N.C. 18, where she was spotted at 3:30 a.m. and again at 4:15 a.m. by truck drivers.

Three days after she disappeared, a few items from her backpack (a pencil, marker, and Mickey Mouse bow) were found in the doorway of a tool shed just over a mile from her house. A year and a half later, the backpack filled with the rest of her belongings was found double-wrapped in black trashbags and buried more than 26 miles away from her home on N.C. 18 – in the opposite way than in which she’d been walking.

George Cutter, a millionaire Charlotte real-estate agent, husband and father of four, began an affair with Delette Nelcum in 1948.

Despite the relationship beginning to go south around 1961, they continued seeing each other and drove out to a sort of bachelor pad bus, complete with a bar and bed, that George had bought years before. He left after she fell asleep, but returned out of concern of her being in such a remote spot only to find her beaten to death and covered in more than 200 bruises.

For reasons unknown, he enlisted the help of Delette’s son, Ricky, who took the body home and called the police. George hung around (presumably to make sure Ricky got the story right and to have an alibi), but police weren’t buying his story and charged him with the murder of his mistress.

Multiple witnesses, including Delette’s son and maid, attested to the fact that George kept Delette in the bus and killed her. After two days of testimony and a five-hour cross-examination, he was found innocent.

If the ruling doesn’t make you scratch your head, consider this: How and why did the lover of a teenage boy’s mother convince him to help hide the body?

Denise was the manager of Yorktown Apartments on Tyvola Road who never returned from showing a unit to prospective tenants in the summer of 1975.

Here’s where it gets weird: When authorities checked her house, there were no signs of forced entry or of a struggle. It’s almost like she decided to simply walk away, leaving everything from her purse and keys to her car. Or she just never came home.

In 1982, her family pronounced her dead, and just a few years later, Larry Gene Bell was accused of Porch’s murder. He had been found guilty of murdering two other women who were, physically, similar to Porch, and accused of a handful of others.

Bell maintained his innocence, which is strange for two reasons, the first being that if he was a serial killer (which, for all intents and purposes, he was on his way to being), another victim would be something to brag about. Secondly, he could have used what he did know as bargaining chips that could have helped save his life (he was put to death in 1996).

So what sense does it make, then, for him not to admit the murder of Denise Porch? And if he didn’t do it, then 40 years later we’re still asking: who did, and where is the body?

In a word, Ella May Wiggins was a 1920s rockstar. Not because she was a singer, but because she championed for all things equal, including equal pay for women and children and bringing white and black workers together in one union.

She became well known throughout Gaston County, and in her spare time, she was a volunteer bookkeeper who spoke at rallies and in front of congress all while raising her five children alone.

In September of 1929, she was one of 22 union members on their way to a committee meeting when their truck was mobbed by non-union sympathizers. Wiggins and others escaped, but five miles down the road were stopped by armed men. She was shot and killed.

Seven men were originally charged with manslaughter, but by the time of trial, three had their charges dropped and one more, a police officer by the name of Wheelus, was charged.

Wheelus was pointed out and accused by some of the key witnesses, but after 29 testimonies and 30 minutes of deliberation, the case was closed and no one was named guilty.

John and Annie Starnes, an elderly couple from Rutherford County, decided to move to Charlotte in the late 1940s, where they worked at their Pilot Restaurant until retirement in the mid-1950s.

Soon after, other residents and business owners noticed that the couple hadn’t been seen for a couple of days and when they couldn’t get them to open their door, called the CMPD. What they found inside was beyond gruesome: both John and Annie, in their master bedroom, with stab wounds and blood on the walls and door frames that suggested a violent struggle. They’d been there for two days.

Around the same time, there’d been two similar murders in Virginia. When the CMPD interviewed suspect Luther Durham Jr. of Guilford County, he told them that he’d been with Alice Fritz at the time. The couple was traveling with her sister, Myrtle, and stepfather, George, when they ran into car trouble. Durham dropped the three of them off at the Starnes’ house, whom George claimed to know and could maybe get help from, while he went to a service station.

He claimed to have seen John open the door for George and his daughters, which raises the question: Did the three of them beat and stab the Starneses, with Durham responsible for their getaway, or was it Durham who was responsible for it all?

As Alice Fritz and her family were dead as of 2002, and despite rumors of Durham having passed away as well (although there is no listing in the Social Security Death Index or any obituary), these questions may go forever unanswered.

I practically grew up hearing this story and to this day, it still gives me chills.

After attending a Dane Cook standup show, Kyle Fleischmann headed to Buckhead Saloon in Uptown with a handful of his friends. It’s not clear if they got separated or Kyle simply decided his night wasn’t over, but around 1 a.m., he stayed at the bar while his friends hailed cabs home.

We know this was his next stop – an employee remembered taking his order of two everything slices, which Kyle’s father says confirms it was indeed his son. While he was there, he made a handful of phone calls: one at 2:42 a.m. to a business he’d visited earlier that day, one to his voicemail, and one to his father’s office phone, which was sent to voicemail. He tried his father’s phone three more times in the next 15 minutes.

At 3:28 a.m., Kyle phones his best friend, but this phone call only lasts four seconds. Less than a minute later, he tries to get a hold of his roommate, but this call lasts about the same amount of time – 6 seconds.

He never tried to leave messages.

The Fuel Pizza employee doesn’t remember him leaving, but a cab driver saw a man believed to be Kyle walking down North Davidson toward the railroad tracks near Hunter Wrecker Service around 3:25 a.m. This checks out – records show that Kyle’s cell phone hit a tower close to North Davidson at 3:28 a.m.

And then he vanished into thin air. No other phone calls were made after this point (presumably because the phone died or he turned it off), and his bank accounts have been inactive ever since.

This one is one of the scariest things I’ve ever heard, but not because it’s a gory, grisly story, but rather because there are no clues. The city searched for weeks on end and never found so much as a trace of where Kyle went or what happened to him. He simply vanished. And that’s terrifying.

Alright, Sarah Koenig (or just Charlotte). I’ve got my headphones in. I want to hear what you have to say. 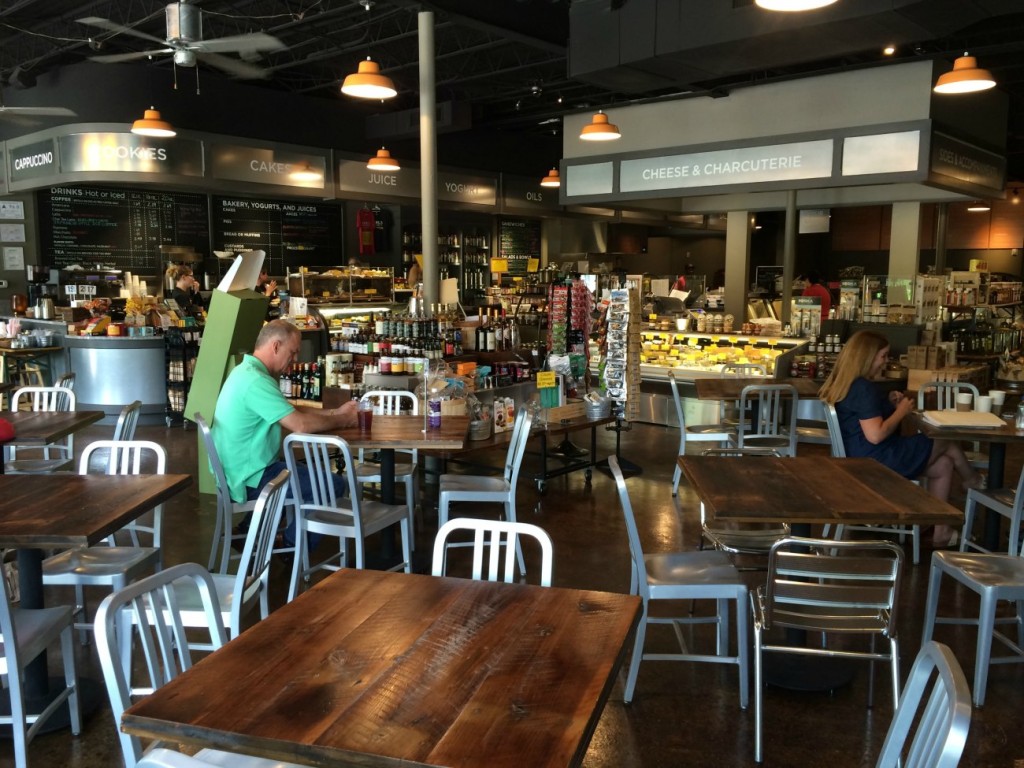 My official “you should move to Charlotte” weekend itinerary