Bob Peters and The Punch Room: What’s next? 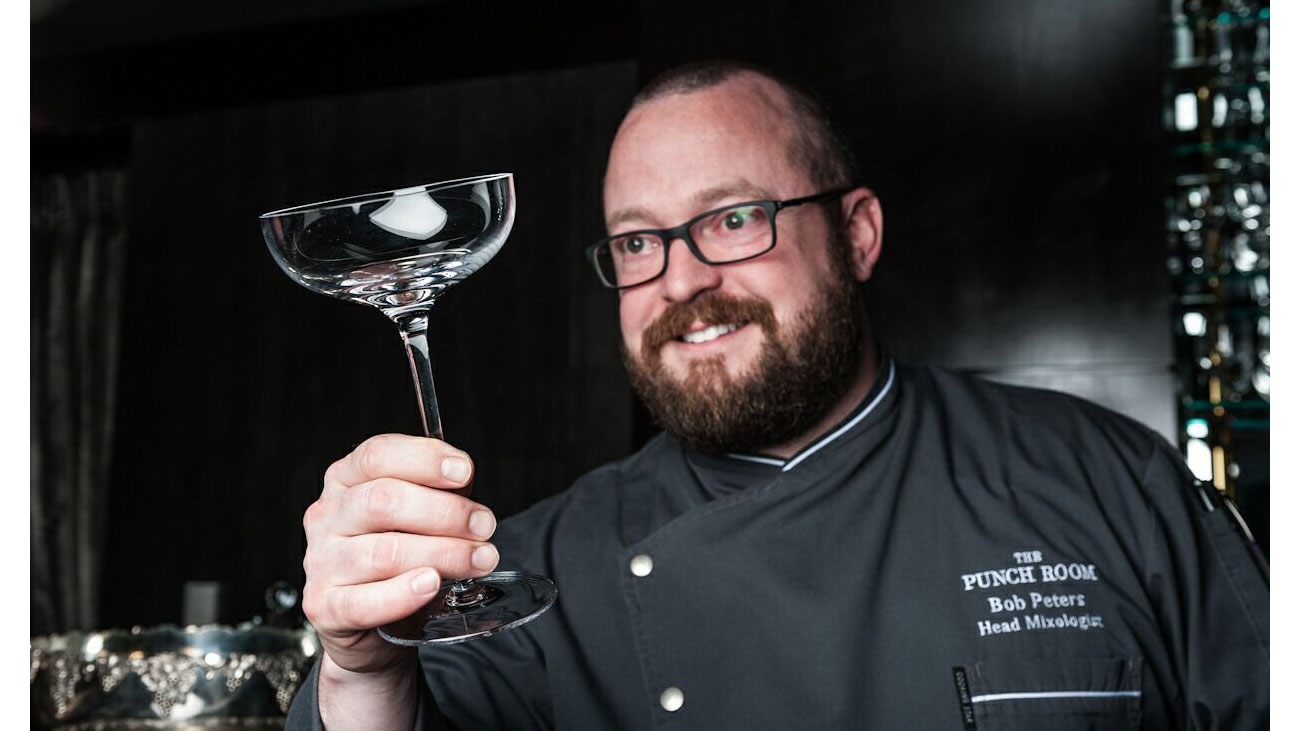 I’ll never look at a bar the same way again.

Okay, that’s a little dramatic. But spend one evening at The Punch Room sipping on incredible cocktails, and you’ll see what I mean.

On my quest to learn more about this gem and the mastermind behind the bar, I rolled up to the doors in my glamour-less, embarrassingly dirty car, wondering, “Do I belong here?”

And as soon as I rode up the elevator to the 15th floor of The Ritz-Carlton and entered the dark doors, I realized, yes, I do belong here. Because everyone should experience this place at least once. 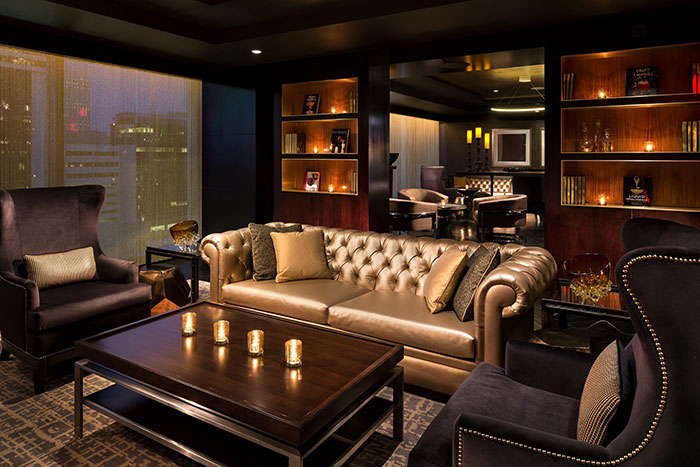 The décor is beautiful, from the gold couches to the marble bar to the tall-back chairs. Everything, even the various cocktail glasses, was clearly chosen with purpose to make the drinking experience as memorable as possible.

While The Punch Room is just under a year old (opened February 14, 2015), this unique bar has established quite a following through word of mouth. The whole place only seats 37 guests, and the actual bar top, with its four chairs, is home to “the best seat in the house.” The menu offers a variety of amazingly tasty punches, including a special “punch of the day,” along with signature and seasonal cocktails, wine, and local craft beer. 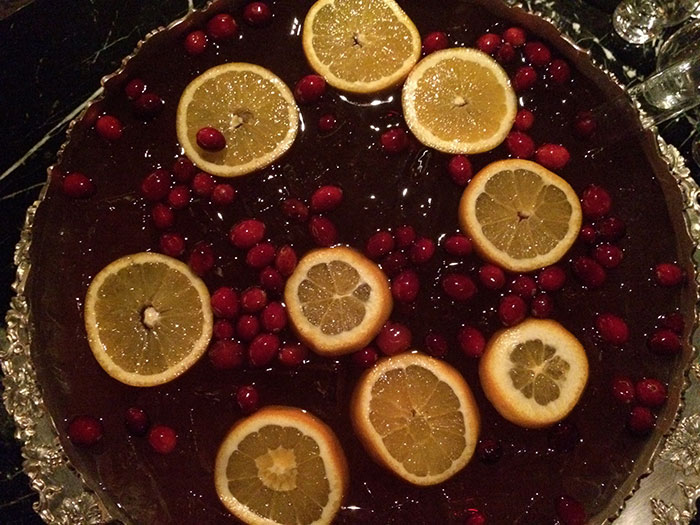 The Punch Room thrives on the leadership of mixologist Bob Peters, a local who has been bartending for over 20 years with no formal schooling on the subject. The buzz surrounding Bob is too loud to ignore. Just ask his 28,000 Instagram followers.

This guy is doing it big, and more importantly, doing it right. So I sat down with him to find out what’s next for Bob and The Punch Room as they enter their second year of business. “We’d really like the make The Punch Room a destination for people outside of Charlotte to come into Charlotte for,” said Bob. Here’s how. 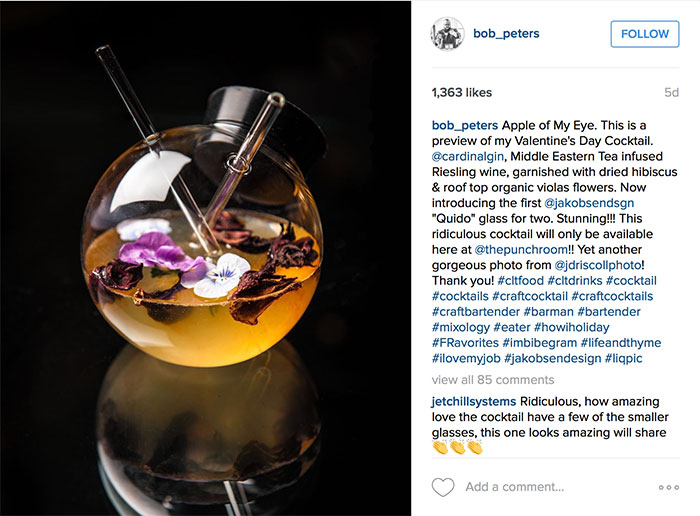 As you may or may not know, Bob hopes to be nominated for a James Beard Award. While he’s had his eye on the prize for several years, he realizes that a win would mean great things for the Queen City.

“For Charlotte, that’s what it’s for,” said Bob. “It would be great for me, but it would change Charlotte.”

Note that no one in Charlotte has been awarded the elusive honor thus far, and Bob knows the title would bring this city the attention it deserves. Results are announced in mid- to late-March. Stay tuned. 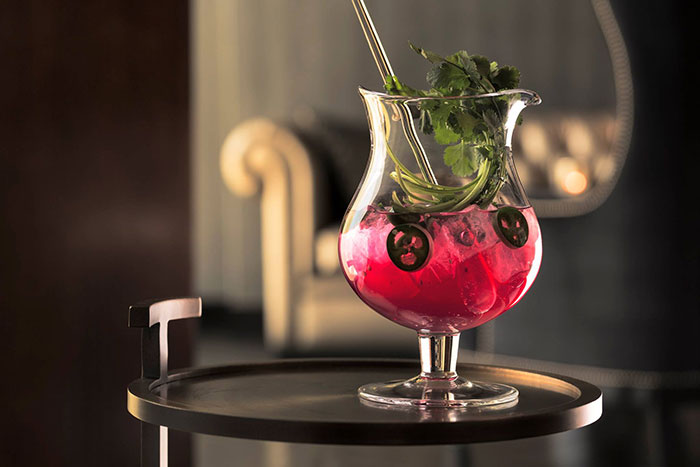 Regardless of the results, Bob Peters will be mixing cocktails at the James Beard House in New York City on April 16, 2015, paired with food prepared by four equally talented Charlotte chefs. (So… Can I join?)

This “Taste of Charlotte” event is absolutely huge for the culinary reputation of this city. Expect even more praise for Bob and The Punch Room after the showcase.

Although we’d all love for Bob to available at all times, this isn’t the case. That’s why he’s hiring an apprentice.

“I want to make sure that at any point that I am not here, that I can leave this place in super capable hands,” said Bob.

Necessary qualities included “passionate” and “hard-working.” He also had his eyes open for a female bartender who was from “Charlotte-ish.” After résumé screening and a few trial runs, he’s found the one. And she’ll know soon enough. This will mean more flexibility for Bob, as he’s sometimes out of town for Ritz-related business. 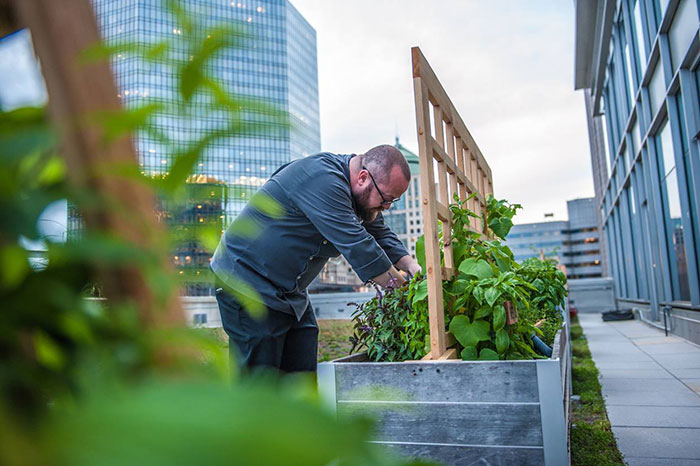 Bet you didn’t know (neither did I): There’s a garden on the roof of the Ritz-Carlton, and it contains all kinds of ingredients used by both the kitchen and by our cocktail king. Bob’s expecting the garden to expand about four times its size this year, making it almost stretch across the entire roof.

The winter greens currently occupying the space are accompanied by sleeping bees, maintained by Cloister Honey. In the spring, expect to find cocktails crafted with fresh mint, jalapenos, lemongrass and gorgeous flowers. This garden at arm’s length takes the meaning of “hyper-local” to a whole new level.

“We’re trying to change the ordering experience for everybody,” said Bob. To do so, he plans to record videos of his cocktail creation process to give guests an extra peek into the science behind it. From picking the precise elements from the roof garden to actually crafting the drink, you can watch it all on an iPad before making your choice. He’s expecting this to roll out spring 2016.

As I got up from the best seat in the house and made my exit, I couldn’t help but remember something Bob said about my first visit to The Punch Room. 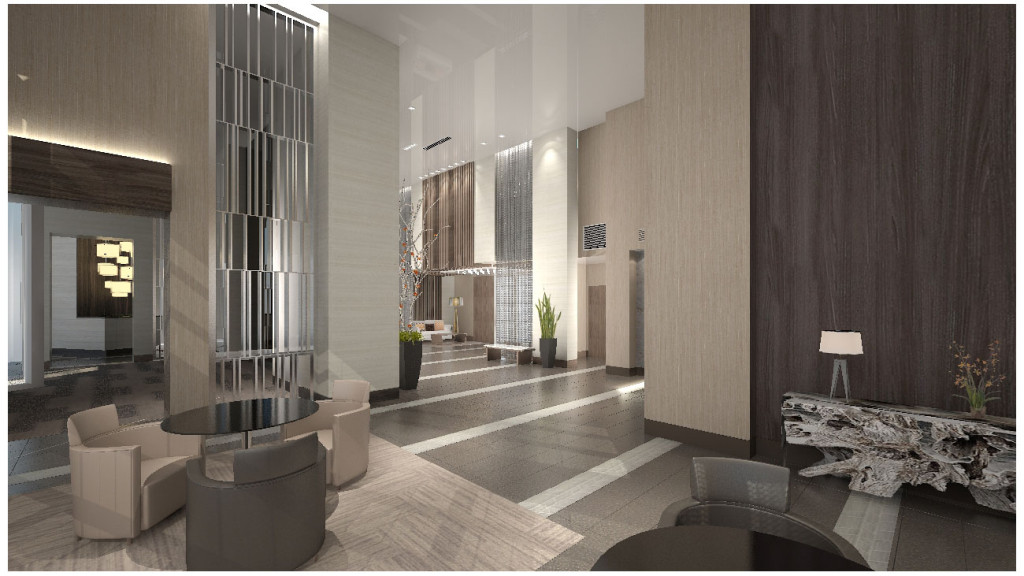 Construction is underway at the EpiCentre hotel