Briefing for Tuesday January 12: Be sure to lock your car when you go run

I met my F3 buddies early Saturday morning to work out at a south Charlotte church and spent the next hour traversing the campus, running and jumping and lifting and pushing. When we got back to the cars, three of our guys found their wallets stolen out of their cars. One man had his car window smashed in.

Turns out it’s not all that uncommon in this active city. A quick look at Charlotte crime reports finds multiple car break-ins where people like to go running. In the past six months, there were at least three at Freedom Park, two at Four Mile Creek Greenway, six near the Gold Man statue at Providence and Queens, two at Independence Park and three at the Little Sugar Creek Greenway in Midtown. If you leave your wallet in your car or your key under the wheel while you go work out, you might want to think harder about how you’ll protect your stuff.

The 15 local media minds to watch in 2016 [Williams]
The media landscape is changing rapidly, and these folks at the Charlotte Business Journal, Charlotte Observer, WCNC, Black and Blue Review, Queencitychic, Wray Ward, Scoop Charlotte, QC Exclusive and WCCB will have a major role in deciding the direction it goes in.

Things are finally buzzing at the old Charlotte Coliseum [Dunn]
Nearly 10 years after the old Hive got torn down, there’s a lot going on. A 300-unit apartment community has been completed, townhomes and a hotel are under construction and the property manager is looking for retail tenants.

INSIDER: Starbucks on East Boulevard to serve beer, wine and new “Evenings” menu in mid-March [Williams]
This will be the first Starbucks in North Carolina to do this. Think craft beer and small plates like artichoke & goat cheese flatbread. Only after 4 p.m. (no lunch beers).

How to avoid Charlotte “fear of missing out” in 2016 [@thetrolleywalk]
These are the year’s signature events that you really don’t want to miss. Starts off with Queen’s Feast in January and the CIAA tournament in February and runs through the Carolina Voices Singing Christmas Tree in December.

Soul Gastrolounge is beautiful. Here’s proof [Lilly]
These 12 incredible photos leave no doubt that this Plaza Midwood favorite is worth it even if you have to wait for a table.

The award for best British/Irish pub with extensive vegan menu options and an unexpected Taco Tuesday goes to… [Levans]
Sir Edmond Halley’s can be kind of hard to find the first time you look for it in Park Road Shopping Center, but there’s a reason why regulars of this 20-year-old restaurant pooled their money to save it when it was forced to close in 2010.

11 reasons dog parks are like bars for the K-9 variety [Koban]
They’re great places to get out of the house, blow off some steam and socialize. Wait, for dogs or for people? Maybe it’s both. Plus there’s always somebody drinking alone and that one creep… The photos in this story are great.

Wait, when should I stop for a school bus? [Stone]
So you’re on Park Road, with two lanes on each side and a center turn lane, when a school bus going the opposite way turns on its stop lights. Do you need to wait? Turns out you’re good. But if you’re at 7th and Hawthorne you better throw on the brakes.

Charlotte ranks 8th in “best cities for men” [Men’s Health]. The ranking is based on things like fitness opportunities, healthy food and employee perks.

Crescent NoDa sets groundbreaking [Agenda/Instagram]. The mixed-use building will be at a light rail extension stop and include 7,500 square feet of retail below 344 apartments.

These were the library’s most popular books of 2015 [Web]. Turns out Charlotte loves fiction, especially novels written recently. The Girl on the Train by Paula Hawkins was No. 1. Go Set a Watchman by Harper Lee was actually eighth. The top kids book is a great one: Green Eggs and Ham by Dr. Seuss.

Gastonia bank robbers couldn’t figure out the doors [WBTV]. Three people in surgical masks tried to get through the double doors but they wouldn’t open. Turns out there’s a special automatic locking mechanism if somebody tries to open both at once. 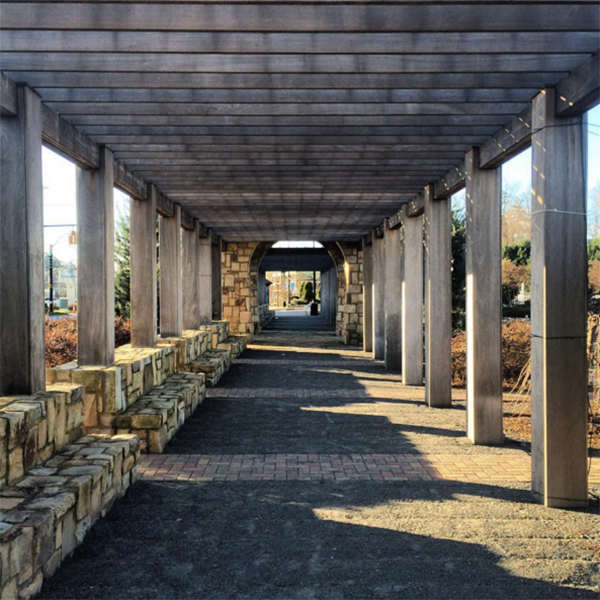 PARTNER PHOTO
The AccruePartners team celebrates the year during their annual Christmas Party at Olde Mecklenburg Brewery – in 70 degree weather! 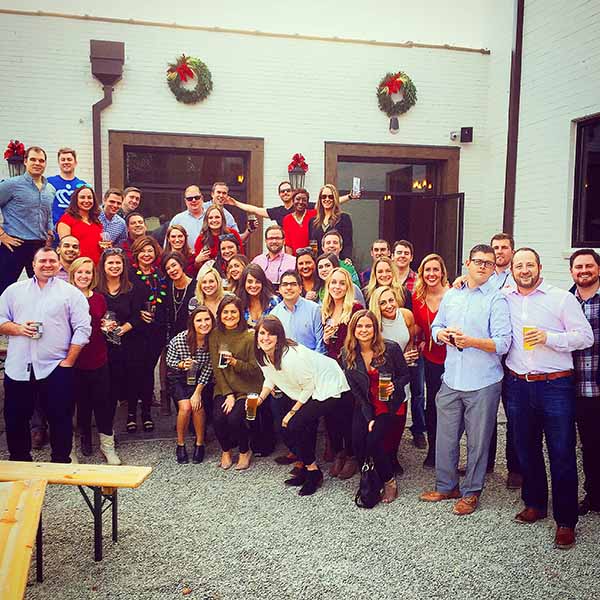 If you see a Clemson fan today, be super nice to them. Get after it.

Story Views:
SIGN UP
Join the 107,958 smart Charlotteans that receive our daily newsletter.
"It's good. I promise." - Emma

Apartment renters, fiber Internet is already fighting for your money

Outside Sales
AdvantaClean of Monroe