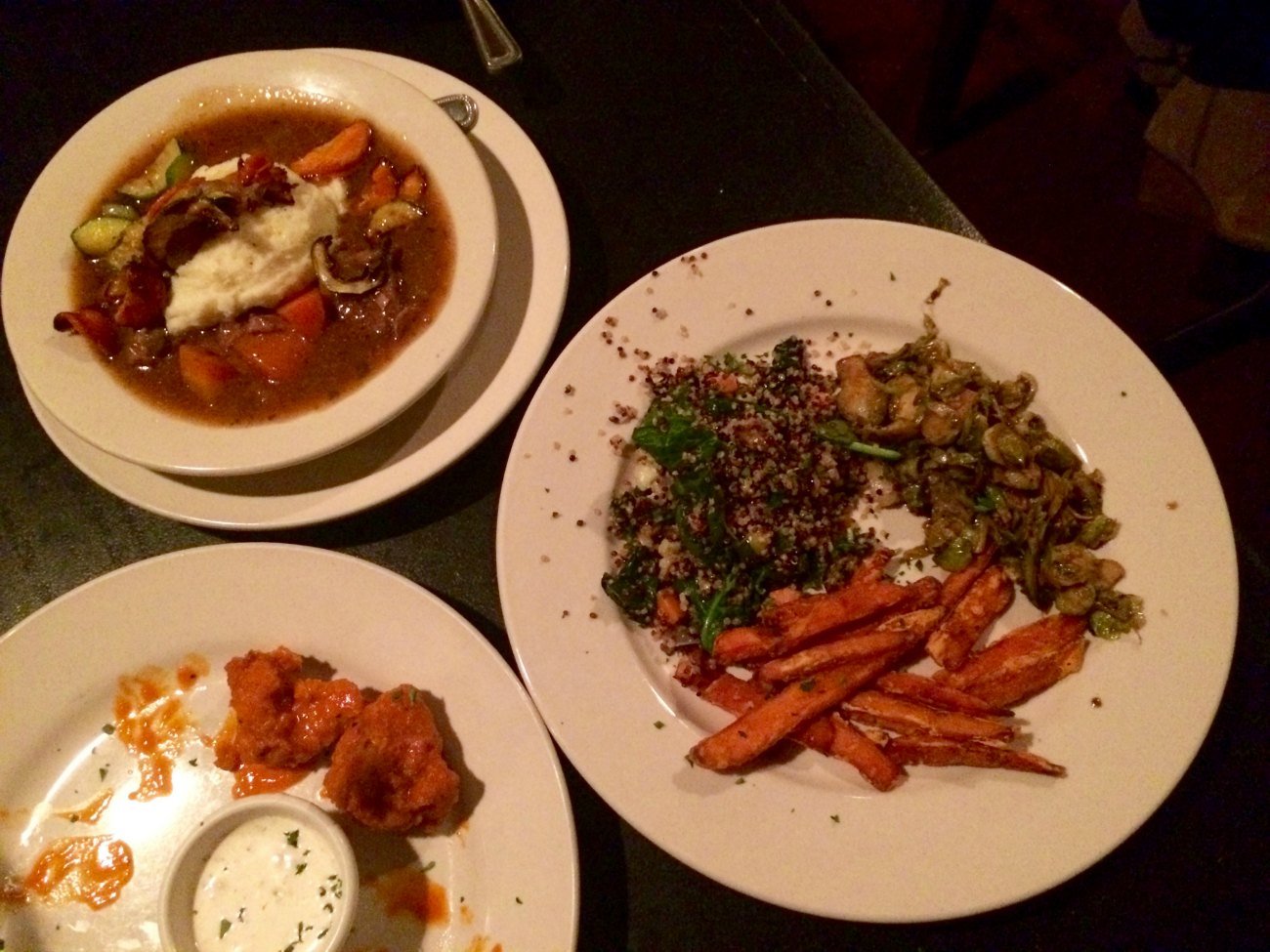 Park Road Shopping Center is hot right now. As slick new salad counters and juice bars move in and longstanding family-run businesses get the boot, at least one casual neighborhood pub has held its ground on this prime piece of real estate. And hopefully it isn’t going anywhere any time soon.

Sir Edmond Halley’s celebrates its 20th anniversary this year, minus a brief 4-month stint in 2010 when it unexpectedly closed. But that didn’t last long. Sir Ed’s was quickly revived by a group of regulars who pooled funds and invested in the restaurant to save their favorite hangout. 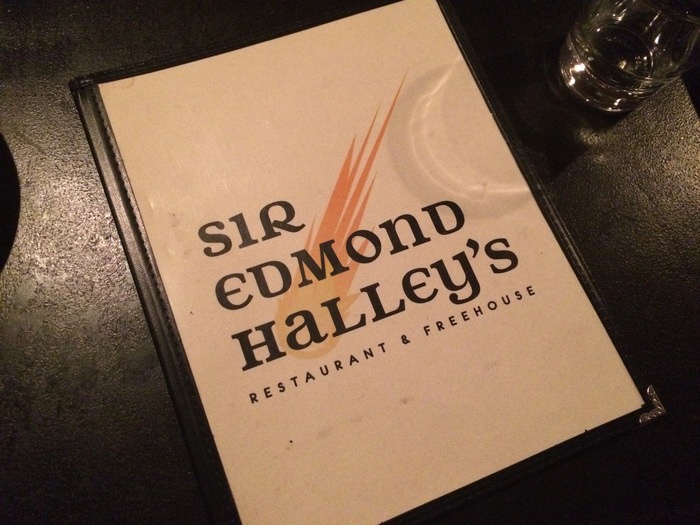 Sir Ed’s has all the makings of a traditional British/Irish pub but there’s more to it than Guinness and bangers & mash. Although a basement-level backlot pub is certainly not the kind of place you’d expect to find extensive vegetarian and vegan menu options, they’re there and they’re good.

The buffalo cauliflower was a big hit for me (the vegetarian) and my fiance (the lover of meat). “It actually tricks you into tasting like chicken,” he said. 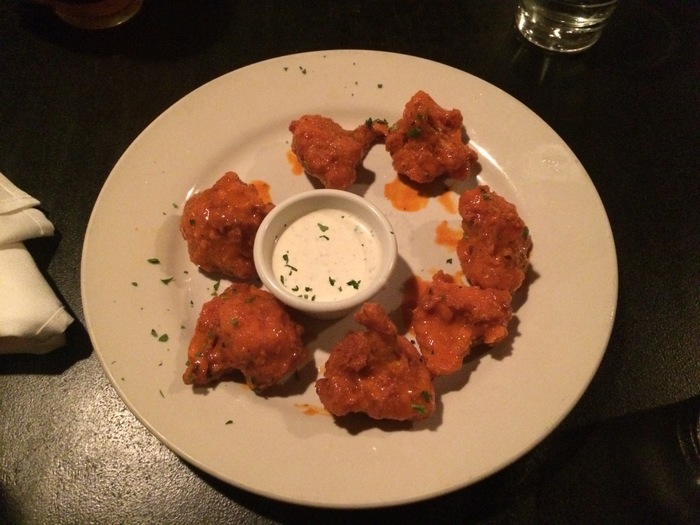 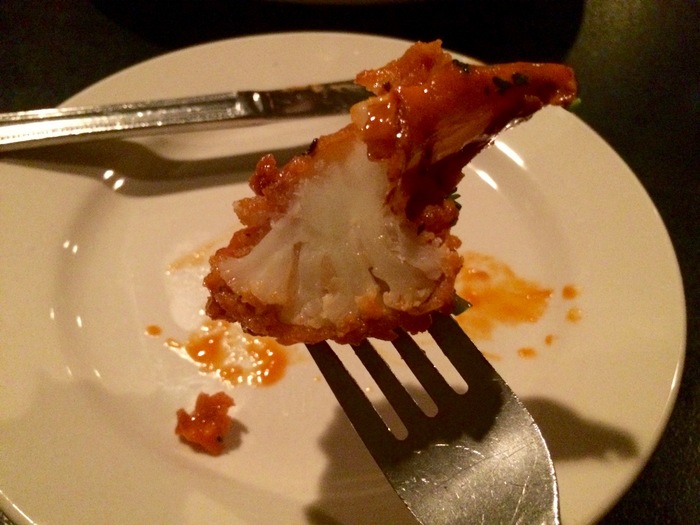 He had the Guinness Irish stew with mashed potatoes and I had the quinoa and spinach plate with roasted vegetables. I can’t think of another place that offers up meals at such opposite ends of the food spectrum. In fact, there were so many menu options I could eat, I couldn’t make up my mind.

But ample meat-free options aren’t the only thing making Sir Ed’s defy categorization. They also host Latin Tuesdays where they serve up tacos, burritos, enchiladas and $5.50 margaritas. Didn’t see that one coming. Stepping into Sir Ed’s was like locking in a missing piece to the puzzle that is the continual process of making a new city feel like home. I’m excited about Charlotte’s unstoppable growth and the flashy restaurants and bars that come with it, but give me a little grit, a little quirkiness, a little something people love so much they’ll fight to keep it around for 20 years. We need more of that too.

The point is, if you’ve walked by Sir Ed’s and thought “I should try that” or have never heard of it at all, it’s definitely time to stop in. They serve their full menu until 2 a.m. and if you’re still not convinced, they have chocolate stout pudding that they serve in mini Guinness glasses. No one can say no to that. Plus, I guarantee the wait at CO is at least an hour long anyway. 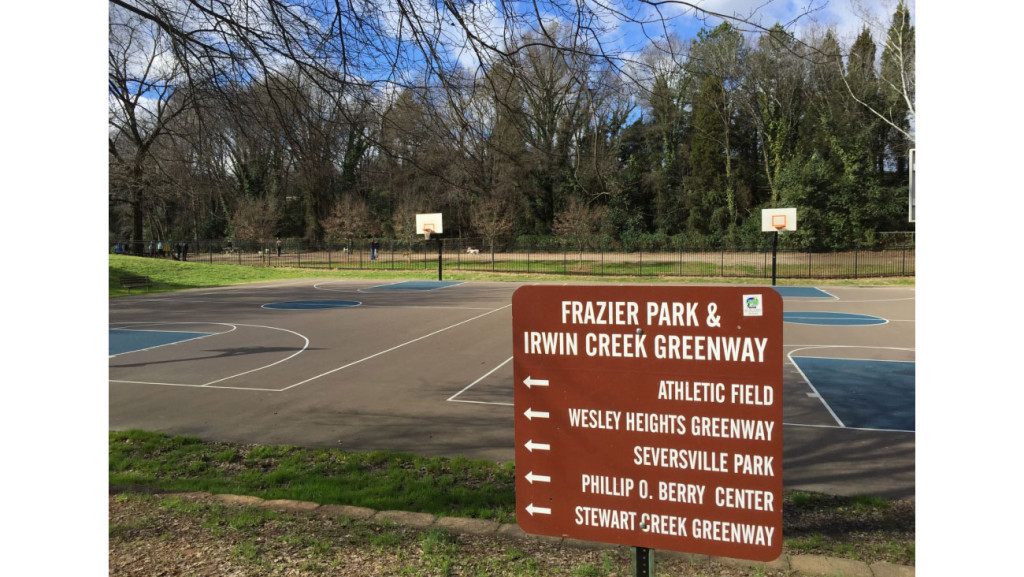