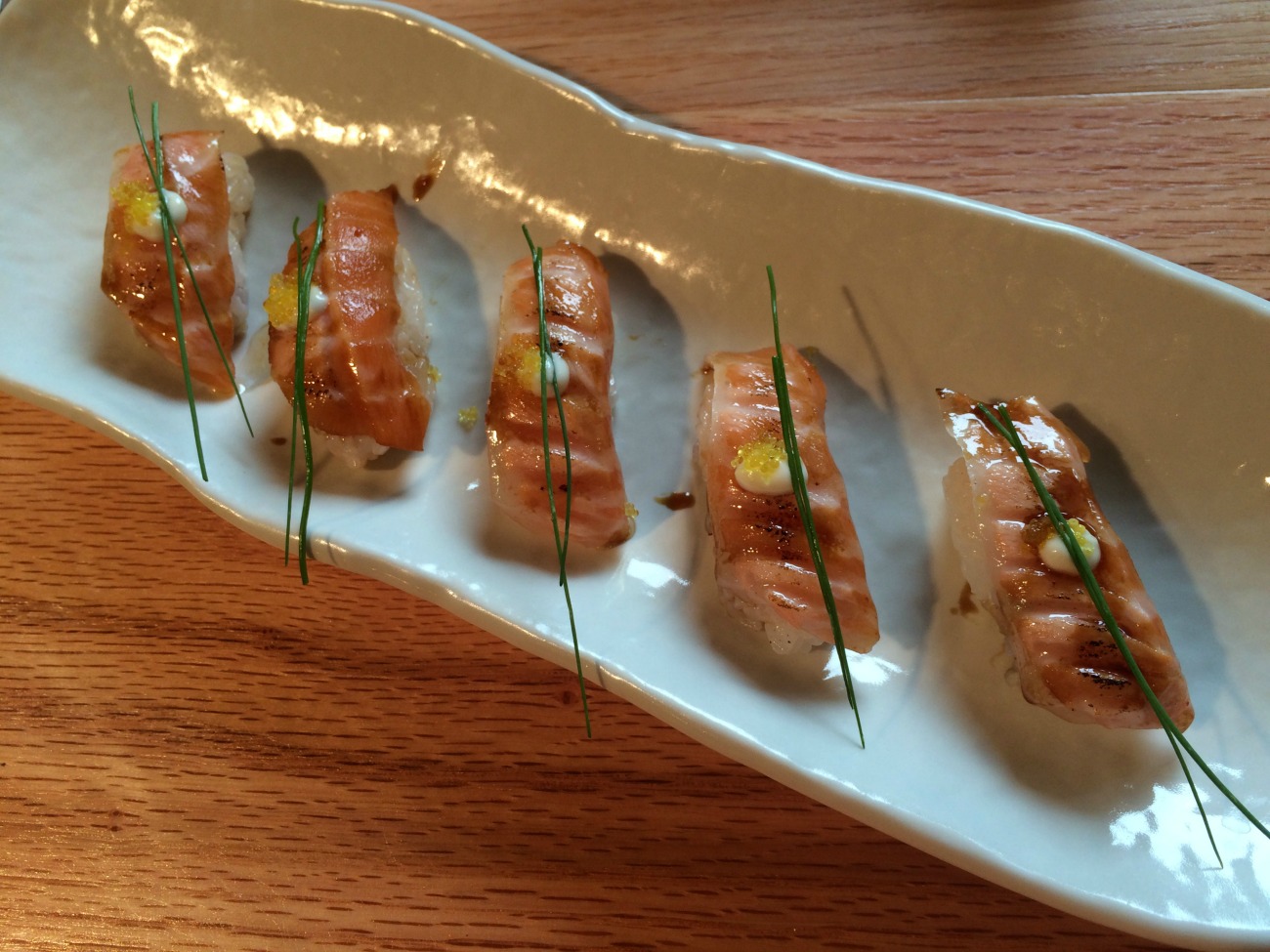 Futo Buta is bringing Charlotte’s first ramen house to South End, opening next week at the Bland Street stop along the lightrail. I dig the location because it’s hidden off the street with virtually no parking of which to speak so I think it will become a foot traffic neighborhood joint almost out of necessity. And it’s in the right neighborhood for that since South End along the lightrail is jumping.

The small, minimalist 80-seat restaurant (40 inside, 40 outside) is run by Executive Chef Michael Shortino, formerly of Baku in Southpark. Last month Danny covered the behind the scenes scoop with Chef Michael; today it’s all about the food. Futo Buta will serve “authentic but not traditional” Japanese favorites, including ramen, steamed buns, gyoza and tori karaage (Japanese fried chicken) at shockingly reasonable prices: $10-12 for ramen, $5-9 for appetizers and $10 for buns (see full menu below). One of their PR reps told me that the noodles are handmade daily with organic hard red wheat sourced from right here in North Carolina, and they’re also using custom-made North Carolina pottery for some of the dishware which is cool.

As the Agenda’s token vegetarian, I was a straight up waste of space at this preview event, but I did get really excited about these fried rice crispy squares (not those Rice Krispies) served alongside the tuna tartare… I also got to try my first steamed bun like this one sans pork and it was out of this world. And there is also a rotating selection of daily soft serve ice creams. We had strawberry milk with sea salt smoked corn flakes. Everyone seemed to really love everything and there was a lot of diving back in for seconds when the opportunity arose. This is a cool spot with serious attention to detail and a concept I think Charlotte is hungry for. Check them out on Twitter and Instagram to see when they open the doors next week. by Jonathan Sanchez
Most Read
1
Kid Cashew on East Boulevard sets its opening for mid-January
2
Hello Friday. Charlotte Recycling Plant.
3
Starbucks on East Blvd will start to serve wine after renovations
4
Bleu Barn Bistro takes food from farm to food truck
5
May I smell your beer? 26 days without drinking
Most Recent Open Jobs