I don’t need to tell you, local media is changing faster than Charlotte weather patterns. Below is a list of the most important minds in local media.

Why he’s dominating: Spanberg is the face of the Charlotte Business Journal. He’s a mini-celebrity when he walks into a press conference. Arguably the most well-known journalist in the city.

What to watch in 2016: Will CBJ leverage Spanberg’s brand to enter new areas (ex, podcasting)? Can CBJ make Spanberg happy creatively and financially? He commands an audience and he has serious leverage in negotiating whatever he wants at CBJ.

Why he’s dominating: Ely covers development. His production is insane. Feels like he’s covering all of the biggest stories in Charlotte. Great sense of humor and went to Harvard. Savvy on social (especially Twitter).

What to watch in 2016: Will the Observer build a franchise around him? Can they Spanberg him? Yes, I used this as a verb. How does the Observer allow him to weigh in with opinion (huge demand for opinion here)? Observer needs to franchise tag this guy. Valuable.

Why he’s dominating: Workhorse. Not only does Bill run a popular site, but he also manages popular social accounts: Facebook (7,000+), Twitter (17,000+) and Instagram (7,000)+. Oh, and he sends out daily newsletters to a large, loyal following.

What to watch in 2016: Can Bill find the right business partner for monetization? Traditional media sports coverage will not decline at the same rate as other beats — can Bill wait it out? I believe Bill should switch over to a paid subscription model, but that requires a big appetite for change and risk (following the pageview rat race, even with a topic as popular as the Panthers, is tough).

Why he’s dominating: Full stack reporter. Jonathan’s a machine. Smart in social — more than 23,000 Twitter followers. Not to sound weird, but he’s also a good-looking guy who knows how to talk in front of a camera. His range (text, audio, video) is attractive to a big boy like ESPN.

What to watch in 2016: Can the Observer keep JJ? Will the Observer develop a radio or TV show around him? Would they ever setup a situation where he could be the Bill Simmons of his own local version of Grantland?

Why he’s dominating: Don’t be fooled by his fluffy ad agency title, John is growing a sneaky huge line of business at Wray Ward. John’s doing more content marketing than any media company in Charlotte. He knows how to create, market and distribute content on the web.

What to watch in 2016: Can John articulate his team’s knowledge to the huge brands around town and land big accounts? Will John reach out to local publishers for consulting services?

(Note: Yes, I’m counting them as a single mind even though they’re two people.) 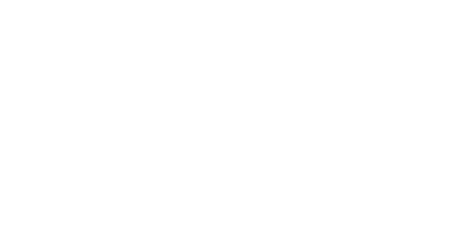 Why they’re dominating: Did you see the thickness of their holiday issue? It’s thick. Thick = lots of ads. Lots of ads = very good. Incredible eye for design and I really respect their domination of a highly valuable niche. QC Exclusive is a local media company that’s smart, growing, focused and profitable — extremely rare. Don’t underestimate these guys.

What to watch in 2016: Can Brett and JP extend deeper into events? Can they ignore the Internet hype machine and use digital assets to grow print (Our State model)? Will they consider launching additional publications? Unlike Michael and Richard at Charlotte Magazine, these guys have no corporate mothership — which means they have the freedom to trail blaze.

Why she’s dominating: Running a newspaper is a thankless task. Ann has done a masterful job at maximizing outcomes and managing through uncertainty. She’s a true experienced media executive and her connections around Charlotte are unparalleled.

What to watch: How will Ann evolve the printed paper? Will McClatchy (Observer’s corporate mothership) give her the freedom to create the future? Can Ann use the Observer’s move to NASCAR Plaza as a way to move culture forward?

Why she’s dominating: At 23 years old, she’s interviewing all the huge business newsmakers around Charlotte.  CBJ has noticed that she’s got talent and given her real responsibility (I respect media companies that can give responsibility to young people). Hilary was the editor-in-chief of the Wake Forest newspaper and cut her teeth at the BizWoman content factory. She probably had a quota of 3-5 daily stories, so she knows the pace of the web.

What to watch: Can she retain her confidence and creativity inside of a traditional news organization? Will CBJ listen to her instead of vice versa? How quickly will she move to a management position with real decision making power?

Why she’s dominating: Top media entrepreneur in Charlotte in my mind. Don’t be fooled by her love for a good vodka drink, Susu is sharp. Countless advertisers have told me “our most effective advertising is on ScoopCharlotte.” Brilliant, all-digital model focused in a highly monetizable niche.

What to watch: How will the expansion in Lake Norman go? Will she be able to give up control and recruit a senior media executive to help her expand? Can she increase pricing and get into the big TV and print ad budgets that need a place to go?

Why he’s dominating: Diversified revenue sources — reader revenue,  event revenue, data revenue and advertising. Love the weekly print schedule and the redesign of the print product (I’m a big believer in weekly print). Dominating in events. If the Charlotte Observer declines, CBJ is perfectly setup to replace it as the go-to spot for serious journalism (and steal advertising dollars).

What to watch for in 2016: Can Kevin resist the temptation to run the pageview rat race and be a premium play? It’s just weird to see re-written press releases and list round-ups next to in-depth journalism in the current digital product. Can CBJ introduce a more columnist type style? Can Kevin grow event revenue without being cheesy? Everybody with a brain understands that you do “top” awards and then sell tables to the winning companies, which waters down the actual awards. 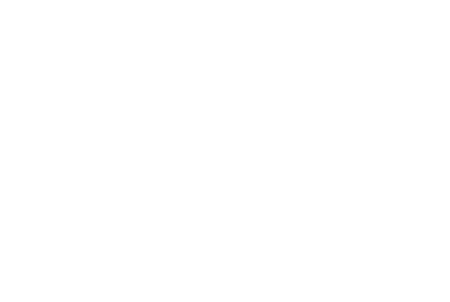 Why she’s dominating: 14,700 Instagram followers. Well known in the impossible to reach 18-35 year old demo. She blows up local businesses.

What to watch: Can Rachel think BIG? Will savvy media buyers realize that sponsoring Rachel is a much better place to spend dollars than TV, radio and print? Can Rachel maintain her free spirit and creativity as she becomes well-known in the city?

Title: Head Mixologist at The Ritz-Carlton

What to watch: Where will Bob apply his energy? Can he find a media entrepreneur to help him strategically expand his reach? Will he view opportunity through the media lense or does he see more growth opportunity by going deeper with the Ritz-Carlton organization?

Why she’s dominating: Morgan scores the big interviews. Newsmakers know her. She’s also scrappy and understands all different types of media. One of the most recognizable names in Charlotte news.

What to watch: Can Morgan take her skills and go digital first? Will the WCCB ownership group go all-in on Morgan and give her creative control? Video is booming on the web and Morgan can own it.

Why he’s dominating: Workhorse. People that know Brad, love Brad. He has a massively loyal audience and understands social media. More than 43,000 followers on Twitter. Most importantly, Brad is obsessed with communicating the weather — this obsession comes through as deep, authentic expertise.

What to watch: What will Brad do next? Brad’s a savvy media pro and he’s smart enough to realize that even though local TV will make boatloads of cash with the 2016 political spend, its longterm outlook is brutal. Can Brad develop a digital model?

Title: Executive Editor of Magazines at The Charlotte Observer

What to watch: What will Sarah focus on? She won’t be able to do an A+ job writing, editing three magazines and doing a weekly podcast. Will she be able to say “no” more? Will the Observer give her the freedom to focus and the freedom to create the way she wants to create? Will she realize that she is the talent and play it less safe? Sarah has the potential to be THE tastemaker in Charlotte.

Things are finally buzzing at the old Charlotte Coliseum

by Andrew Dunn
Most Read
1
SouthPark shift: After calls to protest, the mall will keep No Grease
2
Special report: The last days of “Tent City”
3
See inside: The most expensive home in Charlotte, built for late Mattel CEO
4
The 4 best barbecue spots in Charlotte — plus 4 more worth the drive
5
How Belk put Charlotte on the map, and what happens after bankruptcy
Most Recent Open Jobs