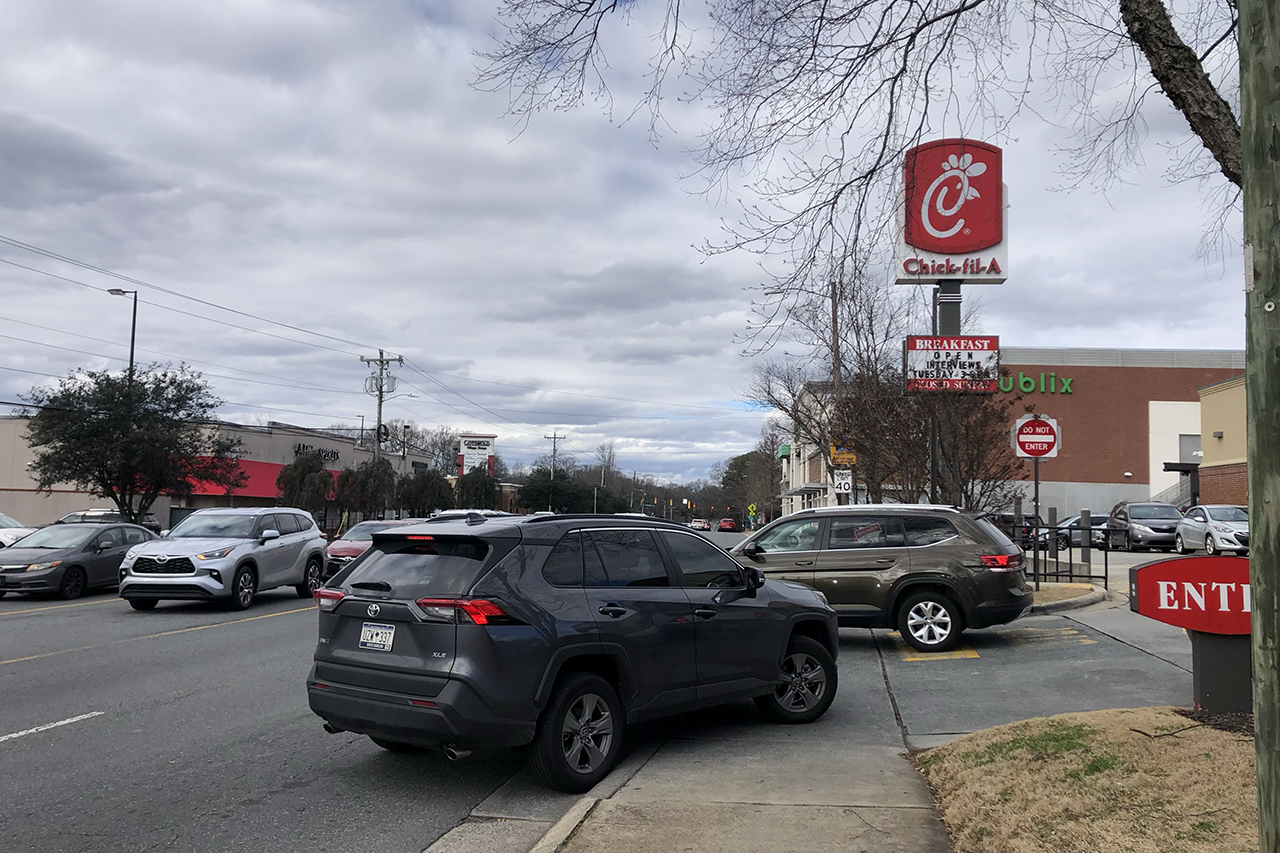 What’s happening: Chick-fil-A has devised a plan it claims will fix this reoccurring issue in Cotswold. It will tear down the building and rebuild it as a drive-thru-only establishment, with no indoor seating. This is supposed to make its operation more efficient, getting customers on four wheels in and out fast.

But here’s the problem: Charlotte leaders say they want dense, walkable neighborhoods, but Charlotteans rely on cars to get around. Thus, the great Chick-fil-A debate has persisted, stopping the city from fully committing to its walkability priorities.

Tuesday night, council will vote on whether to approve the rezoning. A debate is inevitable.

Why it matters: Charlotte’s desire for a more multi-modal city sometimes is at odds with consumer demands and the fact that people here depend on their cars. And this isn’t the first time leaders have dealt with this juxtaposition.

Details: The proposed redesign of the popular Cotswold location, next to Publix, includes two drive-thru lanes and a third bypass lane around the building.

By the numbers: The Chick-fil-A is expected to continue drawing the same amount of car trips per day (an estimated 1,980) if its reconstructed as drive-thru-only, according to a study by the Charlotte Department of Transportation. 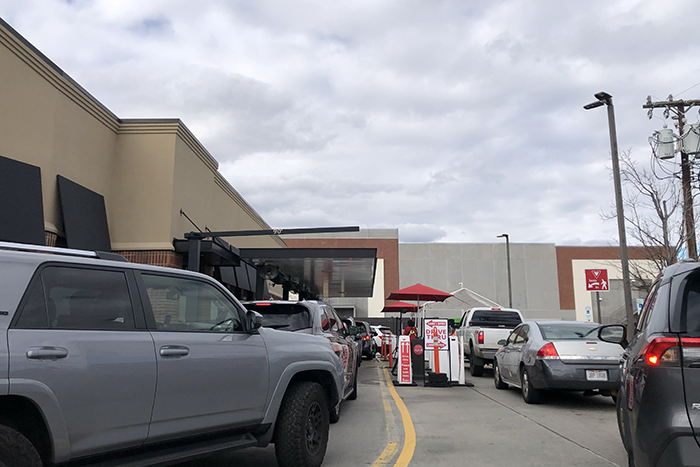 Chick-fil-A at 12:30pm on a Friday. Photo: Alexandria Sands/Axios

What they’re saying: Ry Elkins, a teacher who bikes from Uptown to Myers Park daily for work, told council during the November hearing that it would be going back on its equity commitments by approving the rezoning.

“They will be admitting that they are completely turning their back on those strides,” he said, “as well as on the people who either choose not to or cannot make a car their main mode of transportation.”

The latest: Some terms Chick-fil-A has proposed in its rezoning request may make the plan more agreeable to hesitant city leaders.

Flashback: This time last year, the city approved two controversial drive-thrus in areas that were near the Blue Line light rail and zoned as transit-oriented areas. One was a bank on Woodlawn Road, the other a Chick-fil-A on South Boulevard.

“I think we all continue to see it pour out into the streets,” Winston told Axios. “This is something to aid their business model, and it’s not good for the community immediately or at large.”

The other side: Tariq Bokhari, who represents the district where the Cotswold Chick-fil-A is, argued at the November hearing it is not dependent upon individual developers to transition areas to walkable communities. 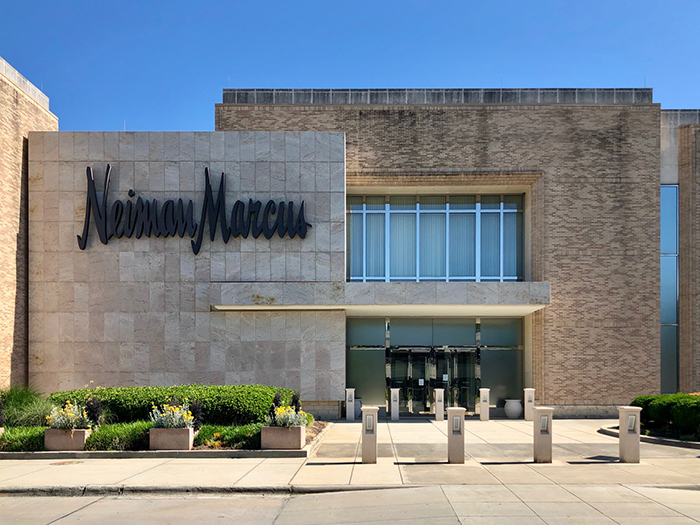 SouthPark’s personal shopper will help transform your wardrobe, no matter your budget, age or lifestyle