My church is going to have a uniformed police officer present this week at Christmas Eve services. I believe it’s the first time ever, and I’m not sure how I feel about it. In this City of Churches, people are feeling vulnerable — regardless of what the statistics say about the likelihood something bad would happen at their specific place of worship. St. Matthews, perhaps the largest congregation in Charlotte, has added officers to its Masses and police departments around the county have been hosting church safety seminars.

I want to say that the fear is overblown, but honestly, I can’t really blame pastors and priests from taking these steps. I personally won’t be looking over my shoulder when I take my family to Christmas Eve service, but I will be praying for peace on earth.

Today’s Weather: 56. Cloudy. 10 percent chance of rain.
Today’s Stat: 1,621,000. Size in square feet of SouthPark Mall, the 28th largest mall in the country. At $700 in revenue per square foot, it’s also one of the most profitable malls in the country.
Today’s Job: Internet Marketing Strategist at E-dreamz. Apply.
Today’s Charlottean: Brian Burchill and Robert Maynard, founders of Famous Toastery (aka Toast), for bringing serving up delicious breakfast and being named one of the top six franchises to watch in 2016 by CNBC.

The Leonard Bearstein Symphony Orchestra: Charlotte’s creepiest holiday tradition [Gross]
I kind of love them, but I’ll admit that the animatronic orchestra that sets up in Founders Hall every year is a little odd. I can’t imagine what it’s like to work there and hear them day in and day out. I take them in small doses.

Get a quick (troubling) look at the poverty divide in Mecklenburg County [@thetrolleywalk]
There’s a stark difference in poverty rates between ethnic groups in Charlotte and physically between areas of town.

Here’s what to expect from the 2 new restaurants replacing Monkey Joe’s at Park Road Shopping Center [Williams]
Burtons Grill and Urban Cookhouse are the two concepts that are going in. Don’t pretend you’ve heard of them, but they’re hot and are probably going to do really well.

Everything people miss about New Jersey, Charlotte does better [Moore]
Northern transplants, this one is for you. Oh, so New Jersey has pizza and bagels? So does Charlotte. And biscuits and gravy beats a Taylor Ham/Pork Roll (I’m assuming, I’d never heard of them before reading this story, but I trust Kylie).

Zone 7 Foods has opened its production kitchen for lunch [Levans]
This place does organic frozen TV dinners and they’re now open for to-go orders on Thursdays and Fridays in the Oakhurst neighborhood.

5 reasons breweries are the new church [Shanley]
Both have sacraments, and child care of sorts. But the fellowship is where the true similarity is, in my opinion.

Panthers push it to 14-0, barely. Cam Newton became the first quarterback in NFL history to have five passing touchdowns and 100 rushing yards in the same game, and I’m pretty sure he sealed the MVP award. I take full responsibility for the New York Giants’ comeback. I took my kid outside to play when the Panthers were up 35-7 and then had to run back in when I saw it was tied. I made it in time to see the final drive, so you’re welcome.

Charlotte ranks poorly for singles [Martin/CBJ]. Our city came in No. 47 out of 150 based on things like the singles gender balance and restaurant meal prices.

NoDa and Plaza Midwood are the gayest neighborhoods in the Carolinas [QNotes]. The U.S. Census bureau found 350 gay couples living in the 28205 ZIP code, the most dense population in North or South Carolina.

Charlotte’s top bartender is looking for an apprentice [Agenda/Instagram]. You have until Saturday to get your application in to The Punch Room’s Bob Peters.

McAdenville makes the list of international holiday destinations [Web]. Vote for the Gaston County town over places like Amsterdam and Barcelona.

You know, the Hornets are off to a pretty good start, too. NBA All-Star Game voting is open. Guards Nic Batum and Kemba Walker have the best shots off our squad to make it, so go vote. Get after it. 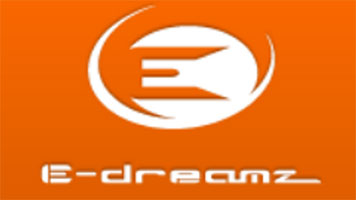