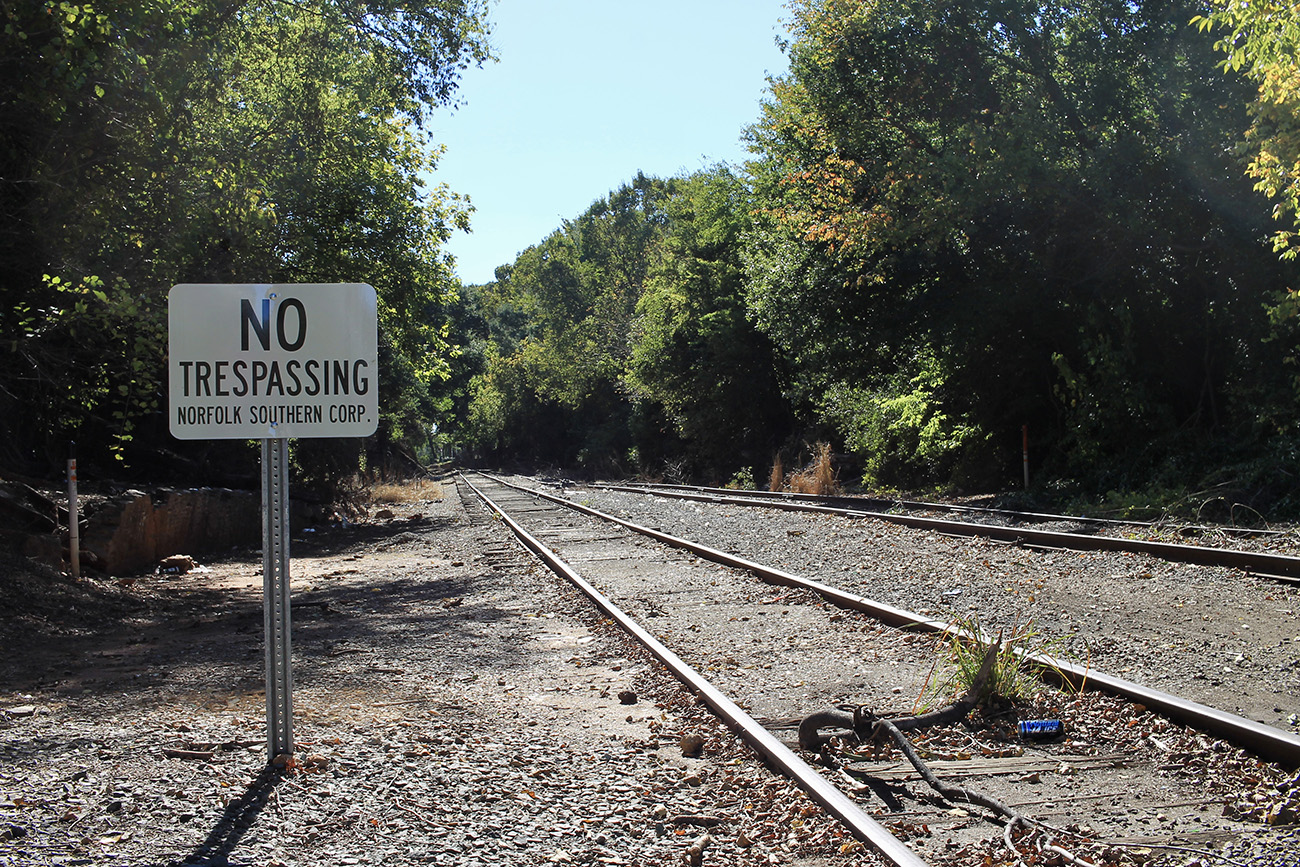 Norfolk Southern has not allowed Charlotte to use its tracks, putting a pause on a planned commuter rail that would connect the Lake Norman area to Uptown Charlotte. However, over the last week, leaders have expressed renewed confidence the Red Line may be a reality one day. Photo: Alexandria Sands/Axios

Since before the turn of the century, Charlotte Area Transit System has dreamt big about a series of rail corridors: the Blue Line, the Red Line, the Silver Line and the Gold Line.

Between the lines: The envisioned Red Line commuter train would connect Charlotte to Lake Norman towns. It would share Norfolk Southern’s tracks that run parallel to Interstate 77.

As of now, the Red Line has no estimated cost, no anticipated timeline and no agreement with Norfolk Southern. Yet, with millions in federal infrastructure money at stake, the conversation around the northbound line has recently taken a more optimistic turn.

What’s happening: Charlotte Area Transit System is committing $5 million toward “advancing” the Red Line, in hopes that one day the rail will carry passengers from the Charlotte Gateway District in Uptown through the downtowns of Huntersville, Cornelius, Davidson. It would cross county lines into the town of Mooresville.

Details: The money will go toward updating the Red Line designs, taking into consideration changes to the corridor over the years. The process could take 18 months to two years, Jason Lawrence, the senior transportation planner for CATS, recently told the Metropolitan Transit Commission.

Yes, but: The Red Line vision relies entirely on one day being able to use Norfolk Southern’s existing “O” line. In 2013, after design work for the rail was already underway, Norfolk Southern altered its policy to not allow passengers on its freight tracks. There is “no path forward” for the Red Line until the railroad company changes its position, according to CATS’ website.

“Though this line remains a strategic part of our network, we have always valued our relationship with Charlotte and the surrounding communities. Wherever we can, we will continue to work with them on projects that intersect with our network and the needs of our customers,” the spokesperson said.

State of play: Norfolk Southern has fresh leadership after its CEO retired this spring.

Between the lines: Even with permission to access the “O” line, CATS still needs money for the project. It could not rely solely on the bipartisan bill, and Mecklenburg County voters may be asked to endorse a future countywide 1-cent sales tax hike.

“I’m never going to quit my dialogue with the Red Line,” the mayor says. “I want to get on the train and ride to Charlotte, and I don’t want to sit in traffic in the general purpose lanes. I don’t want to continue to pay the fees that we pay for toll lanes. And I don’t want to have to go on secondary roads.”

Flashback: In 2007, when Mecklenburg County voted to retain a half-cent sales tax for transit, proceeds were supposed to go toward the Red Line. But with the commuter rail stalled, the transit investments kept going elsewhere, largely to Charlotte, Knox recalls. Since then, though, some funds have gone toward establishing bus rapid transit along I-77 to the north.

The other side: Mooresville Mayor Miles Atkins suspects more studies may be a waste of money. “Norfolk Southern’s made it clear they’re not interested,” he tells Axios. “Maybe there’s something I don’t know. But until you hear them say, ‘Let’s make this happen,’ I think that we should spend more time focused on bus rapid transit.”

The big picture: The chance for federal dollars has revived enthusiasm about the Red Line, and the ticking clock is forcing local leaders to come together.

5 bizarre new foods at the N.C. State Fair we can’t wait to try