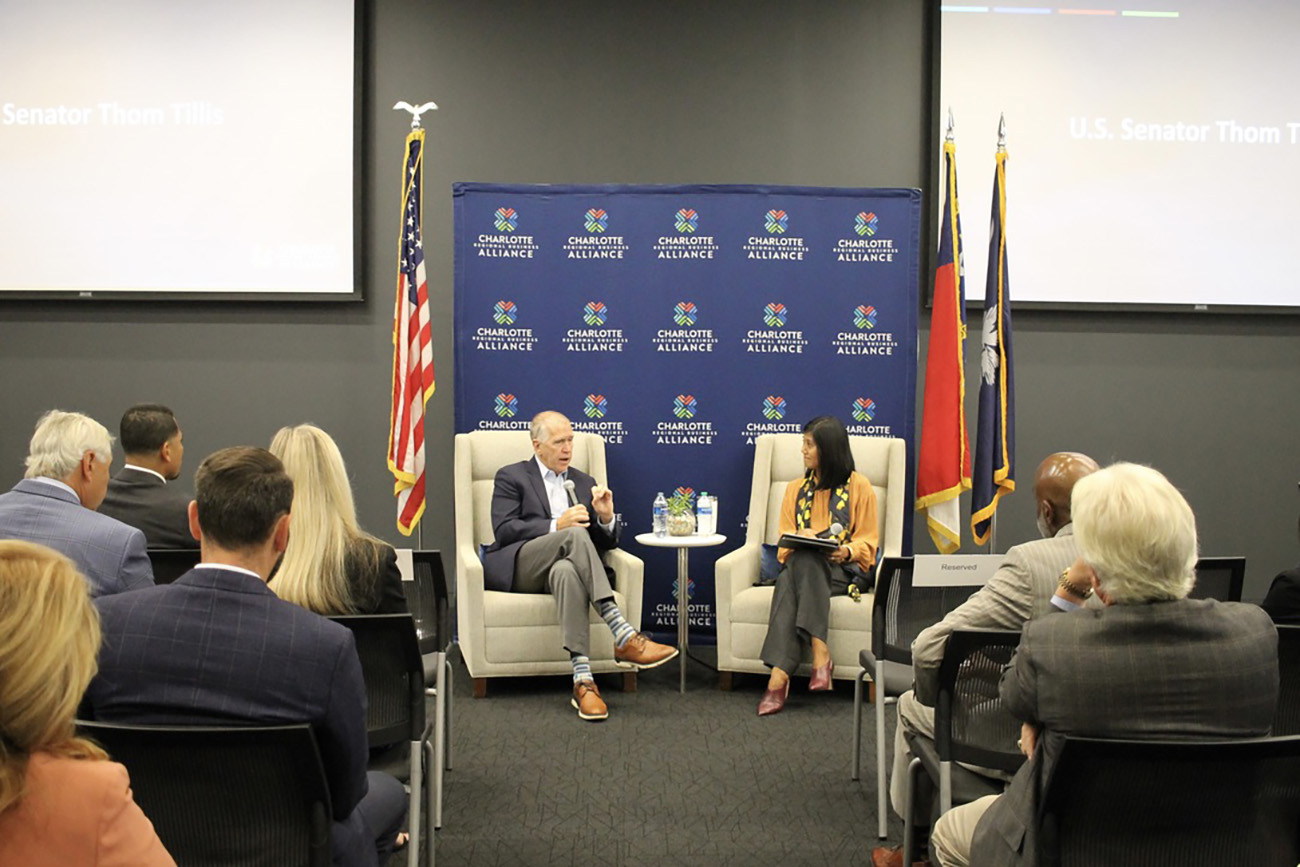 U.S. Senator Thom Tillis sat down with some of Charlotte’s top business leaders Tuesday and touted being part of “every bipartisan effort in Congress.”

Most recently, the senator supported the bipartisan infrastructure package and the Chips and Science Act, which contributed to Chatham County landing a major economic development deal with Wolfspeed.

During the chat with the Charlotte Regional Business Alliance in Uptown, he addressed a range of hot topics. Here were five of them: 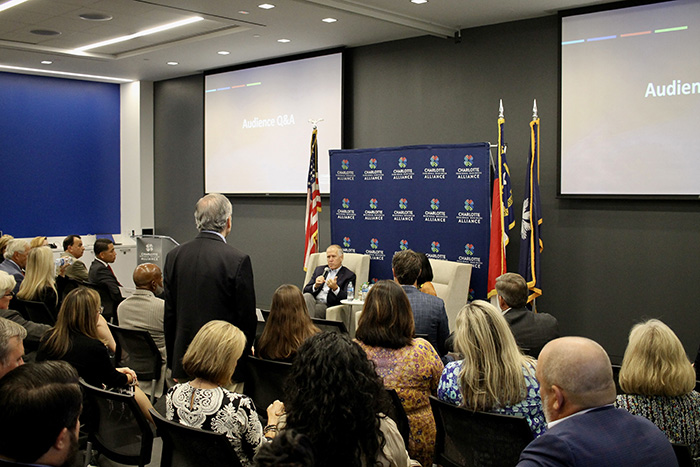 On Charlotte’s Transportation Mobility Plan: “If you want to differentiate yourself from virtually everybody else, demonstrate how local, county, regional entities have come together … prove that the investments from the federal government are going to be better spent.”

On bringing another Democratic or Republican national convention to Charlotte: “I’m gonna help anybody that’s gonna bring 100,000 people to Charlotte, and spent a lot of money, get here.”

On Biden’s $400-billion student loan forgiveness plan: “It’s inherently unfair to take somebody like me — who paid my way through college, who paid for my children’s tuition — and to suddenly say that this community college, ultimately four-year-degree graduate has retired the debt of somebody who graduated from Yale.”

On the economy: “We are in a recession.”