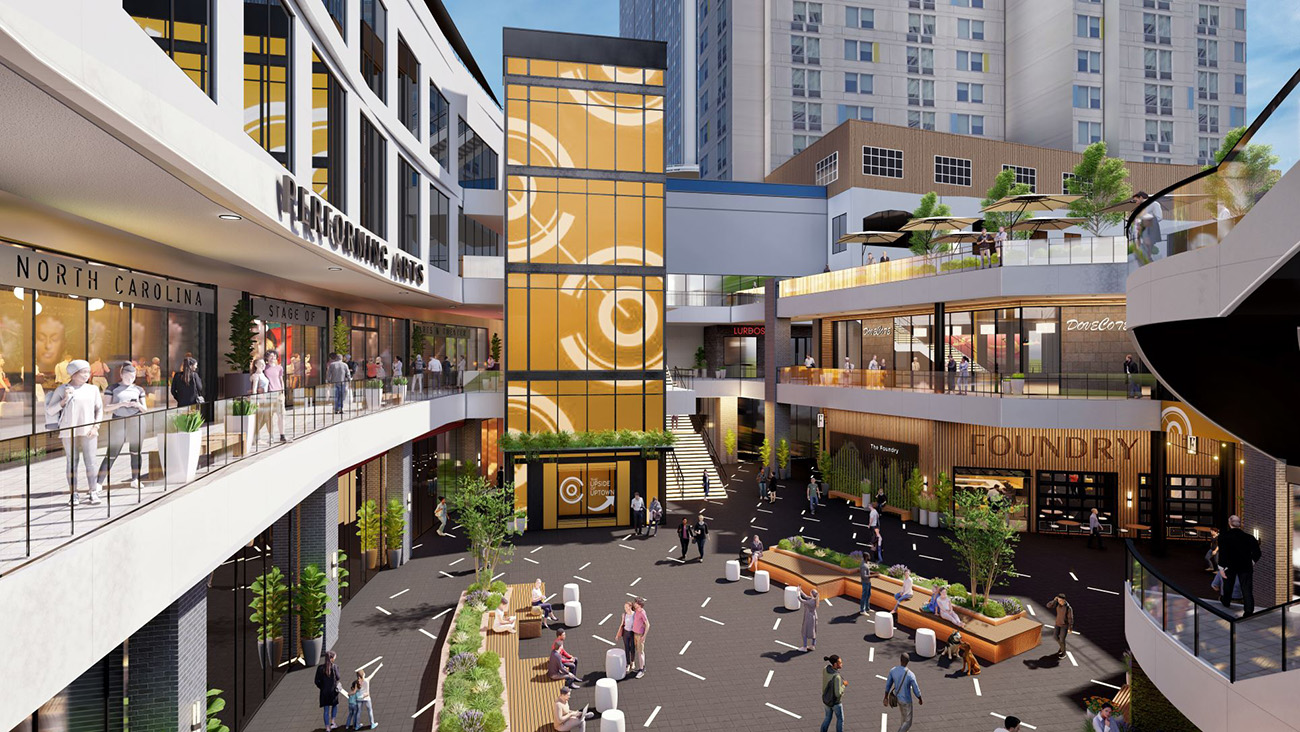 As part of a rebrand, CBRE will rename the Epicentre and make repairs to the courtyard, parking garage, patios and roof. Rendering courtesy of CBRE

Over the next year, the near-vacant EpiCentre will transform into a high-end destination called “Queen City Quarter,” the new property managers have promised.

CBRE, the court-appointed receiver during the foreclosure, is continuing to market and lease the former nightlife venue and has announced plans to turn it around.

What’s happening: It won’t be the nightlife spot you’re used to. Instead, CBRE has a “very intentional leasing strategy” to create a more upscale, family-friendly environment, says Sabrina Jones, who is leading the property management.

Why it matters: The COVID-19 pandemic left the EpiCentre deserted, at a time when South End was already pulling the youthful nightlife in a different direction and daytime office-goers were moving to remote.

What they’re saying: “We want to take advantage of how dense it is out there with a daytime population and and also make it a destination amenity for the community,” Jones says. “And we’re surrounded by lots of really great hotels. So when people come to visit, we want them to have a place to eat and take in a cocktail before they go to a show and be a one-stop shop for tourists.”

Details: Queen City Quarter will be fresh, modern and bright, Jones says. “We don’t want to make it look like a defunct Times Square anymore.”

Work to transform the property will include:

Context: During the height of the pandemic, the owner of the EpiCentre defaulted on an $85 million loan. CBRE interviewed and was selected for the court-appointed receivership.

Flashback: The EpiCentre had its highs and lows since opening in 2008, from surviving the Great Recession to hosting events for the Democratic National Convention. It’s a prime location within walking distance to Charlotte’s largest attractions, but that also puts it in proximity to violent crime and protests that left glass shattered and a shadow cast on the property, especially in recent years, Charlotte magazine wrote.

What’s next: Jones says CBRE is in talks with remaining tenants, such as Red Eye Diner and Word of Beer, about extending leases to take part in the next phase of the center. 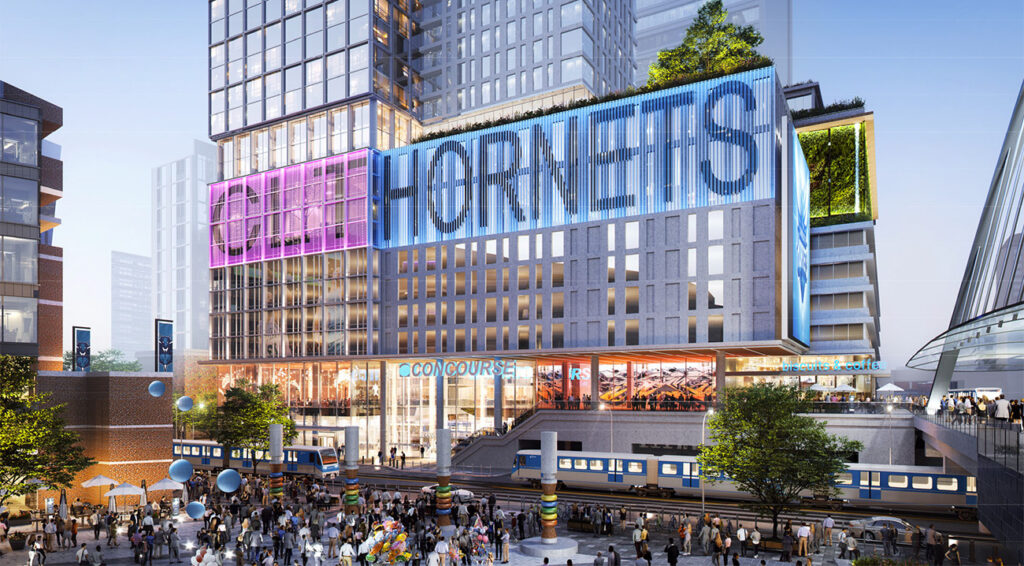