The 4 phases of the 2015 Panthers, as told by the Vegas betting market 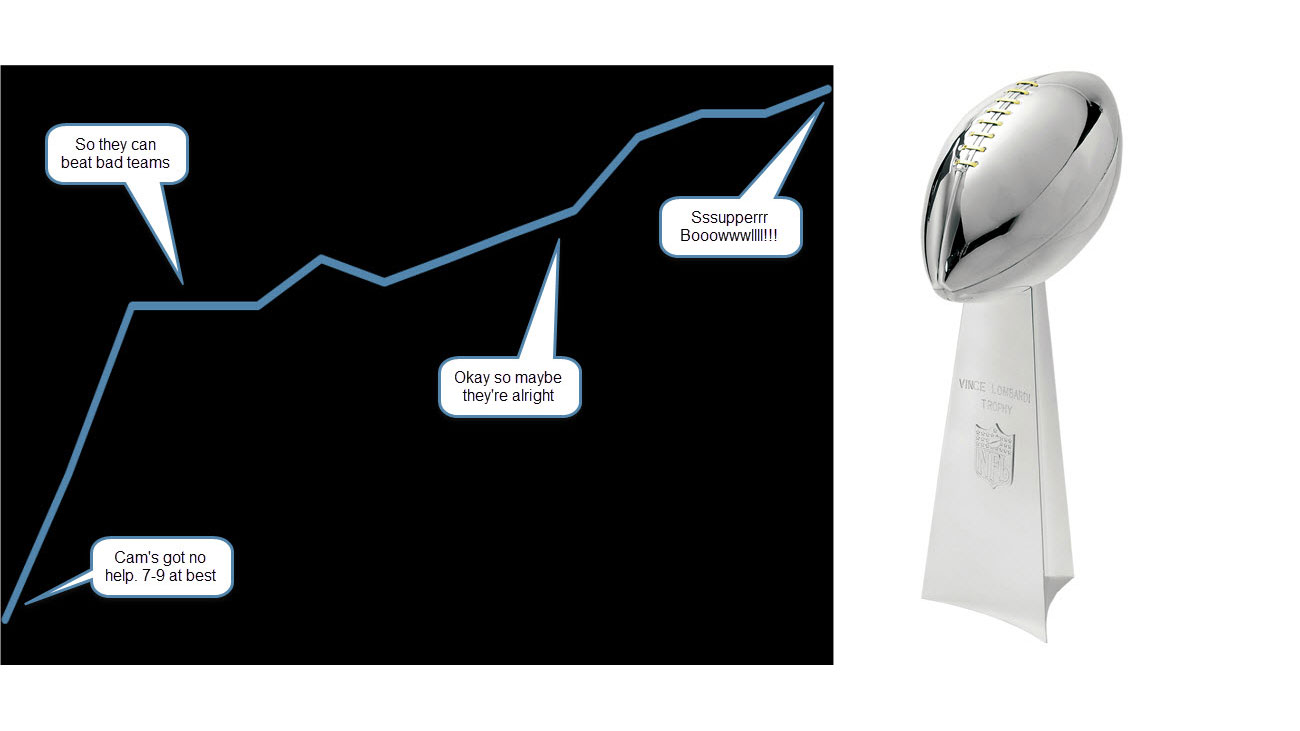 The Panthers are having a historically successful year. If you claim that you saw this coming, then you are either 1) a liar or 2) brilliant. And if you are #2, AND you have a high tolerance for risk, then chances are you are a Vegas “sharp.”

I put together the below graph based on Will Brinson of CBS Sports’ weekly Super Bowl Odds ranking column. This graph shows the Panthers’ odds to win Super Bowl 50 expressed as whole numbers* on the left axis, and how those odds ranked relative to the rest of the NFL on the right.

Looking at these numbers, you can see how expectations have changed over the last three months, and it’s broken down into four phases:

In the preseason, the Panthers’ odds to win the Super Bowl were 60-1, good for 23rd most likely in the league. That’s the definition of low expectations. It seems like ages ago, especially on the heels of a 38-0 drubbing, but the Falcons were expected to be the toast of the NFC South. Three quick wins against lower-tier opponents (Jacksonville, Houston and New Orleans) raised the Panthers into the top third of the league in terms of Super Bowl championship expectations.

It was here the odds stagnated as the Panthers beat Tampa Bay, then had a bye. The odds dipped to 20-1 after the win in Seattle, but here the betting markets reflected the “yeah, but maybe Seattle is terrible?” attitude, and the Panthers’ Super Bowl odds actually dropped after the win against Philadelphia. Based on the odds, this was the time of the season when the Panthers were getting the least amount of respect.

This is where the national media (and admit it, most Panthers fans) realized that this team was for real after the gritty win on Monday night vs the Colts, the dispatching of the NFC darling Packers, and three straight blowouts. During this stretch the narrative around the Panthers focused on Cam dancing and cherry-picking stats to try and prove that the Panthers were counterfeit. Meanwhile, the betting markets, driven largely by people who make their living betting on sports, saw the Panthers move from the 7th most likely team to win the Super Bowl down to #3. Whose side would you rather be on?

(4) Okay fine, the Panthers are the best.

After handling two division rivals and clinching the Division and a playoff bye, the Panthers are finally getting the respect their season deserves and are the favorites to win the Super Bowl. Recalibrate your expectations everyone, it’s Lombardi Trophy or bust now.

Kudos to all of you who (legally) placed a wager on the Panthers back in mid-September at 60-1. You’re sitting on a potential gold mine as we head into the postseason. 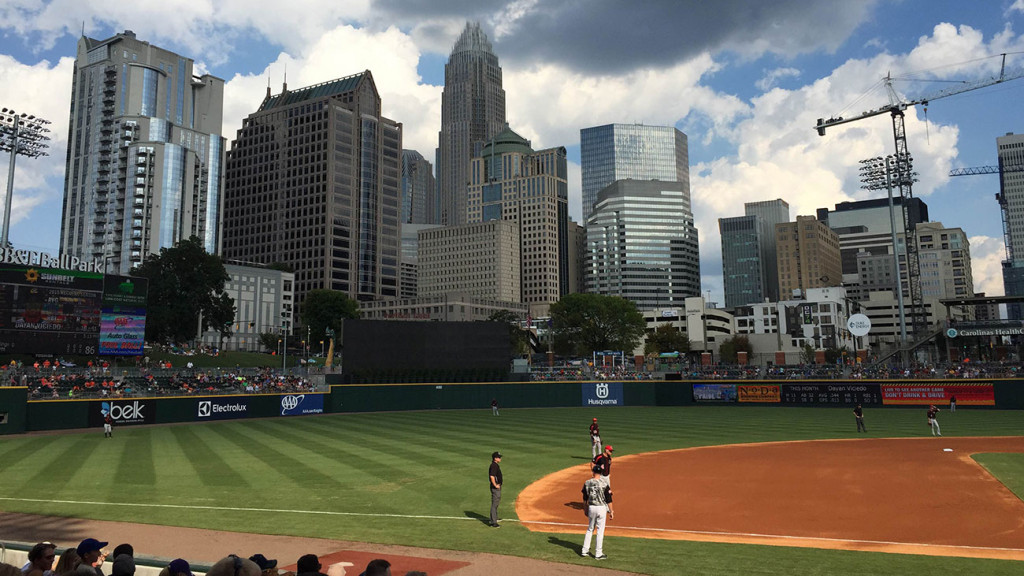 8 gifts for the Charlotte sports fan in your life