One year after the U.S. withdrawal from Afghanistan, Afghans in Charlotte are in legal limbo 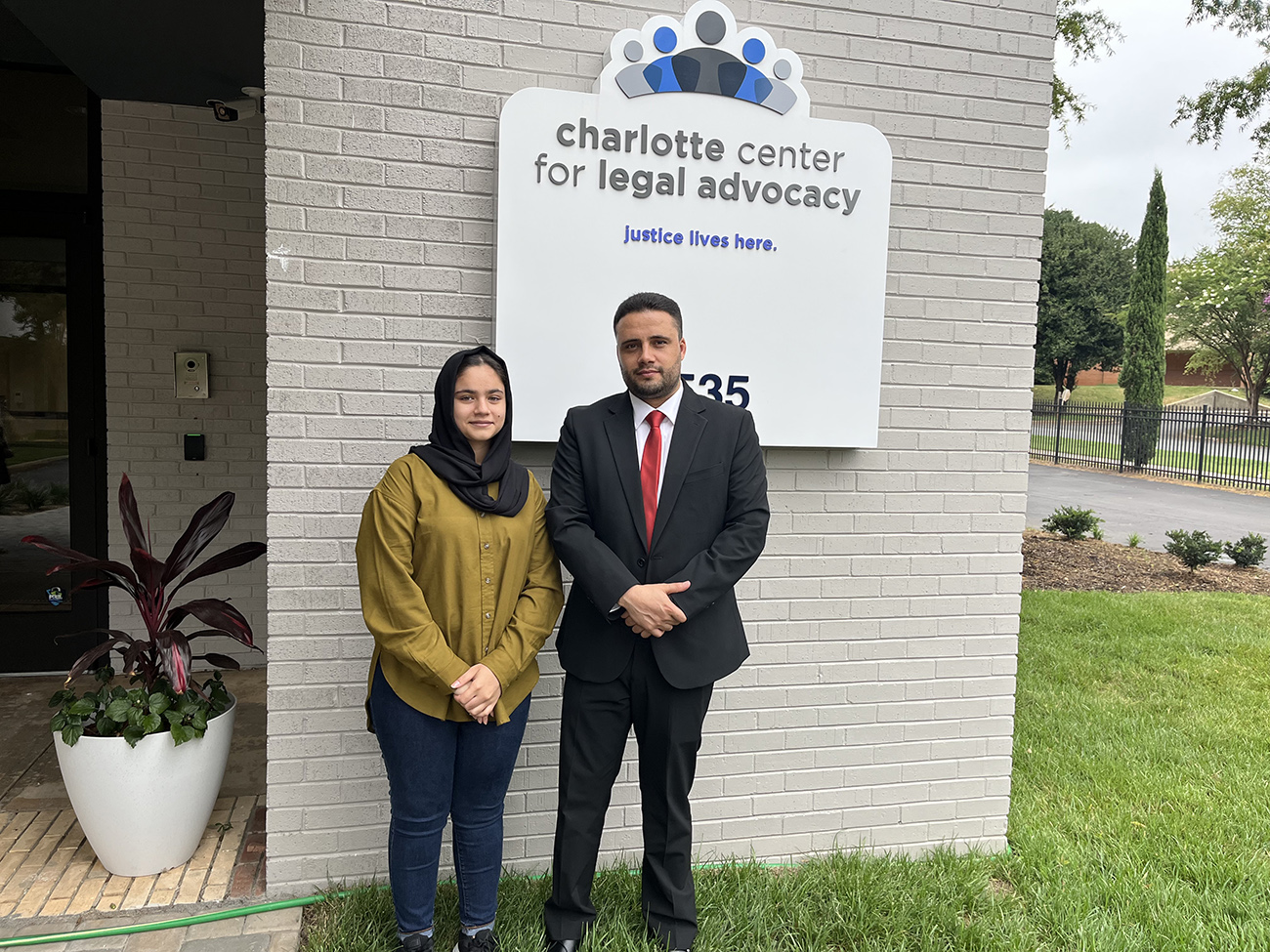 editors note: The interview with Tahira Askari has been translated from Dari.

Tahira Askari and her family arrived at the chaotic scene at the Kabul airport last August, with a crowd of people surrounding the walls, and Taliban surrounding them.

Now 17, Askari lives in Concord now and dreams of studying journalism in the U.S. But like tens of thousands of Afghans now in the United States, she faces a ticking clock with her legal status. And she is bogged down in a years-long legal process to obtain citizenship.

What’s happening: The U.S. completed the withdrawal from Afghanistan a year ago today, Aug. 30, and has resettled more than 76,000 Afghans in the country.

Why it matters: In that year, Afghans in Charlotte and elsewhere have tried to build new lives for themselves, but their legal status is in limbo.

Context: Most Afghans have temporary status in the U.S. through humanitarian parole, which does not have a clear path to citizenship, and only lasts for two years typically.

Once they receive asylum, they can apply for their green card after a year, and in four years they are eligible to apply for citizenship, says Rebekah Niblock, a staff attorney with the Charlotte Center for Legal Advocacy working for its Immigrant Justice Program.

Driving the news: A bipartisan group of U.S. Senators introduced the Afghan Adjustment Act in August at the behest of immigration groups to provide a process, with vetting, to apply for permanent residency.

One family’s story: Askari remembers the Kabul streets were quiet the night the city fell last August. She stayed at home for two days with her family, until her uncle called from the United States and told them to head to the airport.

That uncle, Bahroz Mohmand, started working as a translator helping Afghan and U.S. special forces to communicate in 2004. 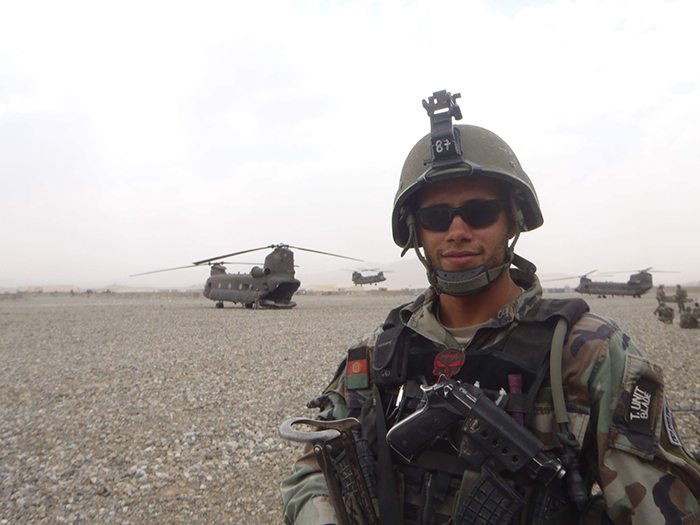 His “heart was just shaking” that night, he says. He didn’t sleep for five days. He questioned whether sending them to the airport was the right decision. At least at home, they were safe, he thought. Now they were compromised.

“I can’t imagine if something happened to them,” he told me, choking up. “I wouldn’t live with that guilt myself. Because I was the only one from my family working for the army. And then basically, all their lives were in jeopardy because of me.”

Two months later, they arrived in North Carolina. All 32 of his family members that made it out packed into his home.

Getting here, though, is just the beginning for most Afghans.

Bahroz co-founded the Interpreting Freedom Foundation, which helps newly arrived Afghans adjust to life in the U.S., for example, navigating the DMV and obtaining a driver’s license.

Catholic Charities, the organization that resettled 204 refugees in Charlotte last fall, says at least one adult in each household is now working, says Laura T. Jones, resettlement director. Catholic Charities has been driving Afghans from Charlotte to Arlington for the interviews for their asylum cases, Jones tells me.

Though all are in permanent housing who were resettled last fall, affordable housing remains a challenge for new refugees.

Zia Ghafoori delivers food to 67 Afghan families in Charlotte every Tuesday, filling in the gaps he believes are left by local resettlement agencies.

Ghafoori, program director for the Allies Program at the nonprofit Independence Fund, is a former interpreter for the U.S. special forces.

Mental health impacts: Afghans are also dealing with psychological trauma from the conflict, and the asylum process can reopen some of those old wounds, says Daniel Elkins, chief of staff at the Independence Fund. Interviewers may bring up difficult questions in an attempt to ensure the applicant isn’t a security risk.

What’s next: Mohmand’s family is still waiting to hear back on their asylum cases. In the meantime, their work permits expire next year, and their lives are in flux until they receive permanent residency.

He believes the Afghan Adjustment Act would show Afghans they belong here and they aren’t in danger anymore. 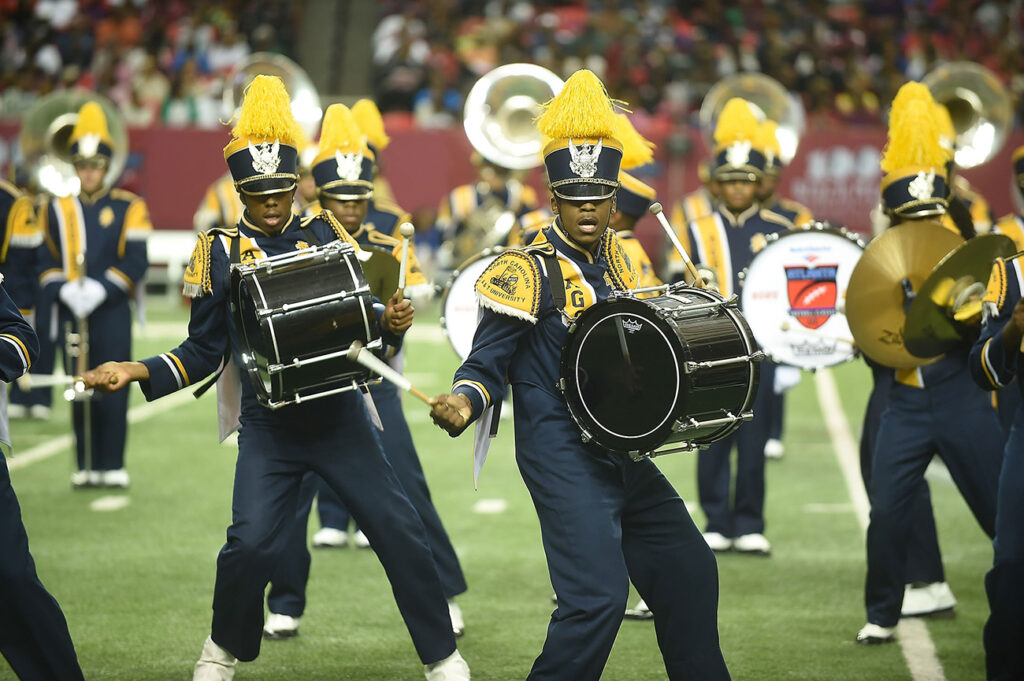 HBCUs are having a moment in Charlotte and nationally