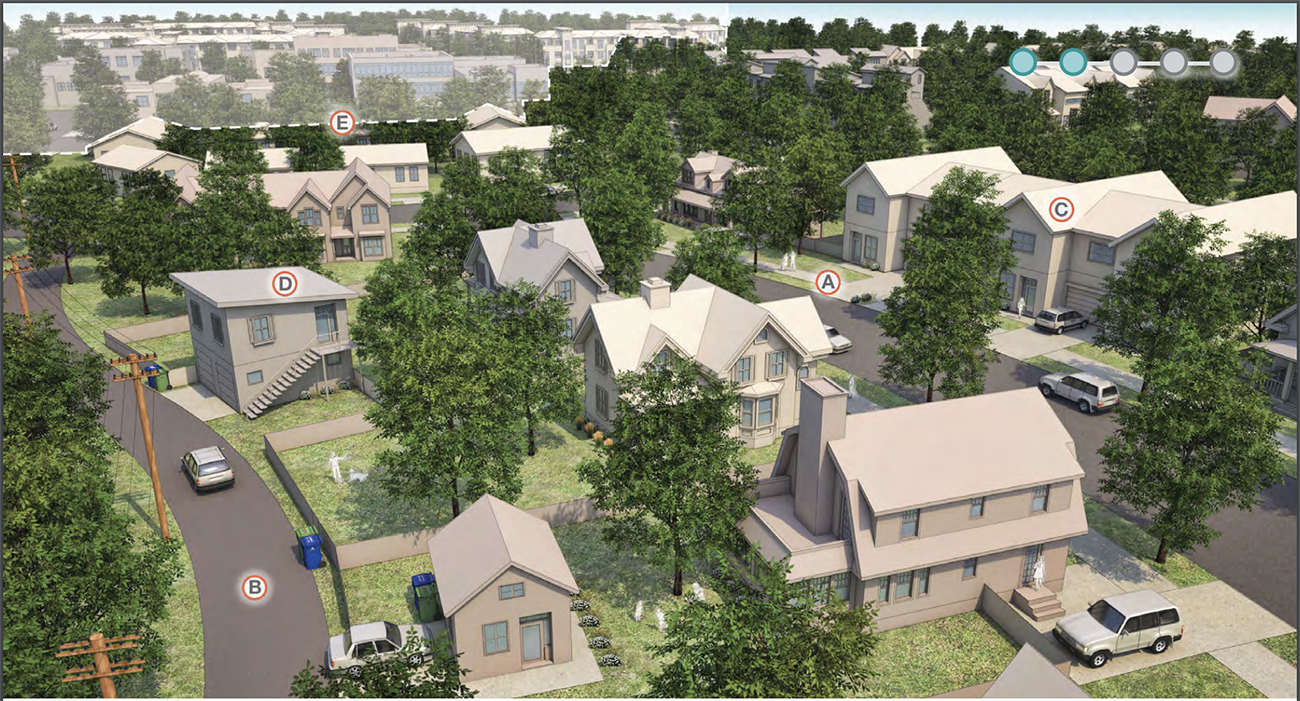 A rendering of what the "neighborhood 1" district could look like. Courtesy city of Charlotte

Driving the news: Republicans have campaigned on criticizing the single-family zoning changes in the Unified Development Ordinance, raising concerns about its impacts on gentrification. Charlotte City Council will vote to adopt the complex document on Aug. 22.

The intrigue: Last week, a tweet from City Council District 2 candidate Mary Lineberger Barnett ignited a debate. She claimed on Twitter “anything could be built next to your home” if the UDO is adopted as drafted, which is not true.

Reality check: The UDO will change residential zoning in some ways but still only allows limited uses.

Yes, but: It significantly broadens where duplexes, triplexes and quadruplexes can be built.

The main change the UDO proposes is allowing duplexes and triplexes by right throughout residential areas. “By right” means builders wouldn’t need a rezoning from the city before constructing these housing types in a Neighborhood 1 district, which is the proposed new name for the traditional residential zones that exist today.

The intention: The city’s goal is to promote more affordable living and fill a gap in middle-density housing.

Between the lines: Under the UDO, quadraplexes would also be allowed but may need to meet certain conditions depending on the density of the neighborhood. Those standards include designating at least one unit as affordable for households earning 80% of the average median income.

Context: The UDO, a rewrite of the city’s rules for development, puts the visionary 2040 plan, approved in a slim 6-5 margin last year, into law.

The debate: The argument over what belongs in majority single-family neighborhoods has divided Charlotte. Democrats have accused the GOP of spreading misinformation. Council member Tariq Bokhari, who organized a “slate” of GOP candidates for office, claims there are attempts to make it seem as if Republican council candidates wrongly believe single-family housing is up for abolishment.

What they’re saying: Bokhari argues the city is “100%” attempting to abolish single-family zoning by allowing duplexes, triplexes and quadruplexes. 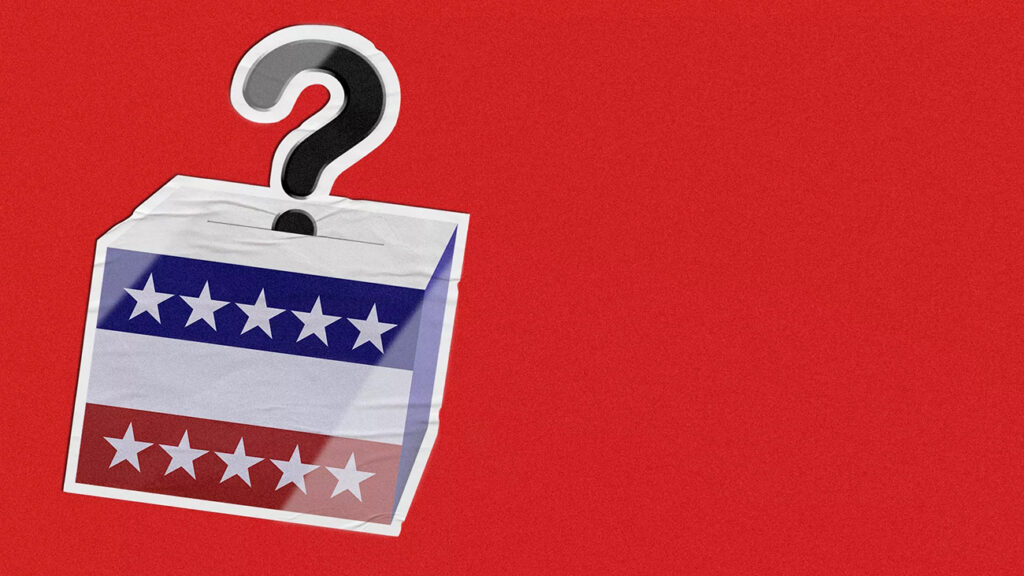 Director of Marketing
2ULaundry
View All Open Jobs | Post a Job
Sign up
Join the 113,656 smart Charlotteans that receive our daily newsletter.
"It's good. I promise." - Emma