As uptown’s Carolina Theatre is restored to its 1920s-era glory, a similarly ambitious project will rise right on top of it.

The Foundation For The Carolinas announced Tuesday that it signed an agreement with hotel developer Valor Hospitality Partners to create a 20-story, 200-room luxury hotel atop the restored theatre. The project is meant to give the nonprofit theatre a revenue stream to sustain it while returning valuable real estate to the tax rolls.

Plus there’s going to be a rooftop bar and restaurant with killer views of the city.

The designs below are preliminary, but are the result of a competitive bid process that Valor won. The Atlanta-based company is best known for its Cape Grace Hotel in South Africa that was named Condé Nast Traveler’s “Best Hotel in the World.” Closer to home, the company converted the Crowne Plaza Charlotte by the airport from a Marriott with a $10 million renovation.

At the Carolina Theatre site, the plan is to create something unique to Charlotte that incorporates the history of the property.

“We don’t want a cookie cutter hotel that you could pull off the shelf,” said Laura Smith, executive vice president of Foundation For The Carolinas. 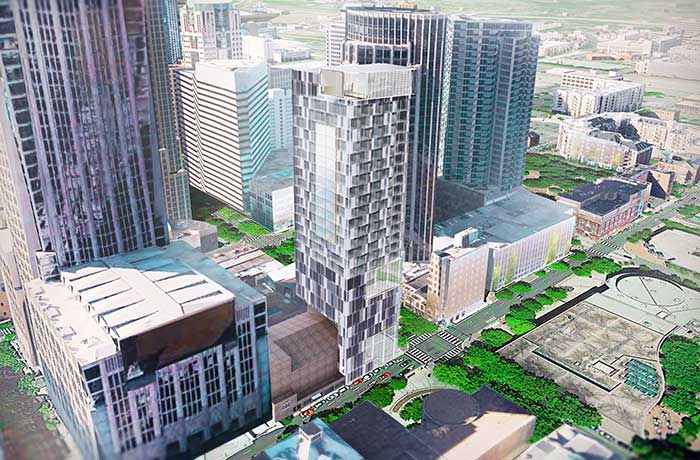 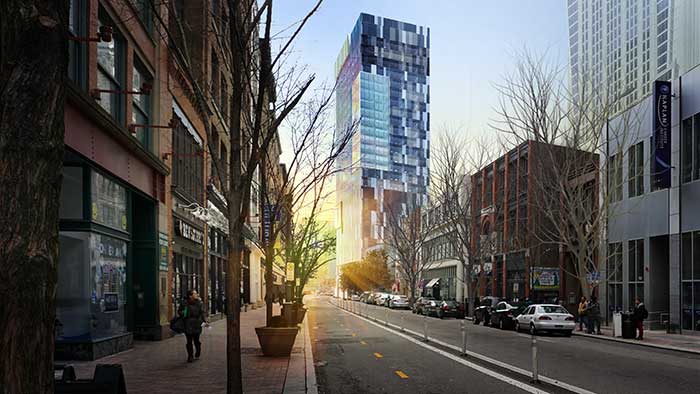 Valor hopes to begin construction in mid-2016, about the same time as the theatre renovation. Everything is expected to be done by sometime in 2018. Once completed, the hotel will have a national brand, but Valor will continue to manage the property.

Downstairs, the plans for the lobby and theatre itself remain largely unchanged. [See Agenda story — Insight: This is why the Carolina Theatre renovation works]

The foundation still plans to recreate the two signature marquees — a vertical one for the outside of the building and the larger horizontal marquee on the original facade inside the lobby. 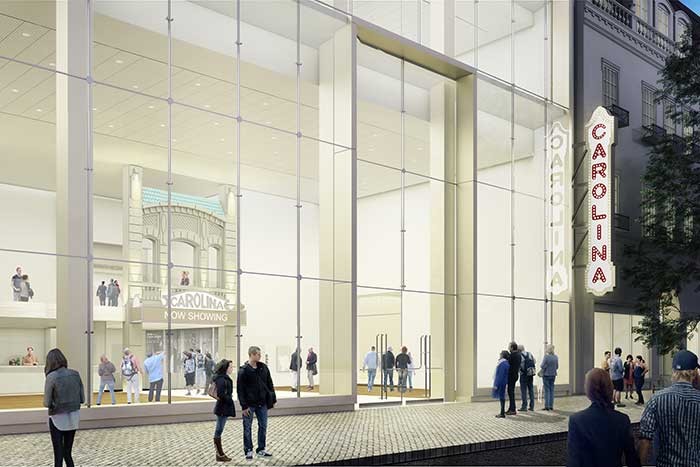 The whole block will get a new brand, too: Belk Place. The Belk family made the largest gift toward renovating the theatre.

Together, it will set the stage for continued development along North Tryon Street. Right next door, plans are already in the works to redevelop Spirit Square and the Main Library, and the broader vision is to turn the area into a modern urban environment.

“We hope that this is the ball that starts rolling down North Tryon,” Smith said.