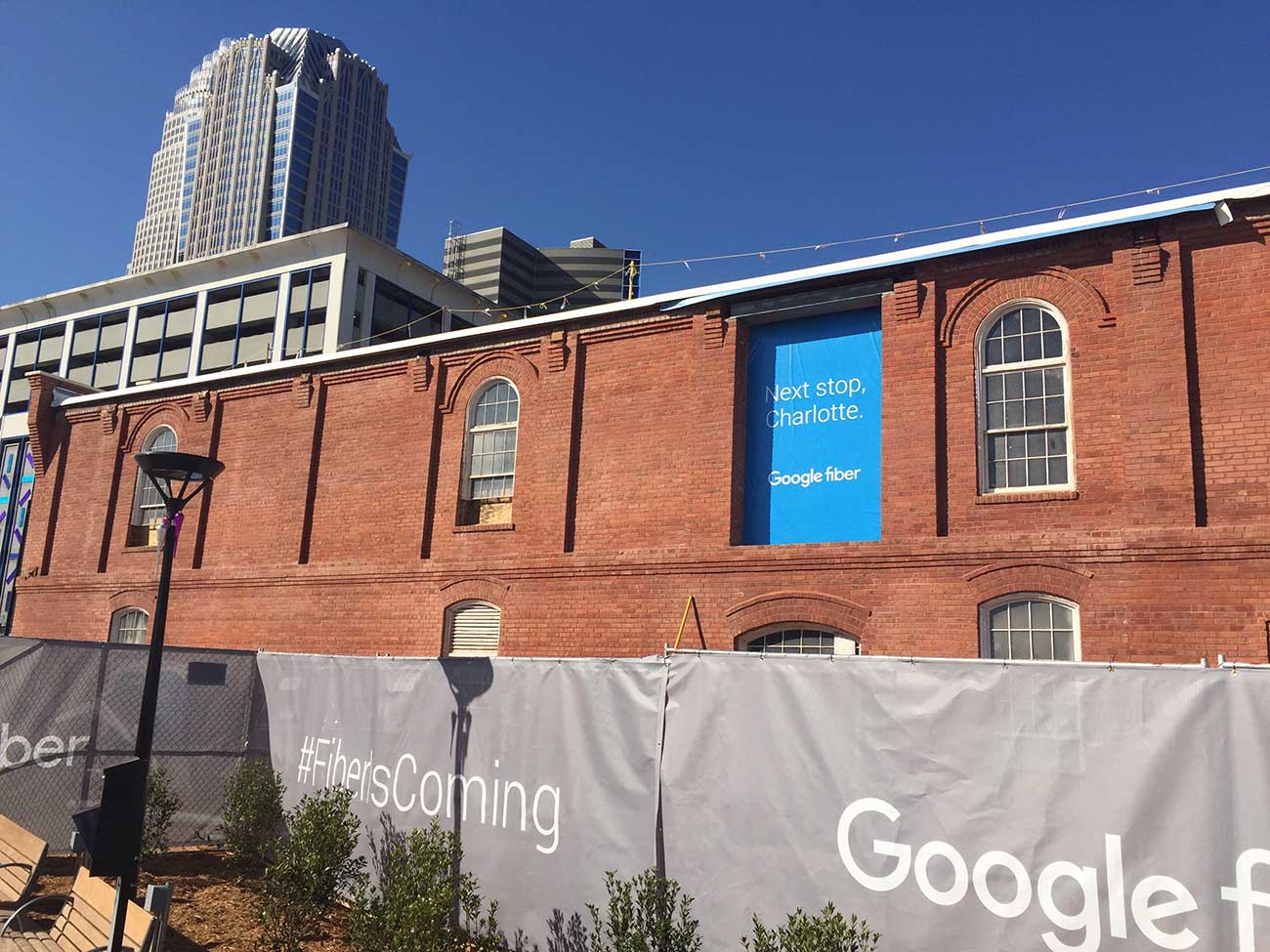 I’ve gotten questions for months about what was going on to that historic building that most recently was Dixie’s Tavern — and we now have our answer.

Google Fiber’s corporate team will have their offices in the space, formally known as the Philip Carey Building (a historic landmark). Once Fiber starts rolling out, people will be able to go in and test drive the Internet service and sign up. Community groups and nonprofits will also be able to reserve a room for their meetings, and Google will host regular community events like movie screenings and computer training.

Developer Daniel Levine made the announcement just as he helped cut the ribbon on neighboring First Ward Park. Everybody’s hopeful that the park and Google Fiber announcement will start the dominoes falling on the $700 million redevelopment plan for the neighborhood. 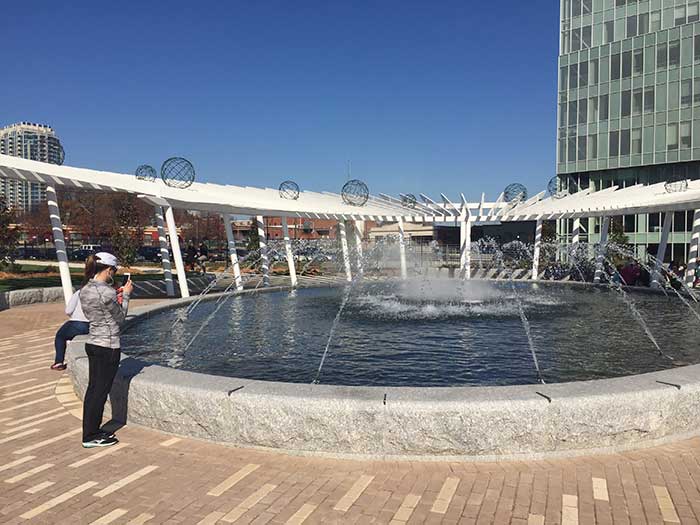 The building is currently in the midst of a substantial renovation. This includes new doors, windows and skylights, but the biggest thing is an atrium that runs through the center of the building. Construction will last into 2016, and the building should finish up sometime before the end of the year. 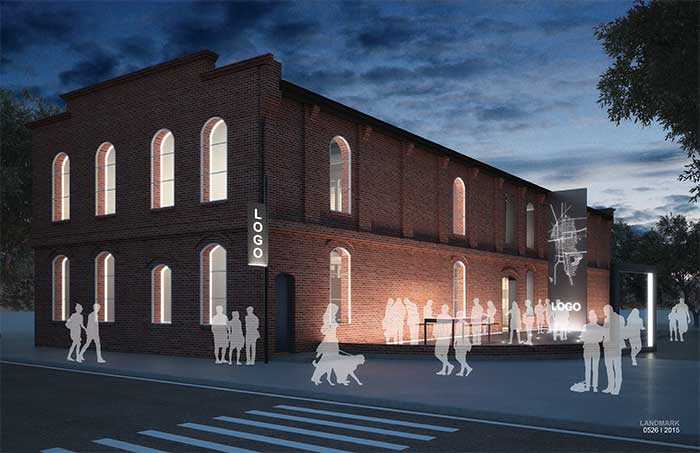 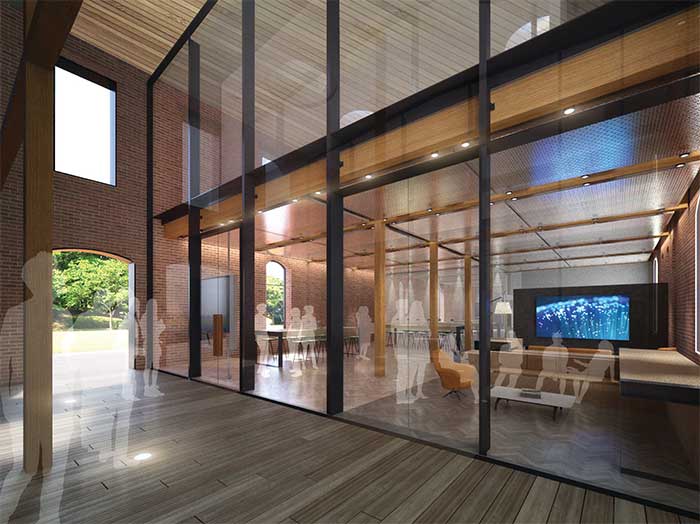 The Philip Carey Building was constructed in 1908, and this project is a nice use of historic space. It also fits in with the types of building Google Fiber has booked in its other cities around the country. The company has typically picked highly visible locations in city centers.

In cities like Kansas City, Google has had more local touches in its Fiber Spaces, like serving snacks from local bakeries or featuring local artists. 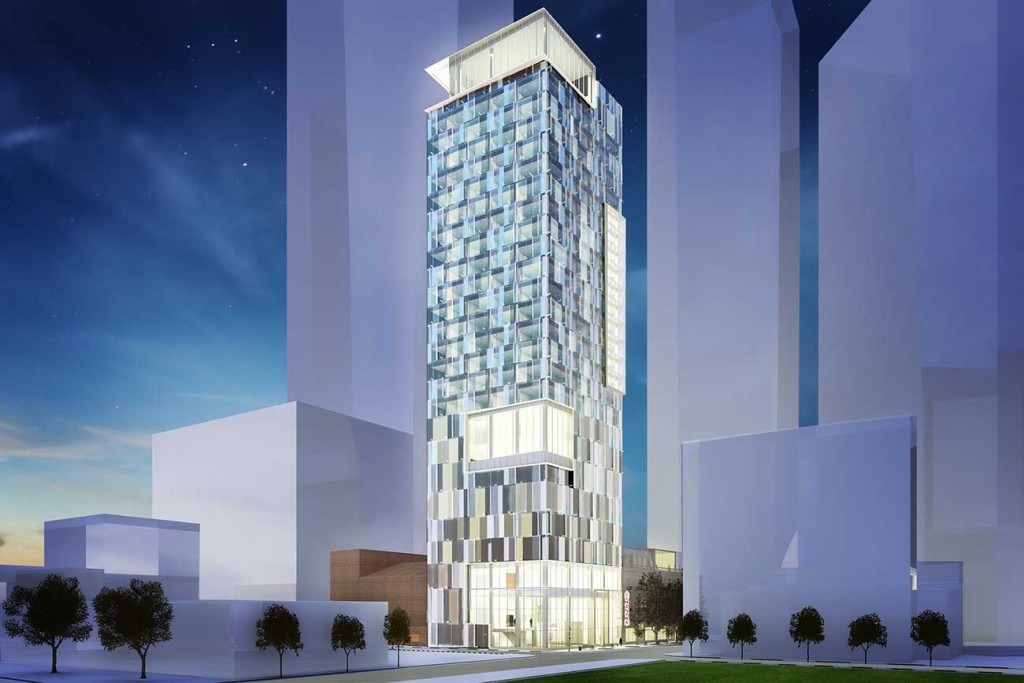