Exclusive: Inside the manic, magical four-week dash to create Ever Andalo 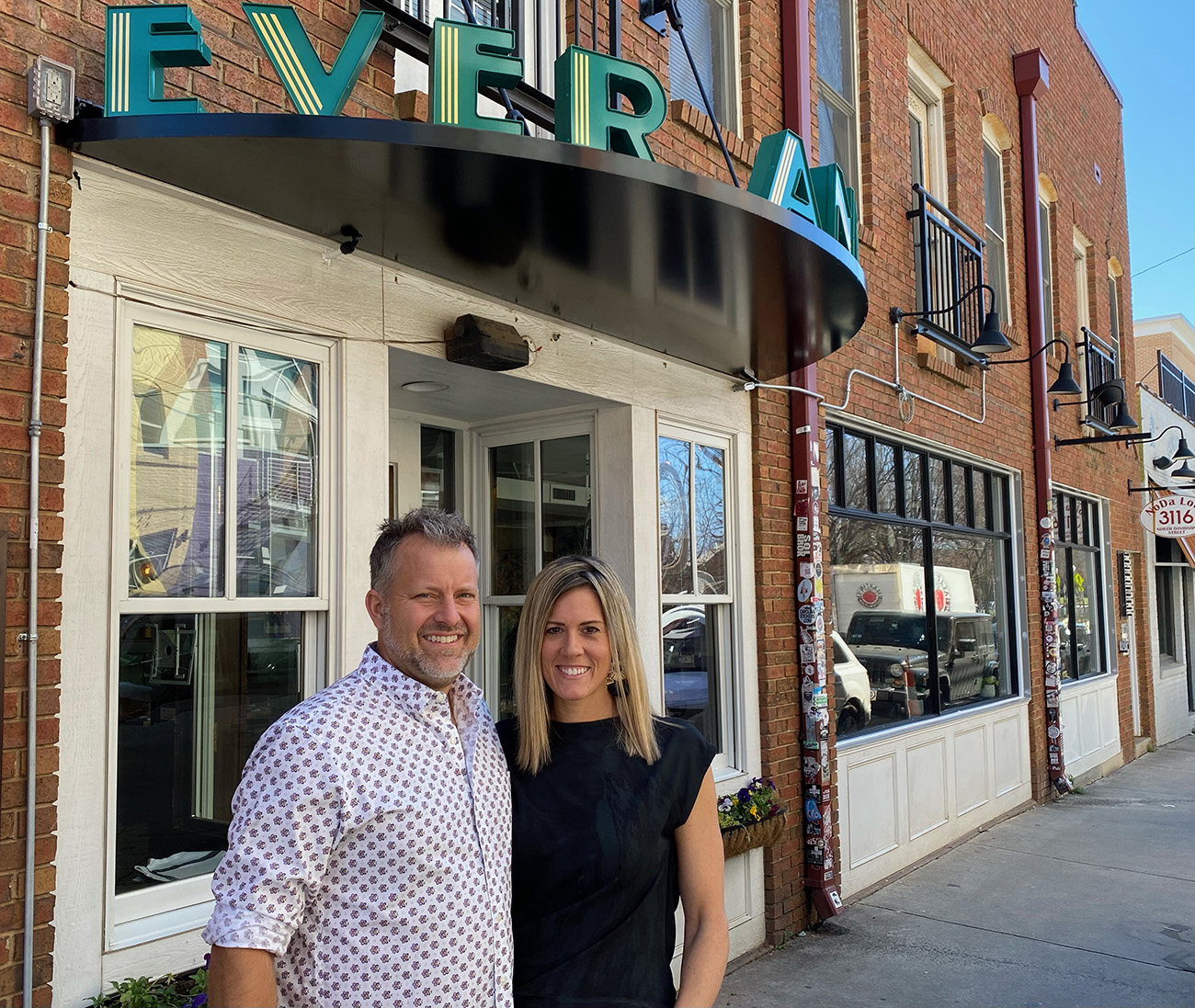 The butter knife rests diagonally across the bread plate.

This may not matter to you, but it does to Jamie Brown.

It’s this past Sunday and we’re at a “practice night” for Ever Andalo, the new upscale Italian restaurant Brown and her husband Jeff Tonidandel are opening this week.

What’s happening: Brown and Tonidandel, parents of three children and five restaurants, spent February pushing themselves and their team through a “blitz buildout” as they flipped Crepe Cellar.

They closed that highly regarded restaurant on Jan. 30 and plan to give birth to the new place this Thursday.

During the four-week buildout, they were hit with late supply orders, a case of COVID for a key staff member, a silverware backup, a window delay, some espresso lessons and teachings for waitstaff on Italian wine. And they did it all with a new chef brought in from Raleigh.

Why it matters: The culinary couple is following their smash-hit, Supperland, with this gamble: Crepe Cellar fit NoDa like an old pair of socks, its black awnings one constant in a shifting neighborhood. 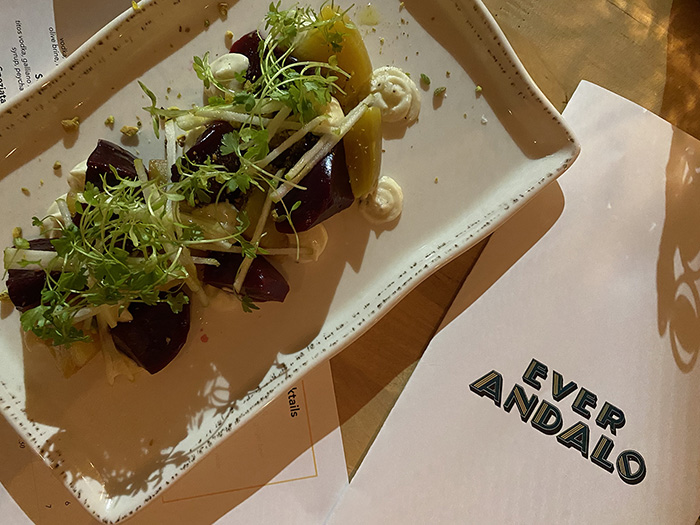 State of play: The couple let me follow change-over process from start to finish. I dropped in a couple times a week over the past month. Each time, I kept asking the same question in different word costumes: What, exactly, were two successful people in their 40s thinking when they decided to fly through the jet wash of Supperland’s success?

But it’s more than that. They opened Crepe Cellar in 2009 during the recession with 11 tables, then bought the yogurt shop next door to make it 18. They expanded to Growlers. They launched Haberdish down the street, becoming successes in an industry that often spits out failures. Then they bought a church and turned it into Supperland, and suddenly they were big-wigs on the restaurant scene.

As I watched them train their staff, sending dishes back time and again for more of this or less of that, it was obvious that Ever Andalo isn’t the next big thing in their progression; in a way they’ve progressed this far just so they can go back to Ever Andalo. Fifteen months after they got married in January 2006, they put everything they owned into storage, quit their jobs and booked a flight to Europe for a backpacking trip with no scheduled end date.

Tonidandel’s father’s family is from Italy.

One sniff led to another, and soon they were all the way down the rabbit hole, spending six weeks chasing his family heritage.

They turned the trip into an eight-month adventure.

When the couple returned to Charlotte, they had a new outlook: “When you travel, you allow yourself to get greedier about life,” Brown says.

She became pregnant in early 2009, and one night the backpacking dreamers went to dinner at Brixx Pizza on East Boulevard.

Brown continued working full-time in marketing for stability and health benefits with a baby girl on the way.

The next year, they bought the space next door at 35th and North Davidson. Tonidandel was getting into craft beer, as was most of Charlotte, so they called the spot Growlers for the popular vessel to take beer home.

At that time, Charlotte’s unemployment rate was over 10% and some center city buildings were left half-constructed, with cranes stopped still. But folks could come to Crepe Cellar or Growlers and have a nice meal for less than $30 — ideal for a post-recession world.

Brown stayed on edge about finances and kept her marketing job. Isabella was only a year old when they bought Growlers, and Eli came the next year; four years later came Isaac. 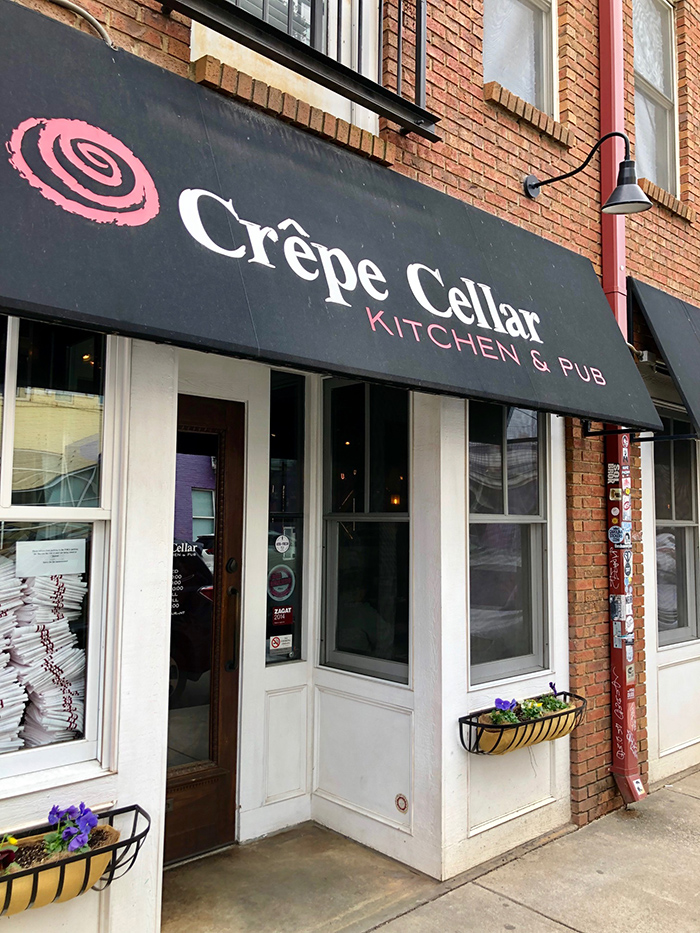 In 2016, they opened a spot down North Davidson Street that hoped to tap into Charlotte’s fish-camp and fried-chicken roots.

They spent months researching what life was like in north Charlotte when most residents worked at the mills and the streets were still dirt.

Haberdish would be, they hoped, a modern version of those old spots on the Catawba River like Riverview Inn or Twin Tops, or takeout places like Price’s Chicken Coop.

The idea was fitting in 2016 for a city on the mend from the financial collapse, where people were spending money again, but still cautious and seeking comfort food and stories from the past.

Haberdish was an overnight success, reservations booked and lines out the door from brunch through the nightcap hour.

One year later, they opened a doughnut shop next to Growlers. And two years after, they made their biggest purchase — an old church in Plaza Midwood across from Harris Teeter, where they dreamed up Supperland.

Renovations and a whole lot of pandemic anxiety later, Supperland debuted in early March 2021. It was, in a city that likes to rave about what’s new and hot, without question the hottest new restaurant of the year.

It was a step up from all of their previous restaurants, in every way, including prices. But for a couple raising three kids on fried chicken, doughnuts and a beer bar, it felt like time for an increase.

Their message reminds me of the chalkboard signs I’d see in places around the docks of the Chesapeake where my dad was a charter fisherman: “Fresh seafood ain’t cheap, and cheap seafood ain’t fresh.”

Suddenly the small-business entrepreneurs were in demand. They had 150 employees. And investors and real estate agents throughout the Carolinas called weekly, hoping to open a new concept.

All the more reason their news at the end of 2021 was so compelling: Instead of taking the realtors’ offers to launch in an untouched space in one of Charlotte’s new mixed-use buildings, they took the tougher path. 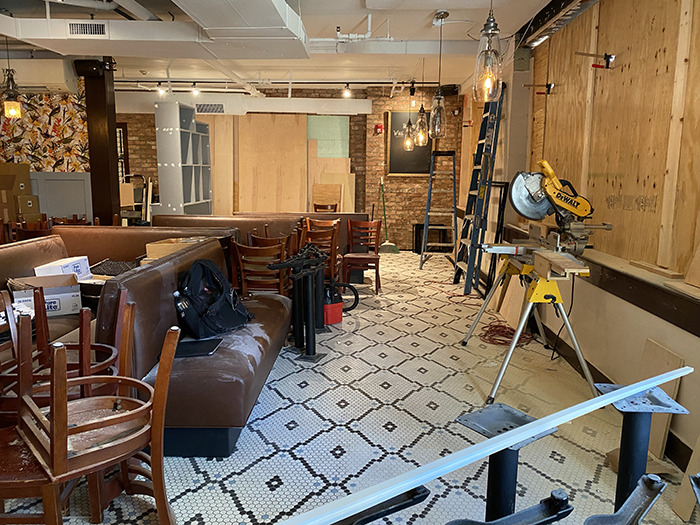 On the Friday after Crepe Cellar closed, the restaurant looked ransacked.

“It felt like putting a dog down,” Brown told me that first week. “You don’t want to do it but there comes a time when you have to.”

Maybe that’s why she and her team debated things like the butter knife — a baby step she could control.

While she focused on plating and wallpaper and aesthetics, Tonidandel directed the taste.

They treated it like training camp: “We’re never going to get these guys to the place they need to get to without making a lot of mistakes,” Tonidandel told me.

As they toiled, construction crews ripped out fixtures. The scene was chaos, controlled: conversations about pasta interrupted by the zip of circular saws interrupted by equipment deliveries.

Hughes taught the staff about the bar program; sommelier Michael Klinger went through the wines. 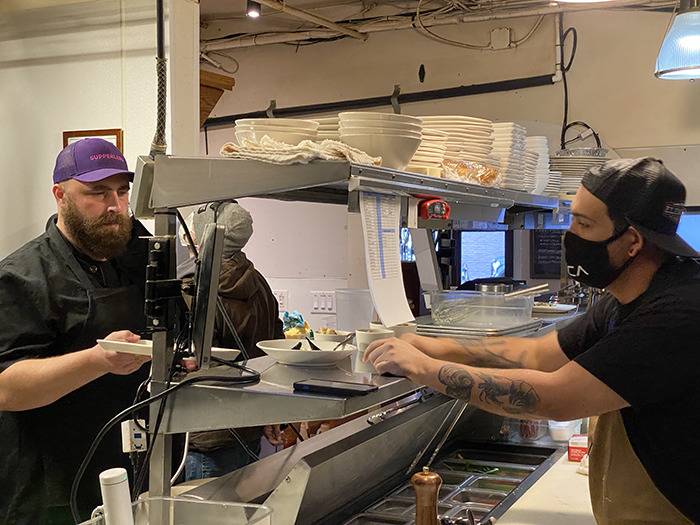 Liana Sinclair is the head pastry chef at Supperland, and she developed the dessert menu at Ever Andalo. Photo: Michael Graff/Axios 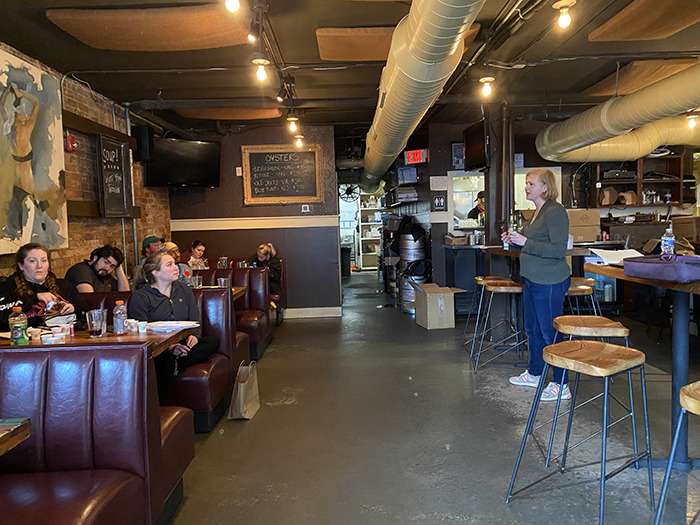 Saturday into Sunday, between practice nights, the cooler went down. They lost all the food they’d prepped and had to start over.

My wife and I ordered beets, the Calabrian chili pappardelle (spicy), tortellini and short rib, and wound up with a lot to take home. I had a coffee-flavored cocktail called Caffè with Count Negroni (maya aged rum, Campari, vermouth, topped with cold-brew coffee).

On Monday, I stopped by one last time to take some photos and talk about what went right and what didn’t.

And that, in some ways, is the story of Ever Andalo — a place where the best addition is subtraction, and the best way forward is going back to where you started. 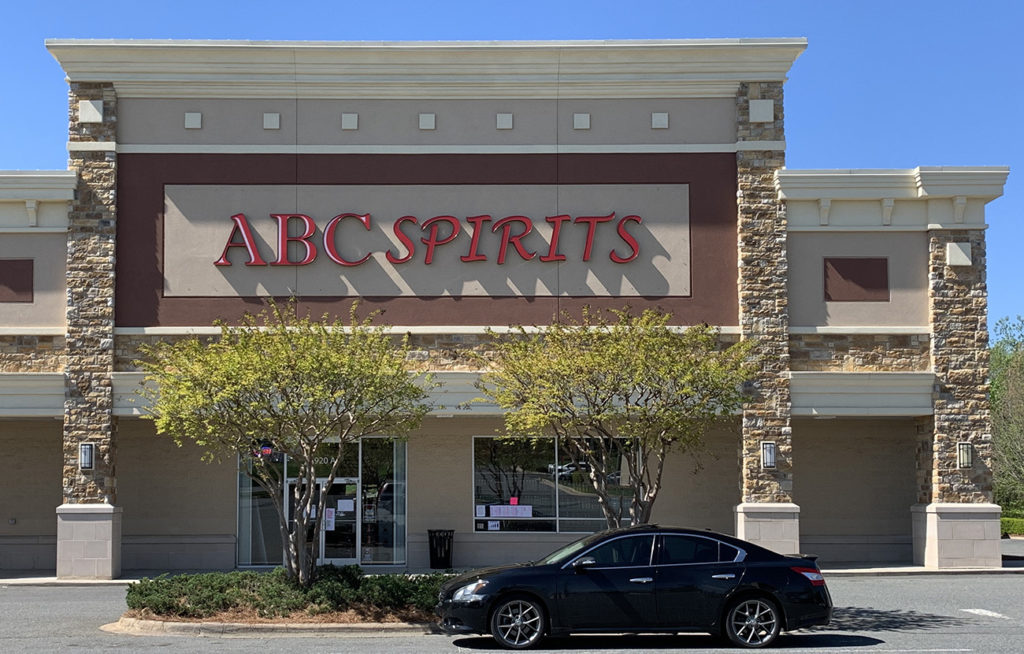